South Philadelphia West is home to a varied community of residents; some owe long-time family roots to the area while others have origins from across the globe. Immigrant-owned shops catering to the specialties of home give residents a substantial choice in eateries, places of worship, and hair salons.

More than 10 traditional hair braiding shops exist within close proximity of each other in the 19145 zip code, which includes the communities of Point Breeze, Newbold and West Passyunk.

A historically diverse working-class area, 13.4 percent of current residents are foreign born, with about half that population having gone through the naturalization process, according to the 2014 Community Survey. Of the more than 6,000 immigrants living in this area, 92.8 percent came to the United State before 2010. These figures correlate with the establishment of the braiding shops below, all of which have tenures of six to fifteen years.

The tradition of hair braiding is a strong feature of the African culture and identity that is alive in South Philadelphia West. 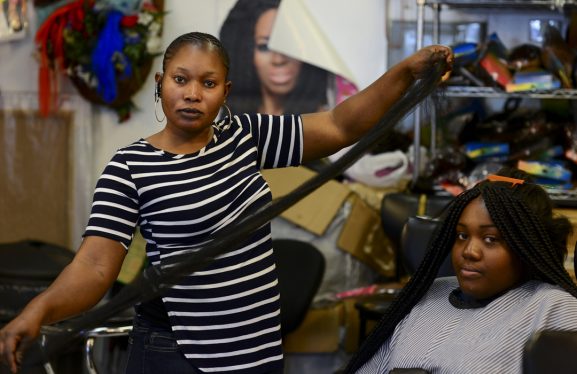 Selbe’s African Hair Braiding is the first in a long line of beauty shops that can be found with a trip to Southwest Philadelphia, just steps off of the Snyder stop on the Broad Street Line. Outside, the sign reads “Ask for Ami,” the adopted name of shop owner, Fatoumala Coulibali. The small shop has been in operation since 2006. 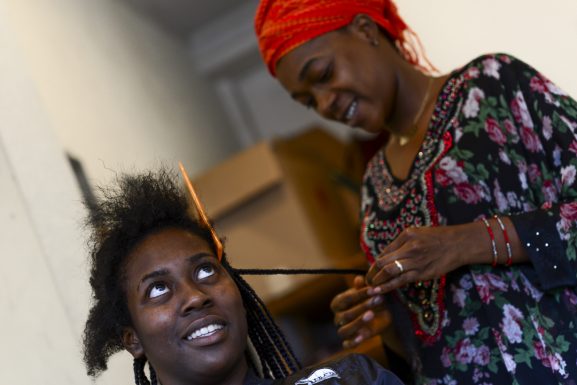 Klrahn, 17, of Moyamensing received box braids by shop owner, Asetu, at Fatu’s Hair Braiding. The small shop, which opened in 2006, is tucked away with little signage on Snyder Avenue. Asetu can only accommodate one customer at a time in her private salon, by appointment only. 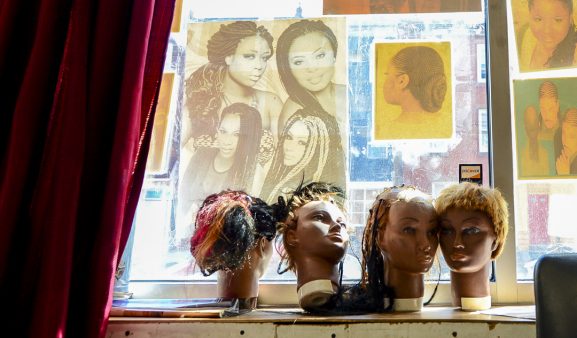 The owner of Samadu African Hair Braiding goes by Ami, a popular nickname amongst beauty shop owners in the heavily immigrant populated area. The dimly lit shop, open since 2007, sports colorful windows papered with a photo menu of hair services that accommodate a variety of hairstyles and textures. 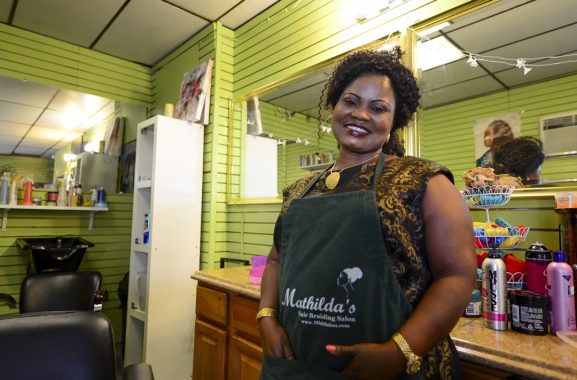 Mathilda’s Hair Braiding Salon has the largest reputation of the braiding shops in the area, coming in as the first result on Google with ‘South Philly hair braiding.’ Owner Mathilda Akanya, originally of Togo, has since branched out from her initial salon on Woodstock to opening a second location several blocks away at 2100 South Dorrance Street. Mathilda’s experience in the Newbold community has surpassed 15 years, offering a range of services ranging from Senegalese Twists to Marley Braids. 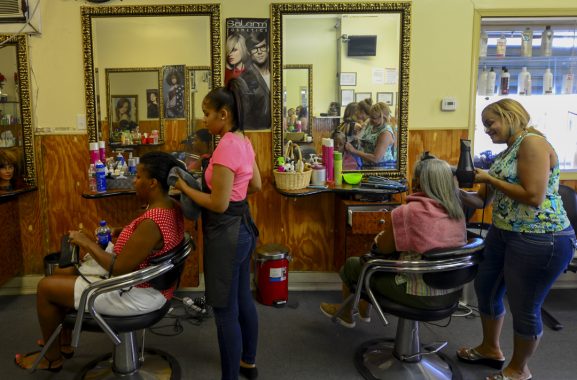 Text and images by Brianna Spause and Maggie Andresen.

Artist and teacher Ronald Kustrup hopes to combat violence with art in Point Breeze. The KIND Institute at 1242 Point Breeze Ave. will open to the public Saturday, Oct. 31. The Institute will celebrate its grand [continue reading…]

Point Breeze: The Breeze Is All Business

Just about all of the Point Breeze business buzz is rooted near the rapidly gentrifying Newbold section, where craft beer vendors and a yoga studio vie for street space with Dominican and Indonesian corner stores. [continue reading…]

Newbold: reNewbold a ‘Game-Changer’ for Neighborhood

Despite a barrage of snowstorms and nearby gas leaks this winter, LPMG Companies’ reNewbold project at 16th and Moore streets still has Fall 2014 in the crosshairs as a completion date, with the nine-home-construction Phase [continue reading…]