While the nation awaits President-elect Donald J. Trump’s inauguration, there remains an uneasy feeling among some members of the Tioga community as they wait to see what unfolds.

However, community leaders like those associated with Tioga United are determined to keep the conversation moving forward within the neighborhood by encouraging people to join the discussion.

Tioga United is a 20-year-old nonprofit organization led by co-founder Verna Tyner. Prior to becoming the president two years ago, she served eight years as community coordinator and 10 years as treasurer. Tyner has been a part of the neighborhood for many years and believes she understands the needs of her community. 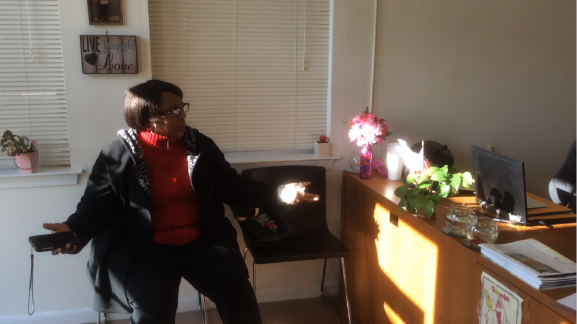 “I feel personally that this year’s election will be a wake-up call for those who for many years were not active in the community or even elections,” Tyner said. “I believe people in our community, for the first time, (are) realizing the importance of planning as a community and trying to unite in unity for the sake of our own communities.”

Tyner believes the organization has been impacted as well.

“I have witnessed more neighbors coming out to our monthly meetings than ever before because I believe we are all concerned about the future,” she said.

Sheila Howard (photo at top) is a member of the organization’s board of directors and focuses on community development. Howard said she is not optimistic with Trump as the president-elect of the country.

“From where I sit, I am hoping that with recount that is going on that there will be some kind of halt,” Howard said. “Based on his proposed (Cabinet) picks, I forecast devastation in some key areas primarily in education, health care and the one thing that nobody is talking about yet because you have to be in office to do it is the Supreme Court pick.”

Howard is still looking to get the people of her community ready for when Trump takes office.

“One of the things we plan to do around the economic issue is some job readiness training because sometimes we are in contact with employers,” Howard said. “The other thing that we are taking on is housing. We want to be able to provide counseling for first-time home buyers.” 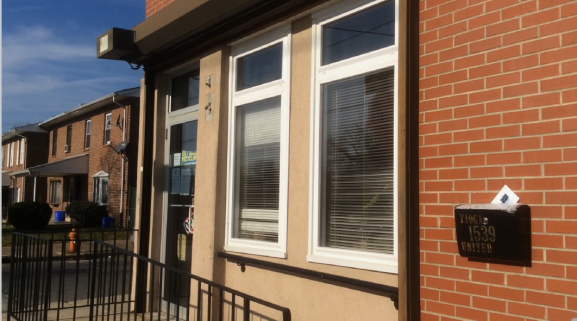 The assistant vice president of Tioga United, Juanita Stevenson, is also disappointed by the outcome of the election. She has sensed displeasure within the community.

“I worked on the polls, so I heard the responses coming in,” Stevenson said about the election night. “I was shocked at the votes at the night time because we had six Republican votes.”

Even though Stevenson was disappointed by the outcome of the election, she still plans on operating as usual to try to improve the community in a positive manner.

“I don’t think we’re going to let Trump being elected president affect what we have to do, ” she said. “We’re going to move forward like we been doing to help the community and to make it better.”

— Text, video and images by Chris Mastrobuono and Rasheed Reynolds

https://vimeo.com/22915631] Connecting with the community is a common trait shared by all local politicians, but not all have the experience needed to successfully represent their constituency. With more than 20 years of Philadelphia government […]

For more than four decades, the North 22nd Street Merchants Association has dedicated its services to businesses along the corridor that stretches from Lehigh Avenue to Allegheny Avenue along 22nd Street. Since the 1970s, economic struggles […]

https://vimeo.com/65740632] A number of schools are scheduled to close after a vote by the School District of Philadelphia. Of the three schools in Nicetown-Tioga, two are staying open and one is closing. The closing of […]