While 15-year-old Natalie Dove awaits to defend her No. 1 junior women’s boxing ranking in the amateurs, she is focusing on her bigger dream: Winning the 2020 Olympic gold medal for her gym and country.

“It’s almost here and I am ready,” said Dove, who has been training for the gold since she was 11. “I just want to get my hand raised every time I step in the ring, so I push harder.”

The 5-foot-2-inch, 101-pounder trains with head trainer Mike Cassell and her father Ronald Dove at Philly’s Next Champ gym in Bustleton, where she is preparing for her upcoming tournament.

Winner of the 2016 USA Boxing Nationals and two-time winner of the Women’s National Golden Gloves, Dove left a lasting impression on Cassell the first time she took his class. 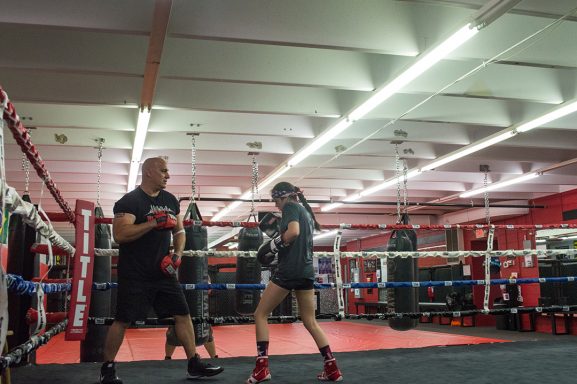 “She had a natural rhythm,” Cassell said. “She stood out from everybody else.”

Cassell told her she would win a gold medal the first time he worked with her.

“I think even her mom laughed at me,” Cassell said. “Her mother would tell me I’m crazy.”

Dove’s mother, Elsie Echevarria, first brought her to the gym in 2013.

“I was raised around boxing and boxing gyms,” said Echevarria, whose father fought as an amateur. “I absolutely love the sport.”

“As a woman, I know people look down on you like, ‘she is definitely not going to be able to win the gold,’” Dove said. “But she did it twice and I know I can do it too.”

Sacrifice and resilience are some of the keys to Dove’s success. Dove has missed family events and hangouts with her friends to train.

“It’s like if you miss one day, that’s one day that your opponent is working and they can beat you just because you missed that one day,” Dove said. “It’s not something I want to risk.”

Quality time with family and friends is not the only thing Dove has to miss. Her typical day during the school year can be grueling. She goes straight from school to the gym to train for four to five hours. Finally, Dove returns home and finishes her homework.

“I’m not saying she has the best grades in the world right now, but it’s probably reflective of the amount of time we spend here,” Ronald Dove said. “I think we need to find a better balance for that.” 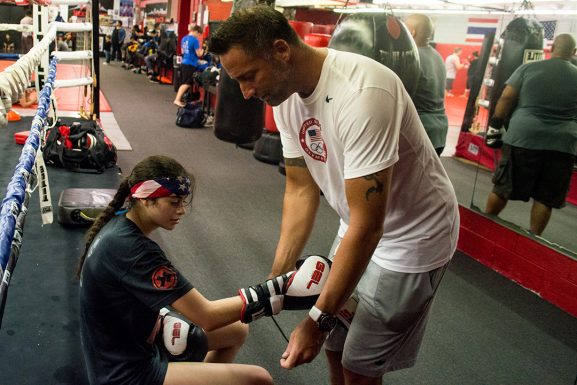 Throughout the year, Dove travels around the country to fight. Ronald Dove said each trip costs about $2,000.

During the school year, Dove travels once every three months, which makes school work difficult for her. Sometimes, she is absent from class a couple of weeks at a time.

“It’s hard coming back and trying to catch up with everything,” Dove said. “You are gone like a week and a half, so you are really lost. Everyone is so ahead.”

The Fox Chase native said it is important for her to travel for fights. She said it helps her prepare for different styles in the ring. 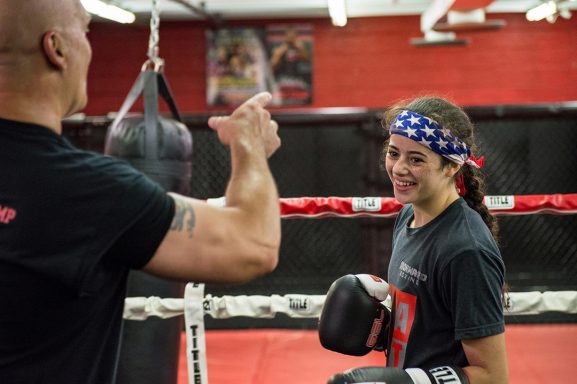 “If you stay in one state and you are fighting these fighters here, you are never going to be able to experience how fighters fight everywhere else,” Dove said.

Despite her successful amateur career, Dove thought about quitting at times.

“I sparred a pro and she was really strong,” Dove said. “We were sparring and I thought it would be so much easier if could just get out, sit down and quit. But I was like, my dad drove all the way up here for me to do good, the least I could do is try.” 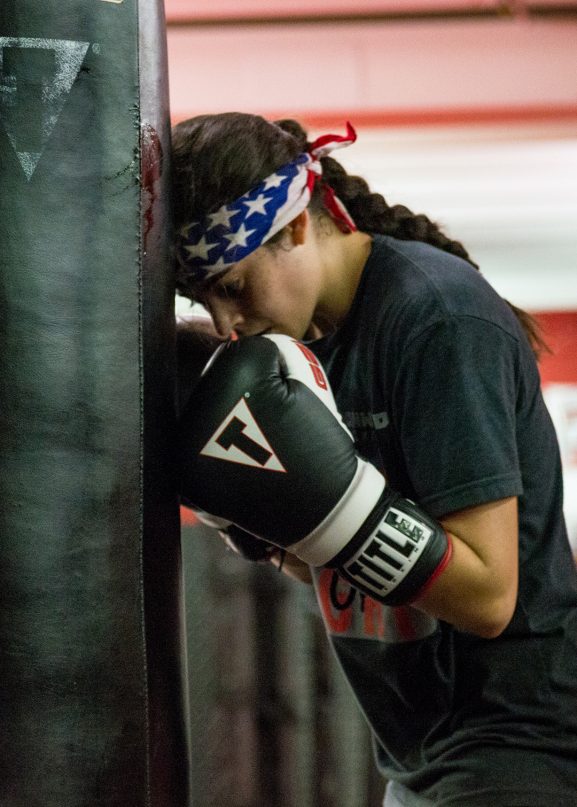 “She works harder than any human being in this whole place,” Mizia said. “She never gives up. She keeps pushing.”

The gym is not just a place where Dove peppers sparring partners with jabs. She also helps Cassell teach his boxing class. She works with young children there weekly. 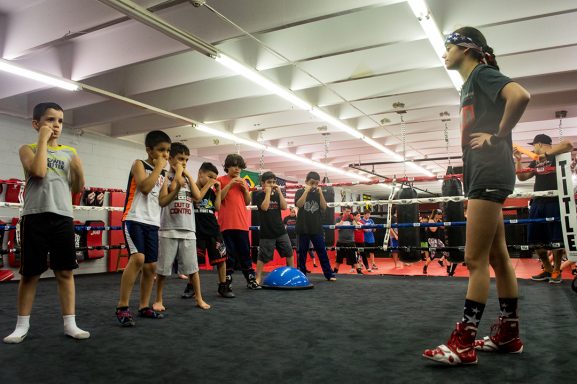 “Everyone really looks up to her as a person and trainer,” said Julianna Herff, who spars with Dove occasionally. “She will be completely honest with you. You don’t have to worry about her sugarcoating anything. She will tell you how it is and how to fix it.”

Mizia praised Dove’s leadership qualities with the young boxers there.

“They respect her very much for her achievements,” Mizia said. “They don’t listen to everyone, but they listen to her.”

Cassell thinks Dove will be able to pay her knowledge forward in the corner.

“I think she is going to be a great trainer someday,” Cassell said.

Fishtown has been recognized as one of the hottest neighborhoods to live in the city. This riverward has a booming and hip arts, drinking and food culture. After eating a warm Bavarian pretzel at Stephen Starr’s […]

Jodi Cianci is serious about her workouts. She trains as if her life depended on it – because it does. “I treat my exercise like a doctor’s appointment,” Cianci said. Cianci was diagnosed with Parkinson’s […]