Peggy Nowak has a house in West Philadelphia that sits next to the lot her old home used to be situated on. Since being torn down, Nowak reclaimed that land to create her idea of a lavish garden filled with everything from milkweed to fig trees. The garden is called Paradise in Progress and is one of many gardens associated with City Harvest, a partnership with the Pennsylvania Horticultural Society.

Paradise in Progress was just one of the many small urban farms to form in West Philadelphia over the last few years, beginning just five years ago. There is a big push for urban farming in West Philadelphia. City Harvest allows people who own or buy plots of land to employ the help of volunteers of any age who are interested in learning more about gardening. 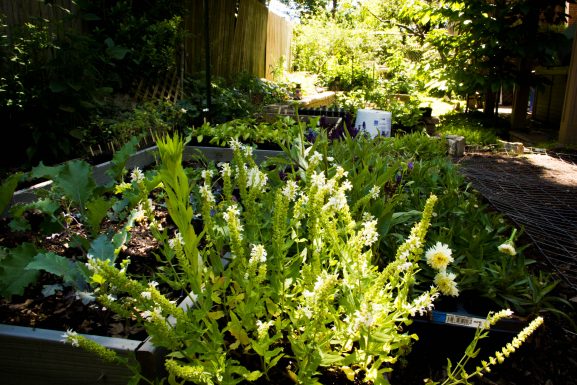 Breah Banks has been volunteering with Nowak for four years. After browsing the Philadelphia Urban Farm Network (PUFN), Banks connected with Nowak who was working alone at the time and has been lending a hand ever since.

“Peggy has introduced me to a lot of people who have been really great connections for me,” Banks said. “Sometimes it’s hard being a full-time student with a part-time job to feel motivated to come here, but there is definitely something therapeutic about it.”

However, gardening in the city is a difficult and sometimes frustrating task.

“We recently lost a lot of our plants to a sickness with the late winter frost and we have had a terrible woodchuck and raccoon problem,” Nowak said. “We’re hoping to replant a lot this spring and create a more sustainable garden.”

Other gardens that formed out in West Philadelphia are Pocket Garden, located at the corner of Greylock Street and Kingsessing Avenue and Farm 51 which developed as a small scale educational farm, located on Chester Avenue near 51st Street. 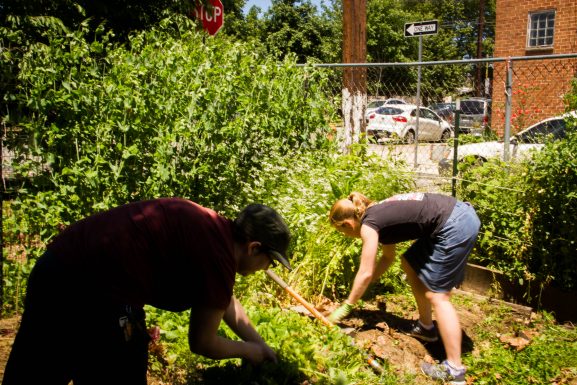 “We have been able to do a lot with the plots of land our farm sits on,” said Andrew Olson of Farm 51. “Although we don’t technically own one of the two lots we use, we are working on acquiring it so we can further develop to provide more for the community.”

Farm 51 began with one chicken and some flower seeds and flourished into a farm that can provide produce and flowers at affordable prices to the neighborhood. 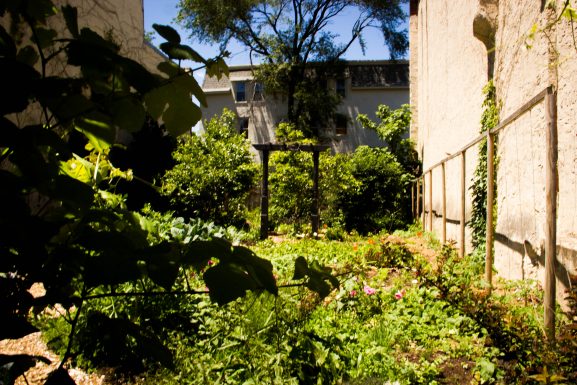 Farm 51 and Pocket Farm both try to educate and provide produce to underprivileged neighborhoods in the city. Banks explained that they have plans to do the same once they redevelop their garden. As urban farming develops and more local gardeners adopt vacant land, more community gardens may be seen popping up around West Philadelphia.

-Text and images by Erinn Kovar.

[vimeo 51598019] Debris has been flying at the Mt. Vernon Manor Apartments, located around 33rd and Wallace streets, since construction began on this much-anticipated revitalization project over a month ago. Most residents have been relocated and [continue reading…]