Initial planning has begun on measures to address pedestrian and vehicle safety concerns near the Vine Street Expressway, or Interstate-676, in Chinatown.

The Delaware Valley Regional Planning Commission, which is the federally designated Metropolitan Planning Organization that serves Philadelphia and eight suburban counties in Pennsylvania and New Jersey, held a kickoff meeting for its “Reviving Vine: Improving Multimodal Connections on Vine Street” project in February.

The goals for the project near the expressway — which opened in 1991 —  are to find ways to “mitigate speeding,” evaluate lane reconfiguration on Vine Street and to “develop recommendations to facilitate safe transportation for all modes and users while supporting a vibrant community,” according to the website.

“I think concerns about the connections over the expressway have existed for as long as the expressway has existed in its current configuration,” said Al Beatty, who is a transportation planner for DVRPC. “So with potential development going on in the area and with a mounting of community concern, it seems like a natural time to get something done about it.”

The next step of the Reviving Vine project is a public meeting in April. A date and location hasn’t yet been finalized.

“What we would like to bring to the community meeting then for this project is that sort of vetted list of ideas,” Beatty said. “‘Based on all of your input so far, here’s what we came up with, and what do you think about it?’ And their response will absolutely weigh into what we present in the final report and recommendations to the city.”

During the meeting on Feb. 16, the DVRPC shared initial data results with the Technical Advisory Committee. The TAC includes members of SEPTA, the city’s Streets Department and the Philadelphia Chinatown Development Corporation, a non-profit organization founded in 1966 that seeks to promote community-driven development and advocate for residents.

On the side of Vine Street, north of the expressway that runs west toward Broad Street, more than 20 percent of drivers travel at speeds greater than 35 miles per hour between Ninth and 12th streets, according to the report. 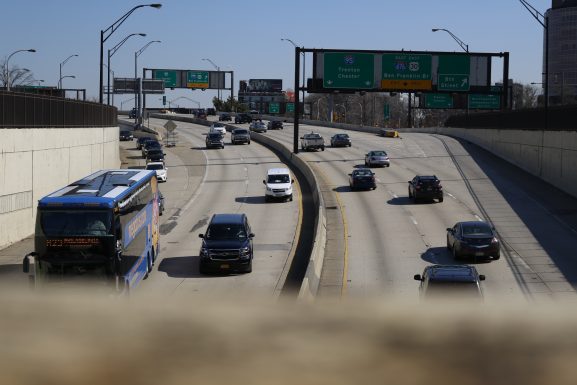 Speeding and crossing distances are the two main concerns people have near the Vine Street Expressway, Beatty said. Citizens can document issues they see along the corridor on an online map run by Vision Zero, an initiative to reduce traffic fatalities and severe injuries to zero by 2030 coordinated between the city’s Managing Director’s Office and Office of Transportation Infrastructure Systems, which includes the Streets Department.

For example, more than 20 people have reported speeding at 10th and Vine streets and more than 10 reported an accessibility issue. This intersection is the most commonly used to cross Vine Street, said Sarah Yeung, who is the director of planning and senior project manager for PCDC, because of the wider pedestrian bridge and presence of the 10th Street Plaza.

At 8th and Vine streets, where vehicular traffic departs and enters the expressway, community members reported speeding, long waits to cross, long distances to cross and a missing crosswalk.

Some people will circumvent that intersection altogether and cross Vine Street at 10th because they feel unsafe, Yeung said. Eighth Street from Vine to Allegheny Avenue is part of Vision Zero’s High Injury Network, a group of 12 percent of Philadelphia streets where 50 percent of all traffic deaths and severe injuries occur.

Most people don’t walk north of the Vine Street Expressway near Chinatown, Yeung said. The area north of the expressway is different than the one south of it, with more vacant lots, industrial buildings, offices and entertainment venues, she added.

As initial traffic models are being conducted, the feasibility of removing lanes, reconfiguring lanes or creating bump-outs, or curb extensions that reduce crossing distances and increase visibility for drivers and pedestrians, are being considered.

“We’re trying to get vehicles through, yet create pedestrian-friendly crossings,” said Kelley Yemen, the director of the Complete Streets initiative within OTIS that seeks to make streets safe for all users. “Because if you can easily cross a street, you’re more likely to see the shop on the other side of the street and go there, and it enhances the livability and liveliness.”

The most affected populations are children, the elderly and disabled people, Yeung said. In PCDC’s early days, the organization fought to save the Holy Redeemer Chinese Catholic Church and School from being impacted by the expressway’s construction.

A more recent advocacy effort related to the expressway was the PCDC’s Safe Routes to Schools and Parks report and parade from last fall.

“What does that say about the value of an immigrant community to society that just a few blocks away our visitors in Chinatown are able to walk our streets safely and to feel comfortable, but the folks that live there can’t do that?” Yeung said. “And I think that is the larger impact and message that the community receives beyond the danger, beyond the inconvenience of Vine Street and other streets in Chinatown, it’s the message that we’re not valued.” 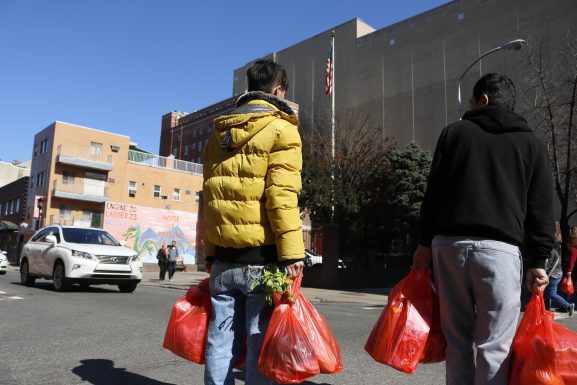 Mt. Airy resident Robin Miller confronted City Councilwoman Cindy Bass in a meeting on Sept. 26 on her controversial bill to cut down on building new child care centers in the area. “I think if [continue reading…]