Donna Henry loves the feeling of helping someone in a tough situation. It’s part of why she loves working for the Southwest Community Development Corporation.

She first went to the Southwest CDC for a position she thought was preservation-based. She was quickly appointed the executive director of the organization, a position she has held for more than 23 years.

Tell us a little bit more about yourself and why you decided to work here.

My undergraduate degree was in architecture with a minor in historic preservations and when I moved to Philadelphia – which is where my parents were originally from, and my grandparents still lived here in the neighborhood, there was a position here at Southwest CDC.

I was under the impression that someone would rehab houses in Southwest. It appealed to me because I lived in the neighborhood, and I was very much interested in historic preservation. When I came to Philadelphia and saw the deterioration of all the housing, there was definitely an interest in doing something about it.

That position wasn’t about rehabbing houses. It was tracking the houses that were vacant or dilapidated and turning that list into the city. But I was here as an employee by then and I grew to understand the importance of an organization doing something to help the neighborhood as a whole.

I became the executive director after about 18 months. Just this past February, it has been 25 years since I have been here as an employee.

Definitely over time I have realized the importance of helping people with their utility bills. If people are not able to get help, then they go to dangerous methods of heating their house that can lead to fire that can lead to destroying a house or two or three or even four depending on the fire.

We’ve grown the organization. We’ve added housing counseling. When we added it, it was to educate people to buy their first home and stay out of trouble, not have mortgages where they were being taken advantage of.

In the mid-2000s, we started to see people who had mortgages who were falling behind and then with the recession, we virtually stopped doing first-time home buyer counseling just because there wasn’t anyone coming in for it. But we were seeing hundreds of people a year who were behind on their mortgage. 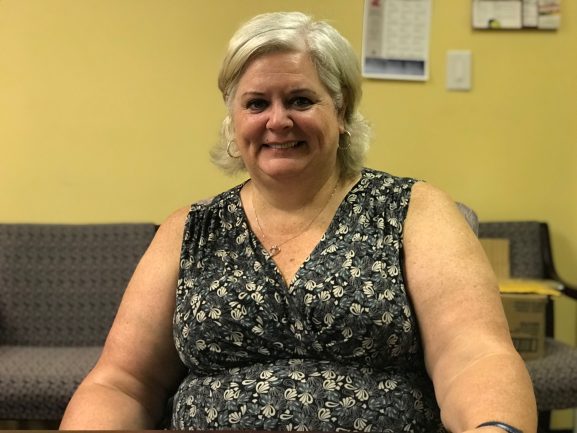 What do you do within your role as executive director?

We’ve got people who are on sort of the frontline who see the clients with utility assistance, the housing counseling. We have a community organizer. We’re doing economic development activities. We have an employment counselor. We run an after-school program.

It’s making sure that everybody has what they need. There is an operations manager who makes sure throughout the day that things are functioning, and a good chunk of my time is writing grants, trying to get more banks and foundations, corporations to support the organization.

What is your favorite part of what you get to do? 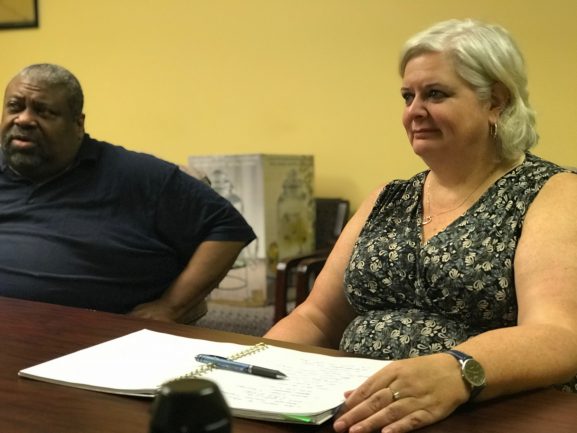 Is there a moment or a memory or something where you really felt like “this is what I’m supposed to be doing?”

There’s not one moment. I think seeing Woodland Avenue clean, things like that. We worked very hard to raise private money for years before we had a city contract, so it’s very rewarding when something like that happens. So, it’s those kinds of things.

We worked really hard to get housing counseling. It seemed like it was forever – 20 years ago when it took two years for us to be able to apply and get accepted to be a housing counseling agency. During those two years, it was very frustrating that it seemed to take so long, but it’s very rewarding that the city thought we had the capacity to handle those programs. 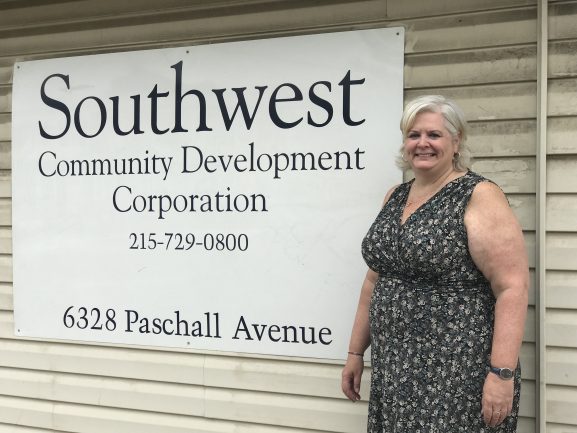 What is the most challenging part of your role?

I’m not a natural sales person, so I think that that is more challenging for me to go into a room of people and be able to work the room and sell Southwest CDC. I’m much more reserved in those situations.

Anything else you’d like to add about what you guys are doing at Southwest CDC?

We also put out the community newspaper twice a month and one of our current goals is to really grow that. It’s a way for us to get the good news out to the community so that we hear what the churches and community groups and the schools are doing and which students have gotten awards.

We can say how Bartram High School has turned around in the last couple of years from all of the trouble that they were getting national attention for. That’s not always in the Inquirer or Daily News. We want to be able to say what is happening in the community, so we’d really like to grow that program.

In terms of economic development, we just started a program called JumpStart Southwest, which is modeled after the Germantown JumpStart program that Ken Weinstein started.

Sharon Wasko never thought of herself as an animal enthusiast until she walked a 150-pound mastiff as a favor for a friend. Wasko was an artist looking for jobs and began accepting more four-legged clients […]

[vimeo 80776295] It’s no secret that the School District of Philadelphia has fallen on hard times. The district has to work with the budget it has set and because of this budget there have been many […]

Hunting Park: The Worth of a Dollar

Torres Dollar Plus, located on West Courtland Street, is in the middle of transforming its busy walls into something a little more divine. Going from a local thrift store to a community worship center, this […]