The Community Education Center, located at 3500 Lancaster Ave., is a nonprofit organization founded by community members in 1973. Housed in a former Quaker school and meetinghouse, the building is now filled with artists of all forms.

On any given day, visitors can find African dance classes, yoga sessions, art workshops and more. The space also has a theater and dance room for performances.

Ozzie Jones (pictured below) teaches weekly acting classes and has been the center’s stage and film director for more than 20 years.

He makes his students not only act, but also write their own monologues. It’s important for his students to create their own narratives, he said, as he helped a student prepare for a big performance. 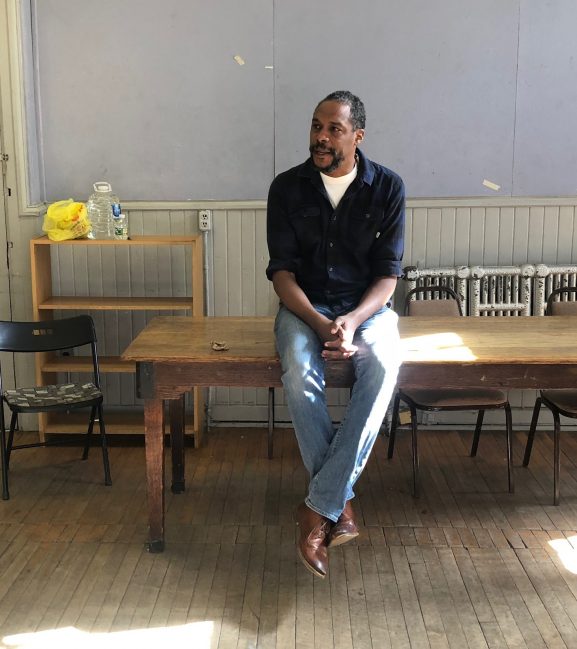 “People of color, it’s imperative to add to the cannon,” he said. “You give me the active process of telling your own story, so you’re not put into a representation.”

Jones’ student Sheena Knight (pictured below) loves his teaching method and was looking for someone to push her writing. 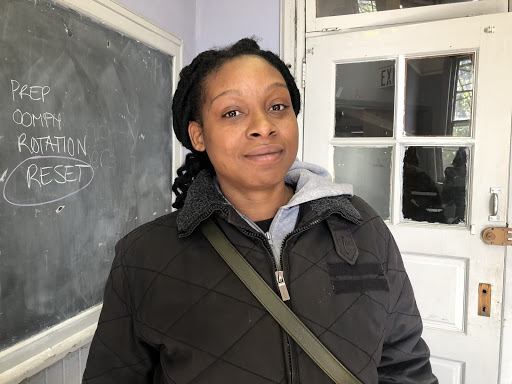 Another student of Jones’, Roni Graham (pictured below), wrote and starred in her own show Tuesday, Oct. 23., a comedic one-woman play about an adolescent growing up in Philly. Jones directed her play.

A Mount Airy native, Graham has been professionally acting since 2004 but only began taking the craft seriously since 2009, after she did a show in Atlanta where she received recognition.

“You know, I’m from Philly,” Graham said. “When I’m here, people know me so I expected it when people said I did a good job. [In Atlanta], I was in a different state and people were telling me that I’m awesome.” 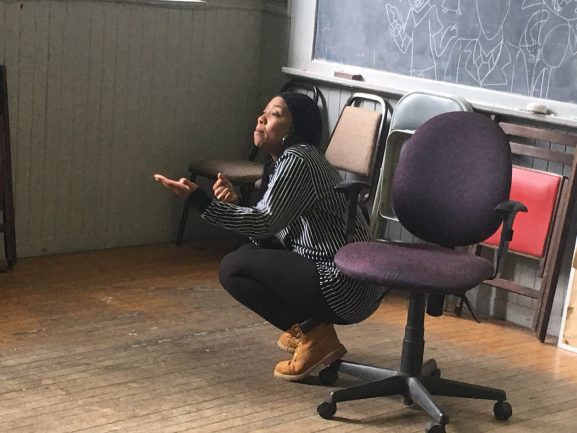 That experience encouraged her to pursue an acting career. Right now, she’s working on three different shows and makes a point to come to the center for rehearsals, read-throughs and classes at least once a week.

For Jones, he loves coming to the center.

“I can create work here as opposed to do what I do for a living and be functional,” Jones said.

https://vimeo.com/38383836] Young aspiring actors gather together at the Francis Cope House, located at One Awbury Road, bringing the words of Shakespeare to life. Suddenly, a room that only housed a fireplace and an oriental rug, [continue reading…]

Chestnut Hill, which is known as Philadelphia’s “Garden District,” is home to artists, an art supply store, art galleries, and the Woodmere Art Museum. The arts live and thrive in Chestnut Hill. Up and down [continue reading…]

Story by Mary Olivia Kram Ben Bass has been a professional actor for the past decade and, over that time, has become accustomed to hearing the same backhanded compliment. “We see that you’re very talented, [continue reading…]