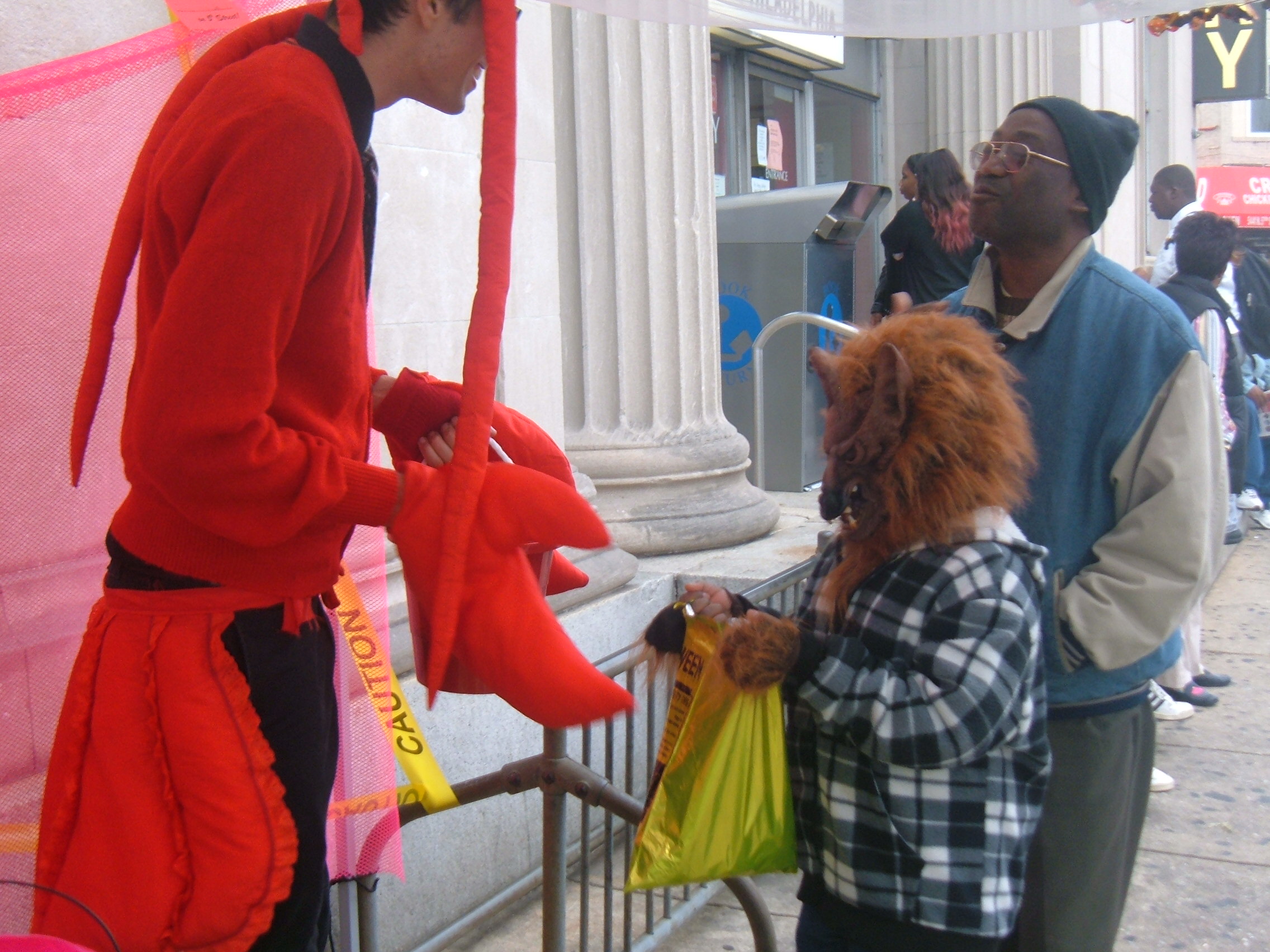 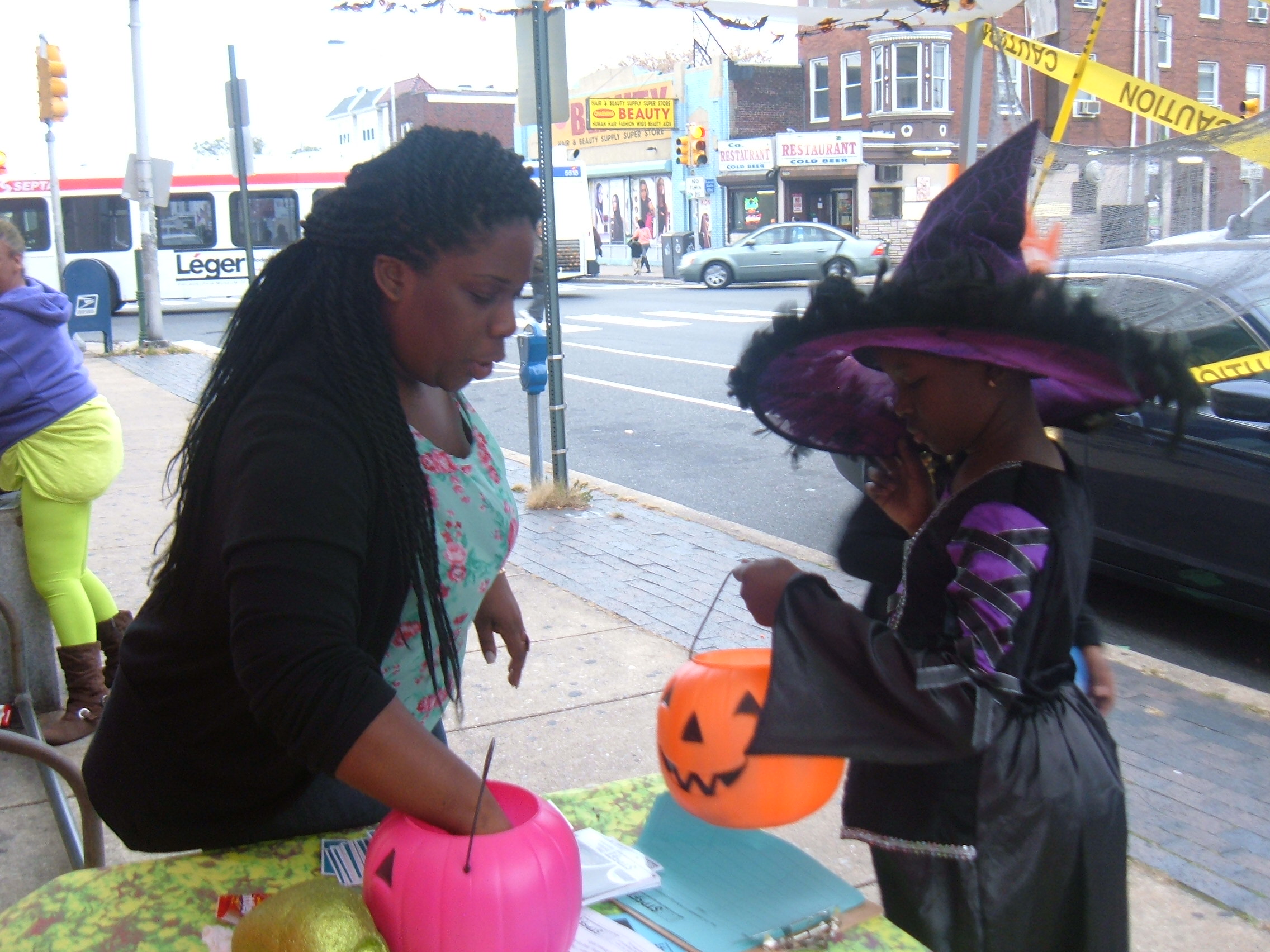 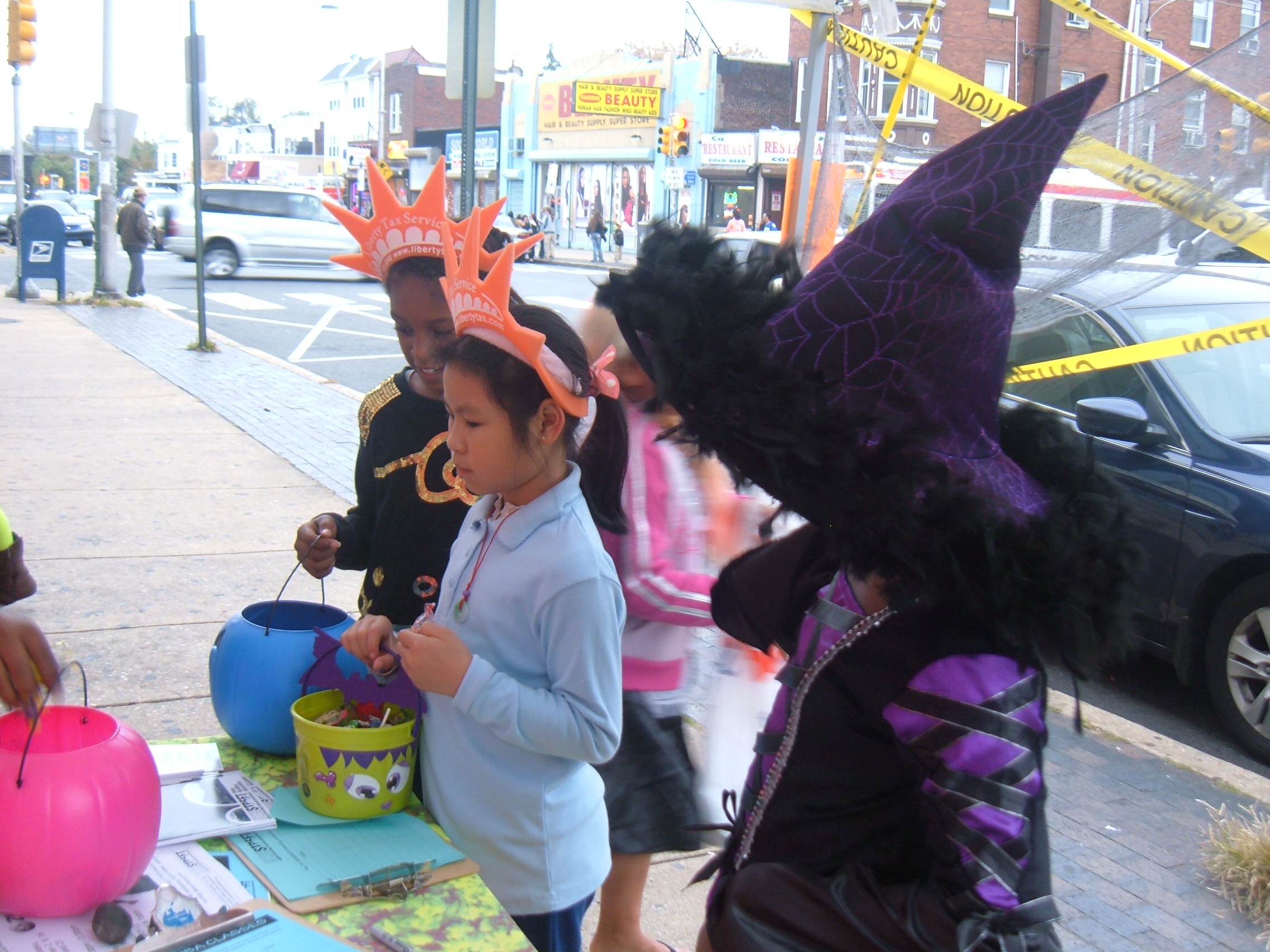 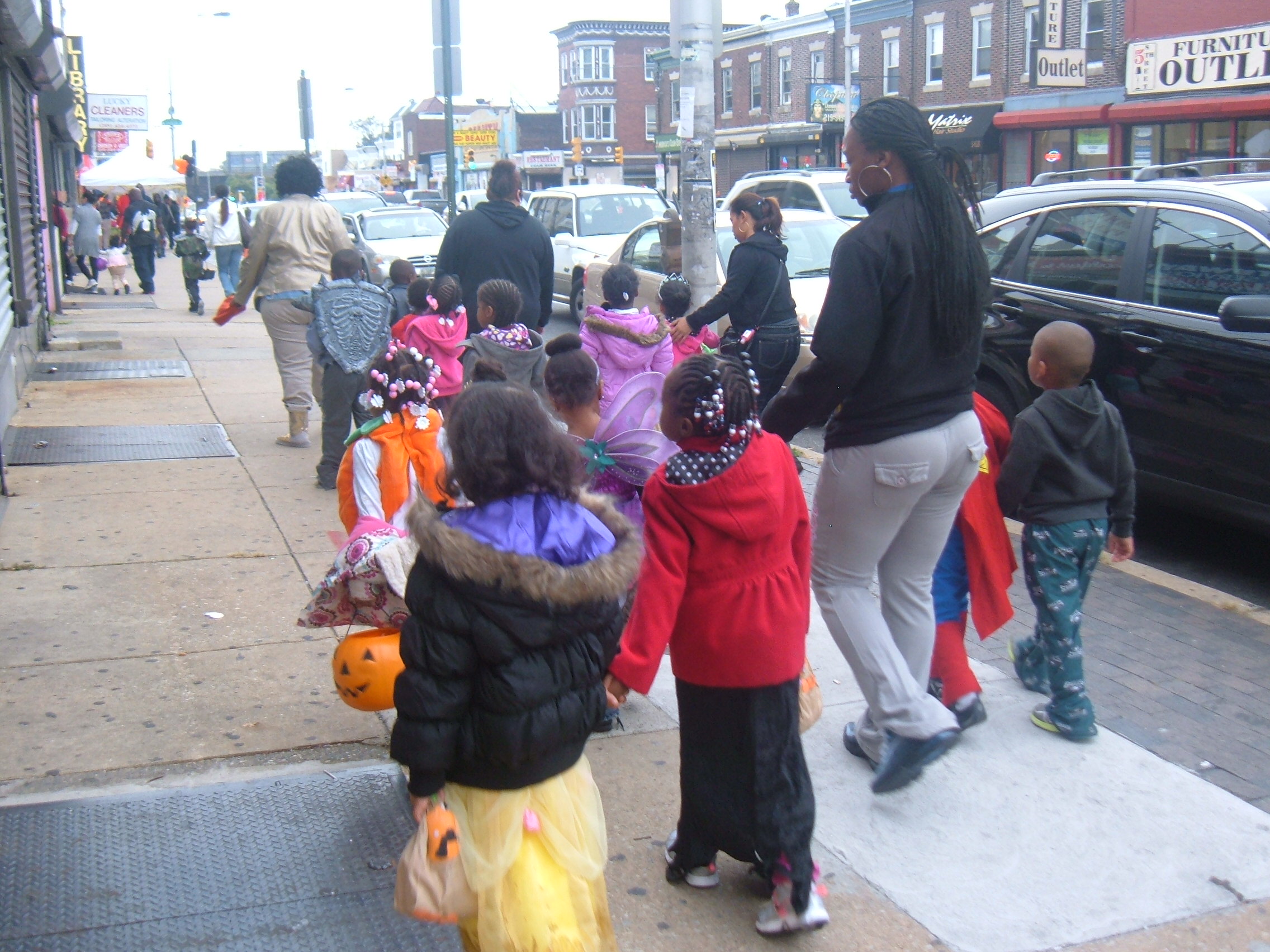 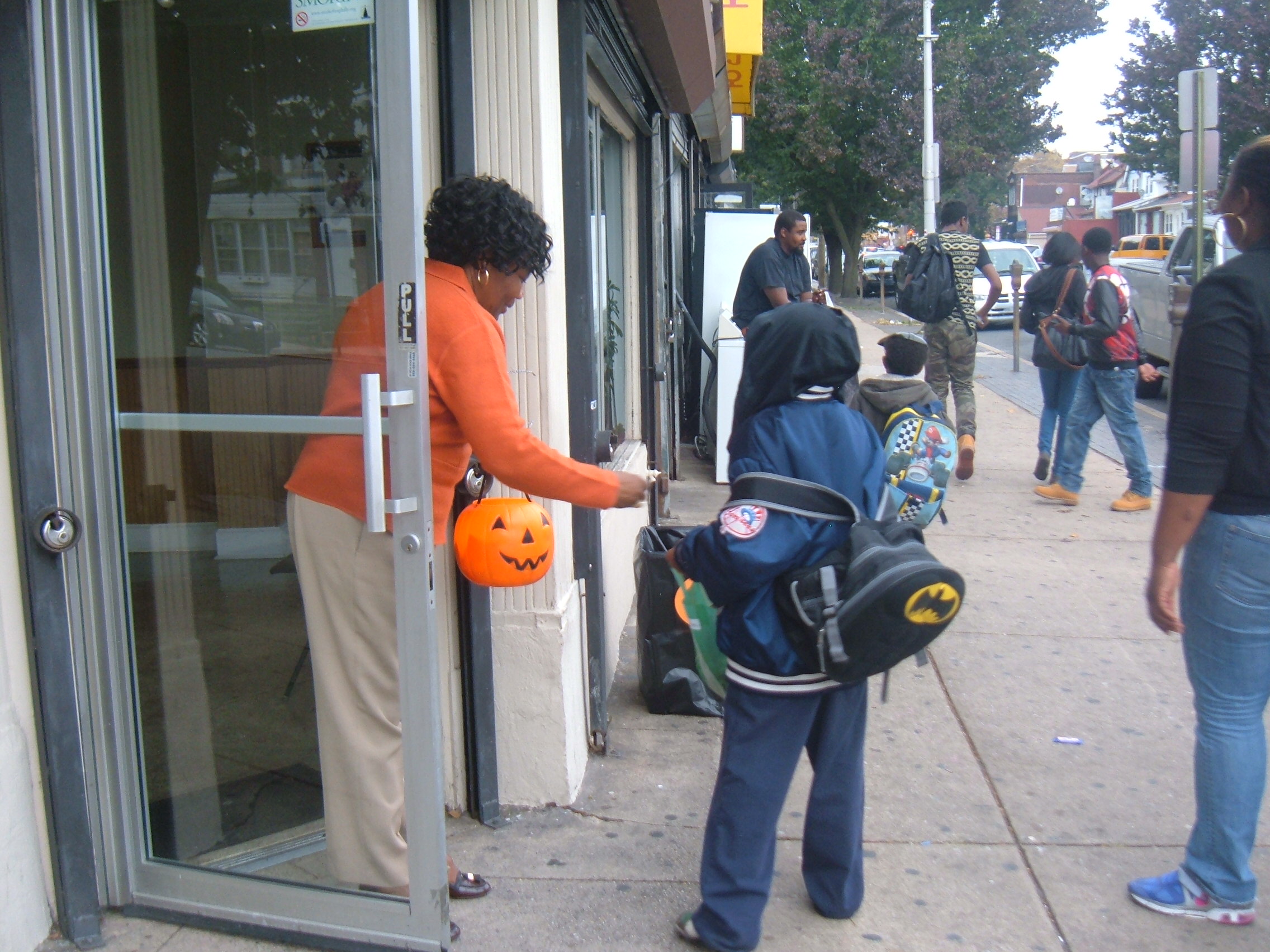 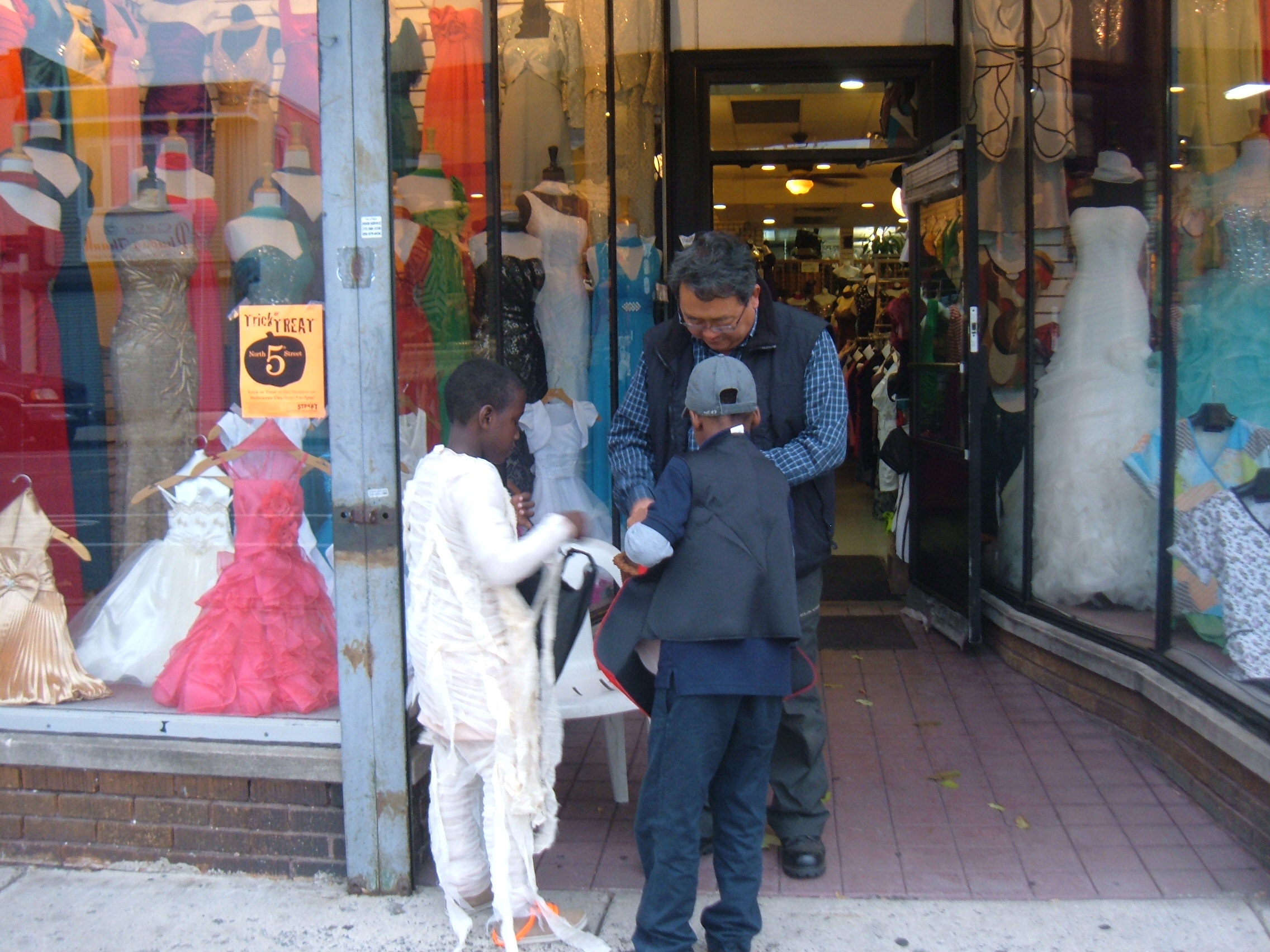 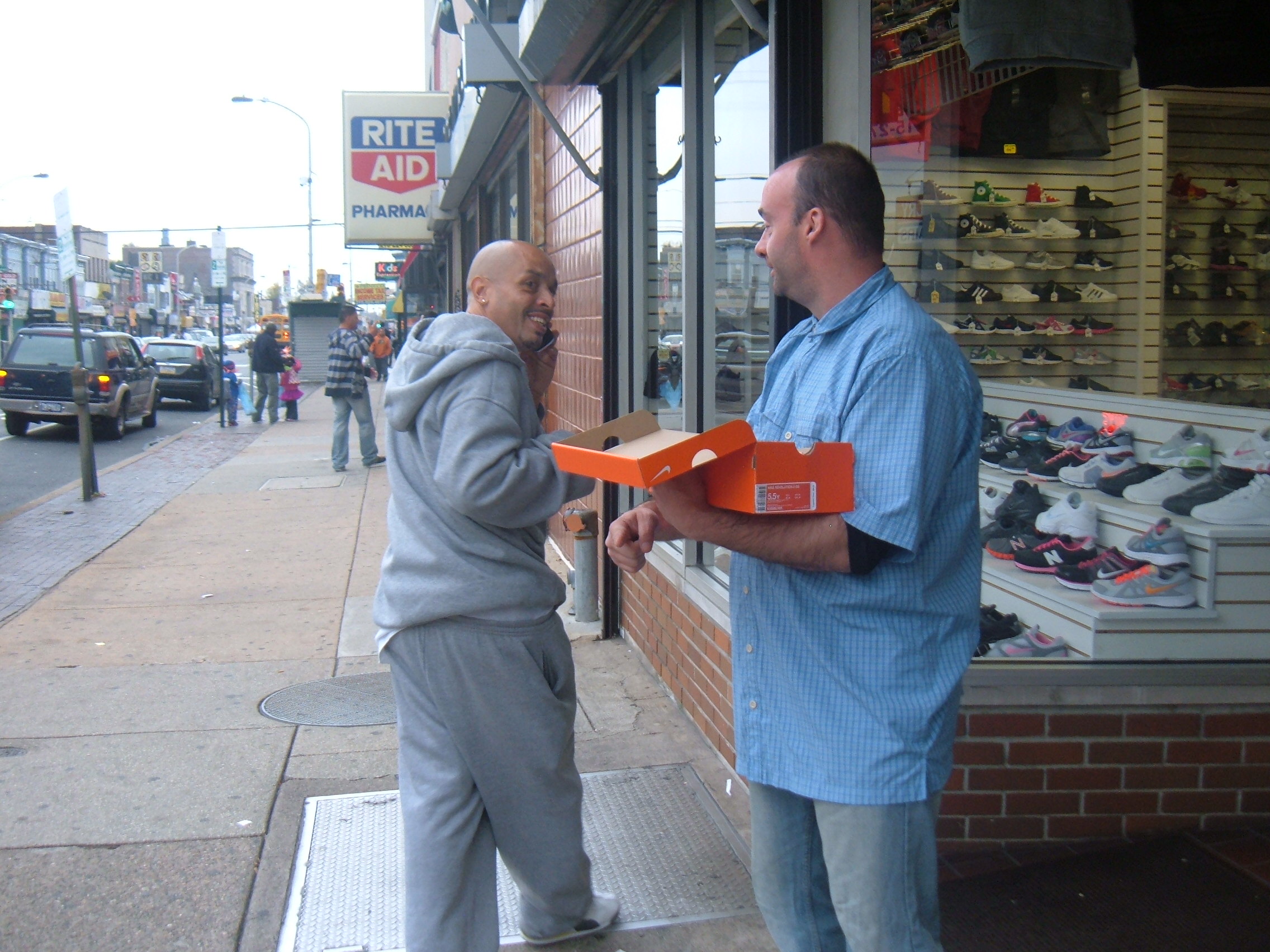 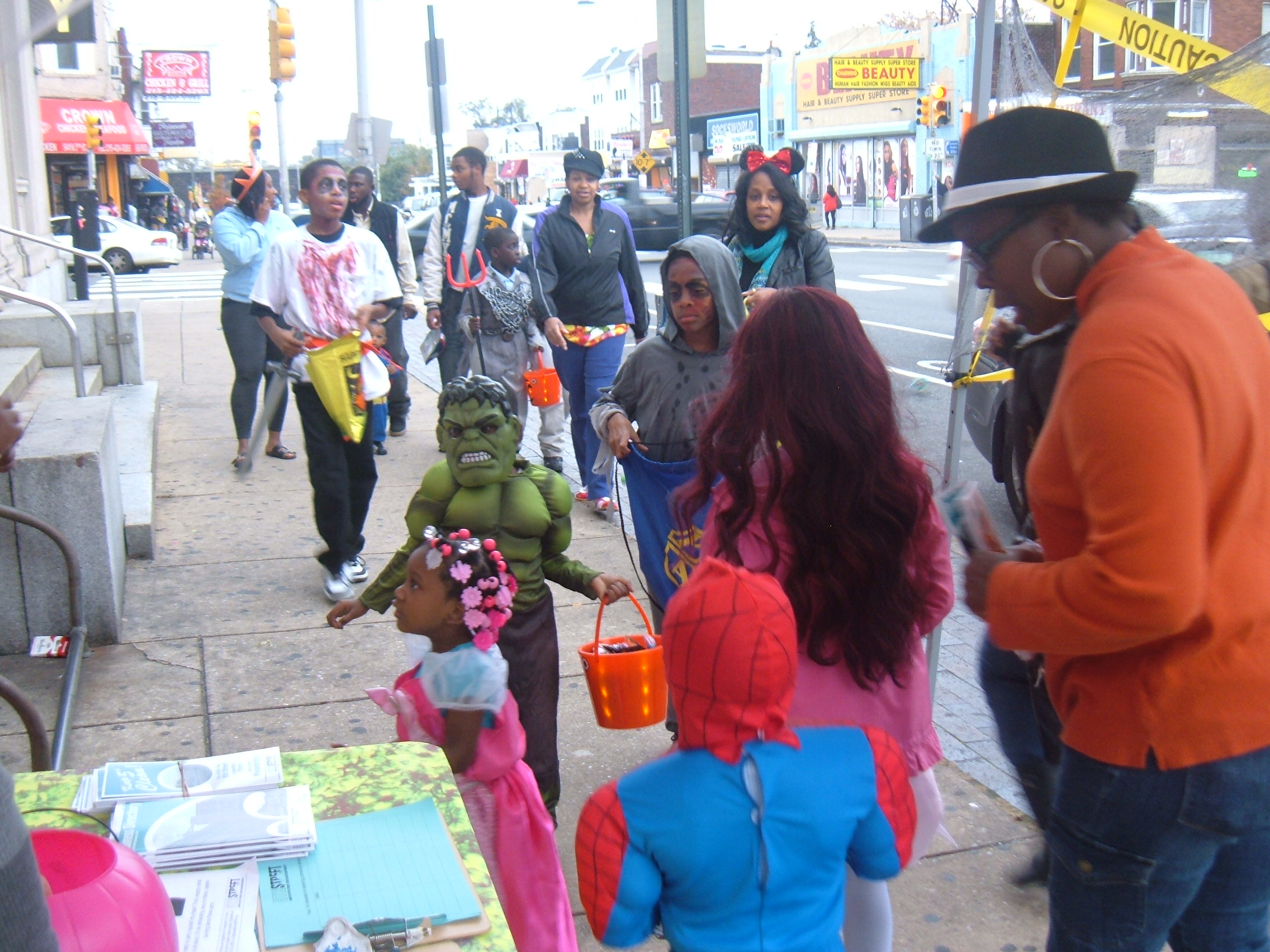 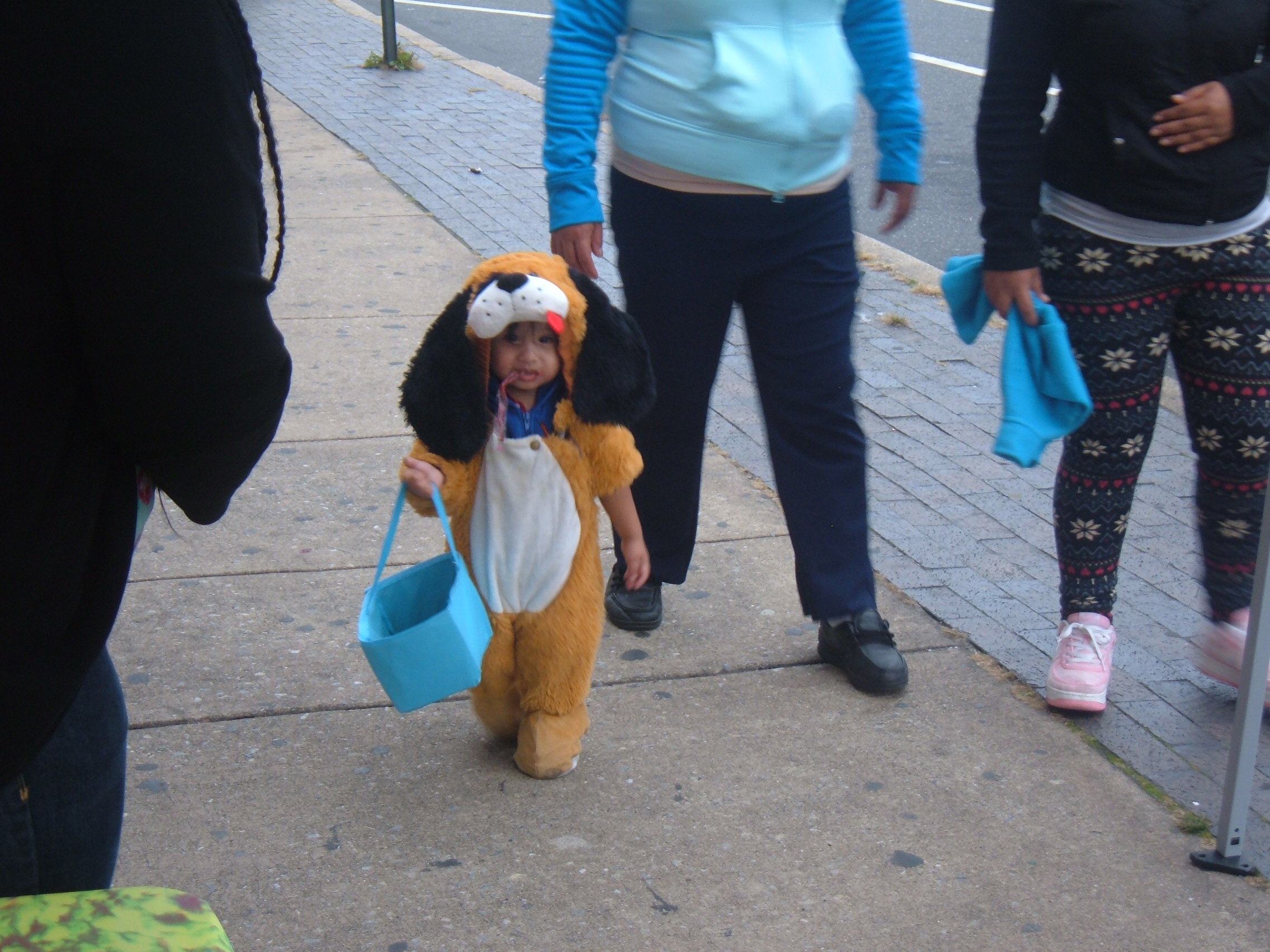 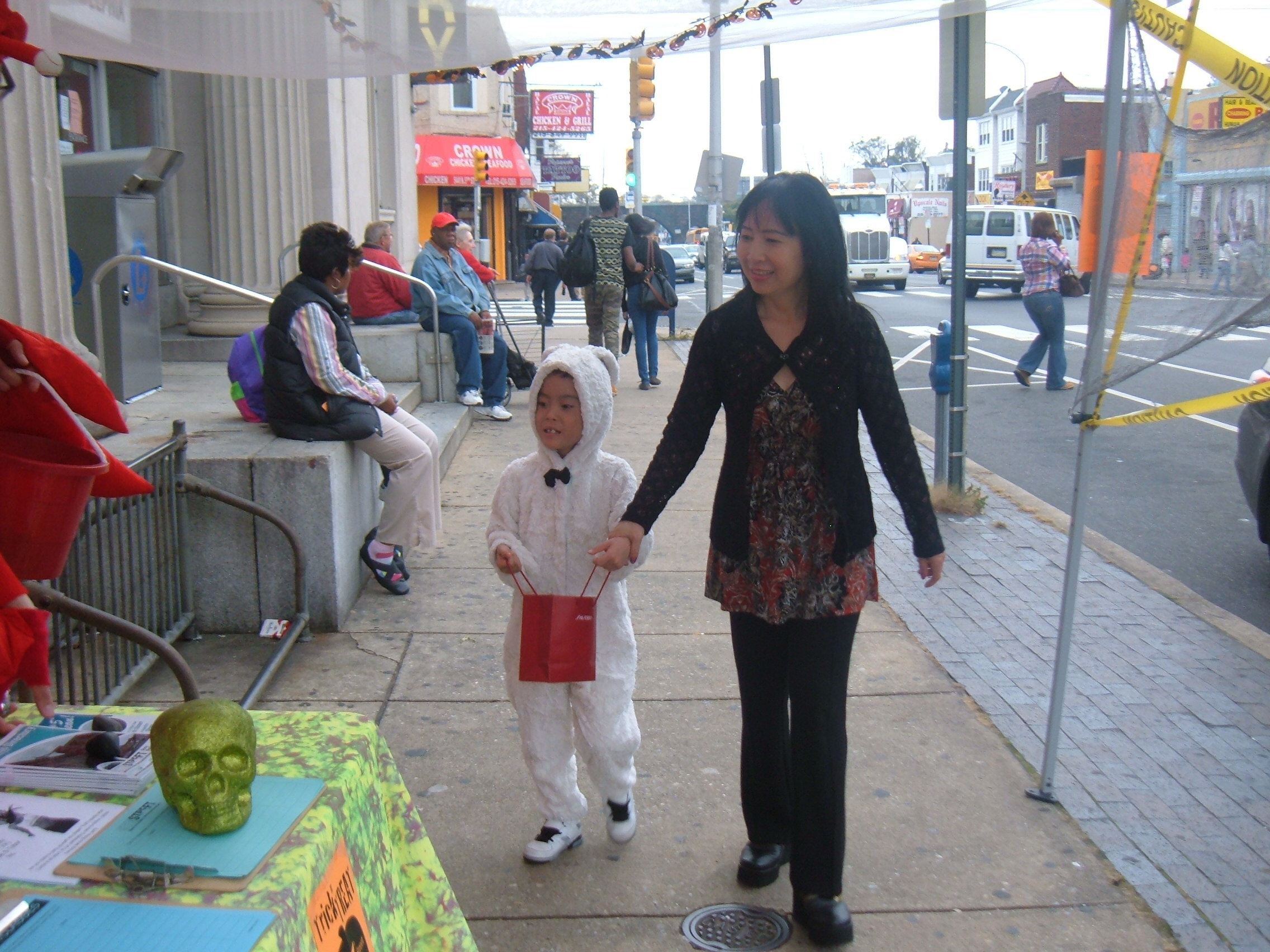 <
►
>
Philip Green, interim director of NFSRP, hands out candy to a resident of North Fifth Street

“I go to all of the business and ask them if they would like to participate and most of them will say yes because they have been doing it for a long time,” Stephanie Michel, NFSRP Community Engagement Coordinator, said.  “Some of them who do participate, we give them an orange sign and if they need candy we give them some.”

According to Michel, Fifth Street has always participated in the Halloween activity but at one point started to slow down because businesses disengaged.

In the past, business owners felt that people were arriving too early on Halloween or coming too late. NFSRP heard a lot from business owners and residents and successfully organized and contained the annual event.

“I think it’s important because its one of the very few events that we have where a majority of the neighborhood is out,” Michel said. “You see the residents interacting with the business owners. It’s very community-based. It’s just an awesome time.”

Logan: Caribbean Culture Aims To Make A Name For Itself in North Philadelphia

https://vimeo.com/40174816] Annette Kerr and Reveree Jahman had difficulties adapting to American society but were able to find an organization that allowed them to incorporate aspects of their culture into their new communities. The two Jamaicans [continue reading…]