The Fairmount neighborhood, which is roughly bordered by Girard and Vine Street to the north and south and Broad Street and the Schuylkill River to the east and west, is home to many popular institutions like the Philadelphia Museum of Art and the Free Library. It’s an up-and-coming community that draws people in with its many bars, restaurants and other local treasures.

The western side of Fairmount has embraced the craft beer reputation Philadelphia received decades ago. Since its opening more than seven years ago, the Urban Saloon (above) uses a customer-request system to pick their brews. Owner Kellyann Beene usually puts the most popular requests on draft; however, if only a few people ask her for a certain beer, she’ll buy a six-pack and see how it sells. While her bar is known for a vast selection of 70 to 100 beers, the Urban Saloon is also very popular for events such as PaintNite, comedy shows, cornhole competitions and Quizzo. The bar has hosted bike parties, running club events and even the Budweiser horses. 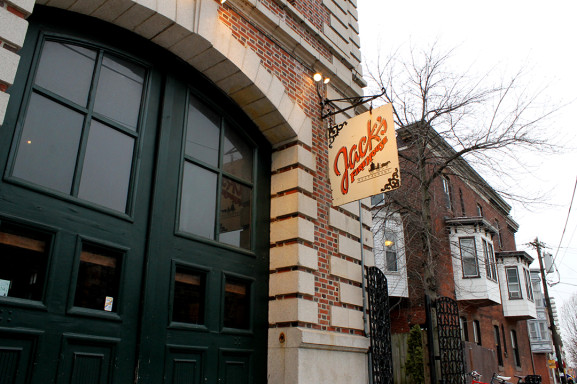 Although the restaurant is celebrating its 25th anniversary, the actual firehouse has been around for almost 150 years. After moving the fire department down a few blocks in 1954, the firehouse remained empty until chef Jack McDavid reopened it. The interior remained the same with a few finishing touches, including original extinguishers serving as taps for the drafts. During summer months, the garage doors are opened and tables are moved outside for patio service. Some customers climb the original fire pole as bartenders play the theme to “Rocky.” 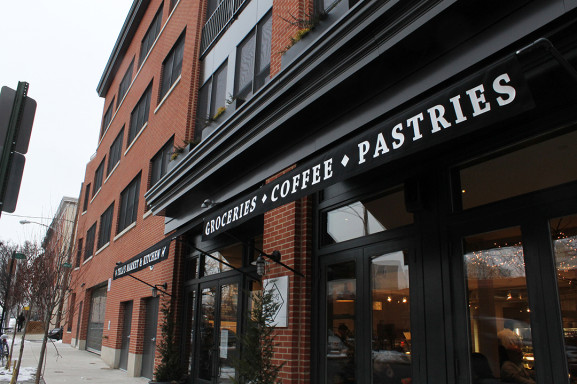 Tela’s Kitchen and Market is a fairly new addition to Fairmount. Opened in November, this tiny artisan shop doubles as a grocery store and eat in/take out restaurant. Visitors to Tela’s can enjoy the cuisine of chef Chad Williams, formerly the chef at Amada, Jose Garces’ Old City restaurant. 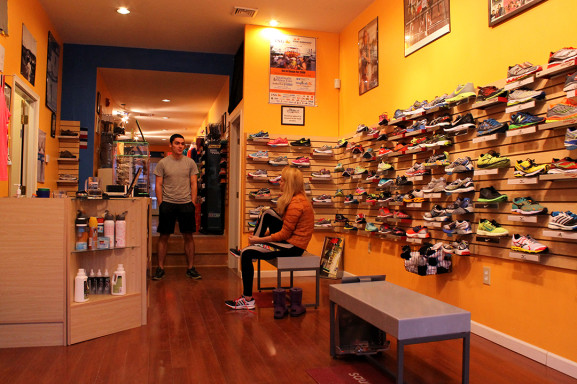 Personalized running advice and weather-challenging runs are just two things that set apart the Fairmount Running Company from other athletic apparel stores. Founded on the idea of helping people to become the best runners, the store sells about 30 styles of sneakers recommended by runners. Although quality comes at a price, the store does offer discounts for school athletes. Unlike most sporting goods stores, the Fairmount Running Company also sponsors its own running club. The Fairmount Running Club focuses on participating in fundraising races in Philadelphia to aid those in need. Members meet every Saturday and Wednesday mornings at 6:30 a.m. The early morning run can range anywhere from six to 10 miles and is open to the public. 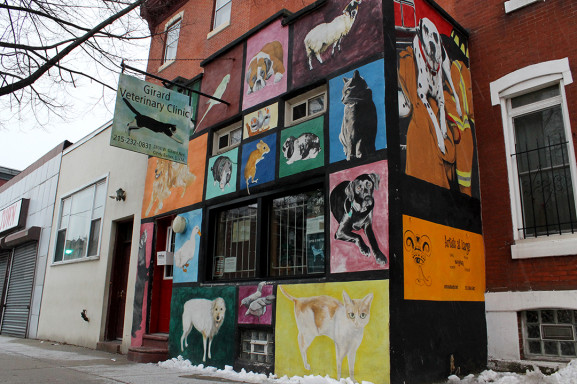 The dim-lit corner of 28th Street and Girard Avenue is brightened by a colorful building displaying painted images of pets. Girard Vet Clinic has been serving pet lovers since 1995 when Dr. Cynthia Balzer founded the practice. Her philosophy? “Treat pets like family,” Balzer said. Its popularity grew due to the cost of a pet’s physical: At prices beginning at $42, it is one of the cheapest vet clinics in the city. It also sells pet products such flea medications. With a staff of eight, the clinic sees about 15 patients a day.

Text and images by Amber Curtis and Courtney Marabella.

Tucked away in the hustle of Girard Avenue is a brightly displayed building, decorated with colorful flowers and small window designs. This office is on a mission to clean up the neighborhood and return the [Read More]

The Girard Veterinary Clinic has been treating animals for almost 21 years. Located at 2806 W. Girard Ave., the clinic was one of the first to open in the area and serve the community’s needs, according to owner Dr. [Read More]