One of the most sought-after neighborhoods to live in and visit in Philadelphia is the area of East Passyunk. The area extends east of Broad Street from Washington Avenue to Snyder Avenue. The neighborhood’s history dates back to colonial America when George Washington and his troops resided on Federal Street during the Revolution. The neighborhood has strong Italian culinary roots but also features eateries from many other cultures. East Passyunk is home to independently owned boutiques, bars, and the famous Italian Market. Whether you are looking to move into the South Philly neighborhood or just passing through, here are five places you should know. 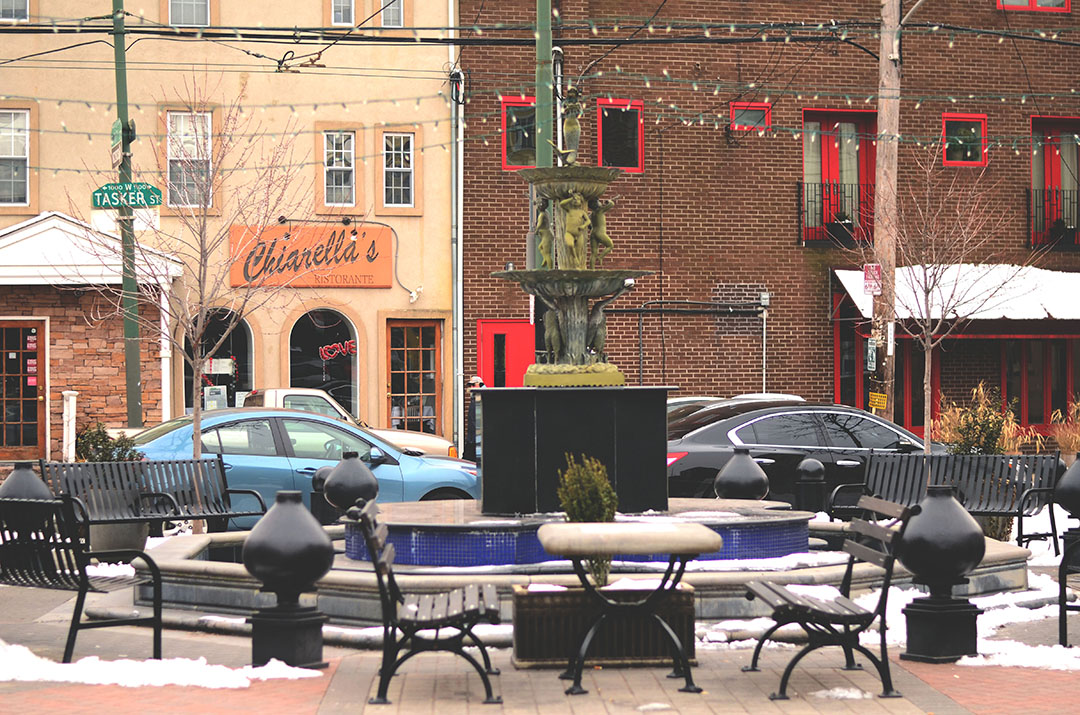 At the center of East Passyunk lies the singing fountain—the epicenter of the neighborhood and a popular meeting place. The fountain was restored in 2011 and hosts a farmers market every Saturday from 10 a.m. to 2 p.m. in the summer months. Although it has been desolate and dry through this bitterly cold winter, the fountain still remains a popular destination for locals. 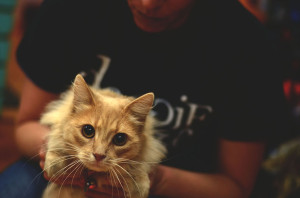 As a community that cares about the welfare of its animals, the people of Passyunk view Doggie Style as much more than a Philadelphia pet-store franchise. If a lost pet is found wandering the streets, Doggie Style will gladly take it in until retrieved by its owner. If you stop in on any given day, you may be greeted by Pumpkin Spice, one of the many store cats rescued from the streets. The store has also partnered up with Green Street Rescue to help stray cats find homes by hosting in-store adoption events. 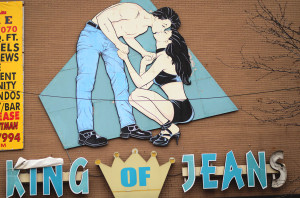 Though the store is no longer open, visitors and residents still stop by to admire the 195os-themed image which has managed to become a spectacular icon of the neighborhood. It features a shirtless cartoon man with tattoos and a ’50s-styled comb over, leaning in to kiss a woman crouched down in heels sporting hot leather shorts and a matching bra. Since the closing of the store just a few years ago, there has been much discussion of what to do with the building and what will become of the sign. 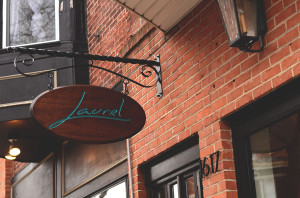 East Passyunk recently landed in the May 2013 issue of Food and Wine Magazine as one of the 10 Best Foodie Streets in America. Although the area is filled with an assortment of Italian eateries as well as other culturally themed restaurants, the one with the most buzz at the moment is Laurel. Its sudden spike in popularity may have something to do with owner Nicholas Elmi’s recent victory in the eleventh season of the TV cooking competition Top Chef. Chef Elmi created the intimate, French-inspired BYOB restaurant and wanted to focus specifically on sustainability and simplicity. 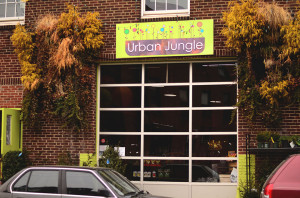 Residents and visitors can reconnect with nature in an urban setting by stopping in to this full-service garden center that focuses on vertical landscaping. Urban Jungle takes the somewhat drab city scene and spices it up with some green. By creating gardens with green, sustainable features on the abundant vertical surfaces of the city, Urban Jungle brings green to the area and encourages residents to complete self-sustaining projects of their own.

– Text and images by Alexandra Bristow and Danielle Parsons

Santa isn’t the only thing that’s big this holiday season. Wired 96.5, an FM radio station in the Philadelphia market, is preparing for its 2nd annual Big Philly Show Bike Drive. Wired 96.5 has frequently […]

The Victim/Witness Services of South Philadelphia is a non-profit organization that has offered free support and advocacy to victims and witnesses of crimes in South Philadelphia since its establishment in 1989. The advocates from the […]

Even from the outside of 4014 Walnut St., you can hear the sound of beautiful music emitting from the Rotunda. With free admission and a small crowd of about 50 people, various forms of music […]