Northeast Philadelphia is full of special and unique places, but one area in particular takes the cake for iconic cultural diversity in markets, travel and restaurants. Bustleton Avenue is home to five of the most diverse all-purpose shops, and the most dominant races in this area are Russians, Ukrainians, Jews and Arabs. The stores along this busy street cater mostly to those races, although everyday items for the average person can be found in most of them as well. 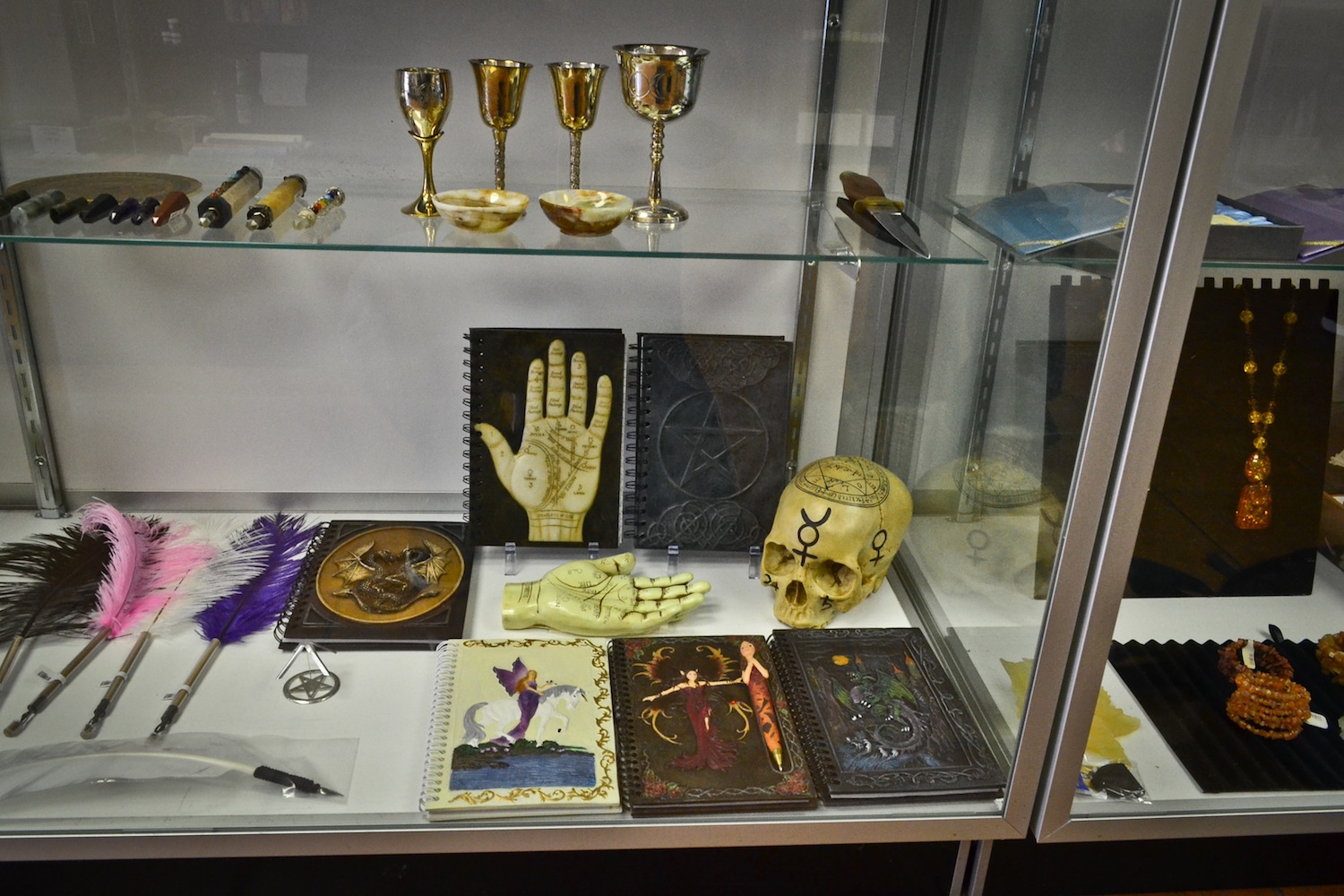 Above is a photo of things found inside the Spiritual World shop. It is one of the most unique places found in Northeast Philadelphia as whole. It was opened to reach out and help people who need spiritual assistance that they cannot find in religious institutions. Talismans and other superstitious objects can be found here. 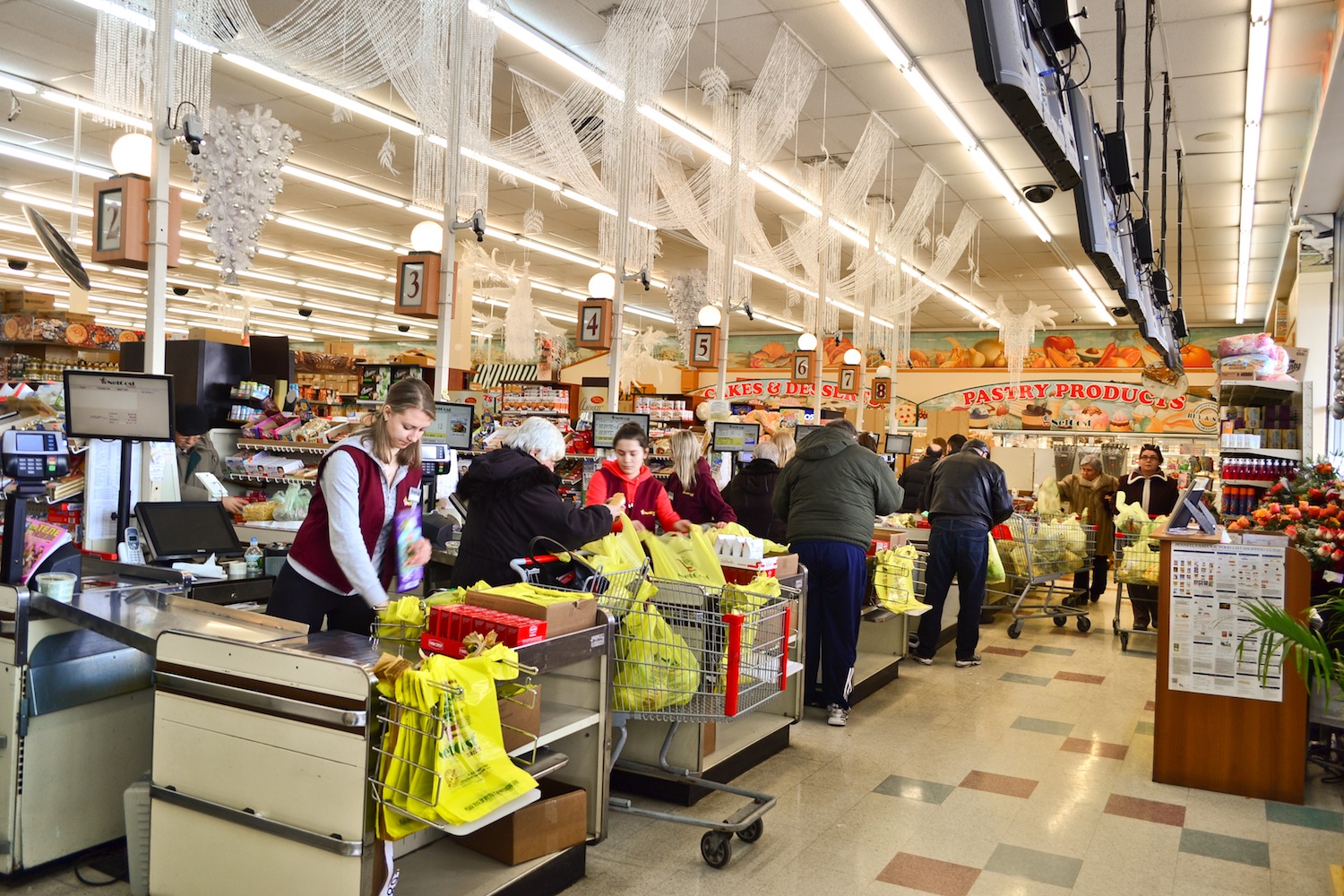 This is a supermarket that was founded by a Russian immigrant in 1991, who dubbed the place NetCost. The store started in Brooklyn, N.Y., and eventually was turned into a chain, with establishments popping up in other places throughout the tri-state area. The 25,000  square foot store sells many food items that are imported from different countries and can’t be found in major America grocery stores. Many of these items found on shelves are from the Ukraine and Russia, and the shoppers who frequent the supermarket are predominantly European. 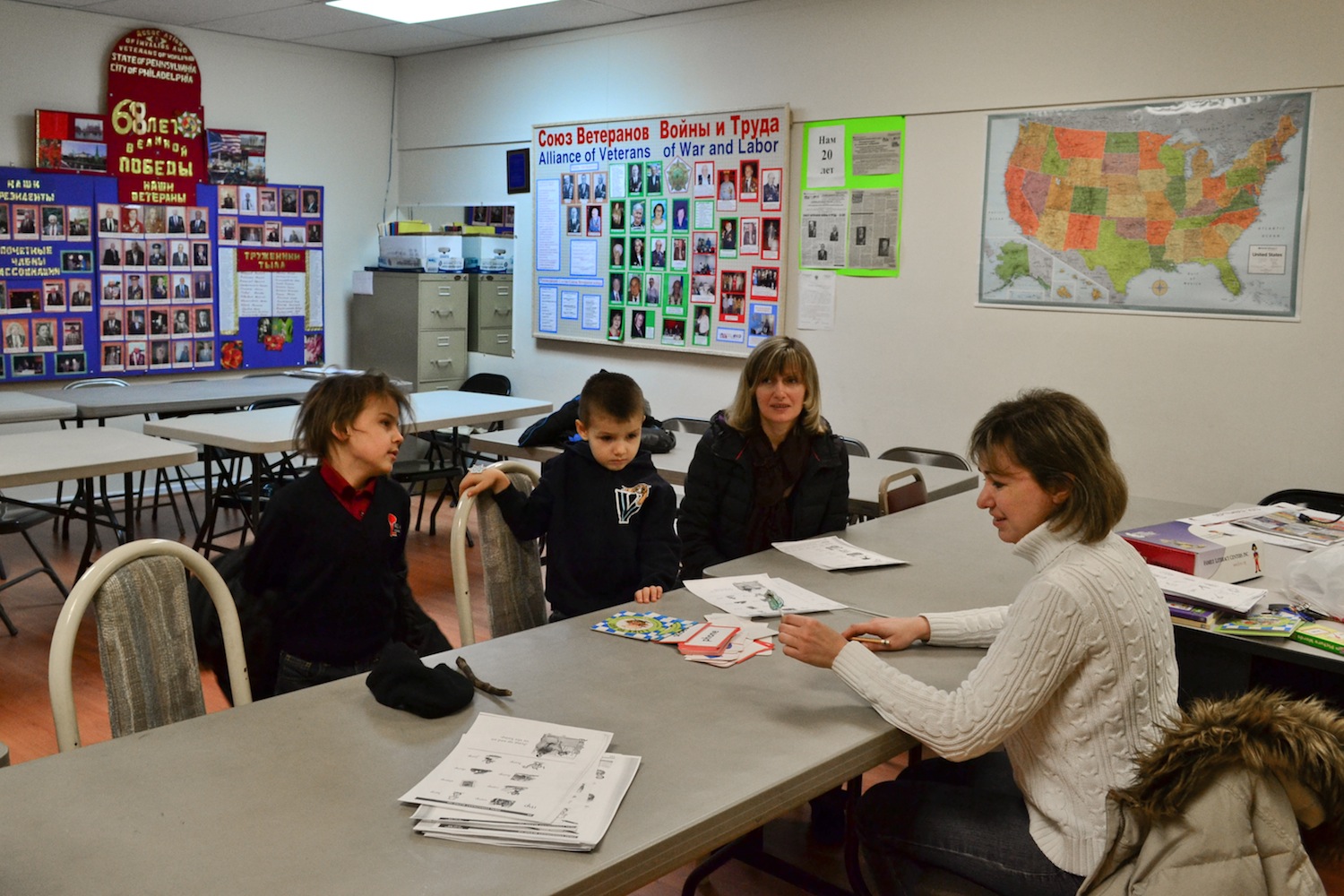 NWA is an agency that was created to serve emigrants from European countries who find difficulty transitioning to American culture. It especially caters to emigrants who are refugees from the former Soviet Union. The agency provides English classes to children and adults, GED courses and GED test administration, nurse aide training and lessons for learning how to use computers. These children (pictured) are being tutored as part of after-school program so they can start speaking and interacting with other children in their local school. These children who were receiving private lessons on this day appeared  shy when they saw us visiting. 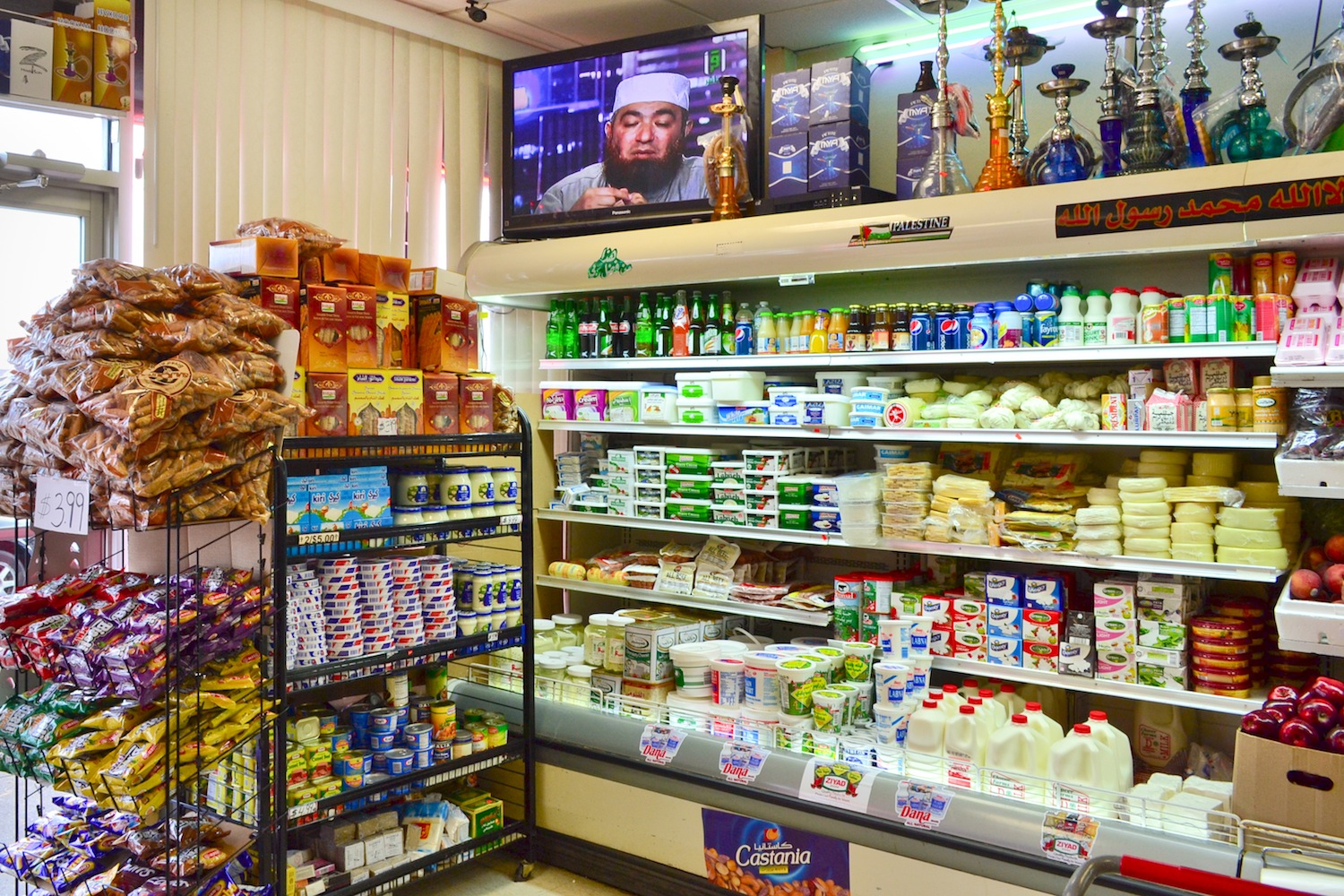 Al-Amanah is a convenience store that caters mostly to Muslims and Arabs who live in Philadelphia.  A wide variety of items like halal food and hookahs are sold there. The shop is owned by Palestinian immigrants. Interestingly, the store is down the street from an Israeli synagogue.  Although this store is owned and operated by Muslims and contains Islamic products, non-Islamic products are also sold on the same shelves. 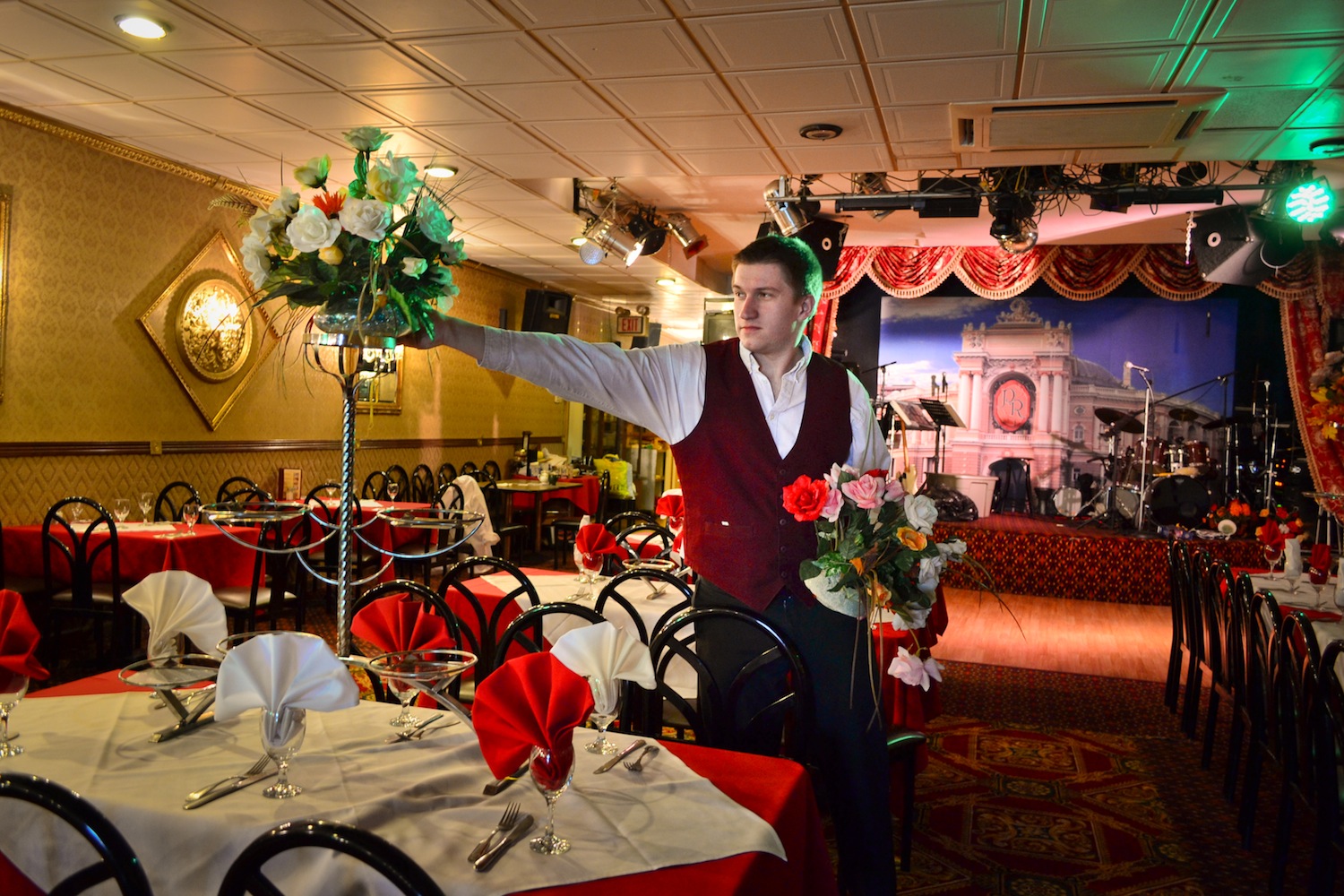 This is an Eastern European restaurant that serves dishes native to many countries in that region. One of the special things about this place is that it sells kosher food, making it an ideal place to eat for Jewish people and Muslims. This cozy restaurant first opened by Ukrainian immigrant named Slava, who changed his name to Steve,  when he came to the United States from Odessa, the third largest city in Ukraine.

The reason why we decided to highlight these five specific areas listed above, is because each place not only shows diversity one from another, but also serve as places of comfort for thousands of immigrants from their native countries. Oftentimes, when an immigrants try to re-establish themselves in this country, they easily give in to pressure of assimilating to the New World. The places we’ve chosen to highlight serve as “home away from home” for many. These places also serve as connection centers where immigrants from similar countries come together to continue partaking in traditions from communities they’ve left behind. As we have been assigned to cover this diverse region of Philadelphia, we look forward bringing stories and highlighting locations like these in our future reports during this semester.

– Text and images by Sergei Blair and Hend Salah

Shaloo Jose came to America in January 2005 after her husband decided to take a job overseas. She has since visited other big cities in the United States, but her and her family consider Philadelphia [continue reading…]

Immigration: The Welcoming Center For New Pennsylvanians Assists Those New To Philadelphia

The Welcoming Center for New Pennsylvanians is a Philadelphia-based nonprofit that seeks to help those in need, including immigrants and refugees, with improving their lives and socioeconomic status. Philadelphians who are foreign born often find [continue reading…]