Chum grew up in Cambodia under the communist Khmer Rouge reign. Instead of attending school, Chum spent the first 14 years of her life working in rice fields for ten to twelve hours a day.

The Khmer Rouge reign, led by Pol Plot, was responsible for the murder of anywhere from one to three million Cambodians between 1975 and 1979 in one of the worst genocides in human history.

Chum was one of those that fled her native country. Her family managed to escape and immigrated to a suburb near Allentown in 1981. However, they were not among other refugees. There were almost no other Asians in the area and the family felt alienated and alone.

“When I saw the kids dancing on New’s Year’s, when I saw them dance on stage when those elaborate costumes, I said, ‘Wow, this is beautiful,’” she said. 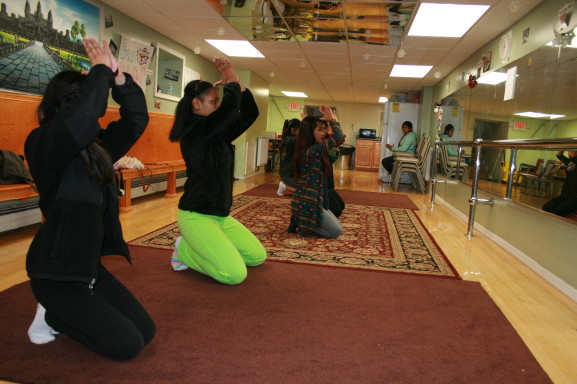 Inspired by the beauty of the traditional Cambodian dance, Chum followed in her father’s footsteps to work with the Association as a board member.

Established in 1979, the Cambodian Association has adapted and evolved to suit the needs of the Cambodians in Philadelphia, the fourth-largest Cambodian population in the country.

“According to the census, there’s about 9,000 [Cambodians] in Philadelphia but according to our estimates, it’s closer to 20,000,” said Rorng Sorn, executive director of the Association. “Olney and Logan is the second largest population in the city.”

Originally, the Association was focused on emergency services for the recent refugees. Most of the refugees to the United States were from rural areas; many could not even read or write in their own language, let alone in English. The Association provided translation and interpretation services. They also helped find homes, identify resources available to them such as food stamps, and help them find jobs.

35 years later, the needs of the community have changed; refugees have settled and created lives for themselves in the neighborhood. They have jobs. They have families. Understanding this, the Association is now more youth-focused. Through its Youth Culture and Language Program, held every Sunday, it is working to instill a sense of identity in Cambodian children and bridge the generation gap between refugee parents and their Cambodian-American children.

The program has three main components: Cambodian language and history, classical Cambodian dance and its most recent addition, modern dance, focusing on hip-hop and breakdancing. 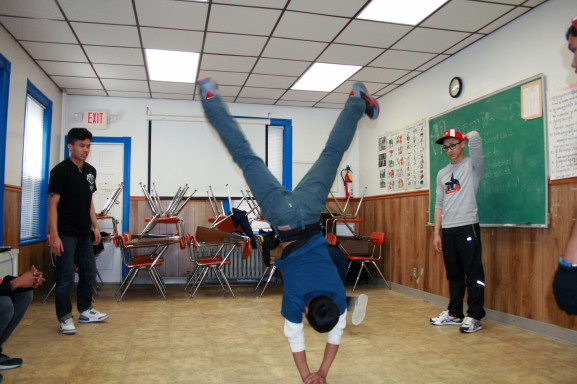 The language and history classes teach children about Cambodian history and teach the children phrases that they can use to communicate with their older relatives at home.

“At home they have a great-grandma, grandpa, mom, dad, who doesn’t speak the language and they don’t understand what’s all about the American generation and those born here,” said Putery Long, Family and Cultural Programs director. “It’s all the generation gap and identity and connecting with the people who had a very different experience growing up.”

“We want to give the kids some identity, where they came from,” she continued, “Because if they don’t know who they are then they’re not fully proud of themselves and they can’t fully contribute or fully love other cultures.”

Similarly, classical dance classes allow Cambodian youth to understand more fully where they come from as well as express themselves.

“Cambodians tell stories,” said Cynthia Son, who has been with the program for nine years, during a break from class. “When we dance, we tell a story. I like coming here to hang out with my friends and learn the stories.”

Moving forward, the Association is looking to fill another void in the community: the need for a health clinic with Khmer speaking doctors and registered nurses for older Cambodians. They are currently in the process of collecting a group of medical practitioners and have been talking to Einstein and Temple University Hospital to back the initiative.

Text and images by Emily DiCicco and Tony Liberto

For immigrants involved in the legal system, finding an adequate court interpreter from an online roster might seem like an easy task, but others may gasp at the low number of translators for their native language. For example, [continue reading…]

Rex Yin has been the youth development coordinator at the Cambodian Association of Greater Philadelphia for the last three years. He said his favorite part of the job is seeing the growth of the students he [continue reading…]

Since November 2016, SEAMAAC has partnered with other organizations that work with Philadelphia’s immigrant and refugee populations to rebuild Mifflin Square Park, located in South Philadelphia at Sixth and Wolf streets. In collaboration with organizations [continue reading…]