Rex Yin has been the youth development coordinator at the Cambodian Association of Greater Philadelphia for the last three years. He said his favorite part of the job is seeing the growth of the students he works with.

Yin helps lead several youth programs, including the SumOur Roots program, a collaboration with VietLead and the Bhutanese American Association of Philadelphia that teaches high school and college students about food justice and community building. Yin also helps with grant writing at CAGP and will newly turn his focus toward college and career advising.

Yin recently spoke about CAGP’s youth programming, the struggles facing the city’s Cambodian community and his own background as a Cambodian refugee.

The following Q&A with Yin has been edited for length and clarity. 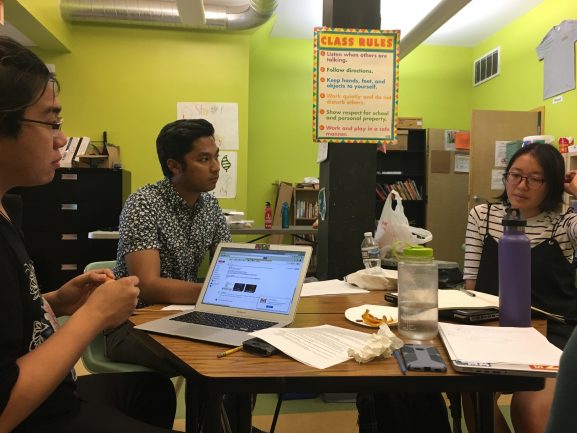 What is the Out-of-School Time program?

The OST program is one of our longest standing programs, coming into it’s 26th year of existence. … The OST Program started in recognition that the Cambodian community has statistically low literacy rates. So when we started, we recognized that a lot of our students were in school and not proficient in the English language. Knowing that they come from homes where parents weren’t speaking English, the parents can’t really help them with homework either, so the OST program was really meeting that need in the community.

Would you say language is still an issue today?

We still have parents now, even parents who’ve lived in America for almost 10, 15, 20 years and still haven’t mastered or learned the English language. There’s various factors why — either parents aren’t able to attend English language learner classes due to maybe complicated work schedules, some parents work in work settings in which English isn’t required for them to speak in or to learn, some parents don’t learn English because of mistrust of the environment that they’re in and so they really just stay within their own comfortable setting.

According to the most recent fact sheet from the Southeast Asia Resource Action Center: 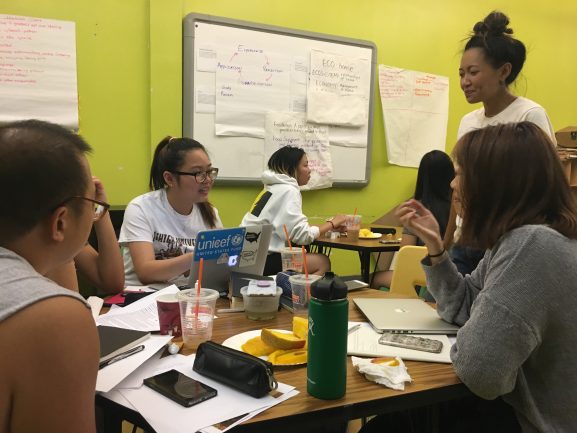 Can you explain the Digital Storytelling program?

That’s a program that I designed in regards to knowing that the middle school years are sensitive years of social and emotional development and also social identity development. So a lot of immigrant and refugee children are struggling with that idea of, “Well, I ethnically identify as Cambodian, or Hispanic, or Black, but also I’m American, so what does that mean? So what does it mean to be Cambodian and American?” You almost see this dichotomy of students having to choose between the two.

Can you talk about your own background and how it informs your role with students?

The wave the majority of Cambodians are from happened in late ’80s, early ’90s, and this is the resettlement of Cambodians post-Vietnam War, but also post-Cambodian holocaust in which the Pol Pot regime was taking place and right afterwards when it ended after four years of terror. This is a very common narrative because this is where my family was part of…I came to America when I was about 1, 1-and-a-half years old. My parents went through a long journey. I was born in a refugee camp in Thailand, then moved from there to France and then from there they moved to Silver Springs, Maryland and ultimately resettled in Philadelphia. … So really understanding that experience, that journey that my parents have and that’s a very common narrative for a lot of Cambodian-Americans, has really advised my role.

How did you decide you wanted to work with the Cambodian community?

There was a point where I didn’t really see my Cambodian identity as important to me. … It didn’t even matter whether I was Cambodian. It was just the fact that I was one of 10 Asian students in the high school. … What mattered more to me then was that I was Asian American. …  It took going to college, where I took an education course on language, culture and immigration. Our first assignment was to do research on the assimilation of an ethnic community, so I decided to do Cambodians. … I found newfound information that blew my mind.

What stood out about the information you found?

What stood out to me was a lot of the startling statistics in regards to achievement and literacy and math and science and seeing the high percentage of high school dropouts or even college attainment being a lower percentage. And as I stepped back and kind of reflected on it, they were true. I remember growing up and college was not really a conversation I really talked about with my family. … My dad did go to college, but knowing that we were in a new country and the school system’s different, we were worried about how expensive it was. I knew I was doing well in school but I was unaware of the other Cambodian students who were struggling. 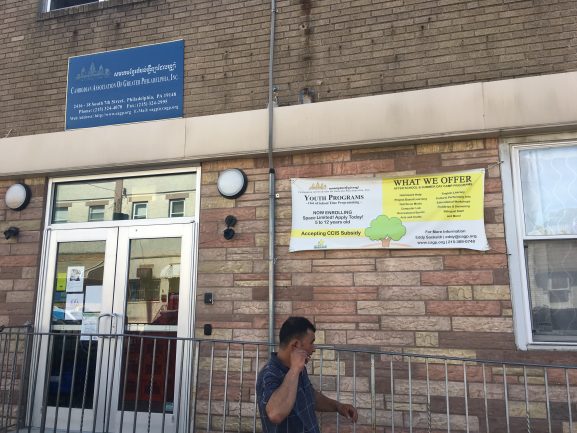 For students who may be struggling or who want to join a youth program, CAGP’s South Philadelphia Office can be reached at:  215.389.0748

https://vimeo.com/63834264] Updated April 26, 2013 The School District of Philadelphia has announced it “will not recommend any expansions of charter schools to the School Reform Commission (SRC) for the 2013-14 school year in light of a $304 [continue reading…]

Latesha Vosacek (pictured above) is the director of after-school programs for the Southwark House location of United Communities Southeast Philadelphia, located on 101 Ellsworth St. The organization serves people of all ages residing in the [continue reading…]