Giovanni’s Room (above), which sits on the intersection of 12th and Pine streets in the Gayborhood, is the nation’s oldest LGBT bookstore.

The bookstore was opened in a different location in 1973 and moved twice before finding its home at 12th and Pine.

Owner of the store, Ed Hermance, says the Gayborhood of today better reflects the original intention of the bookstore, which was to have gay visibility and to be open about what exactly it was.

“The whole idea was to be out,” Hermance said. “At that time, the bars had no windows and no flags outside. It was all hidden.”

The bookstore paralleled the growth of and change in the community by being so visible. The community followed that lead

“The gay community created this place for itself,” he said. “It wanted it.”

The change in gay visibility between when Giovanni’s Room first opened and now is like black to white. Now the neighborhood is adorned with rainbow flags and people who are happy to celebrate the LGBT community. 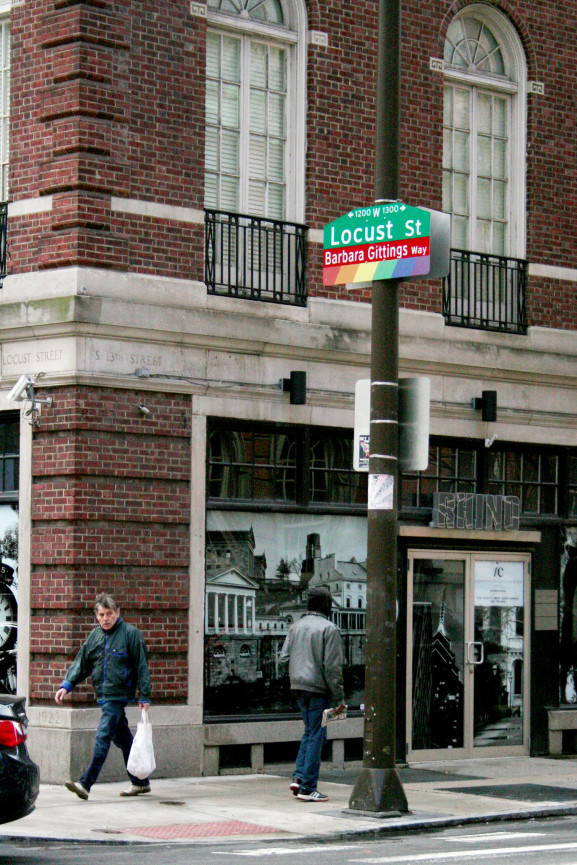 The Gayborhood is accented with rainbow street signs, establishing the neighborhood as a place to be, as Franny Price said, “out and proud.”

In 2007, the city of Philadelphia added these embellished street signs, effectively recognizing this area of Washington Square West as the Gayborhood, a title that, according to Price, was coined after Outfest in 2005. Mayor John Street originally proposed the idea for these rainbow signs to adorn the neighborhood, and his proposal was followed with a quick introduction of 36 rainbow street signs between 11th and Broad streets, and Pine and Walnut Streets. These signs changed the Gayborhood by giving the sense that, finally, there was an official recognition of the Gayborhood by the city of Philadelphia. It also helped kickstart the out and proud movement that can be seen throughout Gayborhood today. 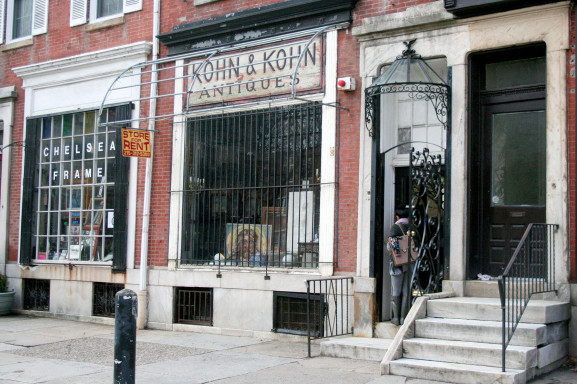 Embellishments under the Pine Street road signs label the blocksfrom from 9th to Broad streets as “Antique Row.” It wasn’t until 2001 that the Historic Antique Row Business Association formed to preserve the diminishing historical value of Antique Row.

Lana Verruni, owner of Kohn & Kohn Antiques, which opened in 1932, has noticed that the historical businesses, like the antique shops from which the street gets its nickname, have been closing down while more artsy places move in, changing the scene of the neighborhood entirely from less historical to more commercial.

“It’s been here forever,” said Verruni of her 82-year old family business. “It would just be sad to see it go.” 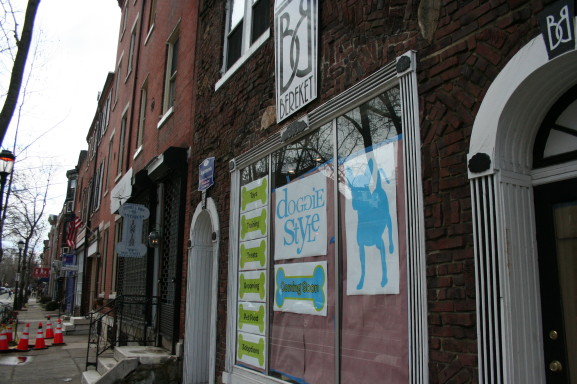 Throughout the years, the Gayborhood has become more modern to cater to the needs of the community. As the area increased in popularity, residents have noticed the closing of small local businesses and the increase of trendy franchise stores replacing them.

“Most of the owners are very old and they don’t like change,” said Verruni, “but you have to change to what the consumers want to buy. You kind of have to cater to what people want in order to stay in business.”

She said she has noticed the increase of hip businesses like coffee shops and the decrease of local mom and pop stores like antique shops. She even points out that a Doggie Style shop is opening down the block from her shop on Antique Row. 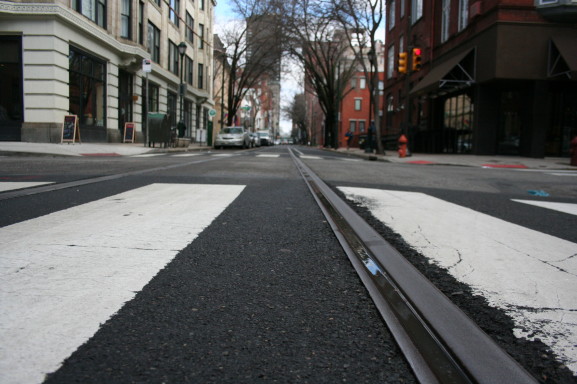 Once upon a time, Route 23 served as Philadelphia’s longest streetcar route, running from South Philadelphia, through Center City on 11th and 12th Streets, then continuing north on Germantown Avenue through North Philadelphia to Chestnut Hill. This streetcar route was suspended by the SEPTA board in 1992 and then replaced with diesel powered buses.

Many of the longtime local residents remember trolleys running through the neighborhood around the holidays. These were a part of the “Holiday Trolleys” that ran between Thanksgiving and New Years during the late 1990’s.

Now, if only they had a “Holiday Bus” to bridge the gap between the past and the future.