When the sun goes down, the transformation of Drew Gaver begins.

“I started drag, in earnest, about three years ago,” said Gaver, who performs as BEV. “I dabbled around with just kind of goofing off with friends for about a year or two before that, but in terms of actually performing and being here in Philly, it was about three years ago.”

Gaver grew up in Baltimore. He followed his entertainment pursuits at McDaniel College in Westminster, Maryland, where he majored in musical theater performance.

“I moved to Philly and the theater scene was not what I expected,” Gaver said. “I had this character and I tried her at an open night kind of thing and it just progressed from there and it really took off when I started Drag Wars.” 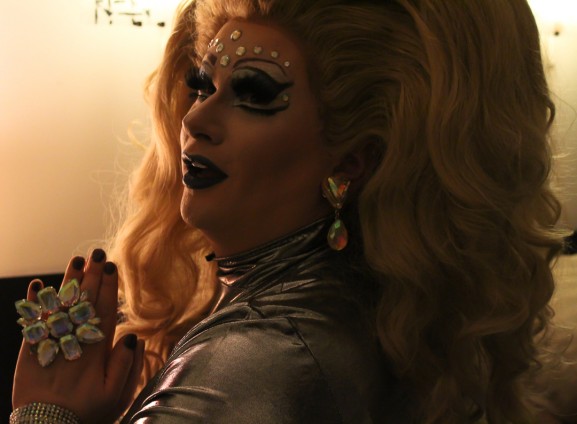 Gaver won the first cycle of “Drag Wars All Stars” and is now a mentor for other competitors. The cycle is called All Stars because the girls who didn’t win come back for a second chance.

“BEV has become such a part of him,” said Luke Grooms, Gavers’ boyfriend and roommate.

“I am amazed at how much his look and his numbers have refined,” Grooms said. “I am so proud of what he has created, but that is what it is, a creation. Sometimes people forget there is a difference between Drew and BEV.” 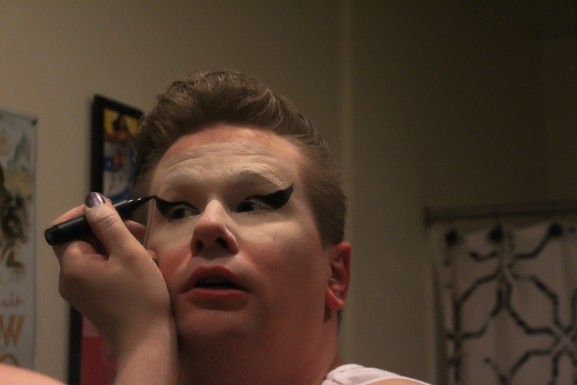 BEV was inspired by Gaver’s performance in Baltimore in the show “Hairspray.”  Gaver and a friend created vulgar mom characters named BEV and Carol. Eventually, BEV and Carol filmed YouTube videos for fun.

Over the years, the persona of BEV has become a hybrid of women like Sarah Palin, Michelle Bachman and Marguerite “the God Warrior” Perrin from “Trading Spouses” on TV.

“She demonstrates a level of intelligence in her performances and characters that makes her a true artist as opposed to just a performer,” said Matt Fischetti, a Port Richmond resident and BEV fan. “Every last detail — accessories, outfit, makeup, hair, you name it — is intentional. I don’t know if other people see it, but I certainly do.” 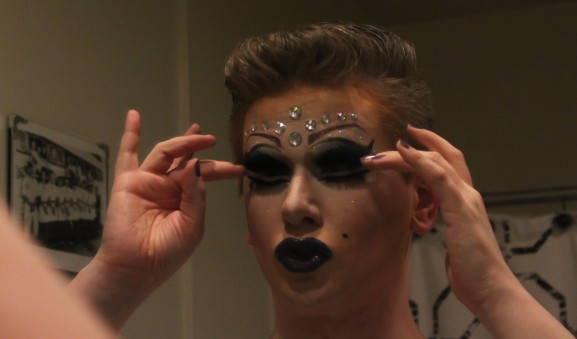 “From a stage perspective there is nothing better than being up in front of a crowd and you know that they are a crowd that is ready to go,” Gaver said. “A crowd that is along for the ride is going to follow you wherever you take them.”

Gaver has progressed from performer to producer with friend and co-worker Josh Schonewolf. Together they co-produce the bi-monthly show “BEV’s Bitchfest.”

“BEV’s Bitchfest” began more than two years ago at Tabu, a sports bar and nightclub in Philadelphia. Some of the entertainment includes burlesque dancers, ventriloquists, hula hoopers and stand-up comedians. 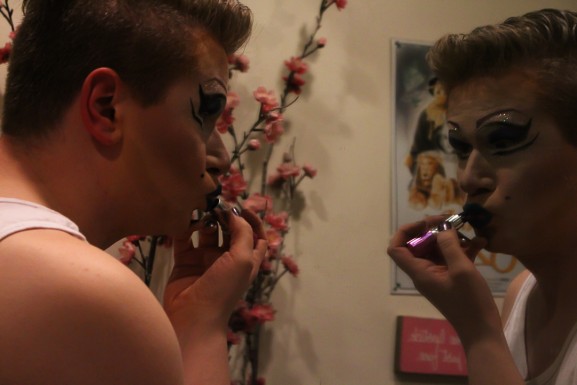 “BEV is just pretty fearless and that’s why I choose to work with her,” Schonewolf said. “We’re a great pair. We’re not afraid to say what each other’s thinking and we just kind of create things together.

“When I first met BEV, I knew that there was something very special about her and I’m always looking to harvest new talent,” Schonewolf said. “Drew and BEV have a mouth. They’re both sassypants.”

Support and admiration for BEV not only comes from audience members and co-workers, but from other comedy performers as well. 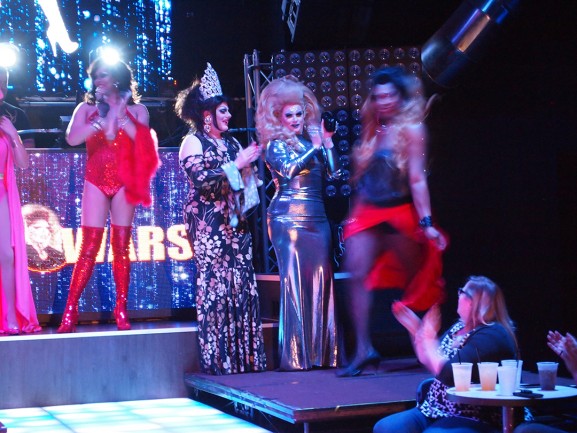 “She’s been one of the first queens that has been really nice to me in the Philadelphia area,” said Todd Murdock, a comedy drag performer.

“She really welcomed me and helped me out a lot when I was competing,” he said. “She’s just been somebody that I’ve had a good relationship with and I’ve started to develop a good friendship with her.”

“BEV was so different and interesting and she kind of like took the drag scene by storm,” Schonewolf said.

The Philadelphia drag scene has been changing from influences in media like “Rupaul’s Drag Race,” movies and YouTube.

“It’s pushed the LGBT community so much more out in the mainstream,” Gaver said. “Now we have kids age 9 or 10 wanting to do drag because they see ‘RuPaul’s Drag Race.’

“I think it’s giving kids a means to express themselves and to be creative in a way that I would never have even fathomed when I was that age.” 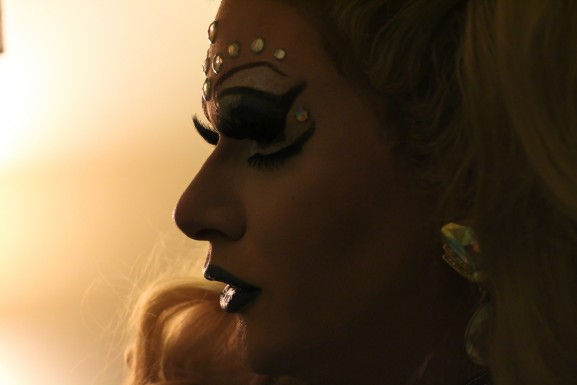 Gaver also provides opportunities for kids interested in expressing themselves.

“I work with some charities here in the Philly area,” Gaver said. “Every year we do a charity event called Beauty Ball, which is an amateur drag party where boys and girls who have never done drag can put on a wig and come.

“All of the money is donated to a different charity each year,” he said. “This year our charity was The Attic LGBT Youth Center.”

Gaver hopes to one day earn a full-time living as BEV.

“I would love to get to a point where BEV is my job…I think someone always says the perfect situation is finding what you love doing and being able to make money doing it.”

–Text, images and video by Taylor Smethers and Allison Merchant.

Gayborhood: Five Places to Eat in the Gayborhood

Philadelphia’s Gayborhood is a community that offers a variety of places to eat, drink and be merry. Before a tough day of work, anyone in the Gayborhood can run to Toast to grab a coffee [continue reading…]

Port Richmond: A Community Flea Market to Help the March of Dimes

On a sunny Saturday afternoon, residents of Port Richmond gathered in a Kmart parking lot on Aramingo Avenue for a community flea market. Many of the vendors were locals selling inexpensive or secondhand goods such [continue reading…]