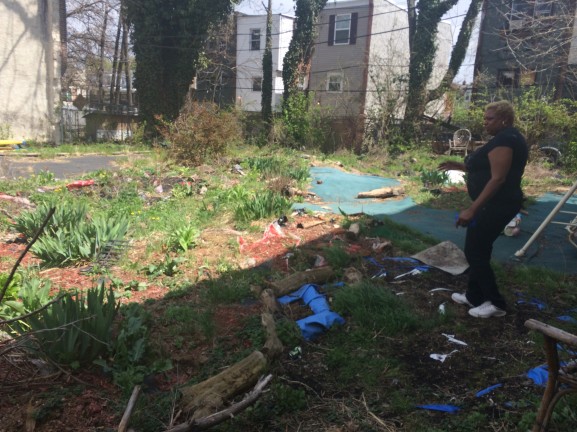 “Aint nobody helping us,”  said Toni Ross, a Logan resident since 1971, motioning towards the gated community garden in the middle of  North 12th Street.

“Give us some goods and services. They [the City of Philadelphia] can get us some moss and put it where it needs to be and actually make it look good,” she continued.

Currently, the garden is lumpy and unlevel, overrun with various plants and fallen sticks, with mismatched plastic tarps laid unevenly across the large lot. Ross, whose immediate family mostly still lives in the neighborhood, is working to renovate the garden and she has a long list of improvements to make. She would like to use the space as a public area for the children: for movie nights, for summertime reading and math tutoring, and just for hanging out.

Ross also said that she would like to put in benches and desks for the students to use. In the past, she received mulch and gardening supplies from various city agencies, but has since stopped receiving any. She’s also not receiving any help from neighbors.

“Did I say I’m working my kids to death and my little grandkids?” she said. “The neighbors sit there and watch and they come down and say, ‘Oh, it looks nice. You’re doing really good.’ But they don’t do anything … and they [the city] could give us some help.”

Ross isn’t the only Logan resident who feels neglected by both the city and her fellow community. Partially because of failed city redevelopment plans in the past, part of the Logan community feels abandoned by the city and helpless to make the changes that they want to see.

Since 1986, when homes began sinking in the area dubbed the “Logan Triangle,” the city and various other agencies have drafted several plans to tackle the now-vacant areas in the neighborhood. Parks, new homes, or strip malls have all been suggested for the empty space. The City Planning Commission created a plan for the area in 2002, and plans have come and gone over the years. Little action has been taken, however, causing residents to feel a sense of abandonment.

“The people around here, we’ve been treated poor for so long nobody just cares anymore because everything we ask for, we don’t get it. We just pretty much stay to ourselves,” said Tommy Warren, a Logan resident since 1998.

But it’s not just the triangle which is causing feelings of neglect. Residents feel like the city has left them to solve all of the neighborhood issues on their own. 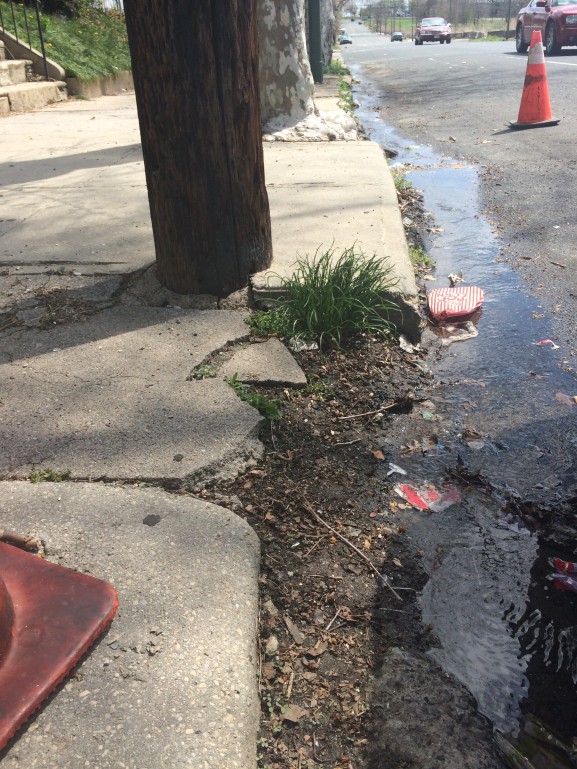 “Look at the water running over there,” said Warren, who has seen the neighborhood transform since he first moved in. “That water’s been running like that six, seven years. It’s been running where that cone is to down there; I don’t know what the water company or nobody hasn’t done anything about it, it’s been running for years. Everybody complained about it already.”

“[Or] the raccoons on the block,” added Joseph Wilson, a Logan resident for the past five years. “When I was living over there, across the street, and everybody on this side of the street had raccoons—at least one or two of them of the big ones—on the porches and in the houses. We complained and nothing happened. I moved.”

However, even residents acknowledge it’s not just the city. 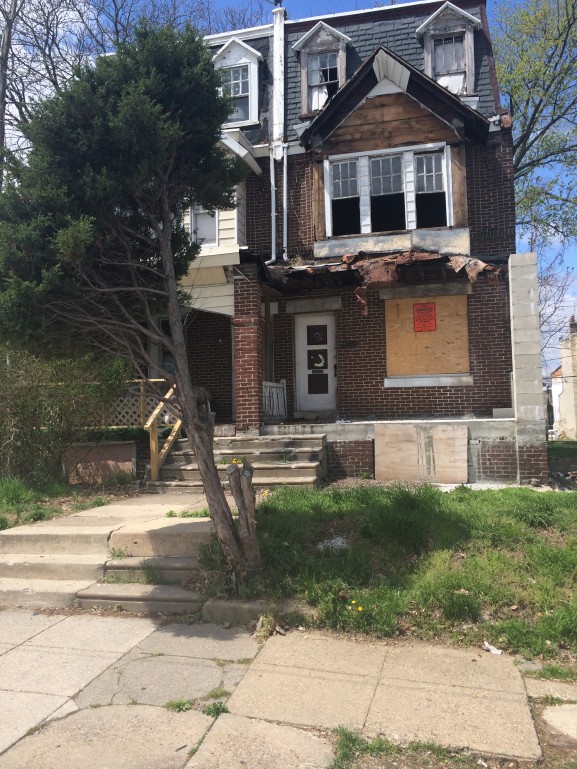 “You get people who fix up their house and their block and keep it neat, but then you got a lot of people up here, who wanna wait two, three weeks till after everyone else does something till they do it, or don’t do it all. I’m done with all that. I just mind my business and keep to myself,” Warren concluded.

The Logan CDC, along with planning firm WRT, is looking to address issues like these in the Logan Neighborhood Plan, provided through a grant from Wells Fargo Regional Foundation. They have been conducting Resident Surveys and holding committee meetings to get an understanding of neighborhood issues.

And that’s exactly the kind of attitude that the Neighborhood Plan is hoping to change.

– Text and images by Emily DiCicco and Tony Liberto