The intersection known simply as Cottman and Frankford is one of the most well known street crossings in Mayfair. But just two blocks northeast on the 7300 block of Frankford Avenue sit three of the more iconic eateries in Philadelphia.

Wit or Witout? Philly Cheesesteaks, better known as WoW, sits near the middle of the block at 7352 Frankord Ave. Wit or Witout? has quickly risen to the top of the cheesesteak business, winning Philadelphia Magazine’s “Best of Philly 2009” cheesesteak category, and it took home first place in Food Network personality Guy Fieri’s Cheesesteak Battle in 2011.

While WoW has won a few awards recently, what the staff really pride themselves on is a truly authentic Philadelphia cheesesteak experience for their customers in the area, which manager Rajiv Ramsawak – or “Jeeve” as patrons know him – calls a vital part of the Northeast.

“The 7300 block is like the heart of Mayfair, we’re in the center of everything.” Ramsawak said. “We try to give people a true taste of Philly. We don’t say, ‘Hello sir or ma’am,’ we say things like, ‘What up man?’ or ‘How you doin’ bro?’ and things like that. We try to keep it authentic.”

Another way WoW is trying to keep the authenticity of their cheesesteaks is by making sure all of their food is supplied by Philadelphia companies.

“We want to be the first authentic Philadelphia cheesesteak franchise in the country,” operation director Brian Stukes said. “Everything you see at Wit or Witout will come from Philly. The steaks, cheese, and rolls all come from Philly. The rolls are probably the biggest ingredients too, because one of the big complaints out there is that the roll tastes different in other places because the water is too hard or soft. We’re trying to make sure that doesn’t happen as we expand.”

Non-city residents often ask about the meaning of the name Wit or Witout. Ramsawak offered an explanation for those not familiar with the phrase, which represents the way native Philadelphians often drop the “th” sound from both words.

“The name ‘Wit or Witout’ is a reference to the way cheesesteaks are ordered,” Ramsawak said. “If you want onions, it is called a steak ‘wit.’ If you opt out of the onions, you want a steak ‘without.’ It is that easy to order.”

The 7300 block of Frankford Avenue is also home to the original Philly Soft Pretzel Factory, which opened its doors in May 1998. The company has since expanded to over 100 stores and has been featured on the CBS television show “Undercover Boss.”

On May 17, the Philly Pretzel Factory will be hosting a block party on Frankford Avenue in front of the store. It will be the 8th annual Block Party held by the original store. Festivities will include live music, pony rides, balloon animals and a pretzel-dog eating contest where the winner takes home $500 – and a stomach full of food.

There are plenty of places to get a pretzel in Philadelphia, but people in Mayfair flock to this location because it is familiar to them.

“Philly is known as a pretzel city,” Northeast resident Bill Friend said. “I love the location in Mayfair because it’s the original, and because it’s a place I can see many people that I know. That’s one of the great things about Frankford Ave. You’ll usually end up seeing someone you know.”

This is a sentiment echoed by patrons of The Mayfair Diner, which sits directly across the street from the Philly Pretzel Factory.

The Mayfair Diner has operated in Mayfair since 1932, when its owners opened up a little diner on Ryan and Frankford avenues. The restaurant has since moved to 7373 Frankford Ave., and according to its website, has one of the longest diners in the tri-state area at 125 feet.

The diner is one of the better-known places to eat in the Northeast, and has a devoted base of repeat customers, including Mary Elizabeth Barron, who has been coming to the Mayfair Diner for most of her life.

“I really enjoy coming here,” Barron said. “The atmosphere is great, the people are nice, and it’s just a good place for people in the Mayfair community to come and have a good, cheap meal.”

The 7300 block isn’t home to just eateries, McNoodle’s Irish Pub, which is situated between Moe’s Deli Restaurant and Mayfair Wireless, is home to one thing – alcohol.

The pub only sells alcoholic beverages, and plays host to various activities and leagues in Mayfair, including the Triple Shooters Dart League.

Other businesses on the 7300 block of Frankford Avenue include Mayfair Wireless, a place for residents to get mobile phones and wireless Internet services, and State Farm Insurance. 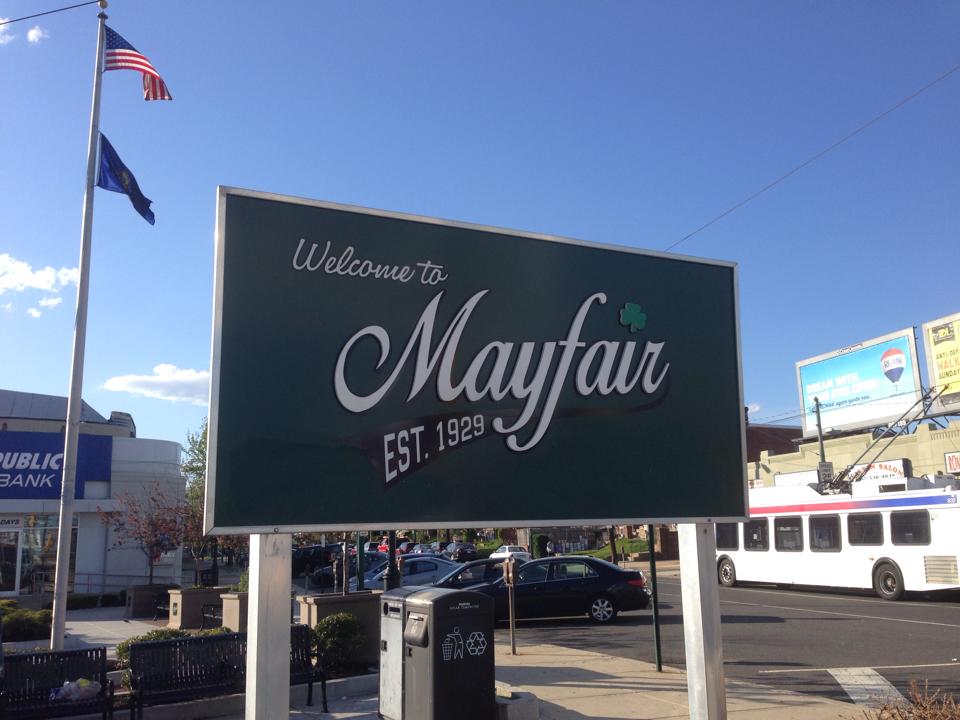 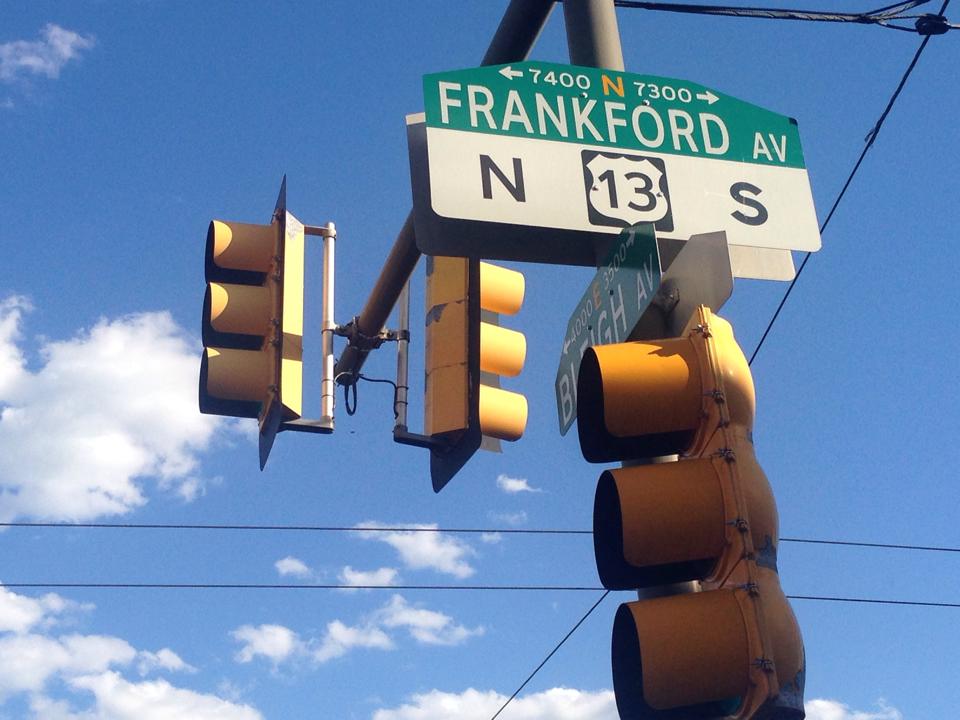 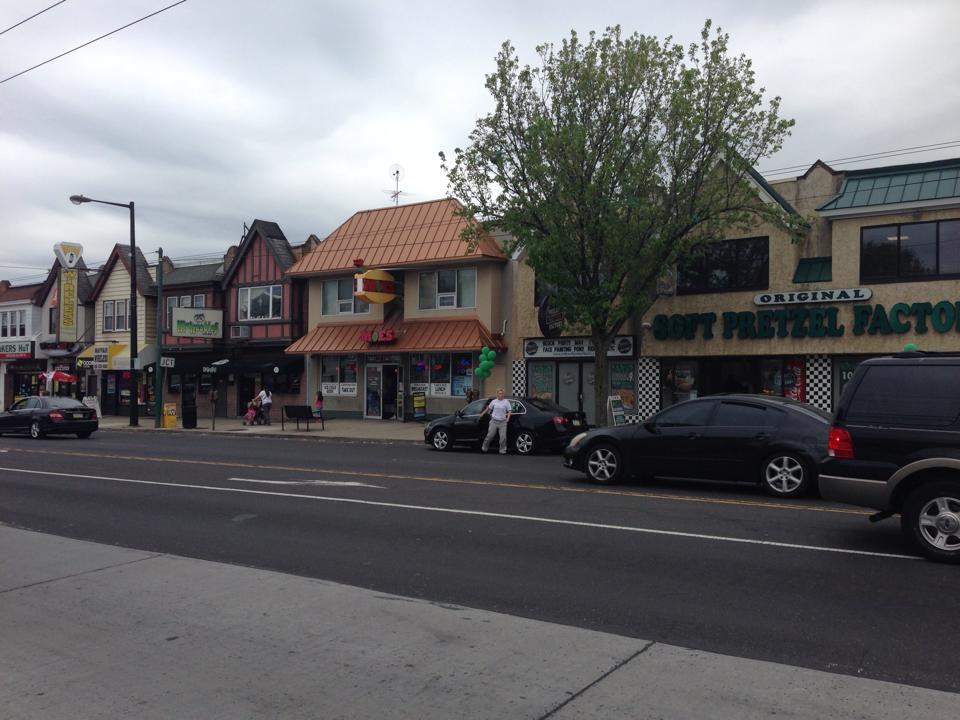 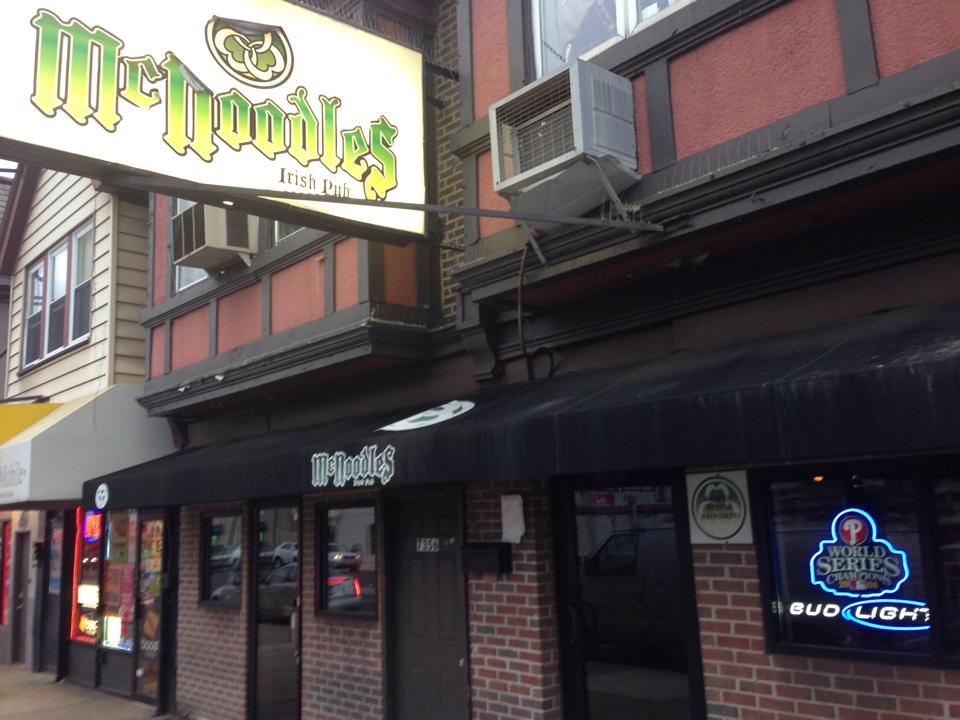 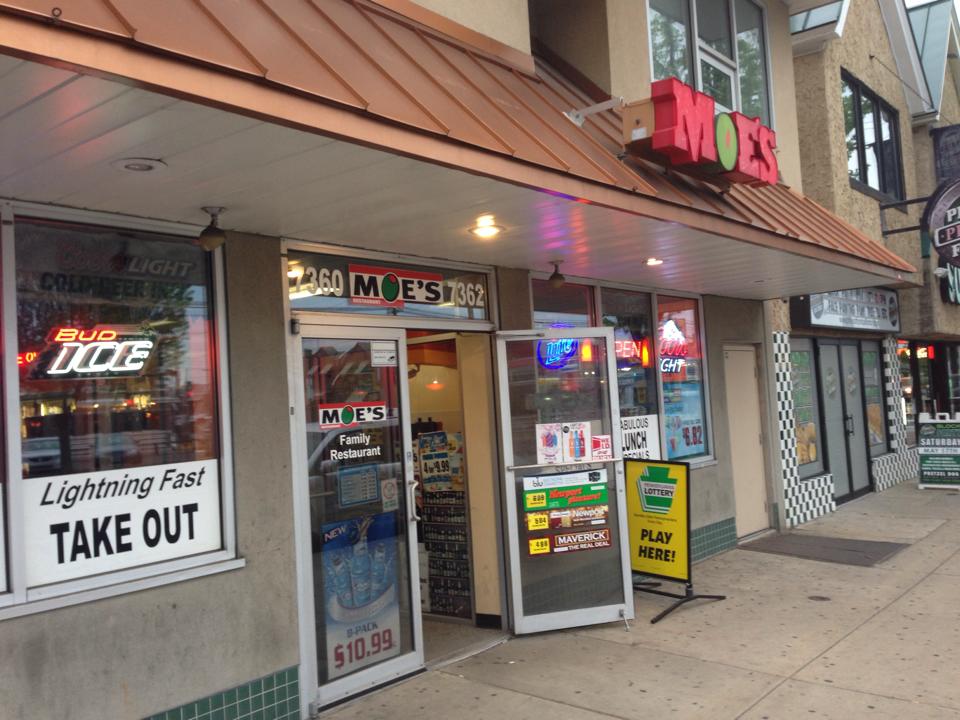 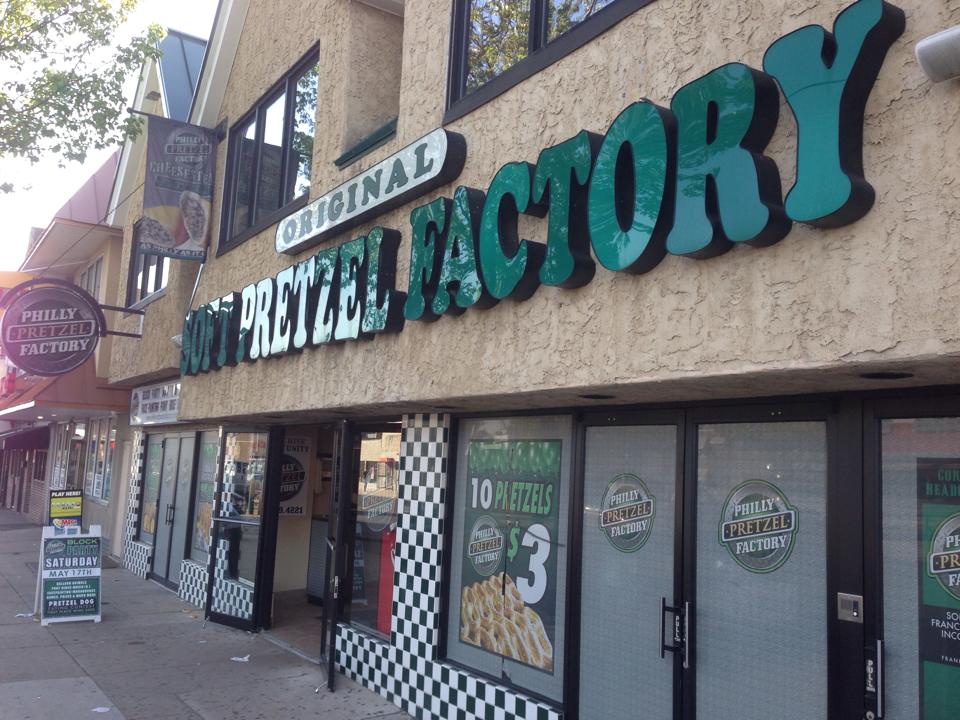 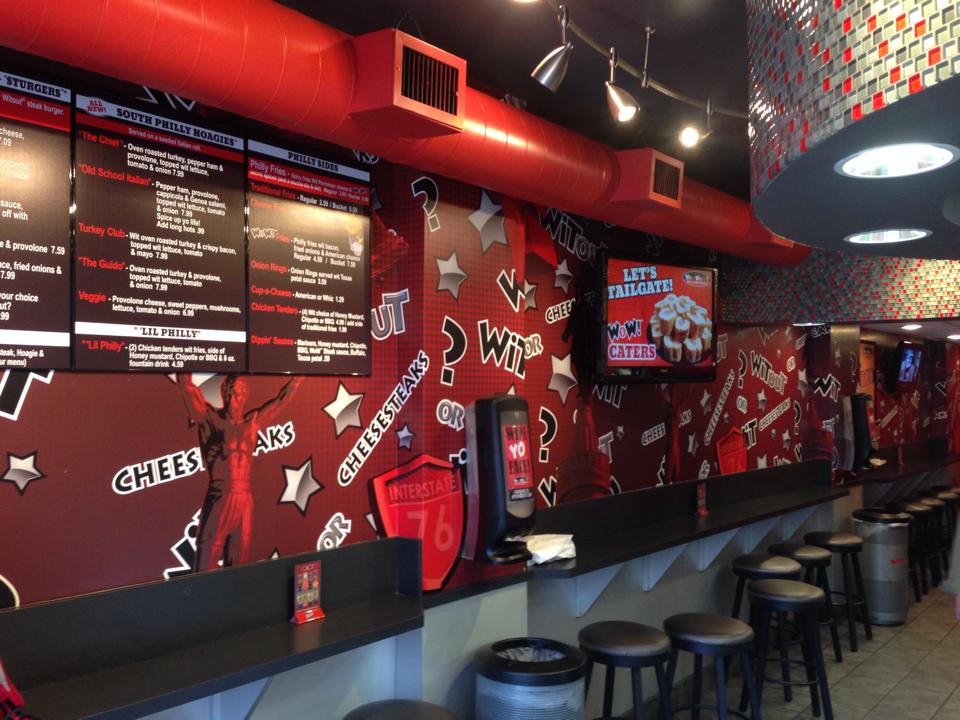 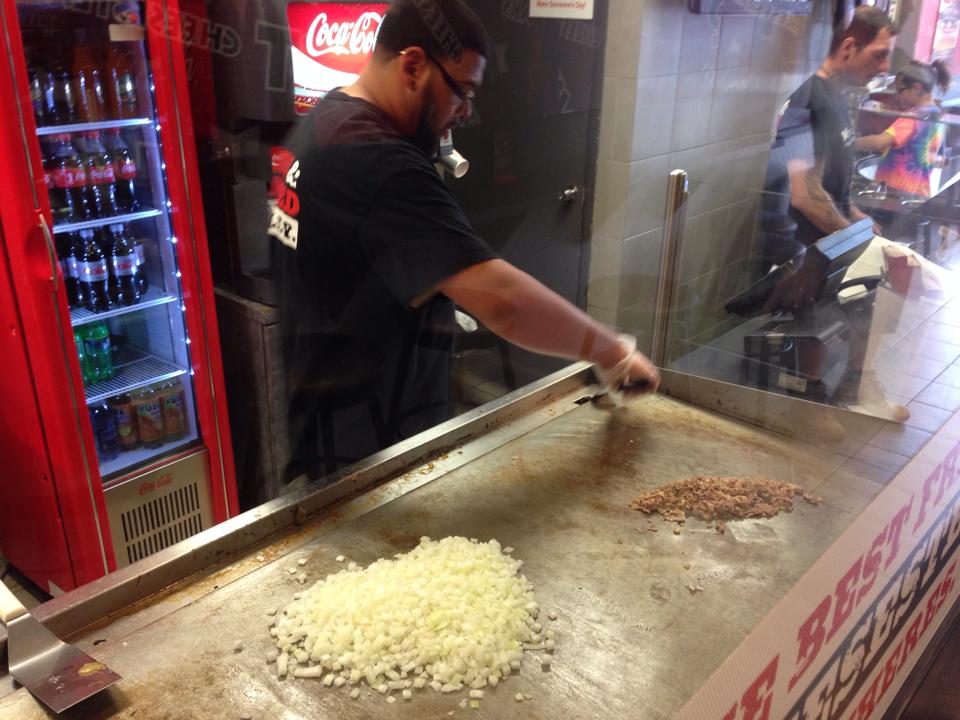 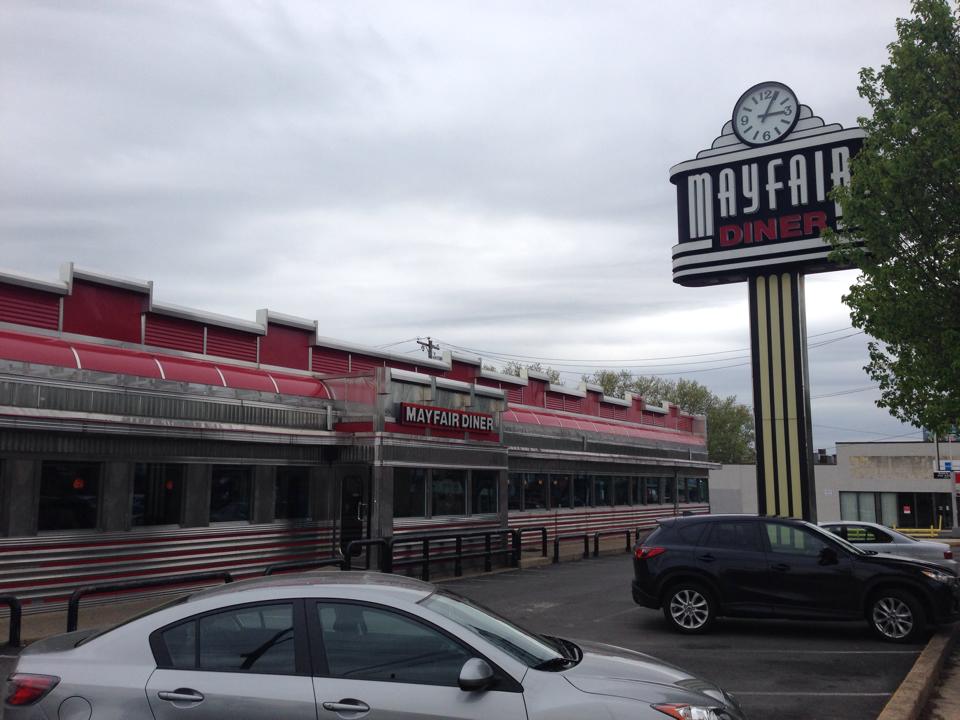 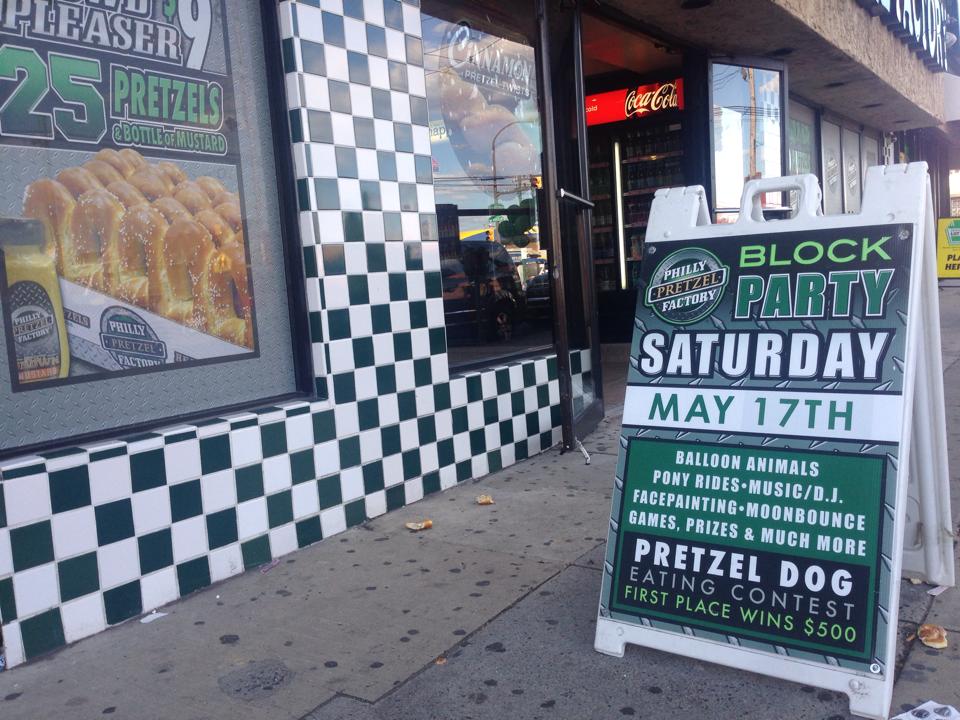 <
►
>
On Saturday May 17th, the Philly Pretzel Factory will host a block party, which includes a pretzel dog eating contest.

– Text, images, and video by Steve Foltz and Ean Dunn

The smell of fresh coffee emits from the second floor of Circle of Hope, located on Frankford Avenue and Norris Street, as the Kensington Community Food Co-op (KCFC) sets up for their Tuesday market place. [continue reading…]