What started as a two-person weekly exercise routine at a local park blossomed into an almost 200-person expression of cross-cultural understanding in the Mayfair section of Philadelphia.

“Exercise in the Park,” as locals refer to it, is a nightly gathering at the Mayfair Elementary School’s playground where longtime and newer residents unite through the common language of fitness.

The recreational event is one of many Mayfair hosts to promote diversity and integrate longtime residents with new immigrants moving into the area.

“I think the more exposure the Asian-American community has with a lot of the community events that are taking place now, the better off we are,” said Councilman Bobby Henon of the 6th councilmanic district in Philadelphia. “It’s exciting for me to see the community coming together.”

Exercise in the Park began about two years ago when two of the neighborhood’s newer residents began meeting and exercising at a playground to elevate their heartbeats. As parents picked up their children from school, the nightly fitness routine attracted more attention and quickly grew to have more than 100 participants, which is when Henon got word of it.

“I wanted to come up and say hello,” he said.

At a recent session, participants presented Henon with applause and a bouquet of flowers to thank him for his support, including arranging an indoor place to practice during the fall. Several participants thanked him for his work through the years helping the neighborhood’s growing Asian community acclimate. 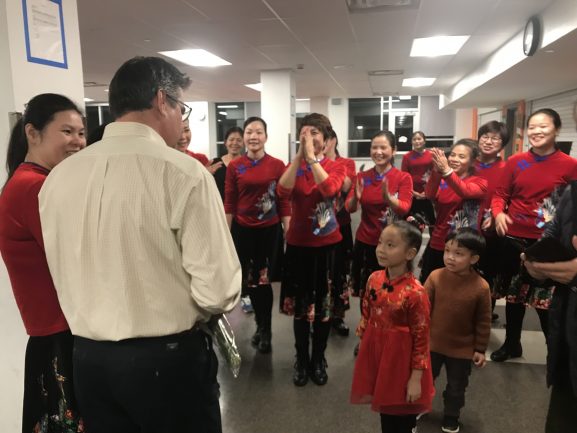 “It’s a culture shock, to put it bluntly,” Henon said. “We have a population growth that’s growing rapidly here in Northeast Philadelphia, it’s not just the Asian community. There’s a lot of other cultures and racial diversity and religions that are moving into the Northeast, not just to Mayfair.”

Henon said he discovered some safety issues at the park and wanted to make sure the residents worked out in a safe and comfortable environment.

“I realized there was insufficient lighting at the playground, there were no cameras in the schoolyard and the gates were not locked,” he said. “They also would have benefitted from adding another gate so their children and grandchildren would still have access to the swings and basketball courts.”

He advocated for funding and hosted a community meeting with residents and the 15th Police District of Philadelphia. The city added more than 30 cameras in the area, replaced all lighting with LED bulbs, added locks to gates and installed a new gate for security.

The sounds of bells ringing and drums pounding amplified throughout the cafeteria at the Mayfair Elementary School while female performers, dressed in red shirts and black floral-printed skirts, shuffled their feet in synchronized dance moves. It was not long before the crew invited Henon to participate in the traditional Chinese dance. 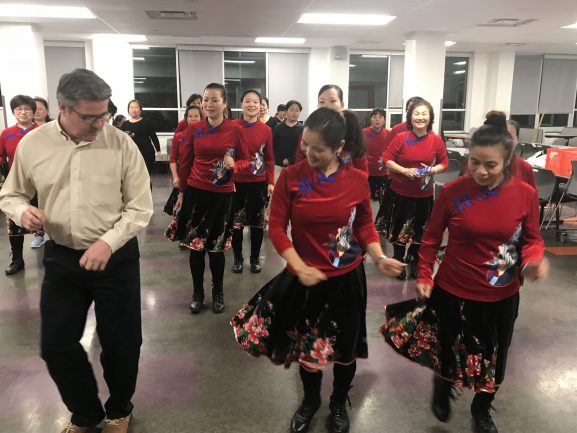 The steps are chosen from YouTube by the instructors and the dancers collectively. The team picks dances that are manageable.

“We try not to do songs that are too hard,” said Nancy Wang, a dancer on the team. “Some dance moves are easier and some are hard.”

Wang, 56, said there are different levels of dancing, but all are welcomed to join.

“There are beginners and experienced dancers,” she said. “A lot of kids come, too.” 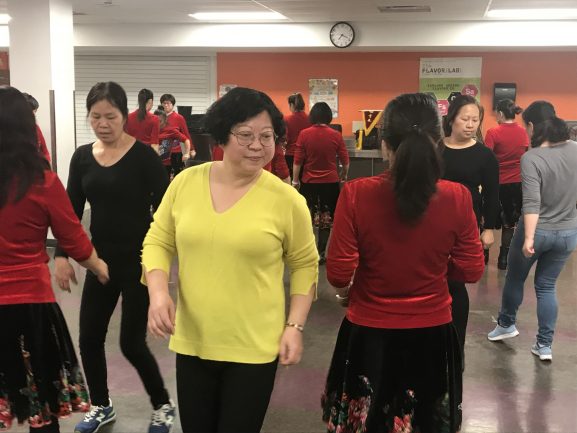 Not only does the activity bring the community together, but it also promotes fitness and health.

Anna Chen, a 46-year-old Mayfair resident, said she joined the dance team to make new friends and exercise. For Chen, participating in nightly physical activity has many health benefits including weight loss.

“All from just practicing two hours every night,” she said.

Chen not only reaps the health benefits from the practices but also enjoys the diversity the program promotes.

“I have an American girlfriend who joins us but she had surgery so she’s not here right now,” Chen said. “We welcome all the Mayfair neighbors.” 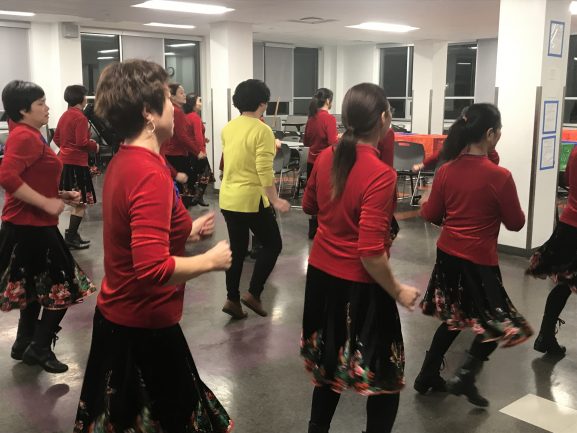 As for gatherings like Exercise in the Park, Henon believes these events will promote diversity and make Mayfair a thriving community.

“We all grow together,” he said. “We grow in confidence. We grow in getting to know each other and being part of the same Mayfair.” 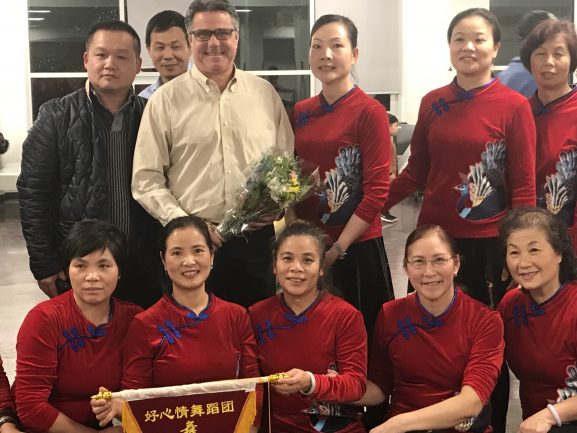 -Text and images by David Mattera.

The Pennsylvania Society for the Prevention of Cruelty to Animals (PSPCA) has been serving the city of Philadelphia for since 1968. The PSPCA is a shelter, located at 350 East Erie Avenue, that feeds and cares [continue reading…]

Olney: Best for PHL, Philly Unite And More This Week