Urban farms all over Philadelphia indicate that many people in the city seek control over the produce and livestock they eat. The concept behind this control is food sovereignty, which asserts that local communities have the right to democratically decide where their food comes from, how it is grown and who profits from selling it.

Philly Food Justice lists about 20 urban farms and community gardens (many act as both) in Philadelphia, and at least two of them are rooted in Southwest Philadelphia.

Chris Bolden-Newsome, co-director of the farm at Bartram’s Garden through the Urban Nutrition Initiative, teaches food sovereignty to the high school students who volunteer there. Originally from Mississippi, Newsome told of ancestors who were “free farmers” with their own farms following the abolition of slavery. His parents currently run a small farm and food sovereignty program in Tulsa, Oklahoma.

In short, Newsome prefers to farm for himself, and he encourages his peers to do the same.

As a farmer and educator, he works with communities all over Philadelphia to provide them with the knowledge and skills about farming that he hopes will foster self-reliance. Through his Seeds for Learning program, he brought an in-depth urban farming education initiative to Martin Luther King High School in Northwest Philadelphia.

According to Newsome, because people in lower income neighborhoods in Philadelphia have historically had worse access to healthy food, unhealthy eating patterns developed even as healthier options became more widely available. Part of his mission is to help community members learn what he considers life essentials, such as survival and basic human rights.

Diamond Gowh, a senior at John Bartram High School, said she has greatly benefited from volunteering on the farm at Bartram’s Garden. Two years ago, before she began her work on the farm, she frequently ate junk food. Since then, she cut down on several choices she considered unhealthy, like soda, chips and oils.

Gowh likes that she helps grow organic produce and then sends it out into the community through farmer’s markets during the summer.

“I feel happier and more independent here because I control what I eat. People need to know that it’s okay to have control over your own food,” she said, addressing the idea that self-reliance for food is daunting to many people.

Gowh hopes the Bartram farming program will influence community members to integrate healthy eating habits into their daily lives. She said that while Southwest Philadelphia supermarkets may have healthy options, people don’t take advantage of them.

“UNI [Urban Nutrition Initiative] is taking out the negative, bringing in the positive, and trying to make a change in the community,” said Gowh.

Not far from Bartram’s Garden, on a Monday afternoon, Sister Alia Walker opened the gates to the Earth’s Keepers community garden and farm adjacent to the Kingsessing Library. Three high school students and one adult immediately got to work, untangling roots and watering their raised beds.

A board member of the Philadelphia Horticultural Society, Walker got the idea for Earth’s Keepers when she judged a community gardening contest for PHS and realized she wanted her own community garden. She received a grant from PHS to attend a community gardening training program with the organization Growing Power in Milwaukee, where she and the high school students she brought with her learned about food sovereignty.

Earth’s Keepers holds a farmer’s market all year, with reasonable prices compared to corporate organic produce providers, said Walker. Her plan is to introduce new fruits and vegetables to the community, teach residents how to prepare dishes with the food, and inspire people to take ownership over their food by growing it.

“People taste food with a different attitude when they’ve grown it themselves,” she said.

Walker, like Newsome, feels she is teaching life lessons – not just food lessons.

“The garden is our laboratory,” said Walker. “Students run this business, learn about the value of each type of produce they grow, and bring that knowledge to the community.”

She said the food system in the United States is broken, and that people must grow crops wherever they can. Additionally, she is upset by city ordinances and zoning laws that she feels prevent farming and gardening.

Walter Eugene Rives, a sophomore high school student living in Northeast Philadelphia, is a paid staff member at Earth’s Keepers. Originally raised on a farm in North Carolina, he feels at home working in the garden.

“The best way I can describe it is ‘peaceful.’ It’s like getting out of the city for a little while,” he said before returning to his de-weeding and plant feeding duties.

– Text, images and video by Gregory Brandon and Jacob Colon 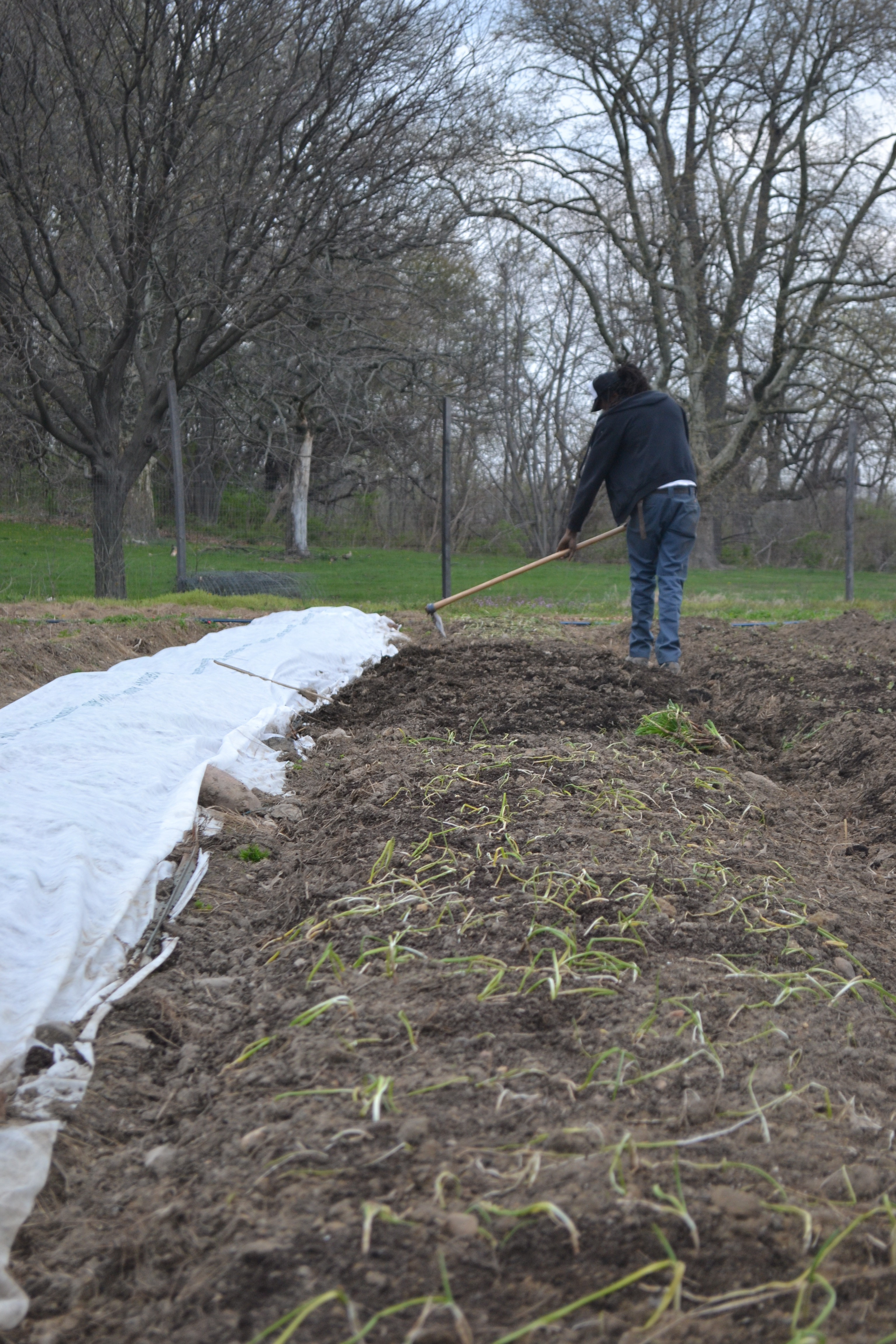 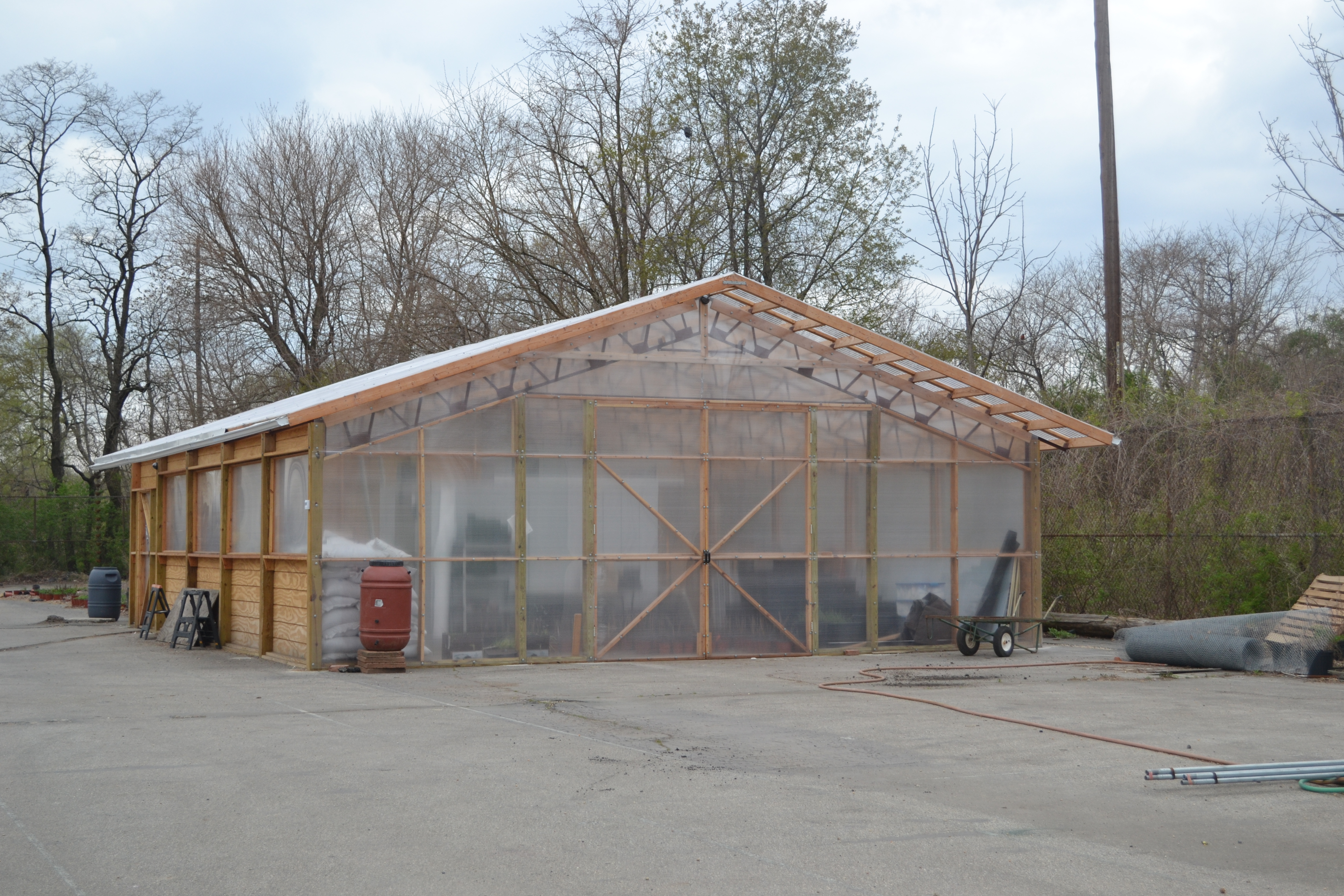 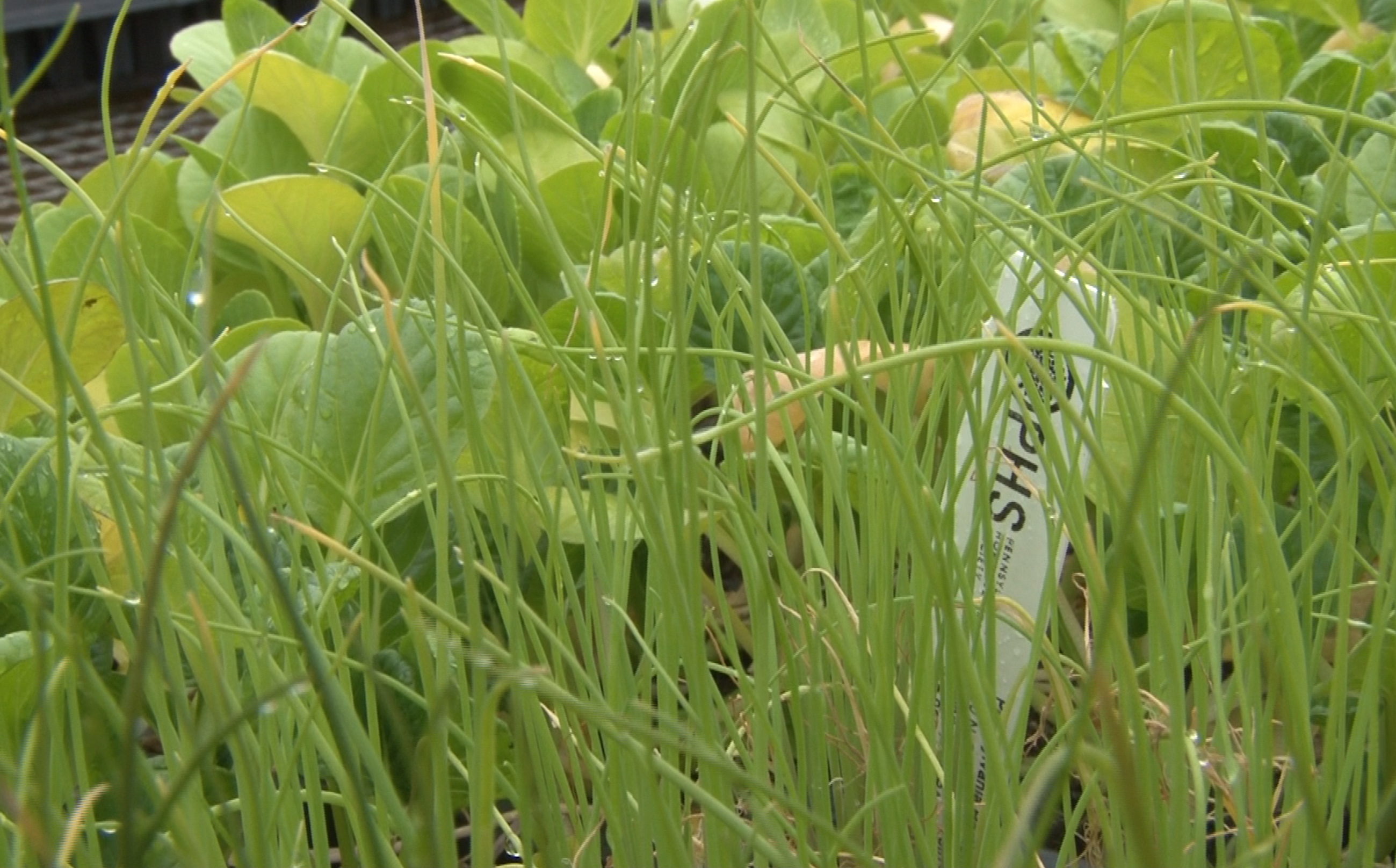 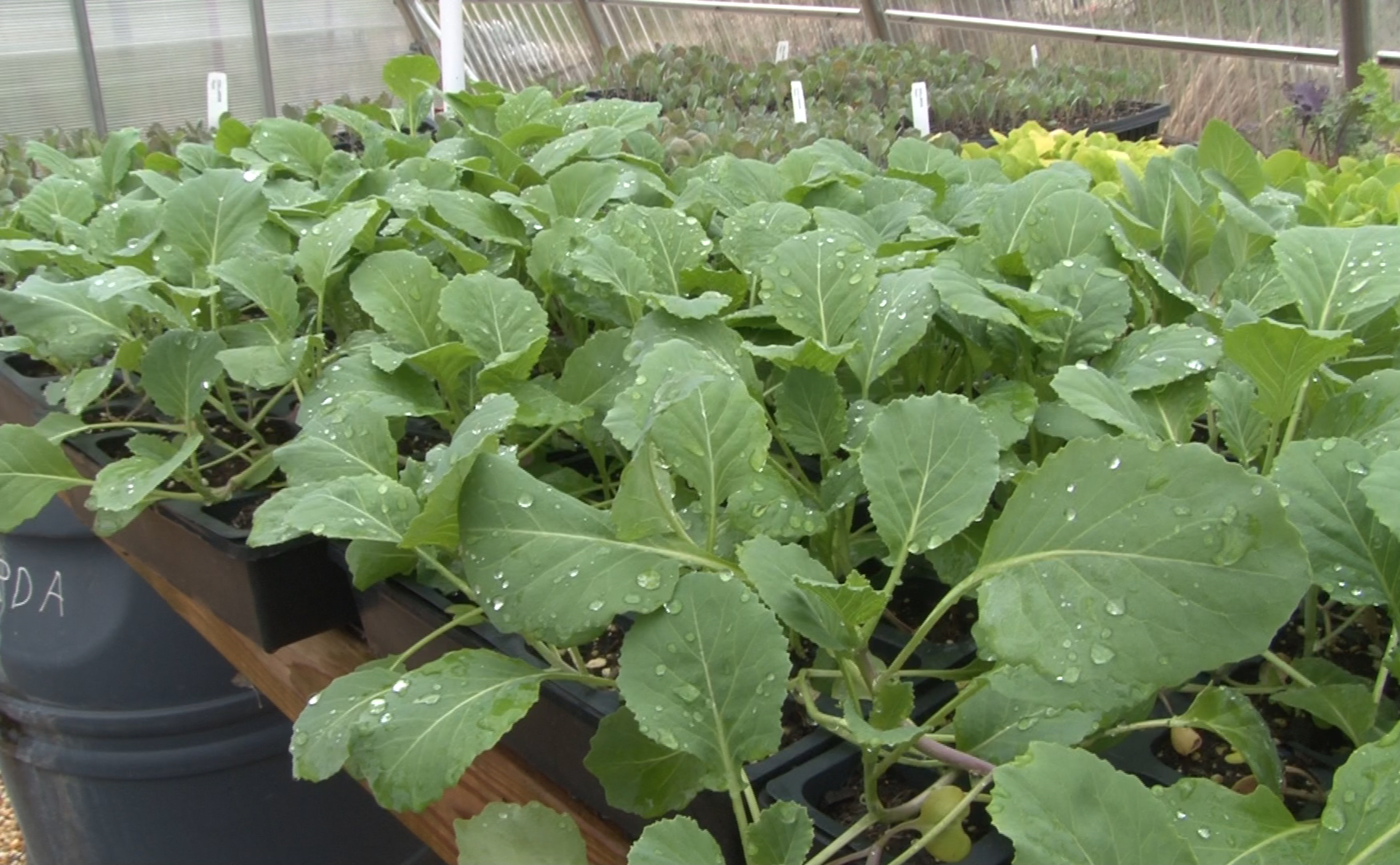 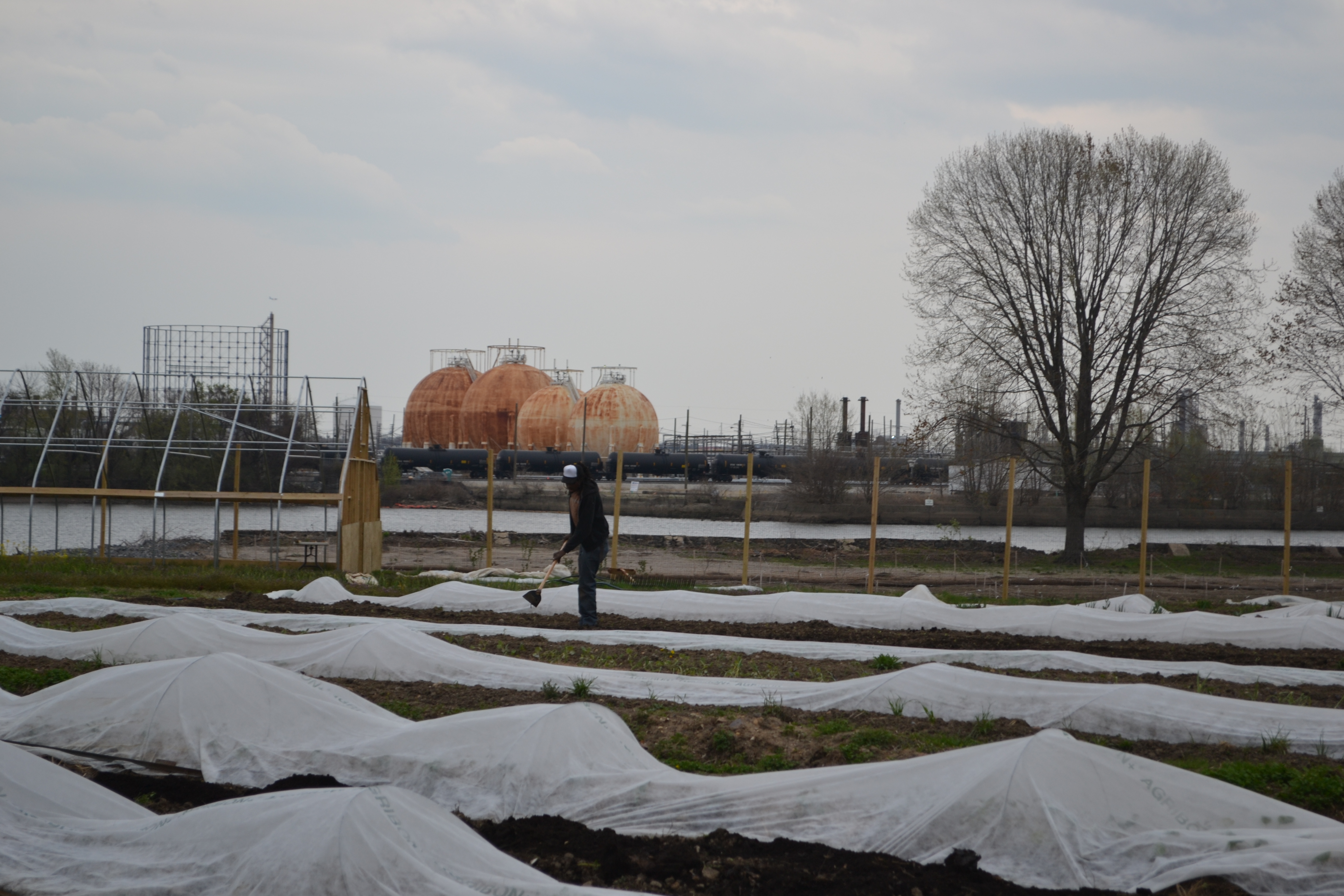 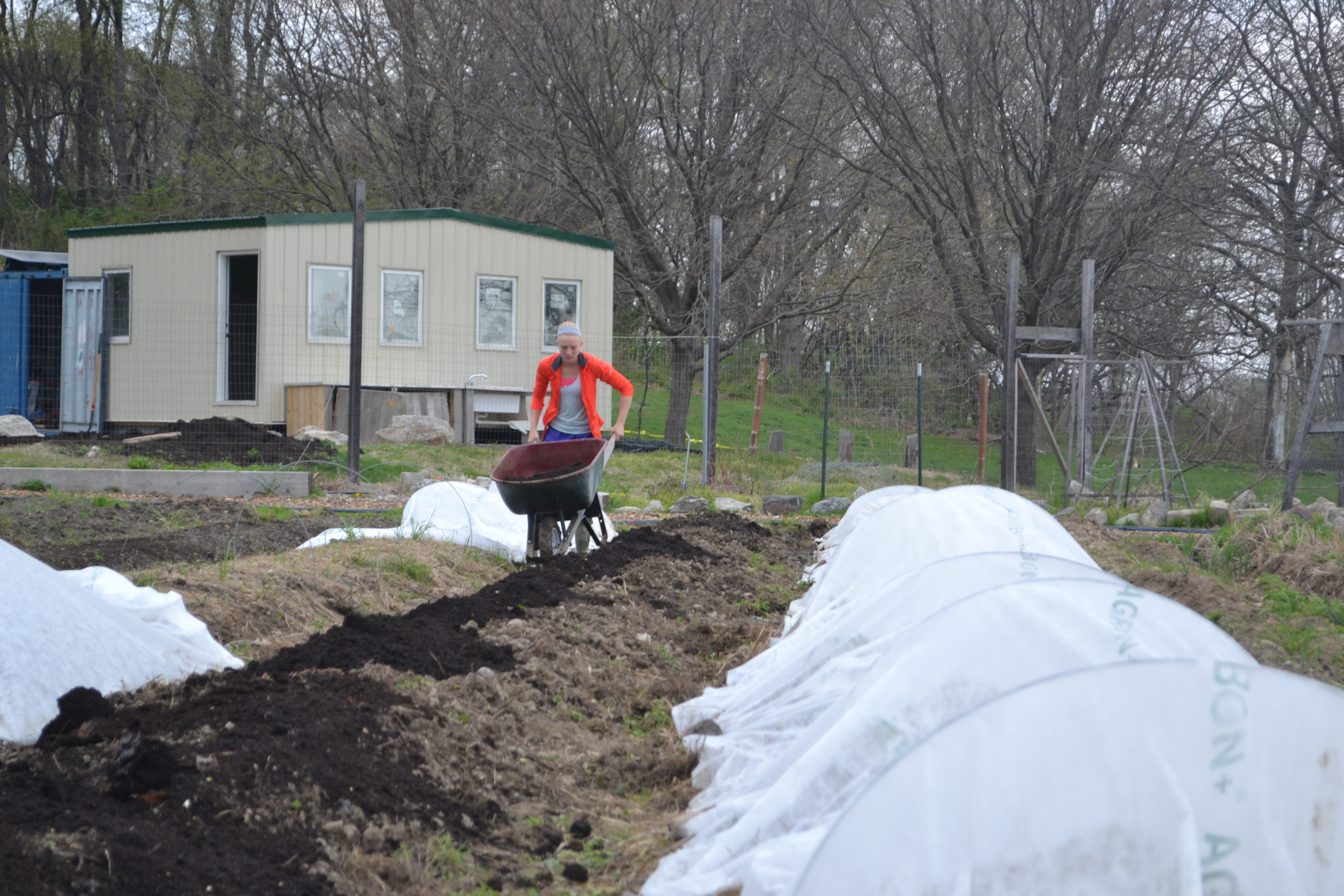 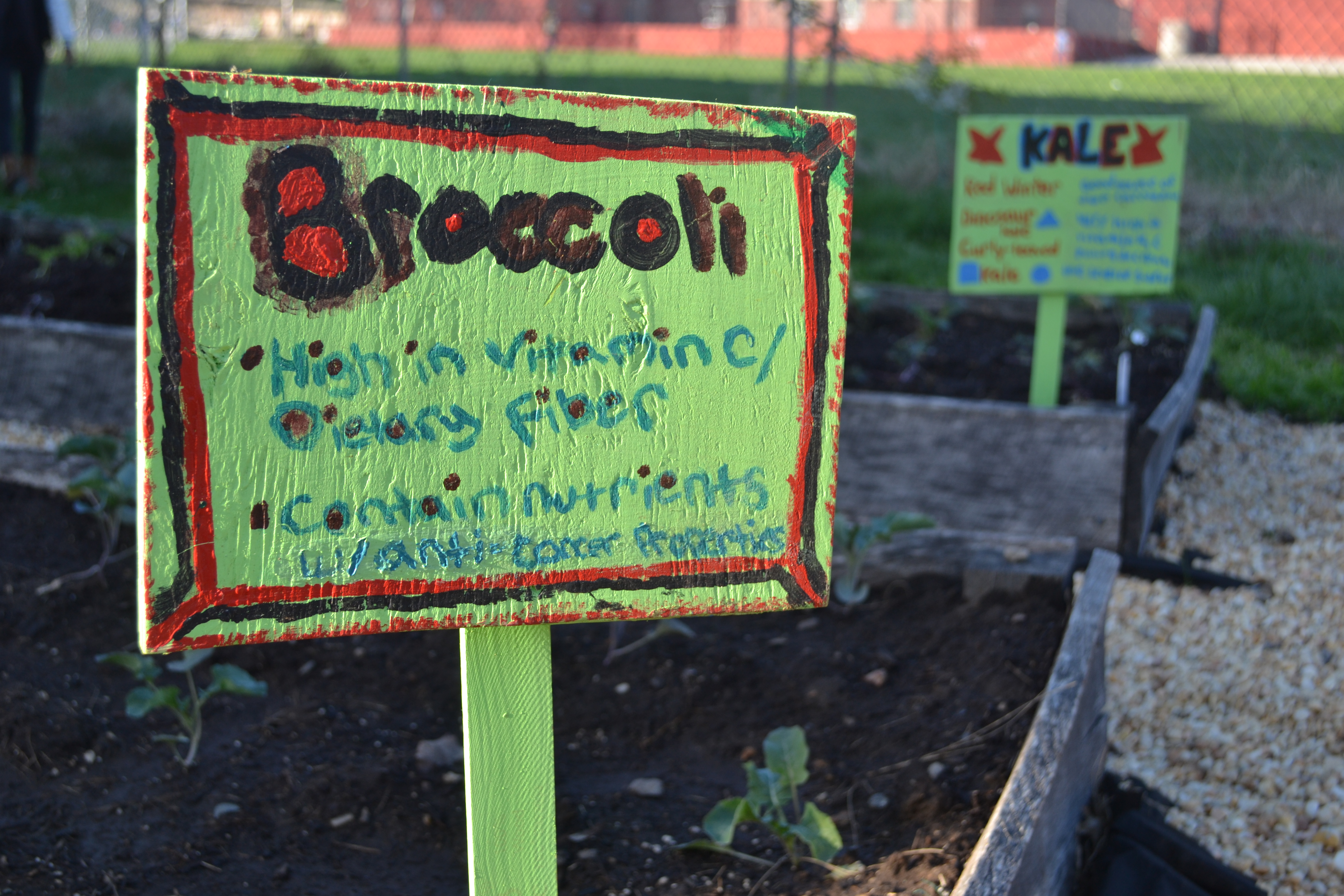 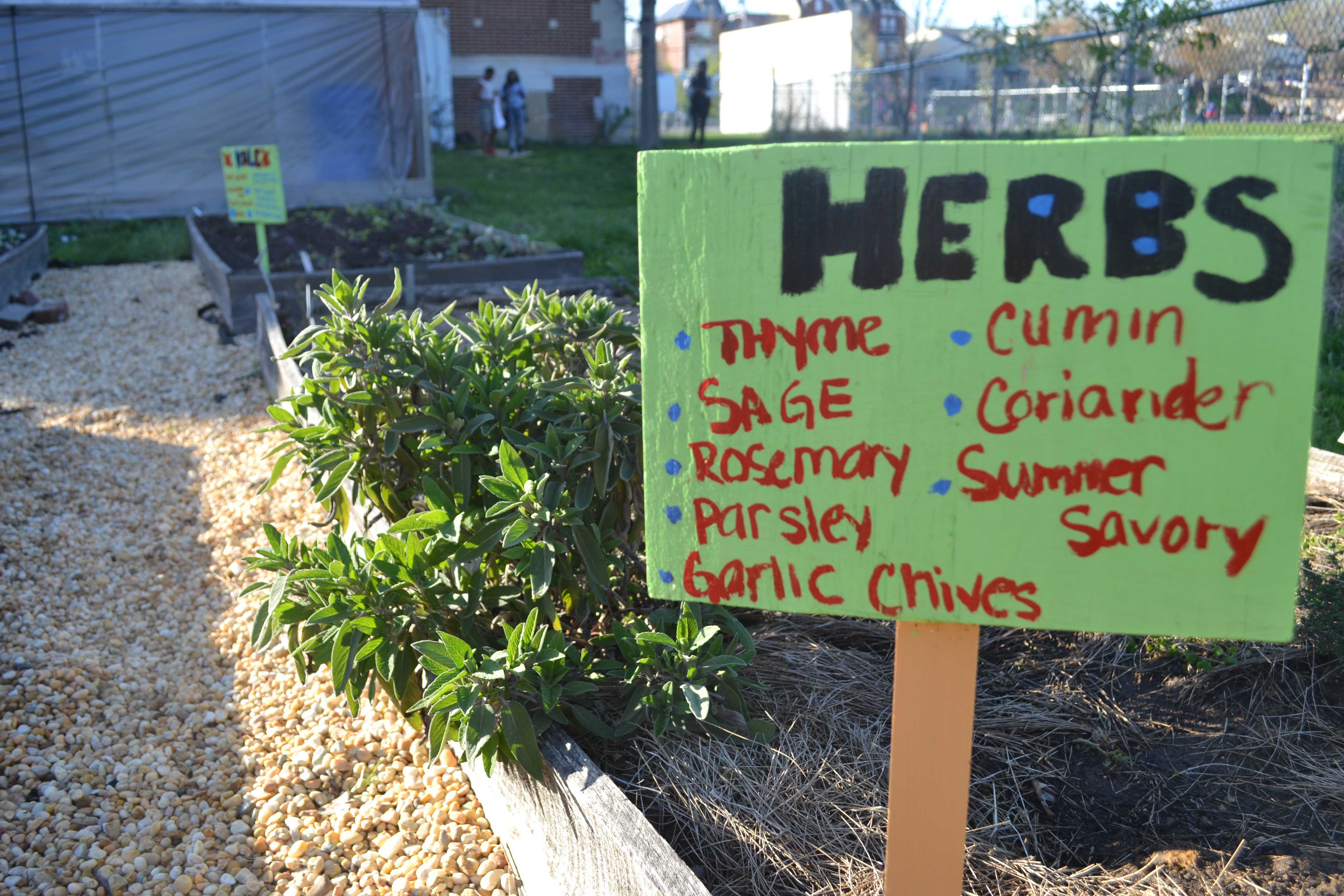 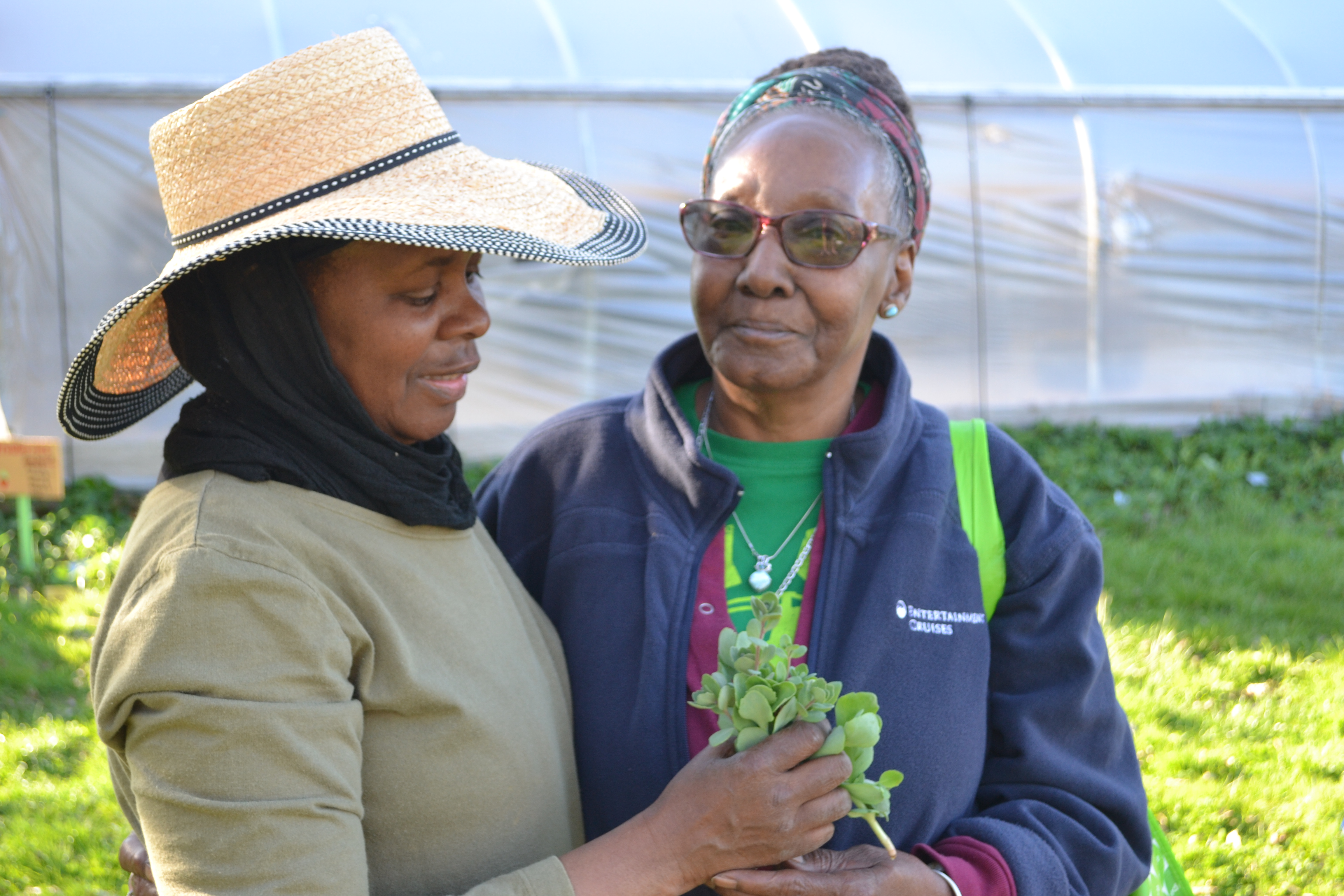 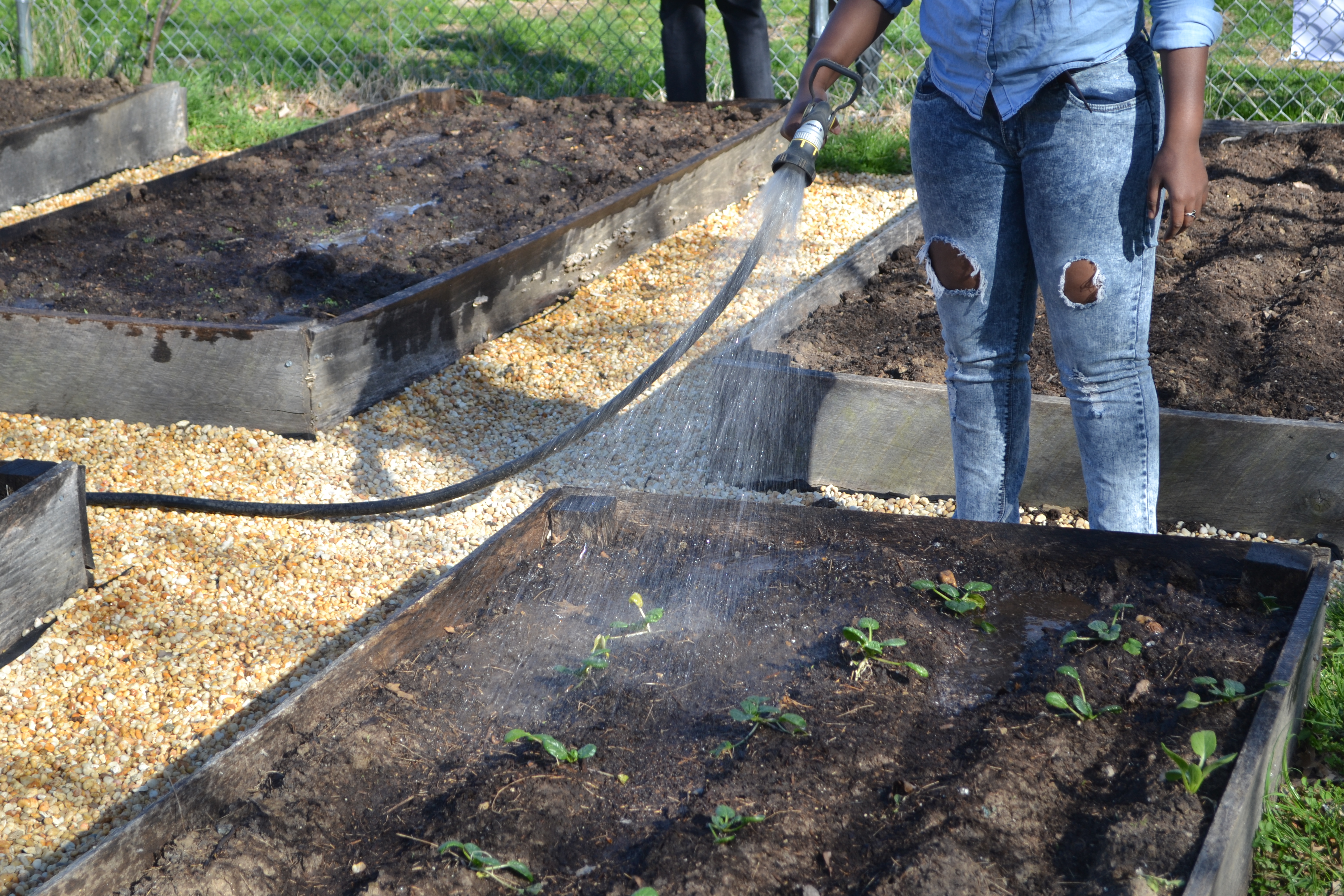 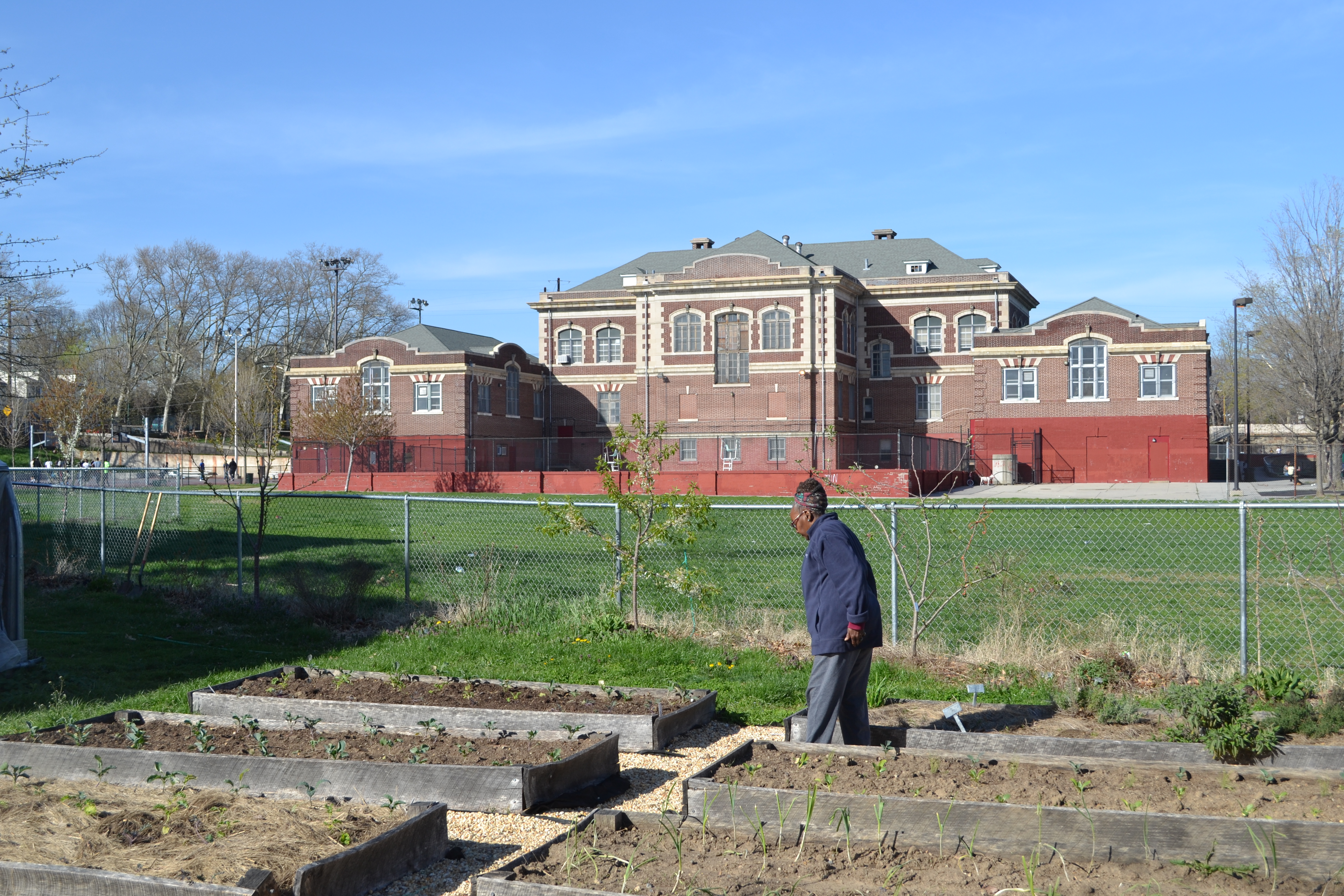 Port Richmond: Friends of Campbell Square Bring Neighbors Together for Another Great Event

In the past, Campbell Square Park was known as a gathering place for drug addicts. In 1989, Friends of Campbell Square formed to create a clean and safe environment for Port Richmond residents. “There was a [continue reading…]

Environment: How One Organization is Working Toward Building a Greener City

Meghan Talarowski thinks play can bring anyone together. “There’s no race, there’s no economic status related to play,” Talarowski said. “Everybody plays. That’s what we do. It’s like a basic human nature.” Talarowski, a landscape [continue reading…]