Philadelphia’s Delaware River is a major source of both industry and recreation, with many of its landmarks bearing important historical relevance. Bustling ports operate next to tranquil fishing holes, and history can be found at every bend of the river. The entire span of Philadelphia’s Delaware River waterfront is in the midst of a dramatic makeover, headed by the Delaware River Waterfront Corporation. The following five places along the river have not yet been influenced by the DRWC, but are crucial to the city’s recreation, economy and history.

Island Avenue/Enterprise Avenue
Off of Exit 15 from I-95

The area north of Philadelphia International Airport at the waterfront is rich with ponds and marsh land. Outdoor enthusiasts can bike along Enterprise Avenue and Island Avenue, as there is not much traffic on these roads. 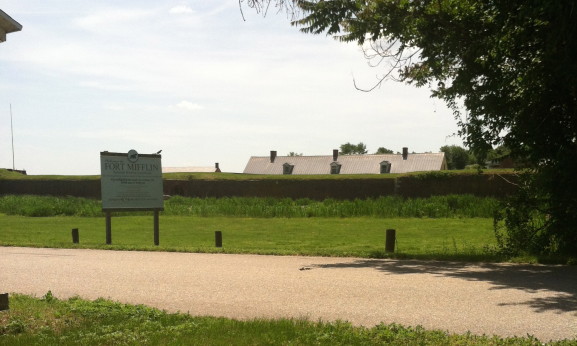 Fort Mifflin is not often included in the standard tour of Philadelphia’s historic sites. However, this relic from the 1770s has a rich and interesting history. The fort was constructed to provide defense for Philadelphia from the British and was subjected to a bloody siege in 1777. After the American Revolution, the fort was used in other military endeavors before being decommissioned in 1962. Visitors to the fort will be intrigued by lesser-known bits of history and can enjoy a quiet escape from the noise of the city. 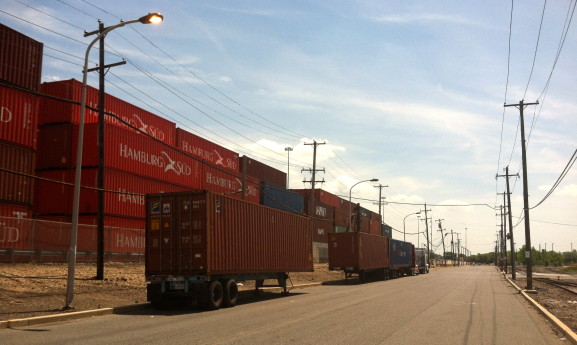 The Philadelphia Regional Port Authority’s busiest facility is the Packer Avenue Marine Terminal. The terminal covers 112 acres and is highly visible from Interstate 95, Interstate 76 and Columbus Boulevard. The terminal handles intermodal shipping containers, steel and frozen foods for the region and beyond. 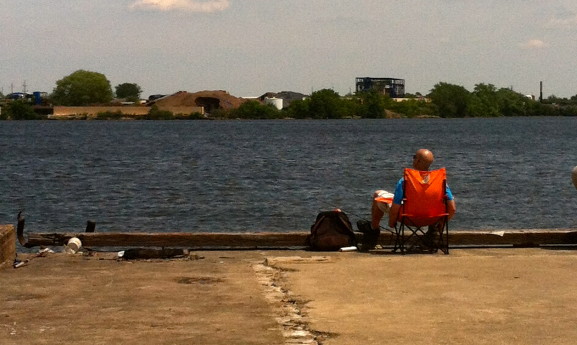 A local hangout for fisherman and those simply seeking a relaxing escape from the city, lies at the southern terminus of the Delaware River Bike Trail near the Pier 70 shops. Follow the bike trail for about 100 feet and an old pier will be on the right. On warm days, visitors to the pier will delight in watching sailboats float down the river. 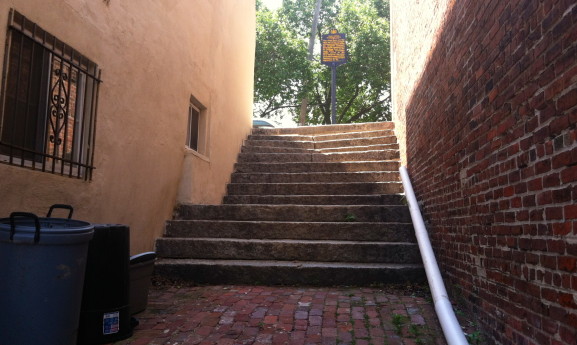 It is easy to miss this tiny stretch of Front Street when speeding down Columbus Boulevard. This particular block of Front Street is cobblestoned and winding with an Old World charm. The street has one of the 10 original passageways to the waterfront William Penn had planned in the early 1700s. Visitors to the street can admire the colonial-style architecture on the street or relax in the park directly across from the waterfront passageway.

Arms outstretched, Conrad Benner leaned out over the silver railing that separated the Schuylkill Banks Boardwalk from the water below. Adjusting the frame of his camera to fit the distant Philadelphia skyline, the 29-year-old held, […]

Waterfront: Cooperation Is The Name Of The Game

Jacob’s Ladder, Solomon’s Seal and Shooting Star. No, these aren’t references to characters and events from the bible. Yet, as the shooting star signaled the birth of Jesus to the three wise men, so too […]