Though almost 11 years have passed since the architectural salvage company originally opened its doors in 2003, ReStore hasn’t strayed away from its original mission.

Linda Mellish, the company’s owner, set out to save useful architectural elements from ending up in a landfill and has since created a haven for customers to browse and purchase these items to aid in home renovation projects.

Architectural elements—or items that were once affixed in a home—such as plumbing fixtures, lighting fixtures, mantels, banisters, doors and windows are the types of items the company takes in. The company also carries smaller items such as doorknobs, tile and hardware. 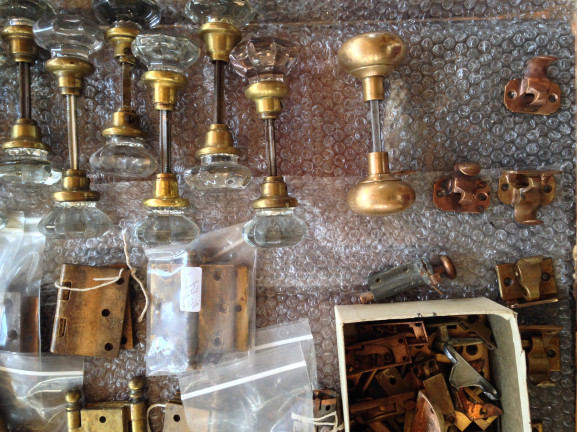 Not to be confused with a refurbishing business, ReStore keeps all of its findings intact the way they were found. The items are merely cleaned when they arrive. Whether the salvaged pieces undergo any refurbishing or not is left up to the customer.

More than 30 years ago, Mellish was working in carpentry when she began collecting and keeping the fixtures she was asked to take out of clients’ homes. When she and her business partner at the time realized the abundance of architectural elements available in Philadelphia, they set out to make ReStore a reality and used Mellish’s collection as a starting point.

Today, the 64-year-old almost single-handedly runs the storefront, with only the help of one other worker, who comes in during the week. 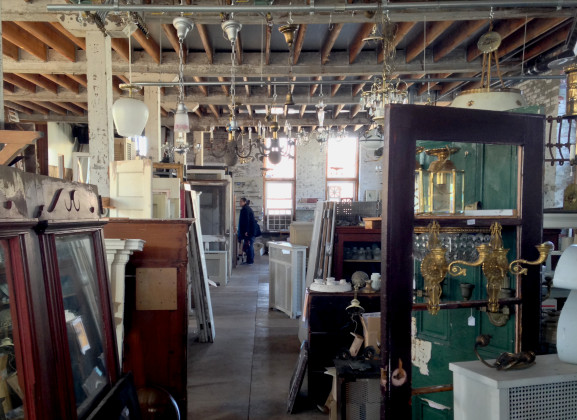 Twice per week, Mellish and a crew of deconstruction workers hit the city streets in a van to see potentially salvageable items up close in their original locations. If the items are declared a good fit for ReStore, the crew removes them and brings them back to the warehouse.

“We actually don’t ask people to bring stuff here,” says Mellish. “We want to go out and see it on site and decide if it’s something we can sell.”

Though the two-floor warehouse, located on 3016 E. Thompson St., is stocked with items almost as far as the eye can see, Mellish manages to keep the items looking presentable in an orderly fashion.

“I would say everyday somebody tells me how organized I am and I have to respond that if I can’t find it, I can’t sell it,” says Mellish. “The minute we bring something in, we decide that we’re going to group it with other similar things. We keep things together in groups intentionally.”

– Text and images by Lauren Arute.

Fishtown: Donations of Prom Dresses for Girls in Need

Maryelis Santiago recently realized that many young girls might not be able to afford prom attire due to financial shortcomings. Hoping that girls may get the dresses they deserve, Santiago has formed a prom dress [continue reading…]