On a sweltering mid June afternoon, Port Richmond resident Michelle Williams sat on a bench at the Cione Playground. Referred to as St. Anne’s Park by the locals (because of its proximity to the now derelict St Anne’s Catholic School), the city-owned playground has fallen into a state of functional disrepair. Weeds grow through cracks in the pavement, and the jungle gym has developed a palpable coat of rust.

“It’s been like this for a couple of years,” said Williams, a mother of two. “It’s like forgotten about.”

But for Williams, the city’s inattentiveness has become somewhat of a way of life.

Despite this, on the corner of Belgrade Street and East Lehigh Avenue, an aqua-blue symbol of self-sufficiency has emerged.

For many years, residents of the 2500 block of East Lehigh Avenue were faced with a dearth of things for their kids to do. Mothers such as Williams worried their children would fill the vacuum of boredom with illicit activities.

“There’s not much around here for kids,” Williams said, “and then they wonder why they do what they do – drugs and shit. If they don’t see anything positive, then what are they going to do?”

In response to this type of observation, the Portside Arts Center, a non-profit dedicated to teaching visual and performing arts, opened its doors in 2007.

Headed by founding president Kim Creighton, the Portside Arts Center has given local residents access to a variety of after school arts programs and summer camps. In addition to sustaining off donations and class fees, Creighton has received great amounts of support for the center from local politicians, including first district councilman Mark Squilla.

“It’s something added into a community that’s so necessary for its growth,” said Squilla. “Without Kim and without Portside Arts Center, we wouldn’t have that opportunity in Port Richmond at all.”

Squilla shared an equally grim outlook as Williams when it comes to the plight of the working class.

“There’s always that middle class or that middle section that doesn’t qualify for that low income affordable type funding,” said Squilla, “but is not sufficient enough or tech savvy enough to get the high end grants for their organization.”

Maria Farias, a South American immigrant and Port Richmond resident, recalled on how the school system she grew up in placed a heavy emphasis on arts and music. Her son Josh, who is currently enrolled in a private school, does not have the same luxury. Farias compensated for this by sending her son to the arts center.

“We like that we could give him a chance to just explore the art and do some creative stuff,” said Farias. “And we also wanted our son to learn to play an instrument.”

Local resident and Comcast employee Daniel Bearden also chose to send his son, Titus, to Portside to give him the creative outlet that Laboratory Charter School wasn’t exactly offering.

“They do art but we’re still worried that it’s not creative enough for him at times,” said Bearden. 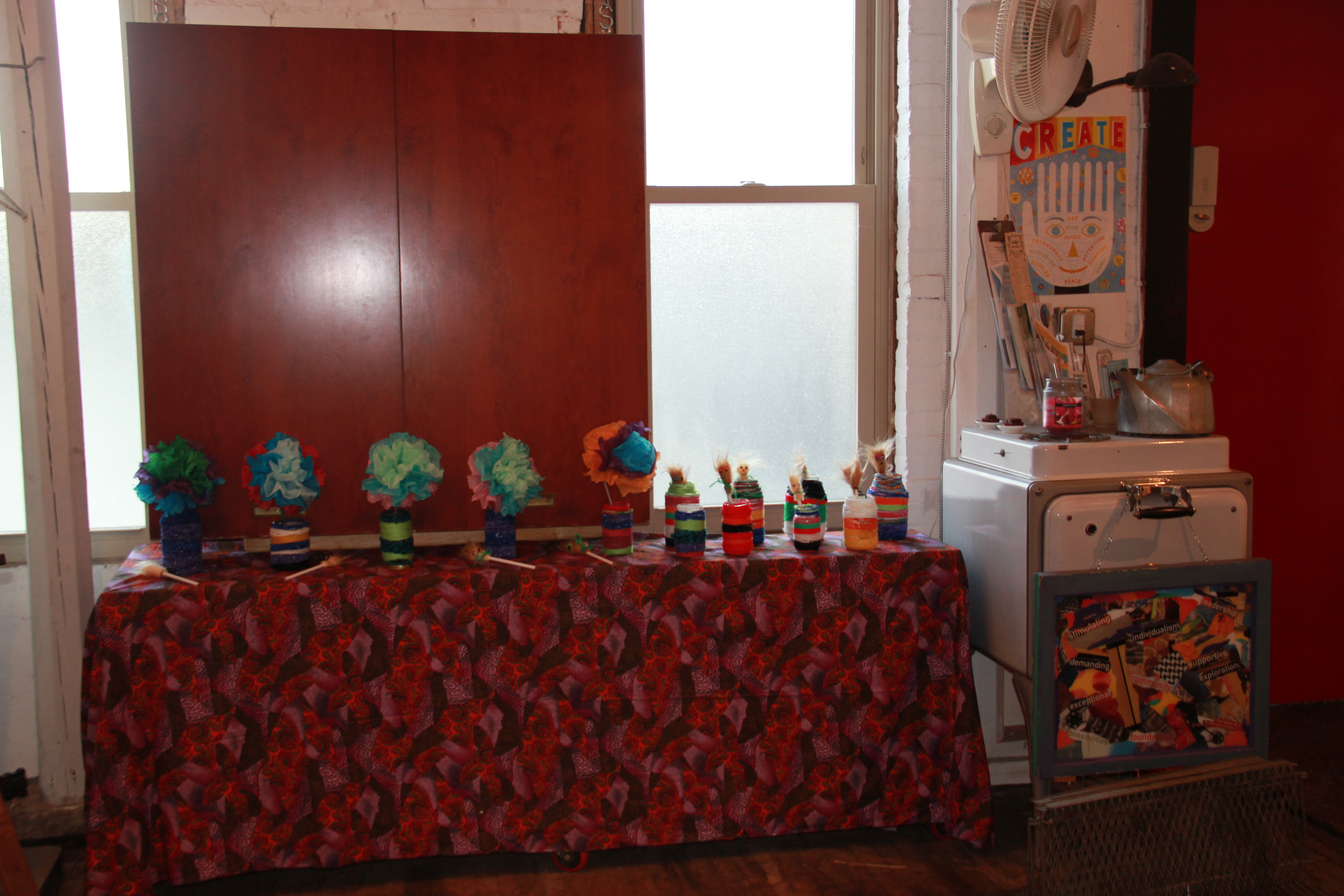 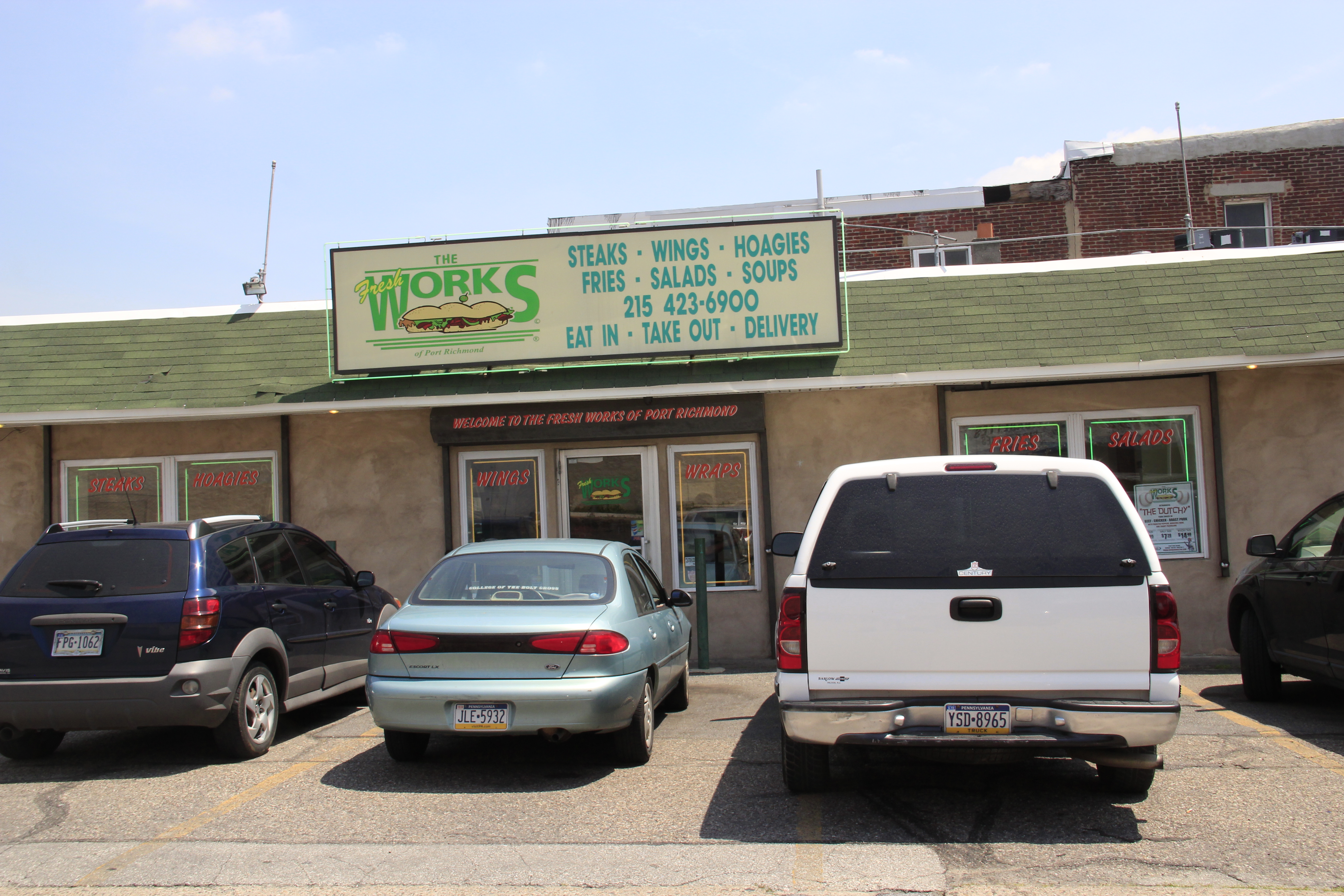 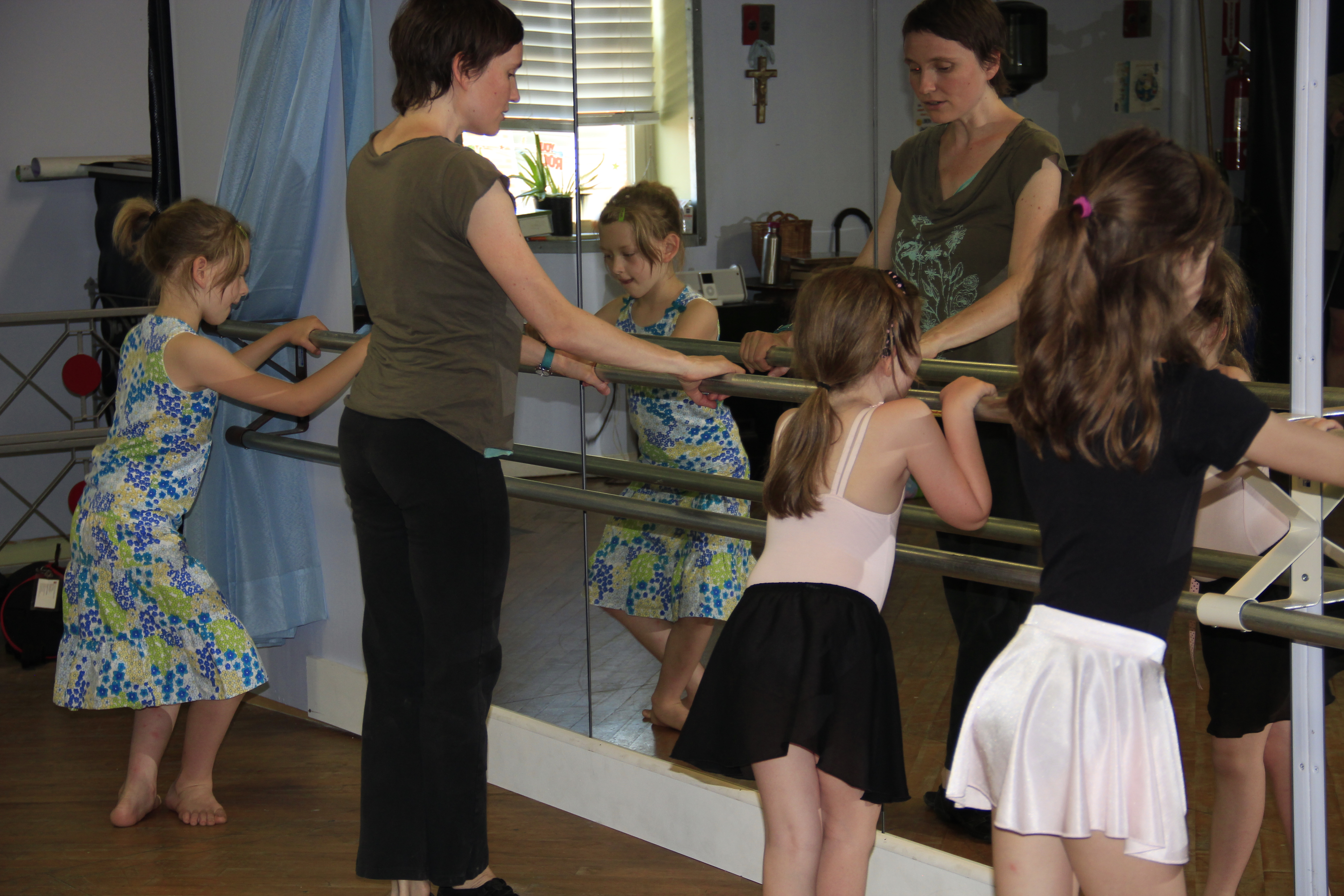 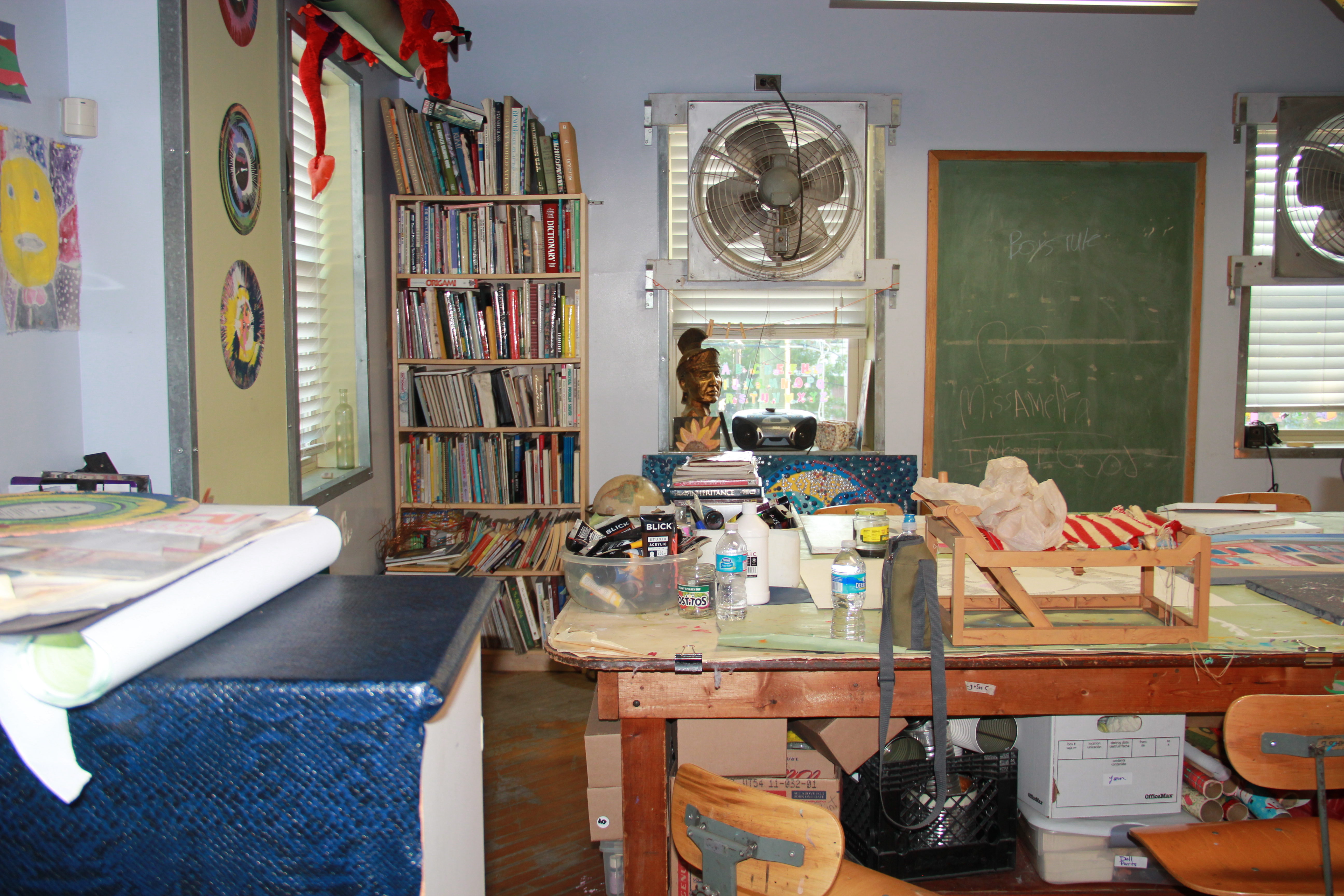 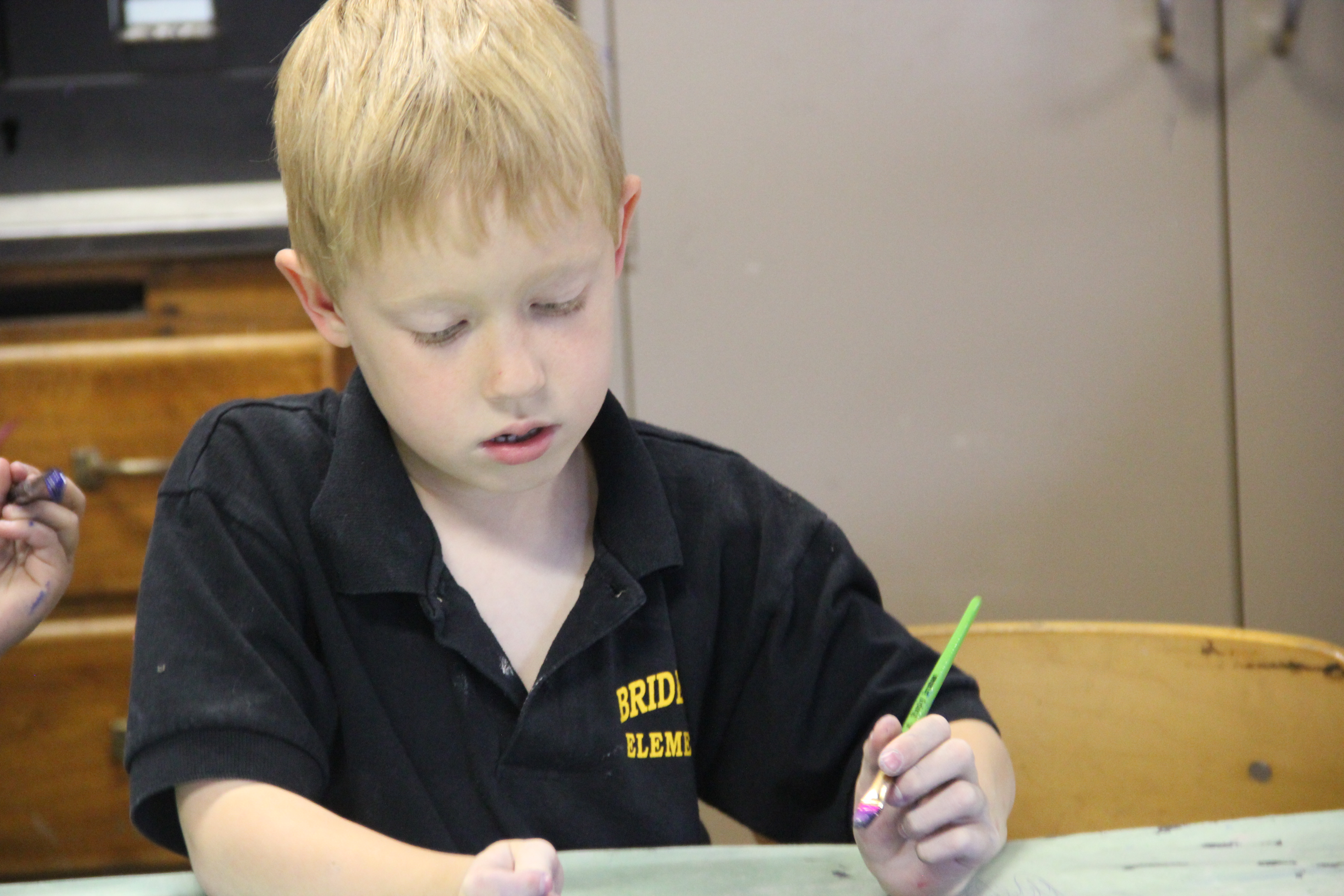 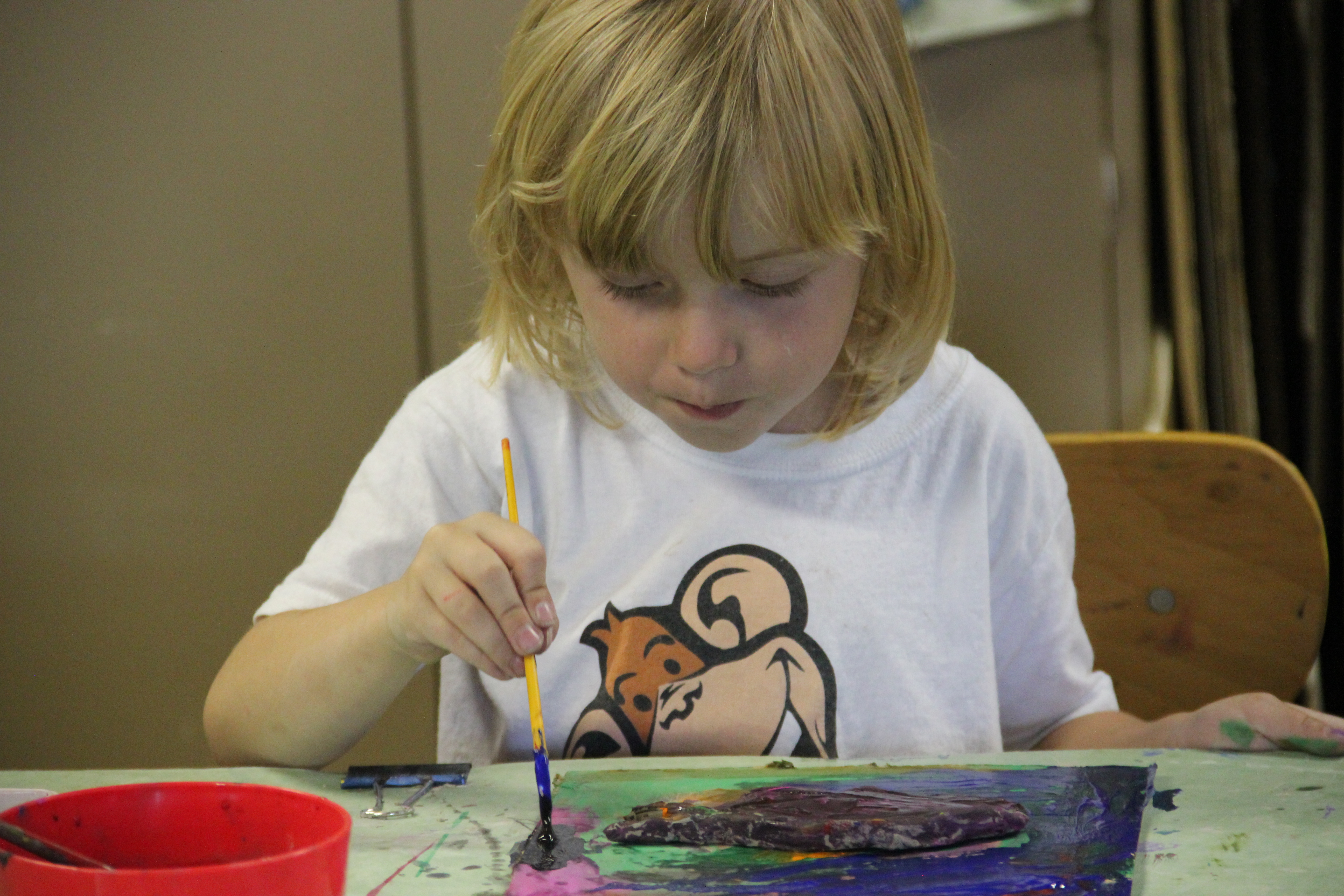 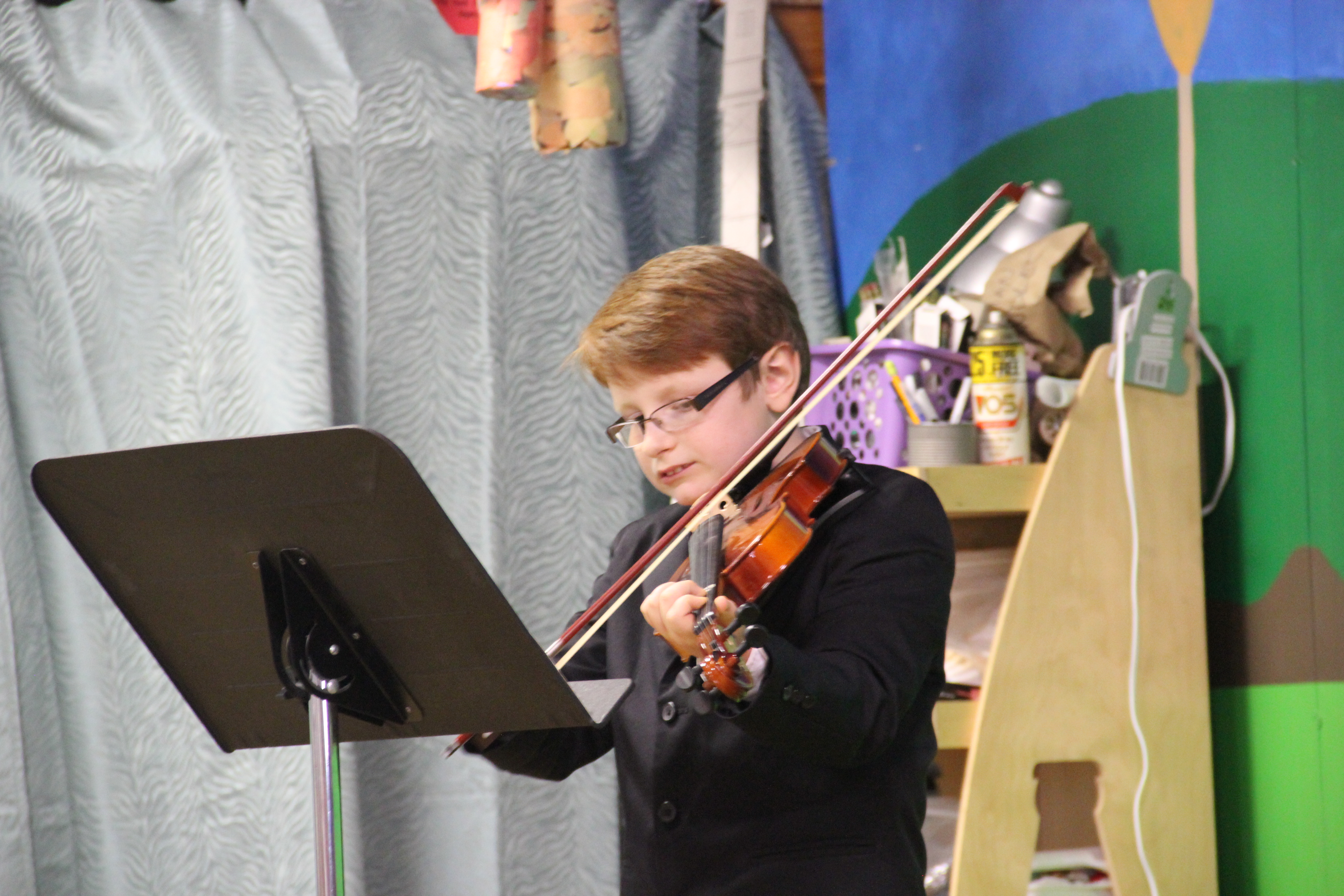 <
►
>
Local businesses, including The Fresh Works, have lent their support to the arts center.

Unfortunately, it is often a struggle for local parents to send their children to Portside. Although the center makes an effort to keep classes affordable — assistant director Jenna Wilchensky forgoes pay to keep one of her teen classes running — many parents, including Maria Farias, can only afford to pay for lessons sporadically.

“Most of my son’s friends around the block, they never went into any program there,” said Farias. “Or they went maybe once and they couldn’t return. We couldn’t afford the program every day. It can be a little bit expensive.”

Despite the costs, many residents are willing to make sacrifices to send their children to Portside. And some locals, including Portside board member Michelle Williams, view the center as a vital part of the community.

“The only thing we have now is Portside,” said Williams.

She went on to add that the doors of the Cione Rec Center don’t open until 3 p.m. and before that time, the bathrooms are locked and the center is unmanned.

“Kim’s door is always open until about 7, 8 o’clock at night,” said Williams. “You drive by there, you’ll see somebody in there and they’re always welcoming.”

-Text, images and video by David Zisser and Jacqueline Nelms.

The Philadelphia Youth Sports Collaborative – established in 2009 – is a collaborative of member organizations, which provide support for non-traditional youth sports-based programs in the city. The organizations offer physical development and life skills though […]

Port Richmond is working class stronghold nestled between Aramingo Avenue and the Delaware River. The area is filled with blue collar Philadelphians and in the tradition of working hard and then relaxing with a cold […]

A new 92,000-square-foot Wal-Mart will officially open its doors today at the Aramingo Crossings Shopping Center at 2200 Wheatsheaf Lane, bringing an estimated 300 jobs to the area. To welcome the new employees a preview ceremony […]