The busy intersection and square where Cottman and Frankford avenues meet is commonly referred to as the heart of Philadelphia’s Mayfair section.

It’s where the green and white “Welcome to Mayfair” sign resides and where most people in Mayfair do their shopping, eating and of course, driving.

But as is true in most situations, every heart needs a number of arteries.

And for Mayfair’s heart, one of those main arteries is the 3500 block of Ryan Ave.

“The 3500 block of Ryan Avenue is kind of like one of the gateways into Mayfair,” said Joe DeFelice, chairman of the Mayfair Community Development Corporation.

The block consumes 0.2 miles of one-way traffic from Frankford Avenue to Leon Street.

Given that Ryan feeds directly off of the busiest intersection in the neighborhood, it’s no surprise that the beginning of the block features four businesses to your immediate right as you turn onto the road.

On the left, there’s the side of the Republic Bank branch and the backdoors to a row of business with fronts on Cottman Avenue that run down the entire left side of the street.

But Ryan Avenue isn’t a street with just commercial buildings. Once you get past the four storefronts, a set of 20 rowhouses consume the remaining distance down the right side of the block.

Even though there are many businesses on and around Ryan Avenue, William Allen doesn’t typically have complaints about the noise level. He moved to Mayfair about six years ago from North Philadelphia. The change of pace and scenery has been a welcoming upgrade from his former digs.

“It’s quiet,” Allen said. “When you come out of your door you don’t have anybody bothering you or begging for money. That’s a big difference from where I came from. That’s one of the reasons why I wanted to move up here.”

Like most Philadelphians, Ryan Avenue residents are within walking distance to pretty much everything that they need.

“I like to walk up to the dollar store,” Allen said. “Moe’s Deli is right around the corner.”

Parking can sometimes be a struggle, as is the case in many places in the city. Even more so here because of the proximity to shopping and the necessity for people to park near their homes.

“It’s a mix of people that want to park here,” DeFelice said. “There’s free parking for the residences and meter-parking on the other side of the street. So, you get people that park here that want to shop along Frankford or Cottman Avenue.”

DeFelice is also the executive director of the Philadelphia Republican party, which has an office on Cottman Avenue that backs up to Ryan Avenue.

Mark Rosario, general manager of Elite Sales Concepts, a company that specializes in helping people save money on their energy bills, said that the location on Ryan Avenue was perfect for his business.

“I like this location because we’re deep inside the neighborhood,” Rosario said. “There’s a lot of traffic, a lot of public transportation runs through here. A lot of people come around here to do shopping so we get a lot of traffic out here, that’s crucial.”

“It’s quiet too,” Rosario added. “I don’t ever hear much noise. It’s a nice area to establish a business. There’s a lot of small businesses right around here.”

Rosario’s business only operates during the day, however. With many bars and restaurants around the block, Ryan Avenue does have a tendency to get loud at night but that’s usually limited to the weekends … or when the Phillies win a big game.

When the Phillies won the World Series in 2008 and then the National League Championship in 2009, the intersection at Cottman and Frankford turned into one big moshpit.

“That was crazy,” said Michael Guzzi, 29, a resident of Ryan Avenue. “There were people climbing on light poles, throwing beer bottles all over the place.”

There are multiple bars within walking distance to the street, including Hammerheads Bar & Grille, which backs up to Ryan Avenue.

“With this kind of being our hub with nightlife and the bars, Thursday, Friday and Saturday night there could be cars parked out here,” DeFelice said. “We haven’t had too many [noise] complaints. We have some littering issues, but that’s about it.”

The 3500 block of Ryan also serves as the location to many different Mayfair events, including the weekly farmers’ market. Along with bringing the community together, the market also bring in extra traffic to the other businesses along Ryan Avenue.

“It’s been helping out a great deal,” said Vince Giorna, part owner of Romano’s Deli. “The Mayfair Civic Association does a great job. They’re always out here cleaning the block and taking care of it.” 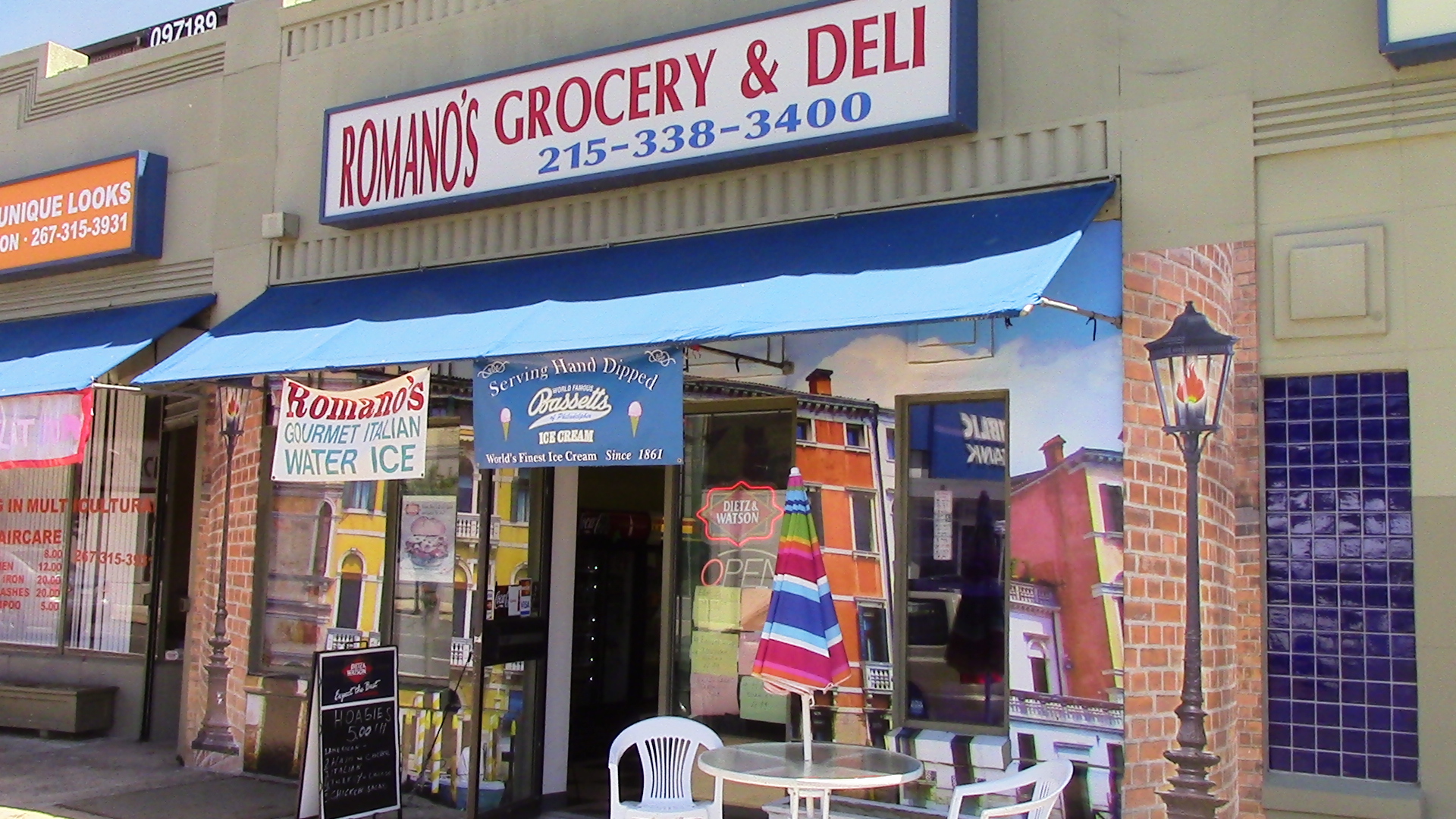 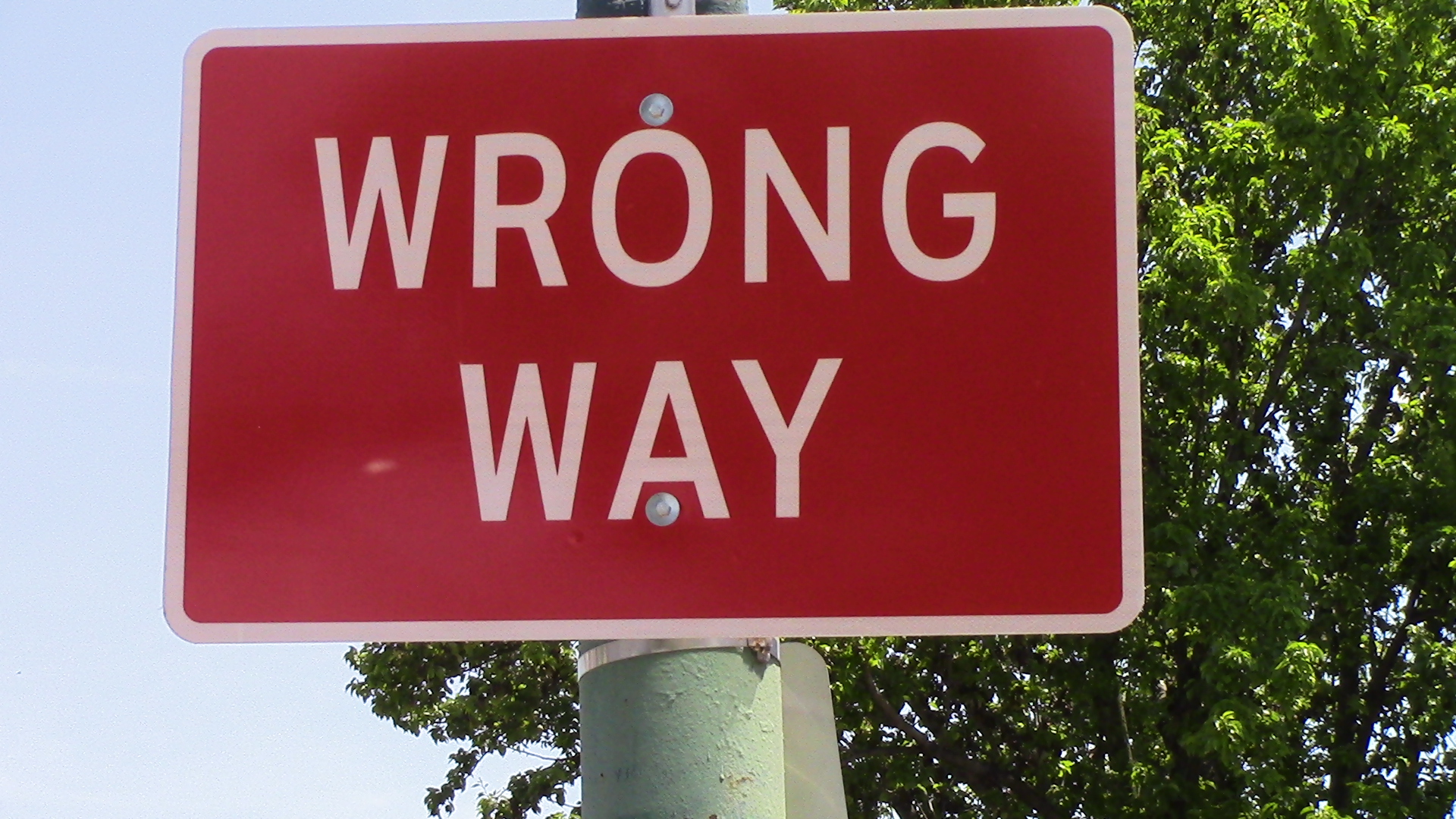 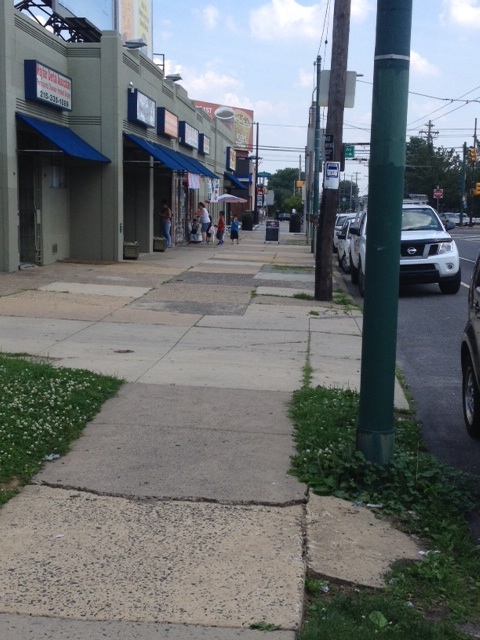 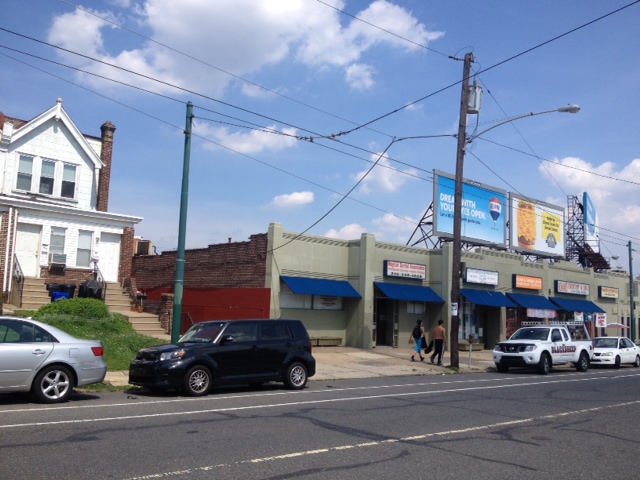 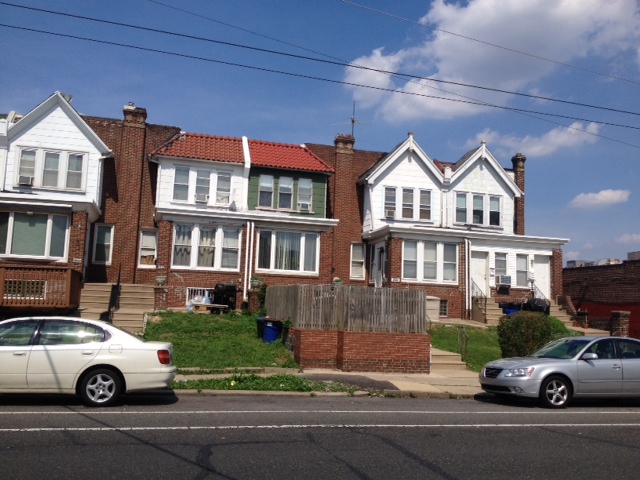 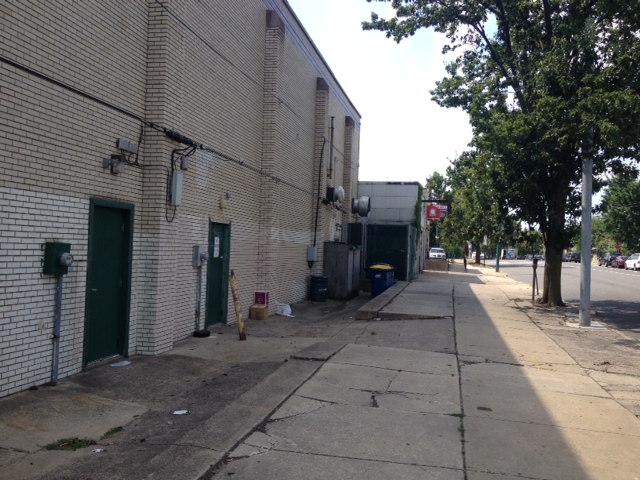 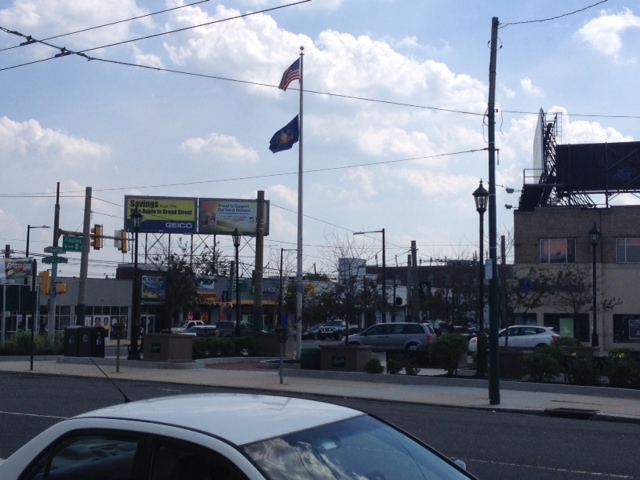 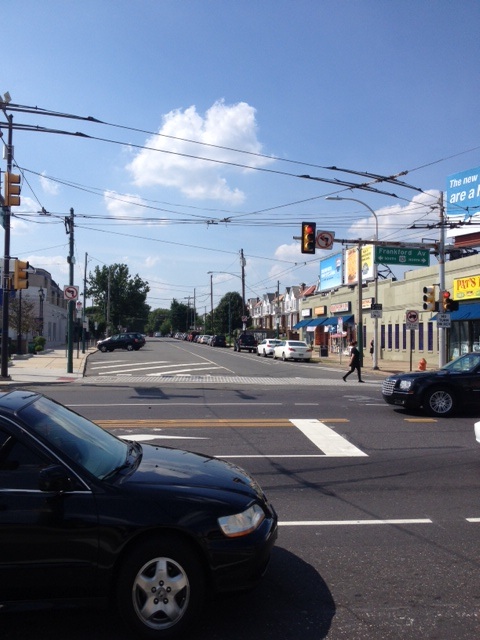 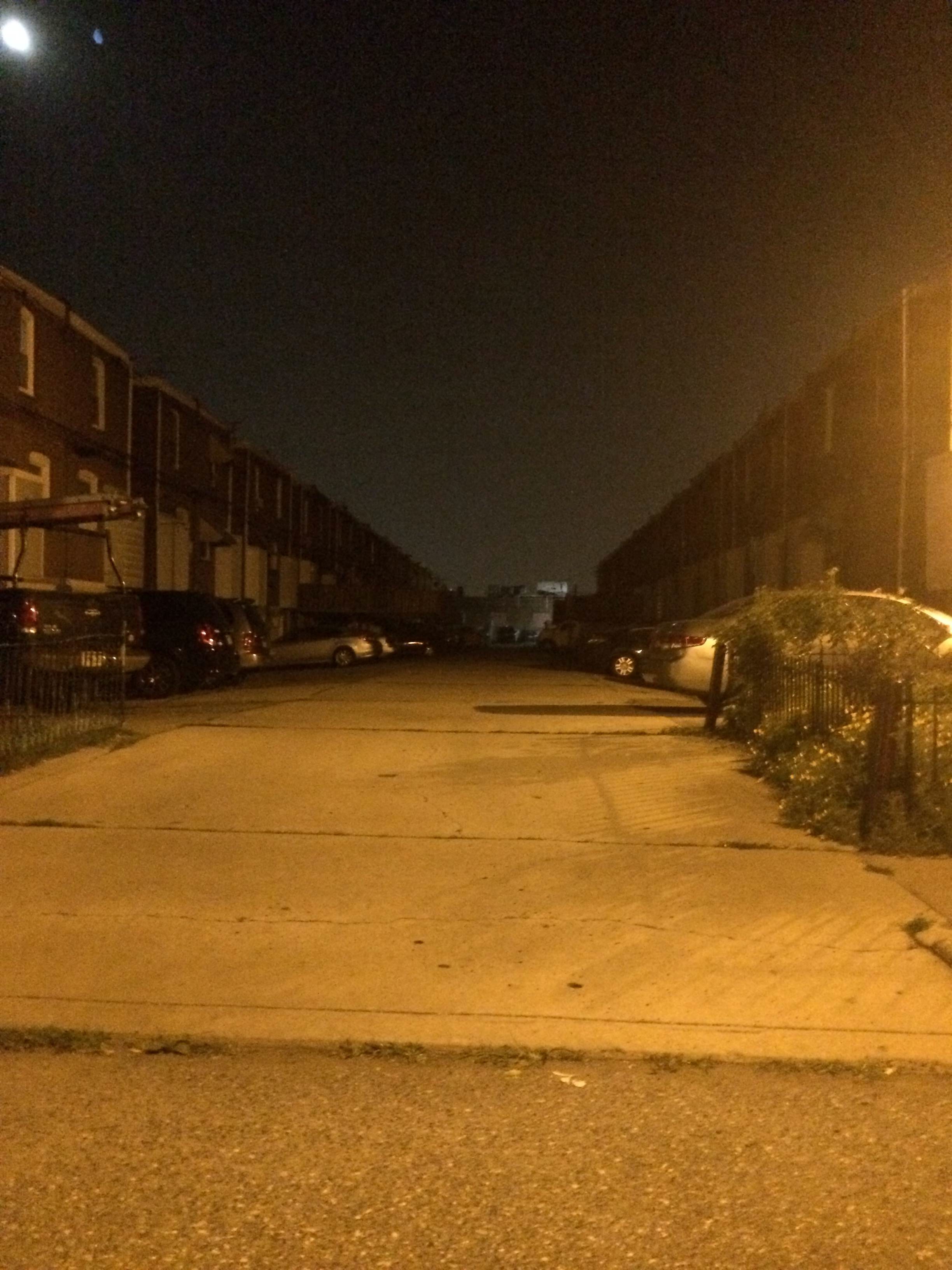 <
►
>
The "center square" of Mayfair at the corner of Cottman & Frankford sits adjacent to the four businesses with Ryan Avenue addresses.

The 300 locally-owned businesses that line Frankford Avenue in Mayfair have been granted an opportunity to invigorate and improve their community. Although congested with outdated shops and mini-malls, community members have viewed Frankford Avenue as [continue reading…]

Since the closing of St. Joachim’s parish and Mater Dolorosa churches in the region three years ago, its members were given no choice but to merge into the Holy Innocents parish. However, for Keep The [continue reading…]

Actress Danica McKellar, the young woman who played Winnie in the “The Wonder Years,” will be in Mayfair’s Stein Your Florist on April 6 to shoot a scene for an upcoming movie in which she [continue reading…]