It is summer in Brewerytown and the sound of children playing coalesces with the screeches of police sirens from the 2400 block of Jefferson Street.

Home to more than a thousand residents life on this Brewerytown block is deeply affected by the impact of urban blight. According to the 2010 Census, more than half of the residents on the 2400 block of Jefferson Street fall below the poverty line, and the median annual household income hovers at just above $13,000.

Of the more than 8,000 children living in the area’s ZIP code 58 percent are living in poverty.

The Blumberg Apartments, a public housing complex built in 1967, is the largest place of residency on the block. Often plagued by the socio-economic circumstances it exists in, the Blumberg Apartments have maintained a reputation as a dangerous hub for violence and drugs.

After living in Blumberg Apartments for six years, resident Mr. Smith says the summer is the most dangerous time for the community.

To Smith, although the violence found in Blumberg Apartments is a difficult reality, community efforts like the North Philly Peace Park provide a sense of pride in the neighborhood.

Established in 2012, residents of the area and citywide volunteers transformed one of North Philly’s countless abandoned lots into a thriving urban garden. In the shadows of abandoned homes and closed schools, the North Philly Peace Park became an outward expression of the community’s determination to care for itself.

Brewerytown resident and Peace Park project organizer Tommy Joshua says walking past the Peace Park’s lot before its transformation was a reminder of the shortcomings the neighborhood faced.

“Along the streets right along with the trash there would be people loitering unproductively. When you walk past you can feel it, you get a chill in your body. Who would want to walk through something like that?” said Joshua.

Now, two years and many harvests later, Peace Park volunteers are constructing a classroom by recycling the same garbage that once filled the Park’s lot.

The North Philly Peace Park is a guerrilla garden, built on an abandoned lot owned by the city of Philadelphia. The Peace Park does not own the land they utilize leaving the project vulnerable.

Although the future remains uncertain for the Peace Park, volunteer Steve Cottrell says the impact the project has will remain regardless.

“We might lose that space but the knowledge that we give to the kids is permanent, they’re going to have that the rest of their life,” said Cottrell.

The PHA has received a 9 percent low-income housing tax credit from the Pennsylvania Housing Finance Agency. The redevelopment plan is estimated to cost $20.5 million. The tax credit will allow the PHA to raise about $12.6 million through investment and will cover 60 percent of the redevelopment budget. The Office of Housing and Community Development has committed $1.5 million and the remaining $6.3 million will come from a PHA loan.

The first phase of the redevelopment will consist of construction of 57 new rental units available to residents with 60 percent of median income and below. The units will be built on vacant properties next to the Blumberg apartment and some land that is on the existing complex.

The fate of high-rise public housing units like in the Blumberg apartment represent a trend in America as decades of discriminatory housing policies effecting Philadelphia’s most vulnerable residents continue to strip residents of their communities. To the city, revitalization plans like the one set for Blumberg Apartments helps heal neighborhoods that have fallen to urban blight. However, to residents, the changes that come with revitalization often destroy their communities.

Former resident Raphael Perkins says living in communities like Blumberg Apartments gives residents much more than just a home. Despite the socio-economic hindrances and crime that often define the neighborhood, Perkins says he loves living in “the projects” because his community becomes his family.

“They think since we’re the projects we’re dangerous, I mean we don’t harm nobody, unless they’re trying to harm us, other than that we’re cool with everybody,” said Perkins. 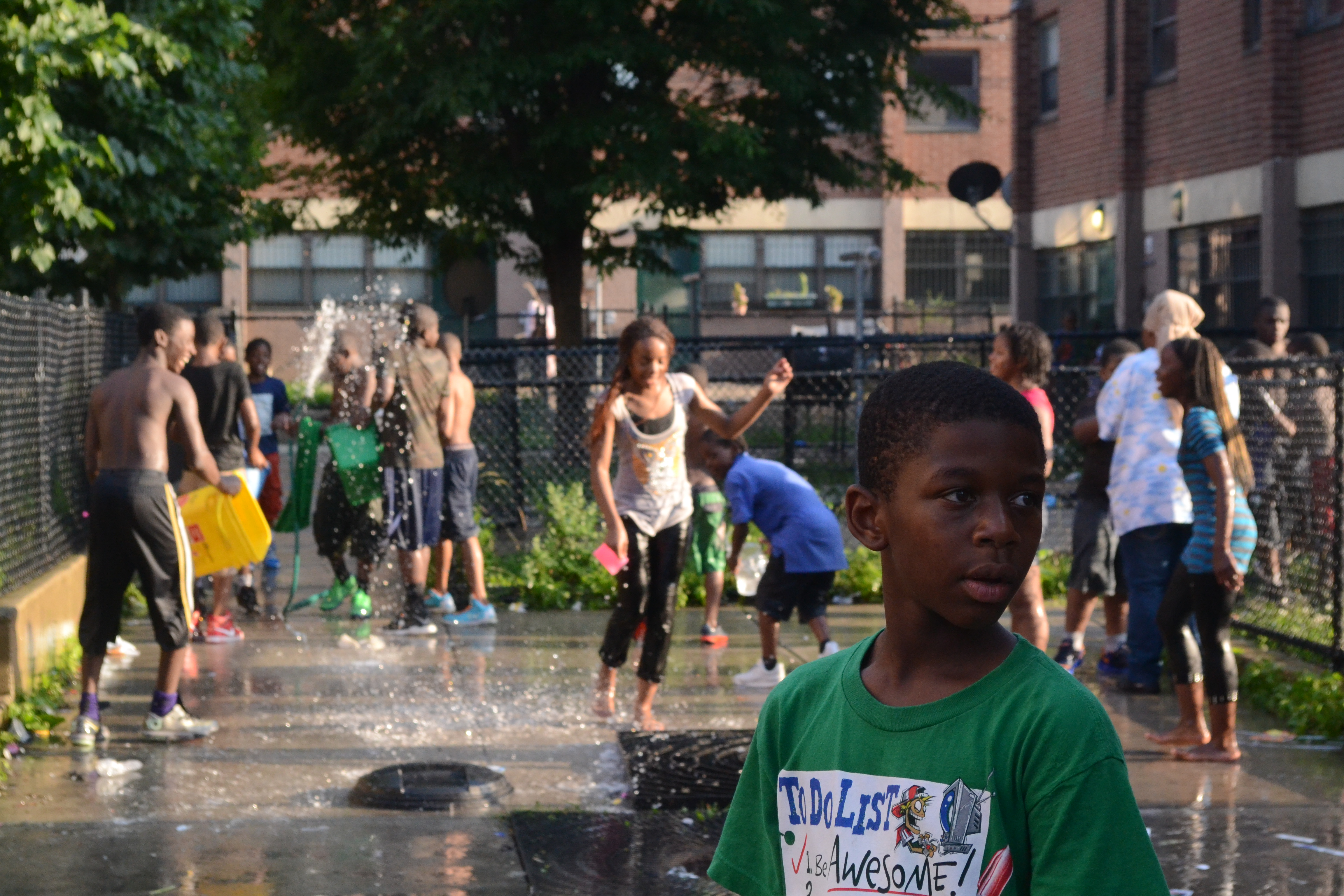 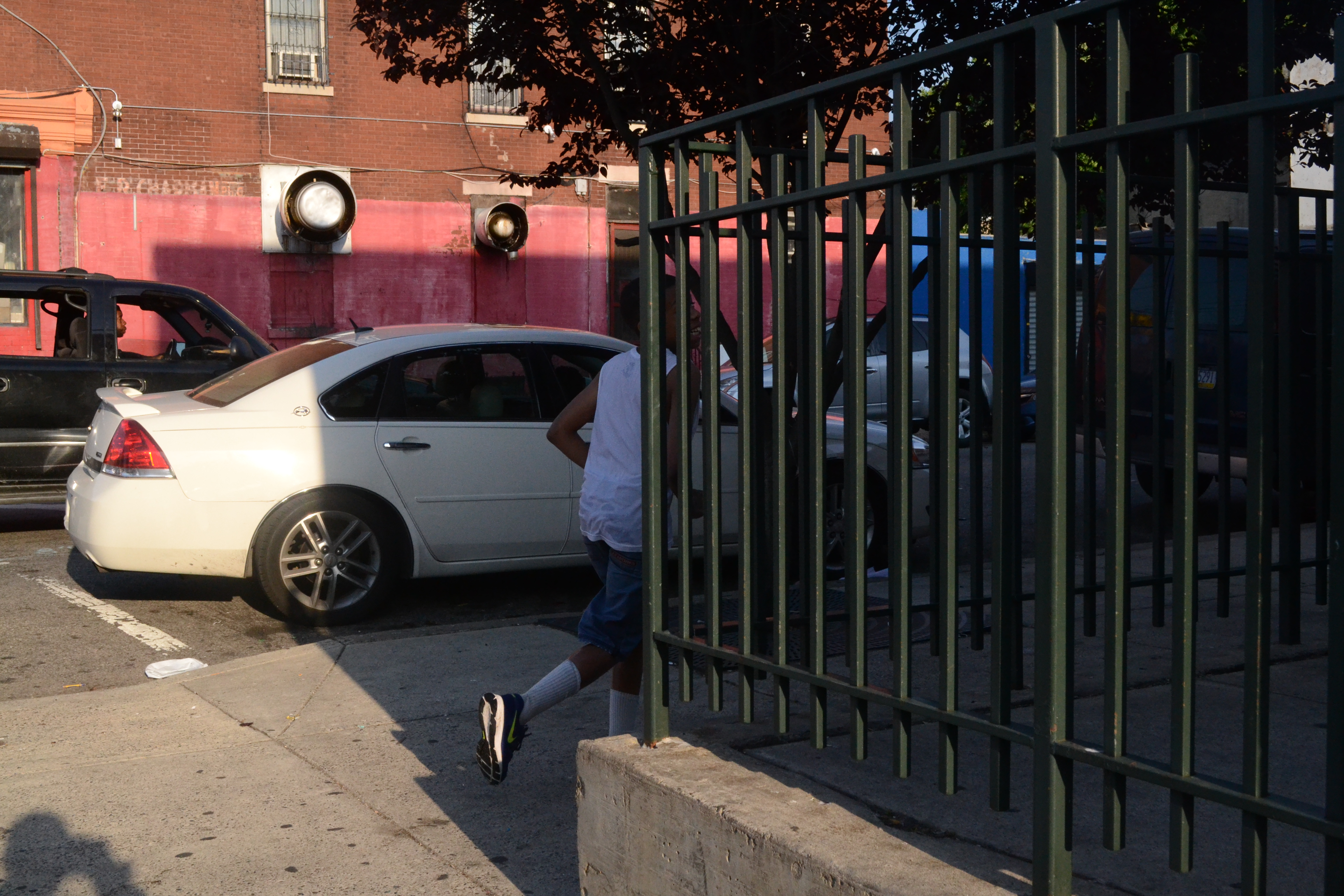 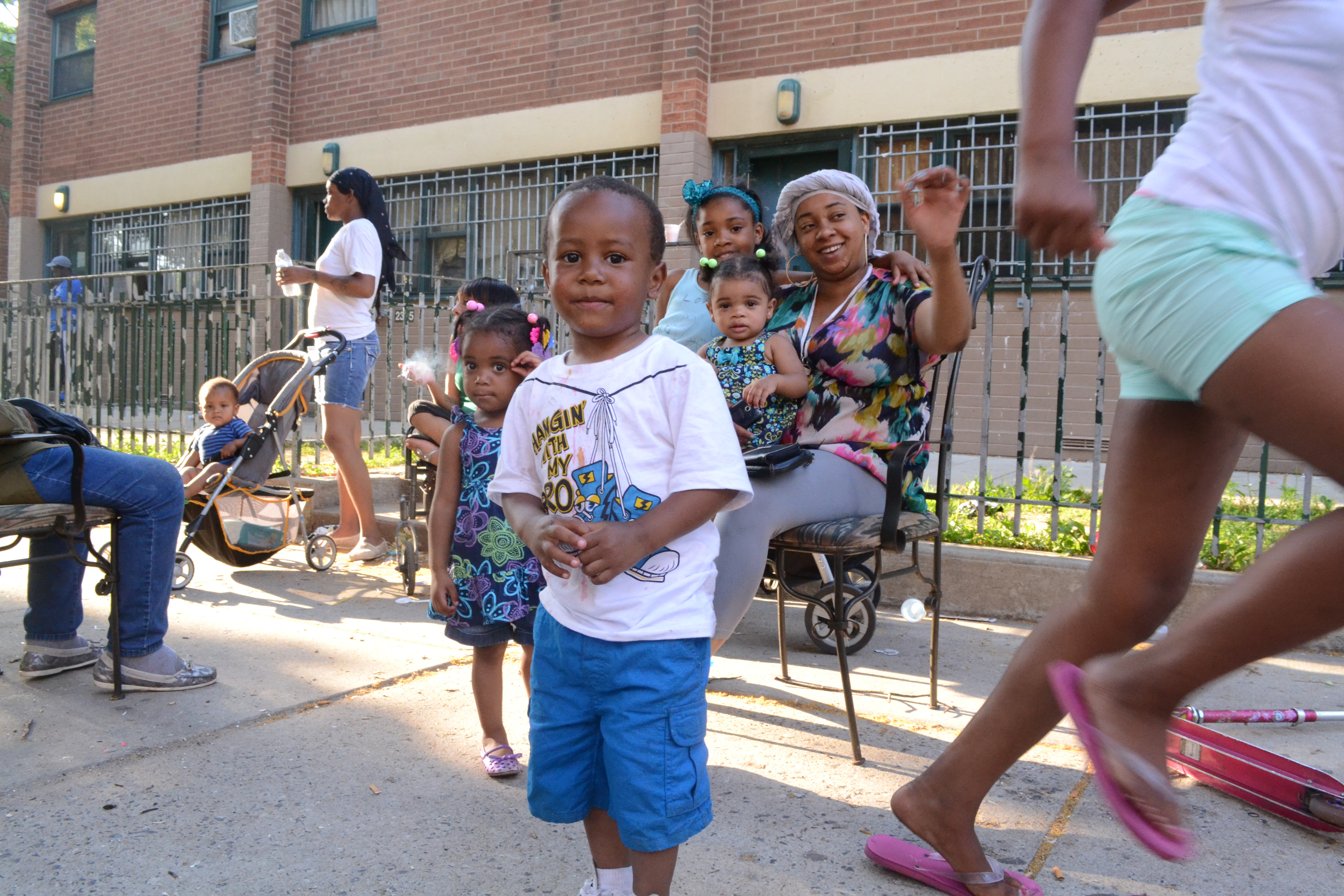 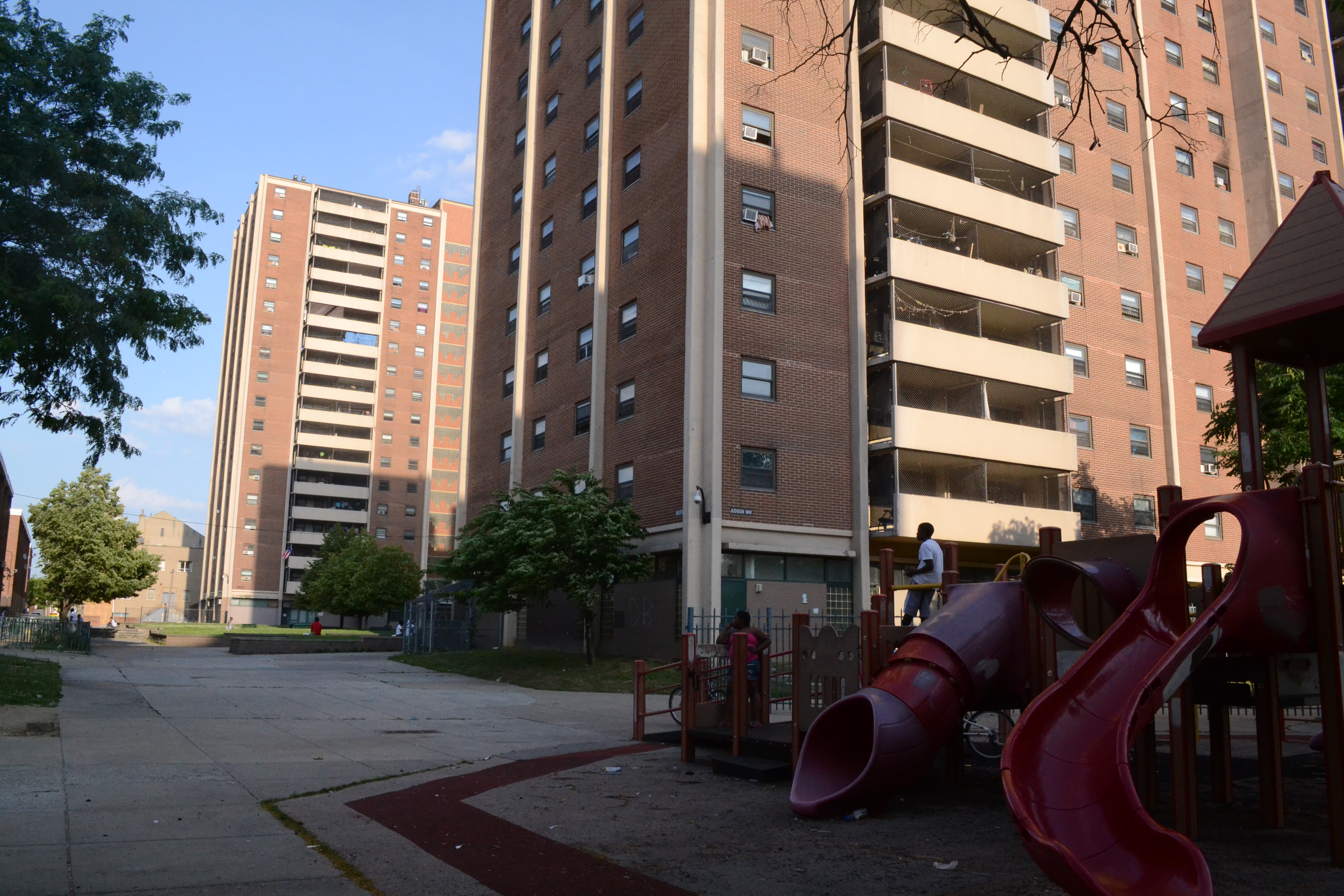 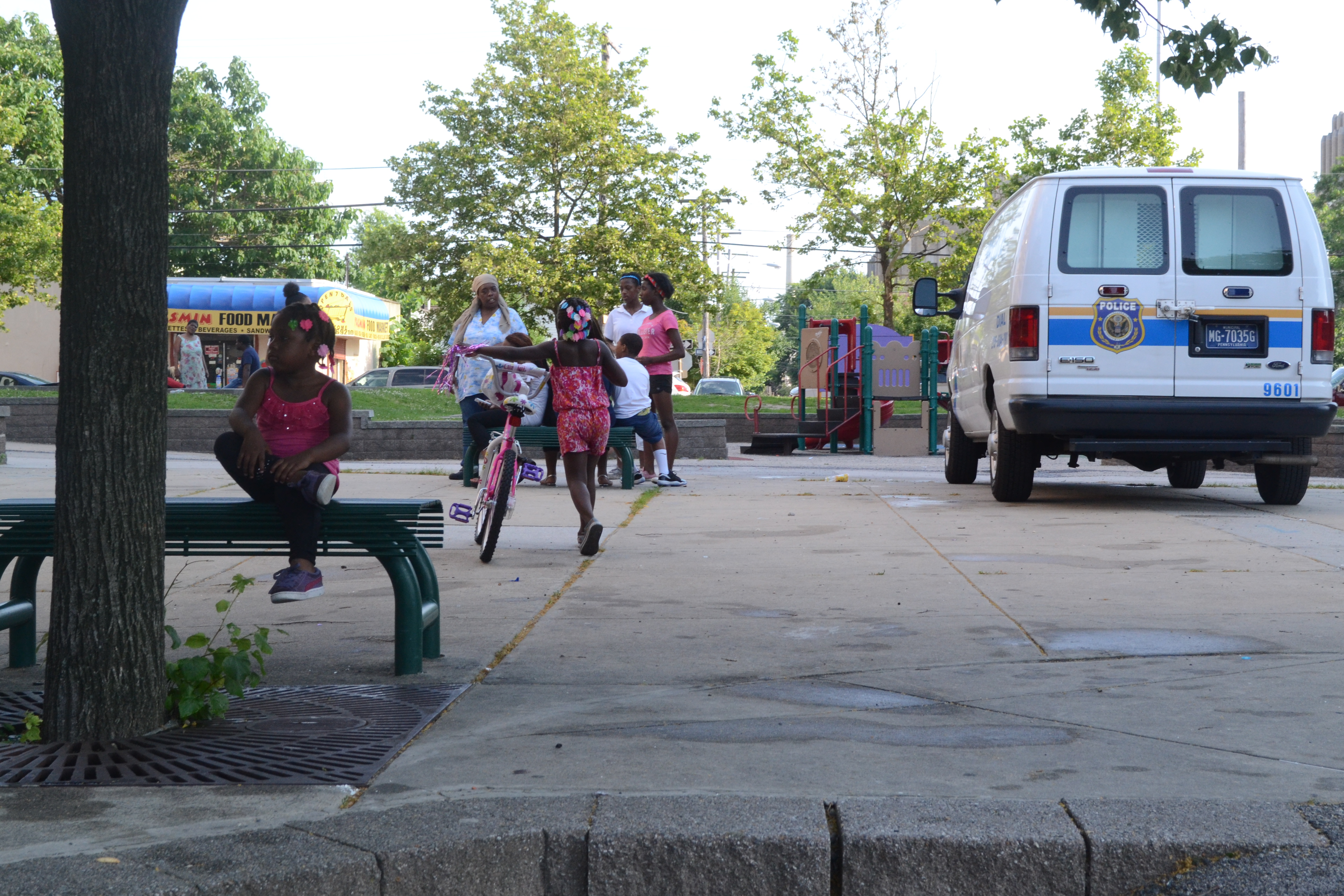 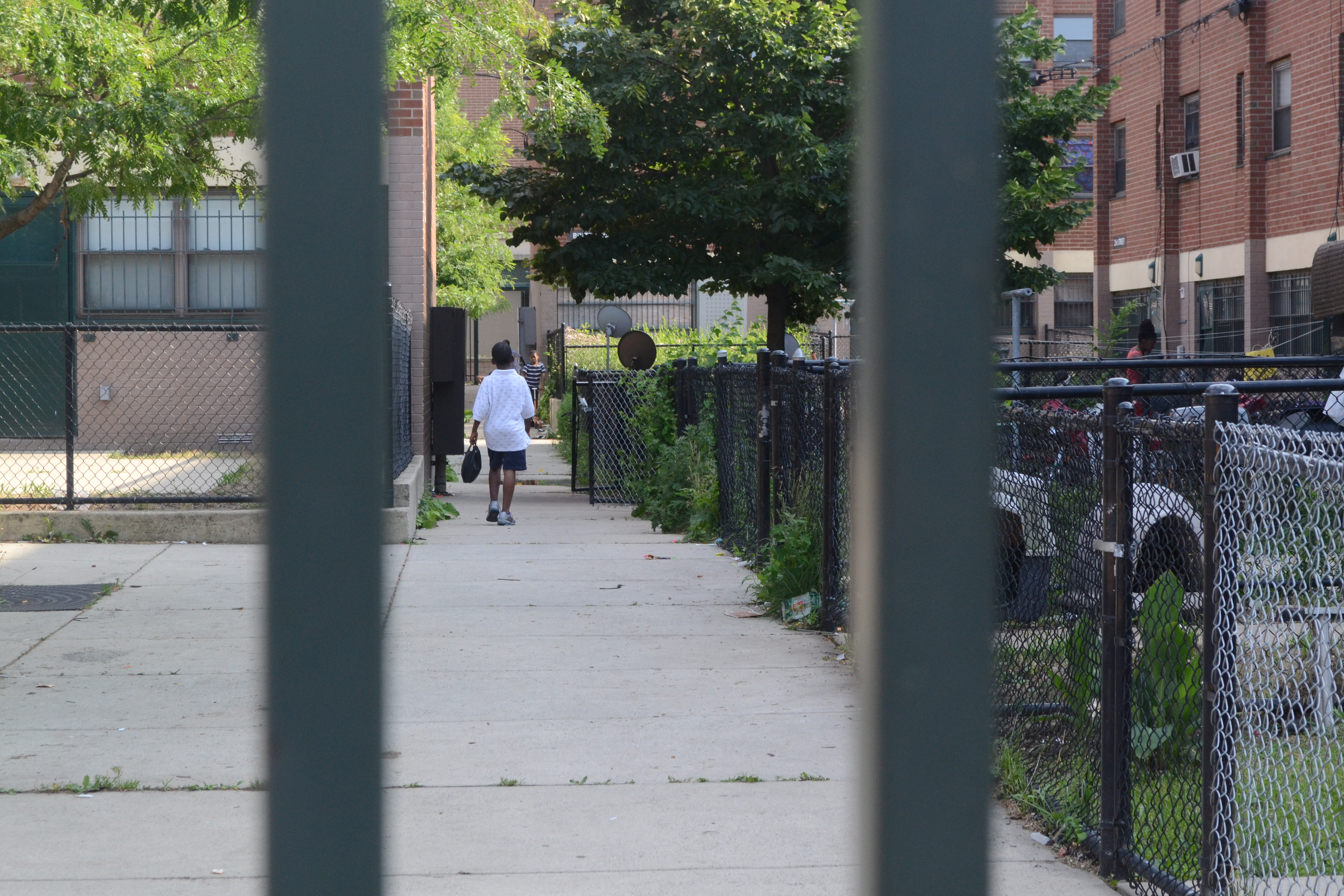 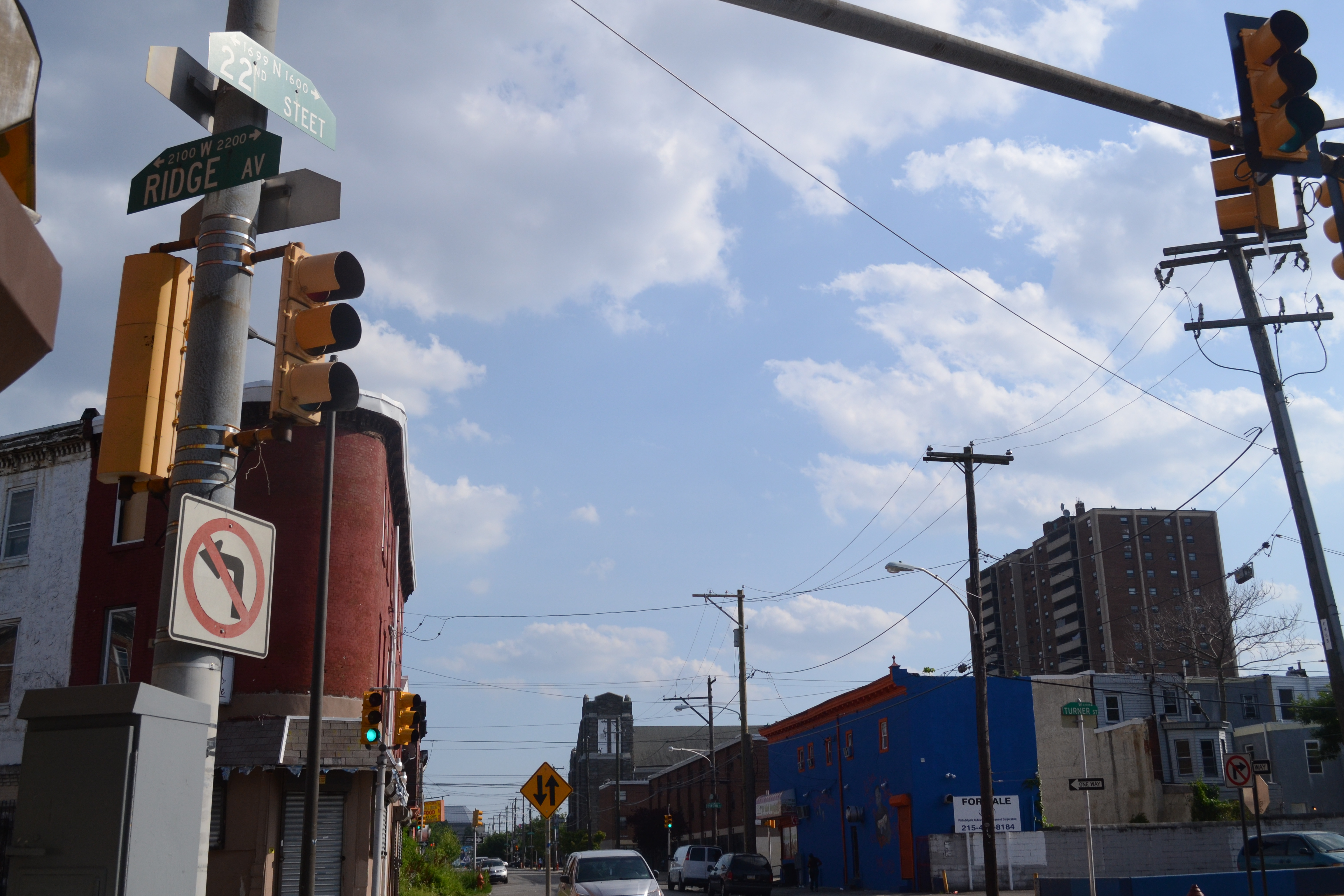 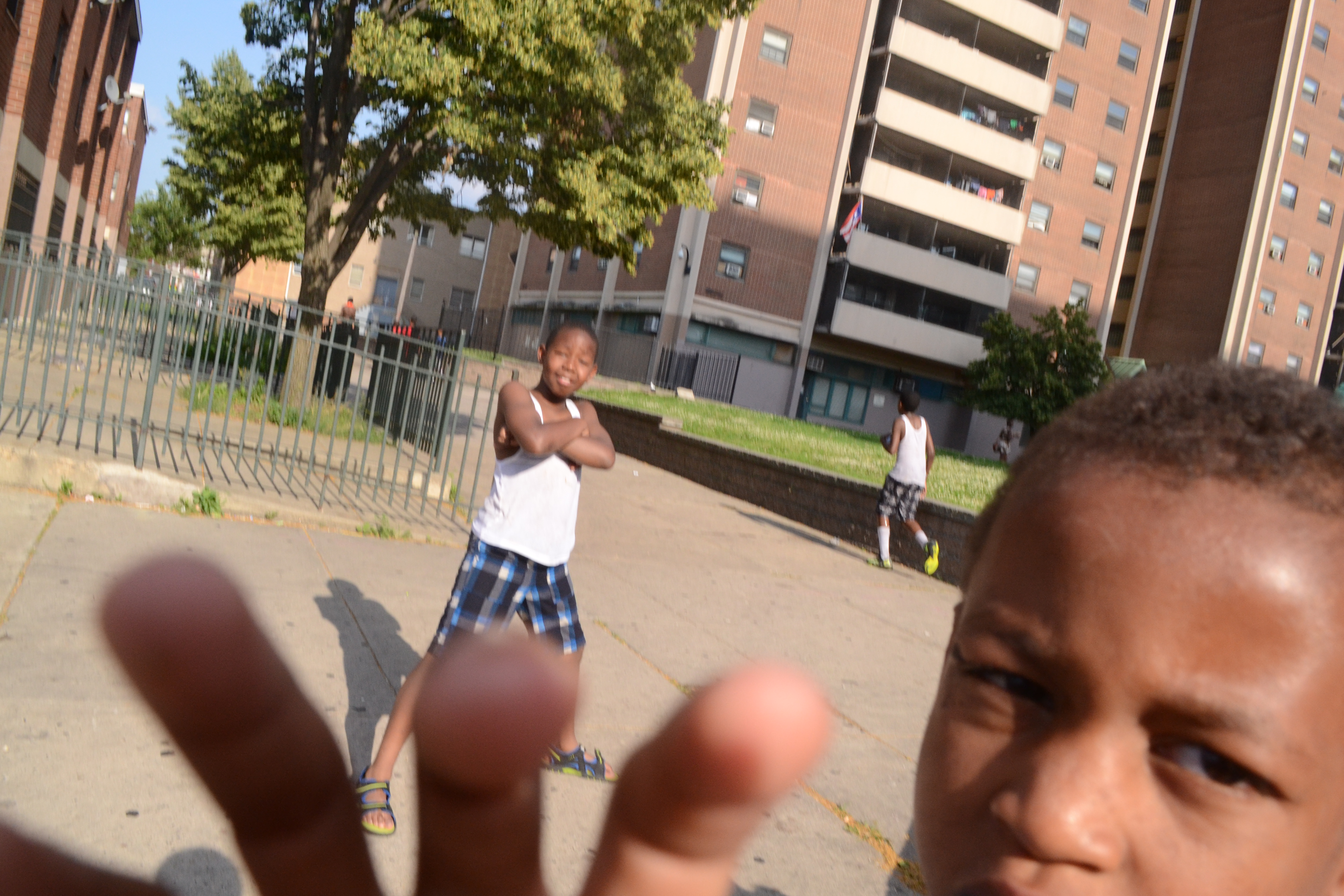 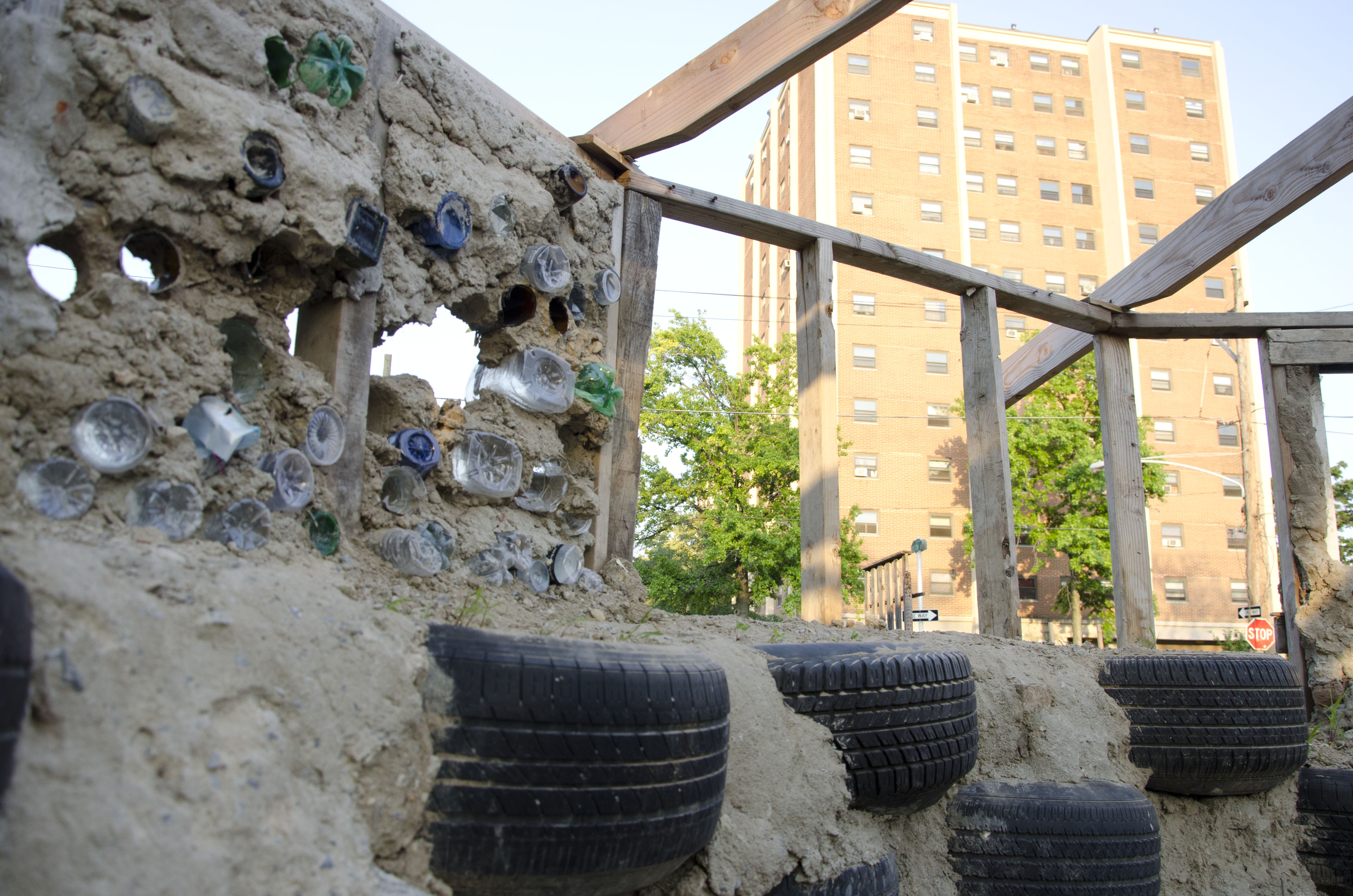 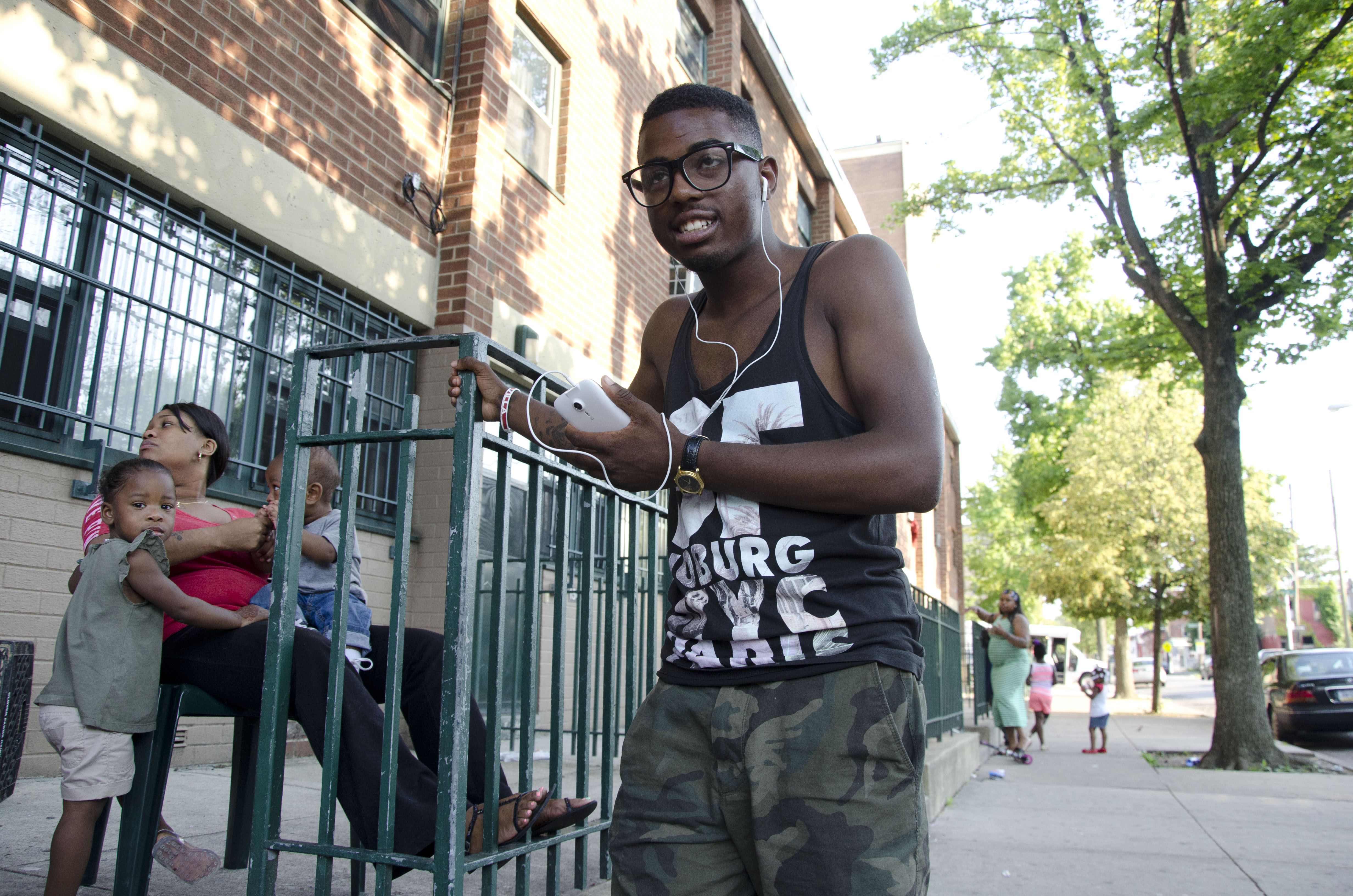 <
►
>
Blumberg Apartments residents have created a community. Residents depend on one another, and former resident Raphael Perkins says the projects have become family. Photo by Mamaye Mesfin

– Text, video and images by Meaghan Pogue and Mamaye Mesfin.

https://vimeo.com/21295444] Just last year, Fred Wells and his wife expected the foreclosure crisis to take the roof from over their heads.  The senior citizens had been living in their Philadelphia home for 46 years. The [continue reading…]

Philadelphia’s elderly population, proportionally second largest of the nation’s ten most-populated cities, is facing a quiet and pervasive epidemic. According to the Census Bureau, there were more than 60,000 impoverished Philadelphians over the age of [continue reading…]