When you walk around Fairmount and Girard avenues, you might begin to notice local businesses receiving a facelift. The facades of some local businesses have been assisted in their transformations with help from a city-run program called the Storefront Improvement Program, or SIP for short.

The SIP was founded back in 2009 by the city’s Department of Commerce. Giana Lawrence is currently the manager of this program, and talked about the areas on which it focuses.

“We look at low- to moderate-income neighborhoods to see in what ways we can help invest along that commercial corridor in that community,” Lawrence said.

The funds used to help these businesses, and help keep the SIP around, come from many different areas. Federally, it is funded through the Department of Housing and Urban Development, and it also receives funding from the state’s Department of Economic and Community Development.

“The businesses along Girard were receiving state funding,” Lawrence said.

This can result in different award amounts because of the area. This past summer, the City Council proposed $535,000 in funding for the SIP.

Businesses can access the services that the SIP offers by either contacting the office directly, or they can work with their local community development corporation. For those businesses in Fairmount and Brewerytown, the Fairmount CDC and its executive director Kevin Moran can help them through the application process. 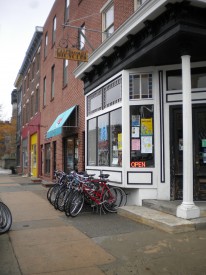 “The CDCs are our partners,” said Lawrence. “They are our eyes and ears on the ground.”

Moran focuses on the small businesses of a community to help with the surrounding environment.

“We’re creating a strong environment for small businesses and, in turn, having that stabilize the residential portion of the neighborhood,” Moran said.

The economic impact of SIP-funded businesses has been proven to improve not only the business itself but the surrounding properties.

A March 2015 report done by the Department of Commerce looked at least three businesses each along East Passyunk and Frankford avenues that were funded by the SIP compared to those that weren’t. Businesses that received SIP grants saw their property value rise by $50,000, or 20 percent higher than the original value. Even the adjacent buildings saw their value rise by 14 percent.

Not only were other businesses affected by those that received SIP grants, but houses in the East Passyunk and Frankford avenue areas saw a rise in their value. According to the impact report, house values in the tracts that received SIP funds increased by 12 percent, compared to 10 percent across the city.

And between the years of 2009 to 2012, 75 percent of the businesses that underwent façade improvements using SIP saw one or more adjacent buildings go through façade changes either through the SIP or privately.

The CDC and SIP have similar mindsets in their goals for the businesses in the community, making it a partnership.

“The objective of the SIP program is really an incentive for owners of commercial spaces to enhance the façade of their business,” Lawrence said.

The physical appearance of the business can help to attract new customers, or even attract a business to occupy that space.

“We reimburse 50 percent of the total project cost,” said Lawrence. “And if you’re a single-address property, you’ll be reimbursed at a max of $10,000.”

These funds fluctuate with the size and location of the property. Corner properties or multi-address properties can receive a max of $15,000 for their renovations. 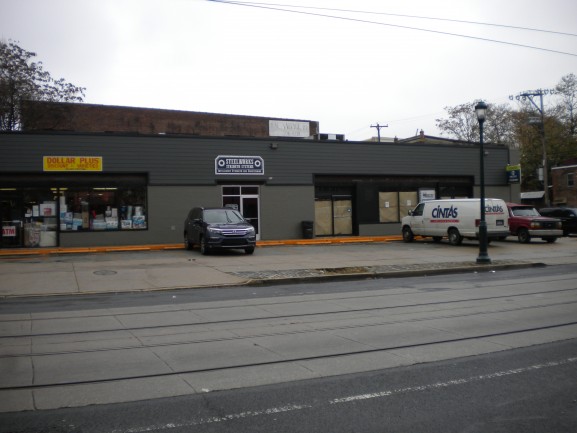 One of the main development companies along the Girard Avenue corridor is MM Partners. Recently it has renovated a three-unit storefront at the corner of 26th Street and Girard Avenue (above), and was reimbursed by the SIP for $12,000.

Skye Jansen of MMP said that working with the SIP will be something the group continues to do.

“We’re acquiring more commercial spaces along Girard Ave., and we will continue to work with the SIP,” Jansen said.

Jansen gave the rundown for what it was like to work with the SIP on a renovation project.

From there, it was just a matter of letting the SIP know what their intentions were and when they were going to start. During the process, the SIP wants to see pictures and may have someone check in to make sure the business is sticking to original plan laid out. At the end, it’s all a matter of sending them receipts for the expenses and waiting on the reimbursement.

The SIP is a program that is here for the benefit of those in the community looking for a facelift to their business. And seeing one business go through the process can open the eyes of other property and business owners in doing the same for their storefronts.

It is summer in Brewerytown and the sound of children playing coalesces with the screeches of police sirens from the 2400 block of Jefferson Street. Home to more than a thousand residents life on this [continue reading…]

Fairhill: Colorful Changes are on the Horizon for Front Street

Front Street will be receiving some changes in the near future. The Hispanic Association of Contractors and Enterprises also known as HACE, is looking to make changes to better Front Street as well as the [continue reading…]