Now that the Zoning Board of Adjustment has approved Children’s Hospital of Philadelphia’s plans to add more than two million square feet of office space onto Schuylkill Avenue, residents in the area have weighed in.

Many residents in the area echo the same sentiment – that while the research facility will have a net positive impact on the neighborhood, the influx of new people will create a parking shortage and increase congestion.

Barbara and Charles Chang, who were two of the first people to move into Naval Square five years ago, said they have only one concern with the CHOP expansion.

Like other residents who don’t have at least three bedrooms, the Changs are only permitted to keep one car inside the Naval Square complex, so any other cars they own must be parked on the street.

But the area already sees high volumes of traffic and congestion due to other construction projects taking up spaces along the exterior of the community.

Adding to their parking woes, hospital employees also park their cars in the neighborhood during the day so they can walk across the bridge to get to work.

CHOP has not conducted a traffic impact study in the area yet, said Peter Grollman, vice president of government affairs and community relations for CHOP. However, in a community briefing last December, they estimated 20 percent of their employees would likely drive to the new facility.

A three-story parking garage with access via the South Street Bridge will provide 500 spots for CHOP employees to park in – 250 surface spots and another 250 in the interior. Grollman said the garage will also be available to neighborhood residents outside of work hours, but they must pay for the spots. Additionally, Schuylkill Avenue parking will become metered, so employees who don’t live in the area will probably have to park in the garage.

Grollman said that although residents wanted two egresses off the South Street Bridge, the hospital decided to keep just one.

“We got a lot of feedback that doing so would be extremely disruptive to bikes and pedestrians,” he said. “That was an area that lead us to discontinue a second cut into the bridge.”

CHOP had planned to create another driveway so that a shuttle could turn off the bridge, drive through the neighborhood and then back out to the South Street bridge, but decided against that due to similar bicycle and pedestrian traffic concerns. Grollman says the plan now is to have the LUCY stop at the existing SEPTA stops along South Street.

“We feel that will do a lot to alleviate the congestion people were concerned about,” he said.

But although traffic and parking are both valid concerns for residents, they aren’t their only areas of apprehension.

Residents living on the north side of Schuylkill Avenue have an aesthetically pleasing view of the South Street Bridge and University City – both of which light up at night.

“It’s actually very pretty to look at,” said Dr. Jonni Moore, a four-year resident and pathologist at the Hospital of the University of Pennsylvania. “I’ll miss that.”

Moore’s home is five stories tall with a roof deck that looks out 180 degrees west and south towards the abandoned JFK Vocational High School building, the Schuylkill River and the South Street Bridge.

But with the new three-story parking garage and the tower construction, she fears at least part of her view will be blocked.

Moore said those who moved to the area knew the land would eventually get developed, and that CHOP has a vested interest in it’s residents due to the high population of employees who live there.

“CHOP is as concerned about the neighborhood as anybody would be and maybe more,” she said.

Many people, including Moore and Councilman Kenyatta Johnson, are excited about the expansion.

Councilman Johnson said in an email that he believes the CHOP expansion will be positive not only for the residents and businesses in the area, but also the city.

“This state of the art building will provide beautiful public space, river access and additional retail options to the neighborhood,” Johnson said. “It will also keep upwards of 1,000 high quality jobs in the city, so Philadelphia gets that tax revenue.”

That number is expected to grow as well.

But Temple University economics professor Dr. Michael Leeds, who specializes in labor markets, said in an email that significant changes like the CHOP expansion generally reduce the well-being of the residents living there because the significant changes are too different from the local amenities that residents originally bought into.

“That can change within several years, as new residents with different tastes move into the neighborhood and/or property values change to reflect the new setting,” he said. “This is often what happens, for example, when stadiums or airports are built.” 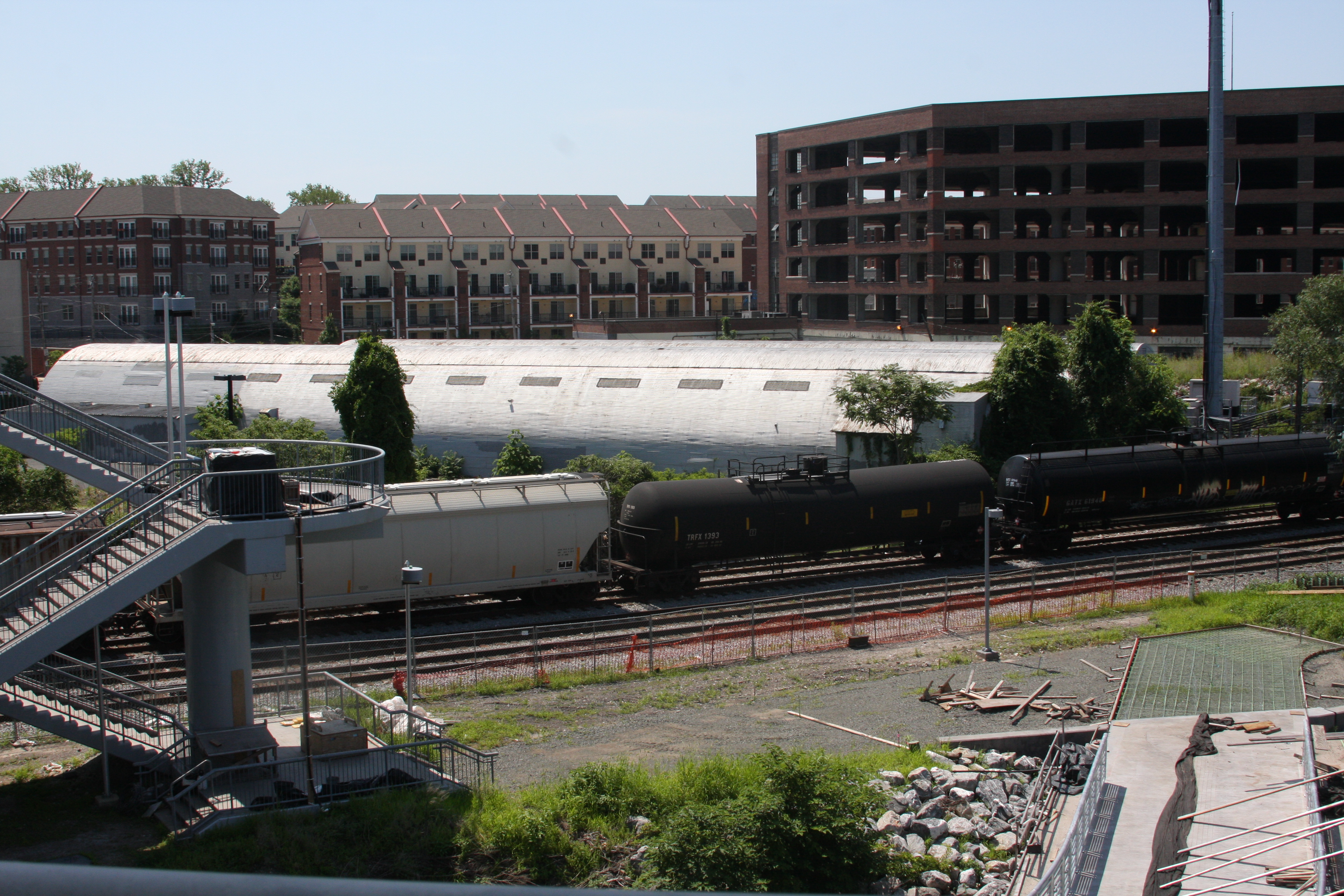 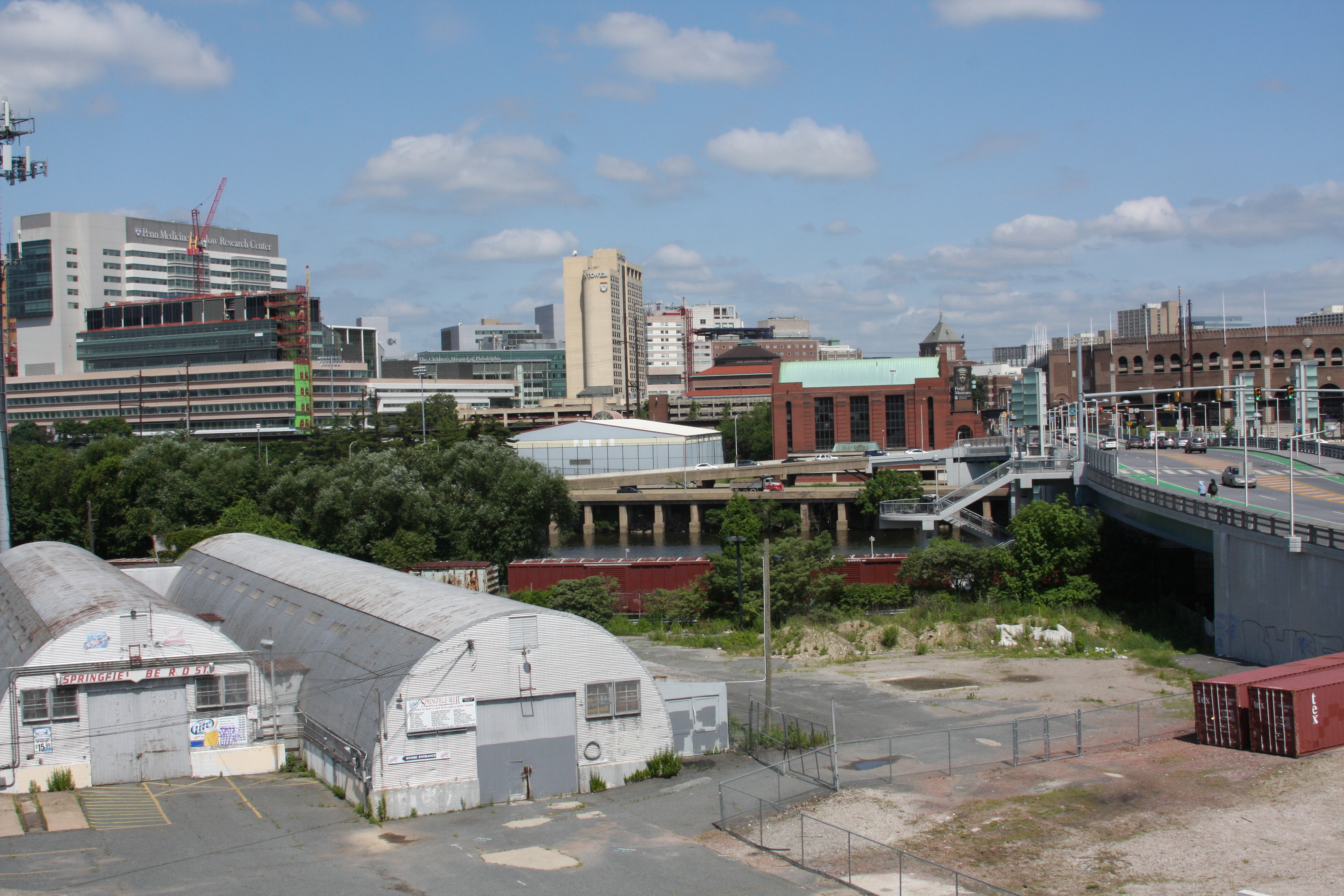 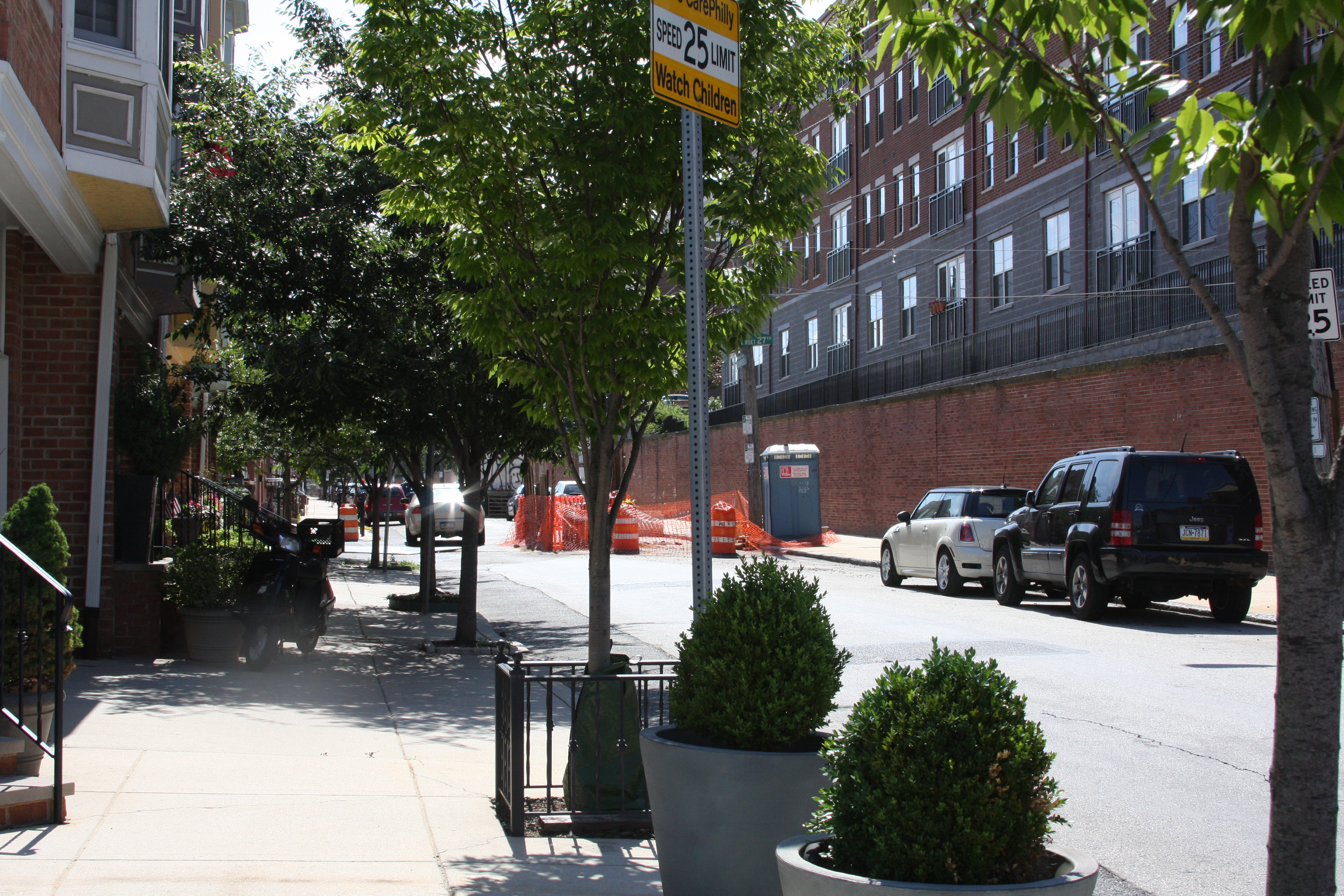 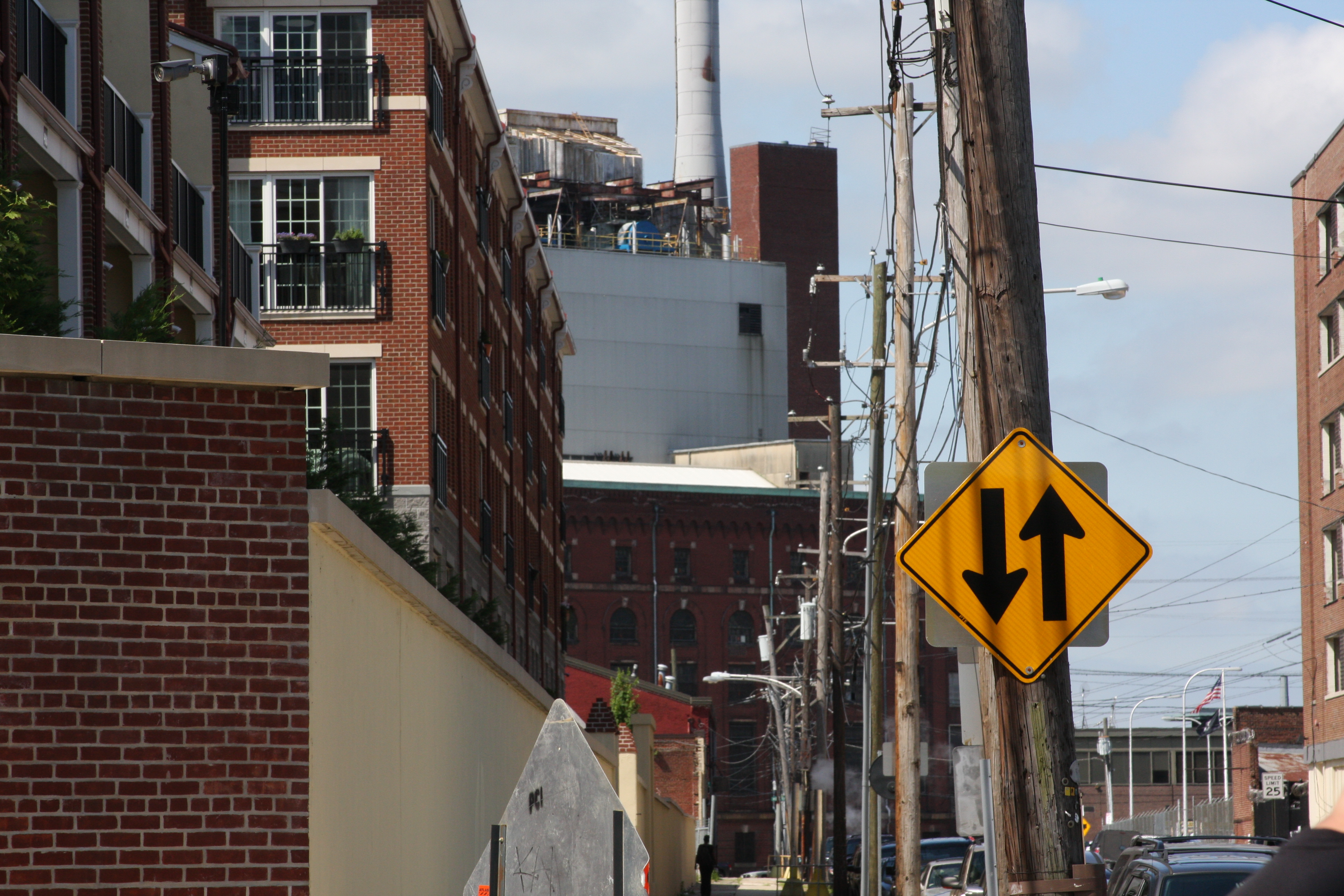 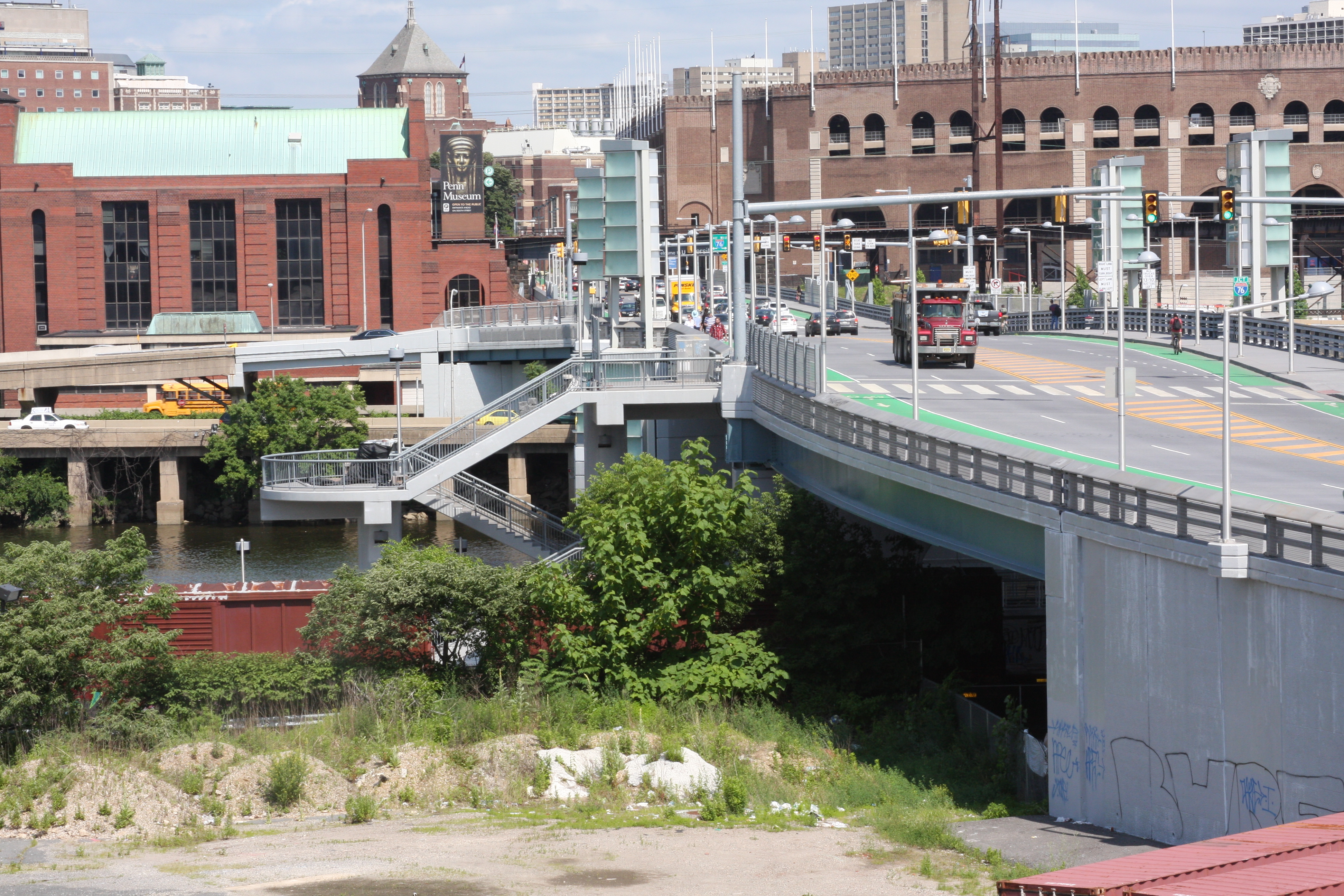 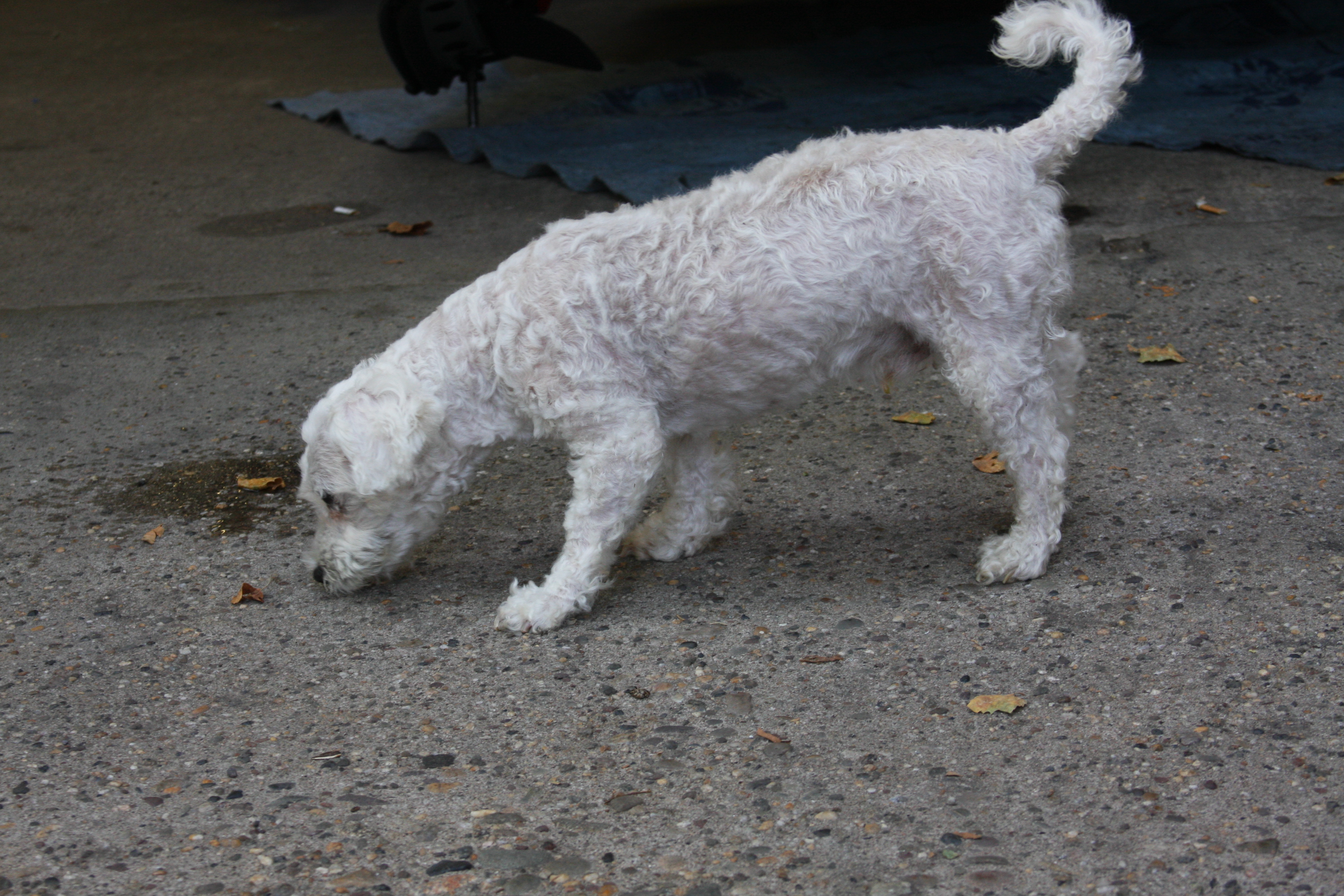 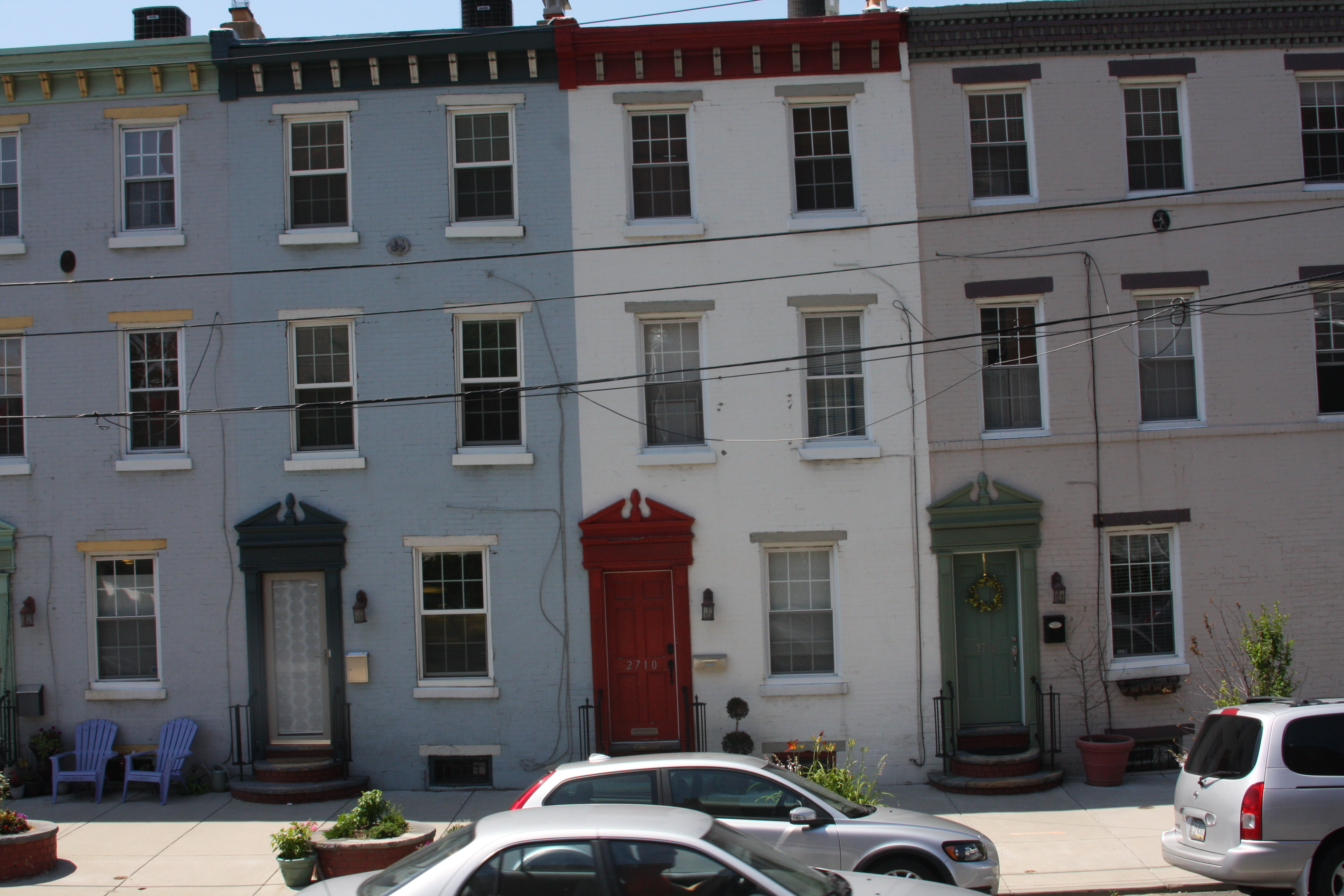 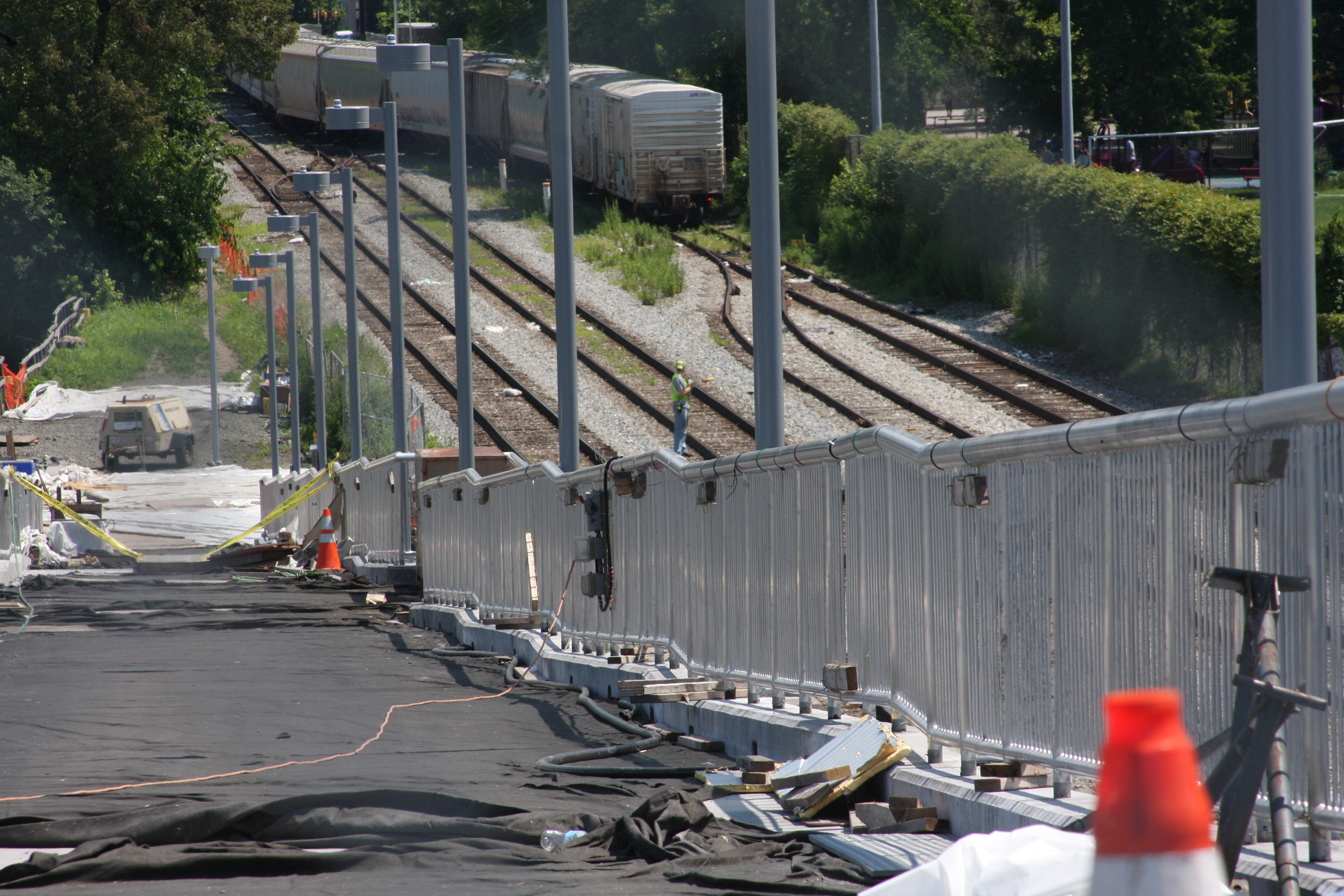 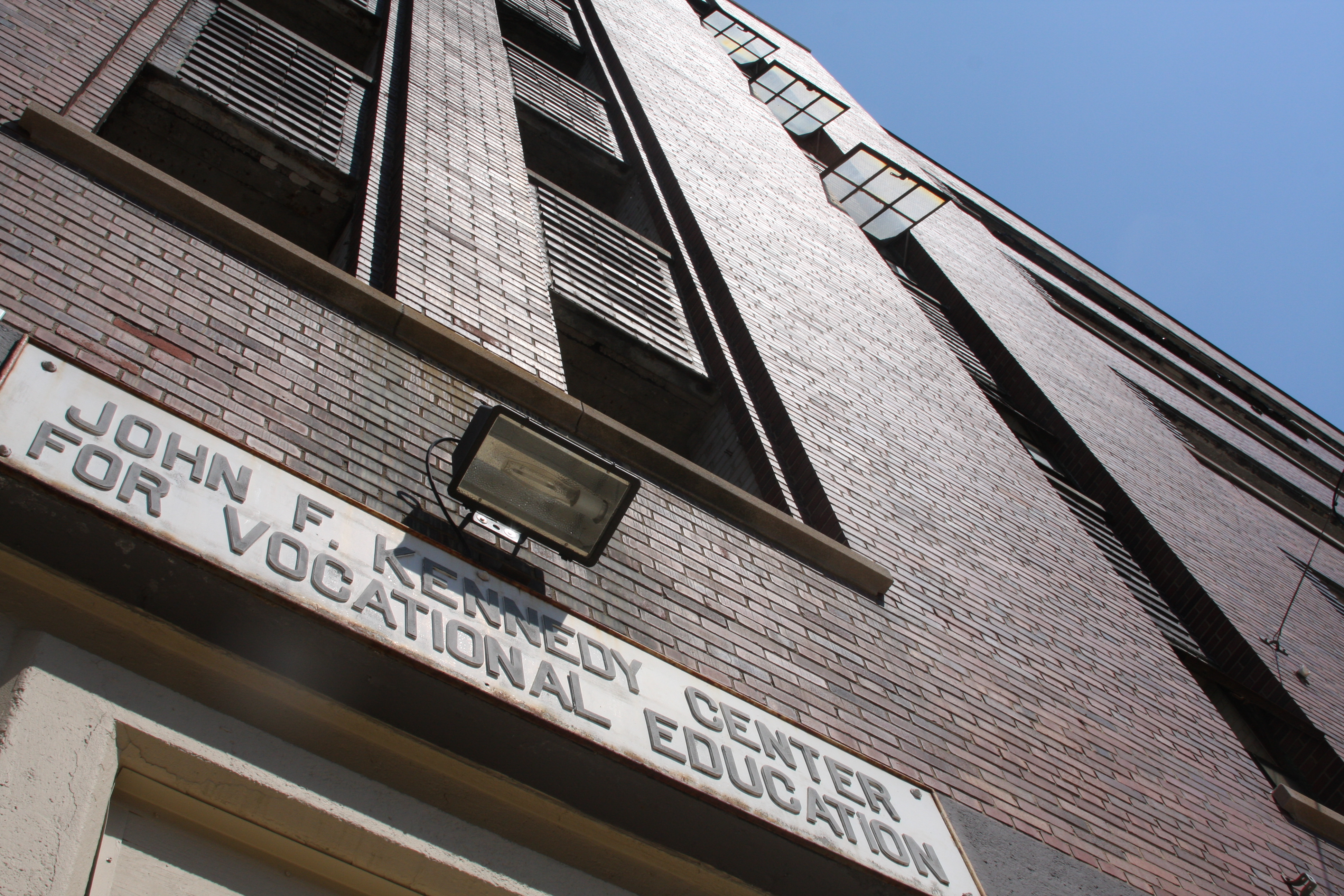 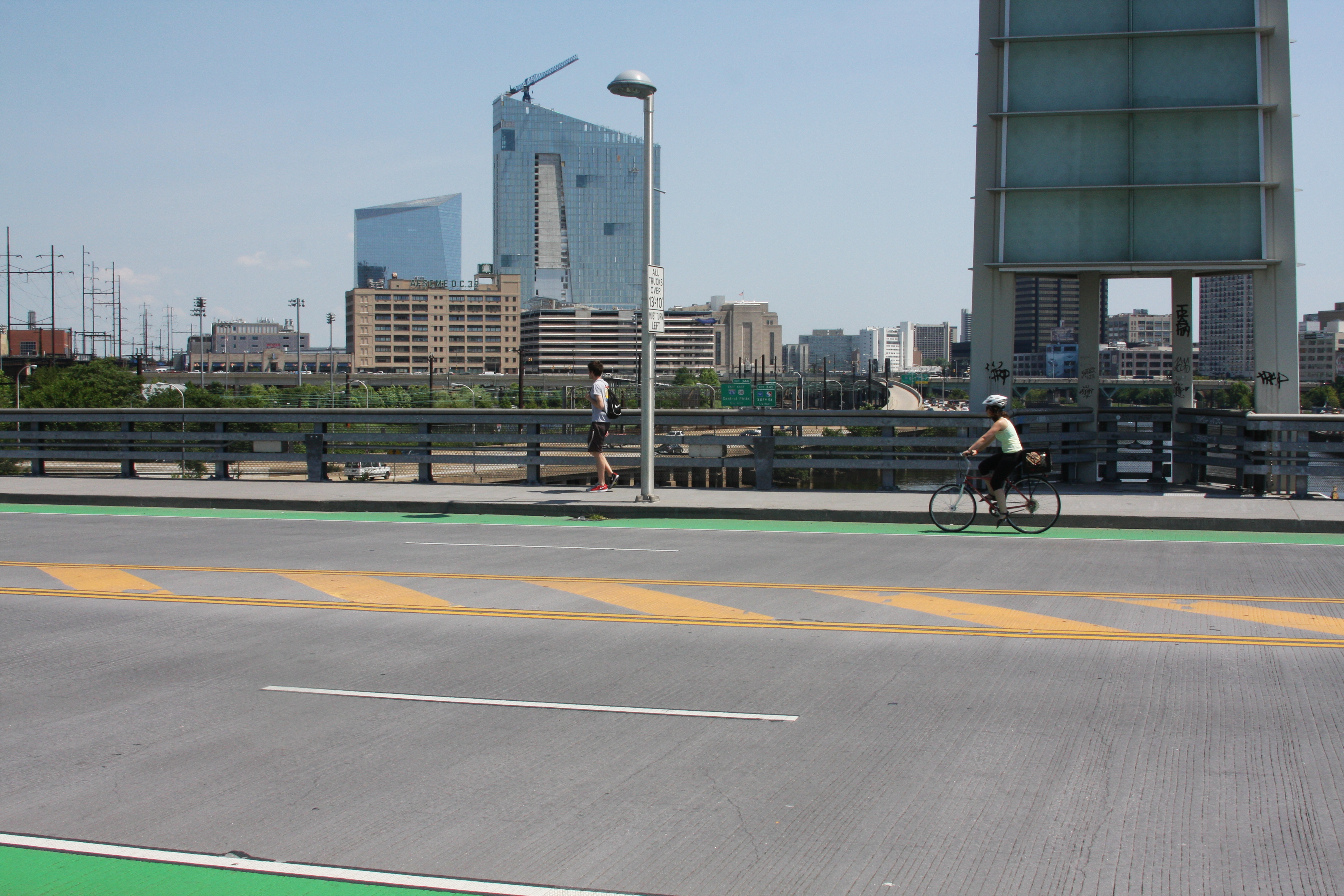 <
►
>
The River walk is under construction to connect to the South Street Bridge, and eventually to the CHOP facility.

Barbara Chang said she feels the finished facility will ultimately be good for the neighborhood though, with the inclusion of the additions of Schuylkill Green and the South Street Plaza.

“We feel that this is going to bring the area up,” she said. “Living right-across [from the tower] is going to be wonderful for us. We’re going to have a park, and restaurants.”

In 2015, Point Breeze has witnessed a seasonal pop-up beer garden and a bistro opening in the neighborhood where change is no longer just in housing development. As a neighborhood gentrifies, businesses follow suit. The Point Breeze [Read More]

Tucked in the shadow of the hustle and bustle of Chestnut Hill, it is business as usual at United Cerebral Palsy of Philadelphia and Vicinity. The large facility located on Mermaid Lane offers various programs [Read More]

“COME IN” was written on the sign in big and bold letters, inviting the public to join the festive evening created by Indigo Bleu Design Concepts to mark the second anniversary of its representation of artist Jerry Puryear. [Read More]