Sherman stormed down the 3500 block of Ryan Avenue as dusk was falling on Mayfair’s first ever Third Thursday festival.

He reached the corner of Ryan and Leon streets, his head on a swivel. Who or what he was looking for was nowhere to be found.

“Shoplifters,” Sherman said, retreating back up the block through the remaining festival goers and back to his managerial duties at the Family Dollar store on Frankford Avenue.

Did he pick up the phone to call the police?

Sherman and his staff estimated this incident was around the 20th time they’d been shoplifted in a week. Most of the time they’re able to catch their would-be thieves in the act. Sometimes they get away.

“If they give us push back we do [call the police],” Shermain said. “We’ve called the police more in the last three weeks than we have in three months.”

Placing the call into the police isn’t the issue, it’s actually getting an acceptable response that irks Sherman most.

“The last call we had, someone was threatening to attack one of our managers,” he said. “They got here an hour and a half later.”

Three weeks ago a customer at Family Dollar was assaulted by another man, who held the customer up against the wall and grabbed their neck. The police were called while the assault was taking place.

No officer ever showed up.

“I wish they hung out more around here,” Sherman said.

Unfounded calls to the police has been an ongoing issue in the Philadelphia Police Department’s 15th District, and more specifically Mayfair. Police sources have indicated a lack of officers makes getting to every call extremely challenging, especially during the day.

The 15th District serves portions of Frankford, Bridesburg, Tacony/Wissinoming, Holmesburg and Mayfair. It serves more citizens than any other district, at 129,789. That number makes up 8.5 percent of Philadelphia’s population. The average police district in the city serves about 4.5 percent of the population.

Residents and community leaders in Mayfair and throughout the district have been calling for change. The most common idea has been to split the district in half and create a brand new district.

While the Police Department is slow to admit there is a problem, community leaders have taken their case to Councilman Bobby Henon in hopes of getting a split – or at the very least, making a change.

Before Donny Smith became president of the Mayfair Civic Association, he would pester then-President Joe DeFelice about the idea of splitting the 15th District into two districts. They would talk about it often but never got any further than that small chatter.

Once Smith took over as president, he made it a point to get the ball rolling on the issues surrounding the 15th District. Smith contacted community leaders from all over the district to set up a meeting.

“It was just a feeler,” Smith said of the meeting. “I wanted to see if I could get everyone on board with the idea or if it was a flop.”

The meeting was a huge success and every community leader from Frankford up to Holmesburg was on board with the idea.

In doing research and talking to others, Smith stumbled across a story in the Philadelphia Inquirer titled, Coalition Seeks More Police For Northeast, written by Larry King in December 1989.

The article mentions 18 Northeast civic groups banded together to form a group called the United Civic Associations of the Northeast (UCAN). The officials were fed up with the lack of police protection in the area.

Twenty-five years later and the same problem still exists. Smith is hoping to change that.

Following the initial meeting, Smith sent a letter to Henon, inviting him to come to the next meeting on March 19.

Henon was in full support of the idea and even set up a website to help explain the split to the people he serves. Henon brought a list of questions to the meeting, which he planned on taking to the police department.

Henon’s main objective is to get more boots on the ground, with the idea that more officers in the area will result in lower crime rates.

John McNesby, President of the Fraternal Order of Police Lodge #5, said he thinks splitting the district would solve nothing and create more problems. His idea is getting more officers on the streets, which isn’t an easy solution.

Many people in Mayfair see crime getting worse in the area.

“The violent crime numbers don’t bear that out,” said Inspector Benjamin Naish, who oversees the 15th district as well as the 2nd, 7th and 8th districts. “Overall numbers are down.”

The 15th district saw a 17 percent reduction since 2008, according to his data.

Naish said he thinks the issues a potential split would address are already covered by the Public Service Area divisions. Mayfair lies in PSA 3. PSA 1, the southern part of the district, experiences the bulk of violent crime.

Henon agrees crime is going down in the 15th district. His own website illustrates as much via data visualizations. However, it also shows the 15th district is 82 percent higher than Philadelphia’s average.

“We’re trying to stop property crime,” Naish said. “When you come home and your house has been burglarized, its a bad day. Captain McCloskey [of the 15th district] is very much on top of that.”

Henon cites U.S. Census data that shows approximate population numbers for each district (the police districts and the U.S. Census areas do not line up exactly, but no one disputes the validity of the estimates). The 15th district has almost 130,000 residents, more than 17,000 higher than the next district. Eight districts currently have less than half that amount.

“Population does not dictate personnel levels,” Naish said. “DC [District Control] numbers do not equate to violent crime (a DC number is generated for every founded police report).”

Smith said the split needs to happen because it permanently addresses the decades-old problem. He said it will keep police in Mayfair. The PSA’s lack such rigidity, but Naish can address those problems at his level.

District management handles that. But Naish has other options.

Naish said he is limited by the department’s overall low staffing levels.

“Staffing levels are a challenge for every district,” Naish said. “[The commissioner] would love to increase manpower in every area. We are active in recruitment. We have to recognize we don’t have the manpower from 20 years ago. Some people would like to see us up around 7,000 again.”

Naish said the 15th and 2nd districts are getting more officers due to a recently graduated academy class.

The newly graduated officers will patrol foot beats in more violent districts. The more seasoned officers from those districts will transfer to the 15th and 2nd districts.

But the graduating class was less than 50 officers, far fewer than needed to replenish losses through expected retirements. Naish said he hopes to utilize technology to fill in the gap.

“The proliferation of cameras is such a boon to law enforcement,” Naish said. “[In] both deterrence and investigation. We get [surveillance video] on our YouTube channel. I can’t tell you how many people we get that way.”

While it’s difficult to predict what the result will be when Henon and the police department meet up again – a meeting is scheduled for the very near future – community leaders, with the help of Henon, have been trending in the same direction for months now.

The separating of the district into three different PSA’s has seemingly only provided the district and its residents with a band-aid fixing. When officers get called to assist in other ends of the district, it leaves many without proper service.

McNesby and the police department cite a lack of officers as the main cause for concern. With the number of police academy graduates on the decline, not having enough officers in the city will only worsen the chances of the 15th District and its residents getting the help they desire.

The money is in the budget to put 500 more police officers on the street, Henon said. He said the police commissioner has committed to him the 15th District will be receiving extra officers.

Meanwhile, the 15th District building, which is also shared by the 2nd District, is not up to par with other police department facilities. Henon is the Chairman of Public Property, which oversees all of the public property in the city of Philadelphia.

“It is an upward challenge for us,” Henon said. “We are fighting against resources and making sure that the data supports the kind of split that the community wants.” 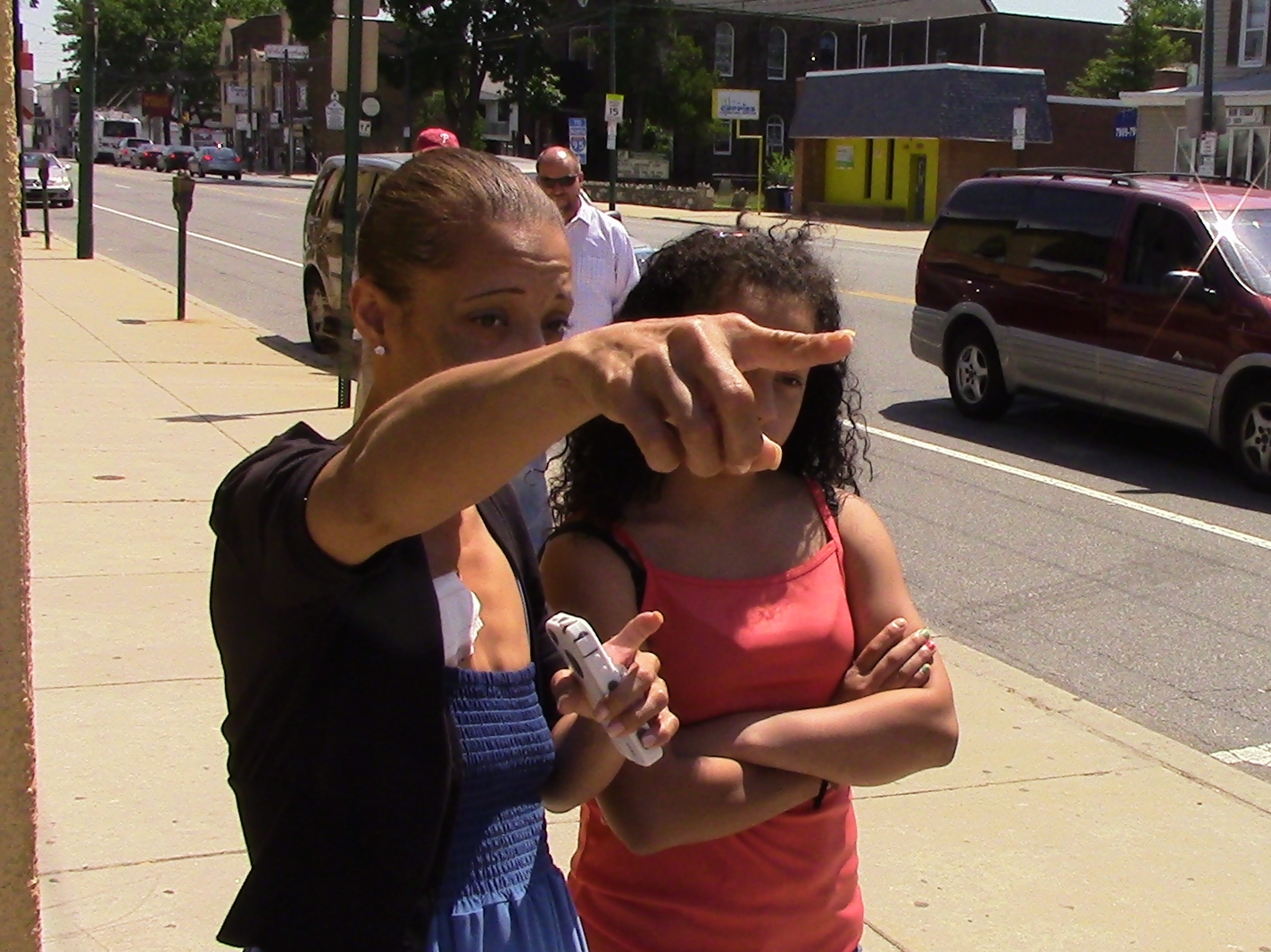 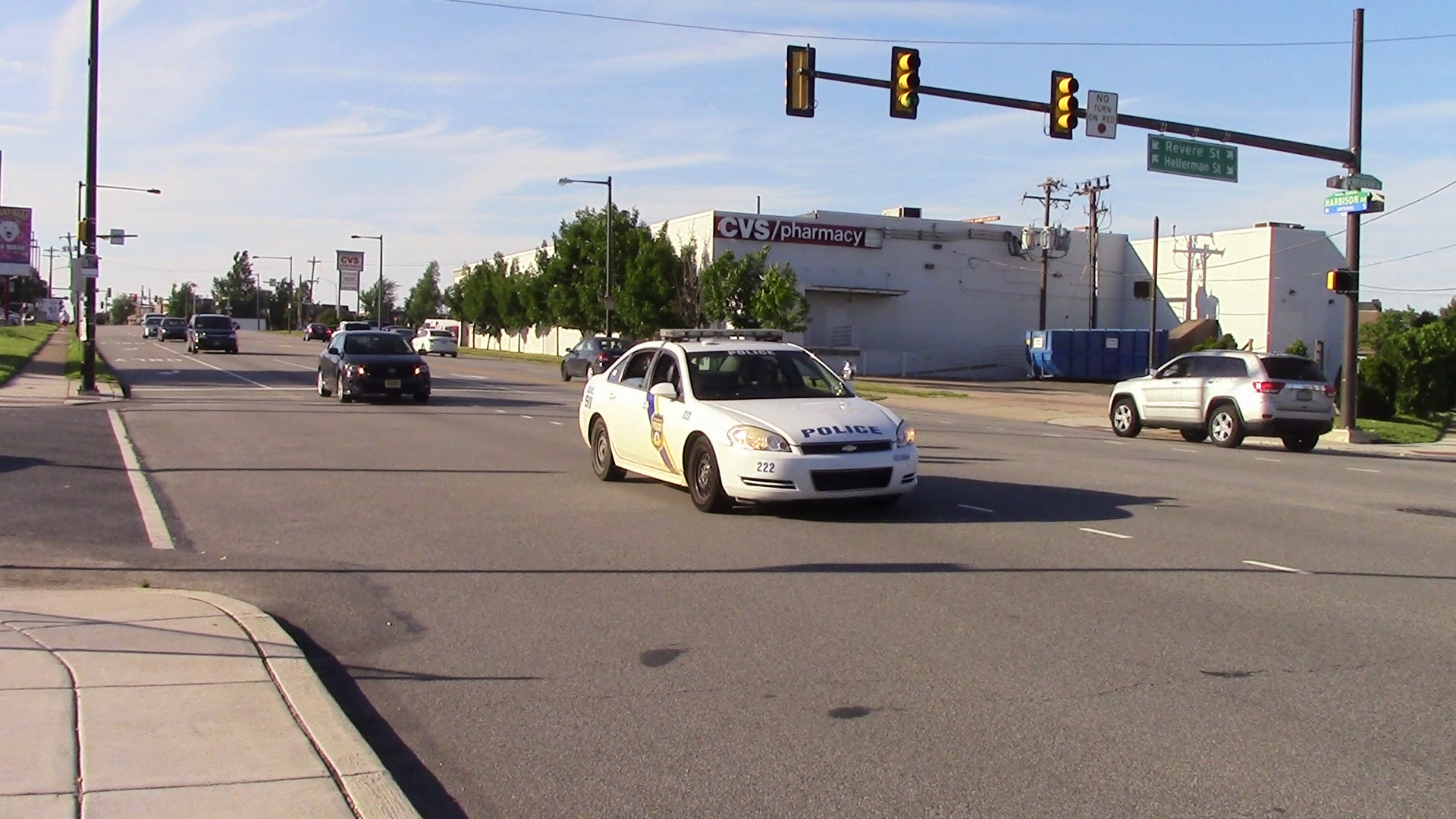 <
►
>
A methadone clinic is slated to open at the corner of Frankford and Decatur in Holmesburg. This sign represents the strong opinion of residents in the area.

https://vimeo.com/59839684] A community garden is in the process of becoming a reality for the residents in Parkwood with help from the community to politicians. With support from Councilman Brian O’Neill, R-10th, an 18,000-sq. ft. garden located next [continue reading…]