Thrift shops, like Retrospect (above), are popping up all around Philadelphia, and the center of the used and vintage craze is Queen Village. With Fabric Row on 4th Street, many thrift and vintage shops have appeared on neighboring 5th and South Streets. Each one has its own flair. Some take solely donations while others are willing to pay and be more selective with their items.

Whether looking for a place to donate clothes or to find the hottest vintage fashion, these Queen Village thrifts shops have what you’re looking for. 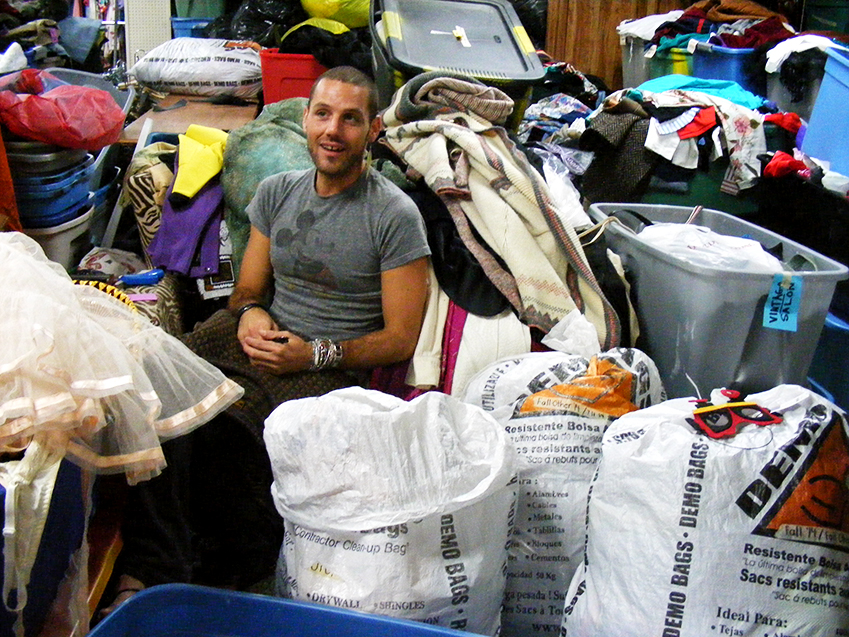 With bags piled floor to ceiling in their storage room, Philly AIDS Thrift has no shortage of donations. They have 120 volunteers to sort through it all, said assistant manager Adam Proctor.

“Without volunteers here, we wouldn’t be able to run,” Proctor said.

Proctor said the store donates $20,000 per month to the AIDS Fund.

“By the end of this year, we will have raised $1 million,” Proctor said.

Rooted in the artist community, Jinxed offers an extensive collection of unique items for people who don’t have a ton of money.

“The store is not like the ones on Pine Street,” said employee Laurie Smith. “So what if it has a little dent in it? It’s still good.”

The curated shop buys all their items. With locations at the Piazza in Northern Liberties and in Fishtown, shoppers looking for local art and clothing have a lot to choose from.

“I was here first on Fabric Row,” said owner Daniel Wilbur, who opened his shop six years ago. “Now there are tons of shops all over the place.”

The store does not take donations. Instead, Wilbur himself goes to estate sales and takes calls from people looking to sell to build his stock.

“People want something different at a decent price,” Wilbur said. “You can buy designer clothes for less than half the price.”

Grace Williams, general manager of Retrospect, started her journey with vintage clothing as a child.

“I used to drive around with my mom, going to yard sales, digging through trash, finding unique items everywhere,” Williams said.

What began more than 12 years ago as a pet project from someone working at Goodwill has grown into a boutique in its own right. Williams said Retrospect’s prices are a little lower because they are owned by Goodwill. But they aren’t afraid to direct people to other stores in the area.

“I like to call it contemporary-vintage,” said Danielle DiRosa, one of the store’s three co-owners. “Clothing styles from the ’40s and ’50s are really popular.”

Opened in October 2013, Nostalgia entered a crowded market on Fifth Street. But co-owner Rafael Rosado said the store’s collection of items made in the United States helps it stand out

– Text and Images by Grace Nonnemaker and Joseph Gilbride.

[vimeo 60857251] African-American artists across Philadelphia have been discovered, united and transformed by the hands-on activity taken by the Art Sanctuary since 1998. Located at 628 S. 16th St., this organization has prided itself as being a [continue reading…]

The Italian culture associated with South Philadelphia may not be as visible as it once was, but what that culture represents is still alive and well in Joan Verratti, owner of Pollyodd, on Passyunk Avenue. [continue reading…]

https://vimeo.com/63059954] Pam Zenzola will admit that since she’s moved into her townhouse on the 1300 block of Federal Street she has made an effort to purchase at least one item from the Rosa Food Product [continue reading…]