A ride home from a community building project meeting at La Salle University ended up being the chance of a lifetime for Kenneth Houston.

When Maureen O’Connell dropped off the former marine at his Germantown home, she only had one word – “perfect.”

“I thought to myself, ‘Perfect? Why is she saying perfect?’” Houston said.

His house was in extreme disrepair. The roof was leaking, rendering his second floor unlivable.

“A couple minutes later,” he recently recalled, “she told me about this program through Habitat (For Humanity) for veterans – renovating their homes – and encouraged me to apply for it.” 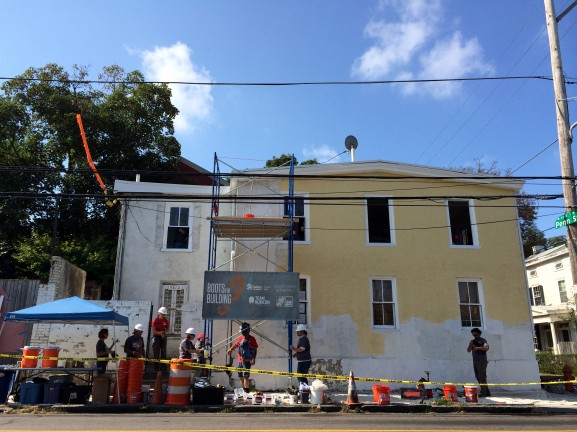 Houston’s home renovation last month was part of Boots for Building, a volunteer event that combined the efforts of Habitat for Humanity, Student Veterans of America, Team Rubicon and Home Depot. In addition to Houston’s home, six homes were constructed in Point Breeze to be sold to low-income families at zero-interest rates. These families will partially pay in sweat equity, which are volunteer hours on other projects.

Aside from benefiting the community, the event also gave veterans an opportunity to serve again. And, in the case of Houston, their efforts helped a fellow veteran.

“Veterans will respond well to other veterans,” Houston said. “Veterans understand each other.” 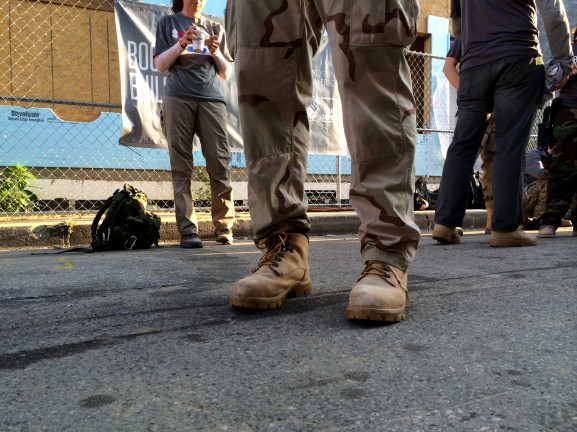 When Jim Kim decided to open a business, he thought going into the restaurant industry was the perfect fit. After managing a restaurant in West Philadelphia for a few years with a few friends, the [Read More]

Passion is an essential element in the development of communities in Northwest Philadelphia. Each of these individuals brings their own skill set in an effort to build a stronger community. They strive to improve their [Read More]

[vimeo 49610519] Bike & Build, a cross-country cycling organization, celebrates its 10th  anniversary this year. Located in Roxborough, the organization combines the concepts of raising awareness for affordable housing, getting young adults involved in the cause [Read More]