Traveling down Columbus Boulevard in South Philadelphia, you’ll see abrupt changes between new developments and vacant piers. One of these eyesores smothered with trash is Pier 68 across from Walmart.

Although the pier is not in good shape, there’s a big change coming its way sometime soon. The city of Philadelphia has unveiled a $1.7 million project to turn this illegal fishing pier to a legal one.

Pier 68 is just one pier in the wave of projects the Delaware River Waterfront Corp. has invested in during the past few years.

“Most of those piers down there have been vacant for a really long time, but they all have really interesting histories to them,” said agency spokeswoman Emma Fried Cassorla (above). “Pier 68 used to be a Cuban sugar importing station. I can’t say how long it’s been vacant, but definitely for a very long time.”

Studio Bryan Hanes designed the anticipated renovations to accommodate the interests of local Waterfront and South Philadelphia residents. The design has a picnic grove, trees to block the view of the parking lot, an aquatic cut in the middle of the pier and a lawn for lounging with hammock-style seating.

“What we are doing for all these different parks on the waterfront is that we get the input of the neighbors and other residents as well to find out what they’re looking for, so each park has its own distinct use,” Cassorla said. 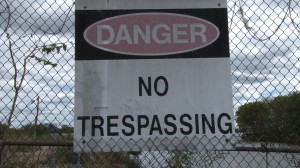 The project is part of the DRWC’s master plan, which includes renovations to Penn’s Landing and the development of a park every half-mile along the Waterfront. Pier 68’s reconstruction has been a desired project since the plan’s development in 2011.

The agency hasn’t been able to reconstruct more of the vacant piers because of ownership issues.

“We don’t own all the piers down in the south,” Cassorla said. “Between Washington Avenue and Pier 68, we only own two or three of those piers.” 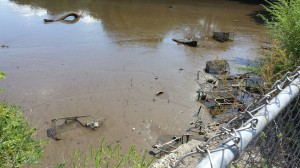 The $1.7 million came from many different sources, including the William Penn Foundation, the city of Philadelphia, the Pennsylvania Department of Community and Economic Development, the National Fish and Wildlife Foundation, Wells Fargo and a $200,000 grant from Walmart. Pier 68 sits next to a Walmart off Columbus Boulevard.

The Delaware River Waterfront Corp. has not announced an official starting date for the project but plans to keep the public informed its developments. The projected opening date is summer 2015.

Behind the scenes of a burlesque show is a performance of its own. Thirty minutes before showtime, beers were being slugged backstage straight from the can. The conversation circulated around who was going to get tacos from the [continue reading…]

Joe Messina loves the art of pitching. Involved in baseball in South Philadelphia for the past quarter-century, Messina has been an assistant coach for the Neumann-Goretti High School baseball team for the past 11 years. [continue reading…]