“Well, the simple answer is for love,” said London native, Elena Brennan, explaining why she came to America in 1985. After getting married in London, she and her husband at the time moved to the United States.

Romanticism and passion go hand-in-hand and Brennan’s fully stocked and beautifully decorated boutique shows the amount of passion she has.

The owner and founder of Bus Stop Boutique had quite a culture shock when moving to Philadelphia.

“Philadelphia in 1985 was not this cool city that it is today,” Brennan explained. “Culture shock? I’m not going to lie, it was quite hard. But one of the weirdest things to me was women leaving the house in their sneakers. In London, you leave the house wearing your heels. You wear them to work and then you wear them afterwards to parties. They come off when you go to bed at night. That was a big fashion shock to me. I just thought, ‘Well I understand why you want to be comfortable but why not something flat or simple? Not a big white sneaker.’”

Brennan initially worked in advertising but her interest for that started to fade. She had an itch to start her own boutique. She went to the University of London and studied advertising, marketing and business strategies so she had many different ways she could go when it came to her career.

https://vimeo.com/107479429 w=500 h=281]Not wanting to start the time consuming process of owning her own boutique until her son was older, Brennan waited patiently for the right time.

She was cat sitting for a friend in Queen Village when she noticed a rent sign in a store front window. It all fell right into place.

“That was that,” she recalled.

“I really took a chance opening up here because it wasn’t Old City or Rittenhouse,” Brennan said. “We really were, in a way, the pioneers of the street.”

Longtime customer Kate Vail is in love with the unique and eccentric selection that the Bus Stop Boutique offers.

“It’s really taken on a life of its own and really just became part of the scene in Philly,” Vail said. “She does a great job to get shoes in Philly that we never had before. We would have had to go to New York to get shoes like this before.”

A lover of shoes since the age of 5, Brennan continues to grow and market her business.

“When you have a business, you have to do marketing, you have to do PR, branding, image, and merchandising,” Brennan said. “All of that is so important because it tells a whole story. It’s not just a shop front. It’s a whole concept.” 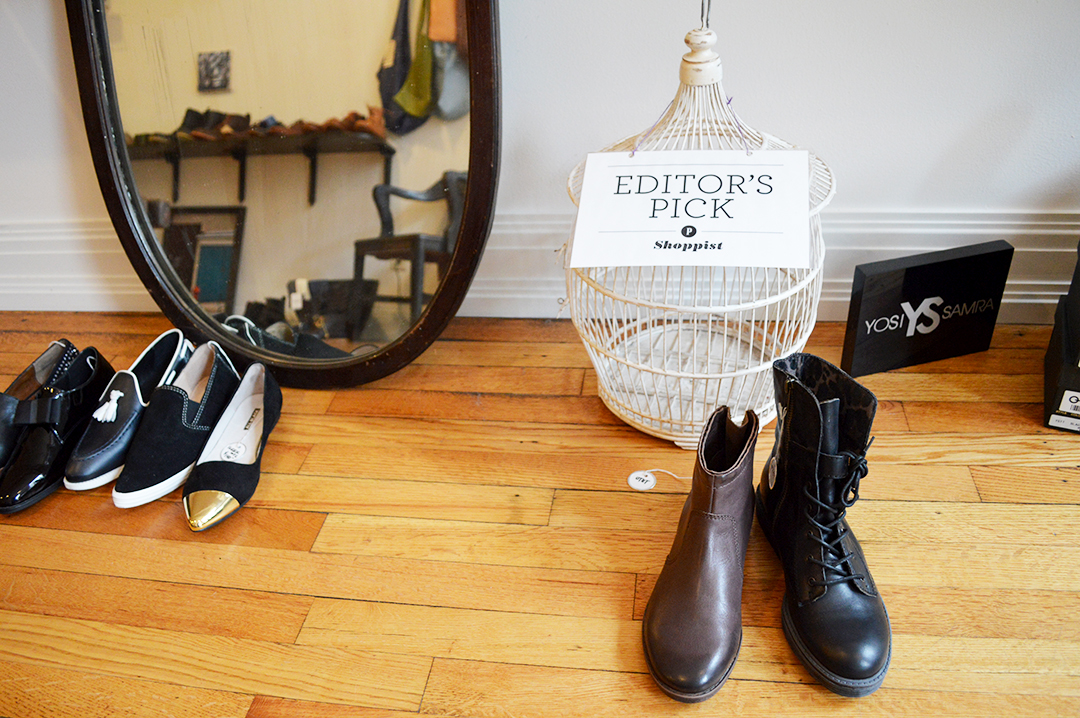 -Text and images by Chelsea Finn.

Bella Vista, Italian for “beautiful sight,” is full of just that – beautiful sights. Settled by Italian immigrants, the neighborhood eventually welcomed more cultures creating a unique and diverse space full of both modern and [Read More]

A T-shirt that reads, “single with cats,” is one of the first things a customer see when they walk into Knack Philadelphia. That and a tote bag that states, “cats are my bag.” “I have [Read More]