The various neighborhoods of South Philadelphia are engraved with rich history, whether it be the earliest churches in the country or the traces of an old company.

Either way, this history has left behind an increasing number of abandoned and demolished buildings scattered throughout the neighborhoods. In order to accommodate with the ever growing population in Philadelphia, developers are obtaining permits in order to transform these relics into something new.

For nearly 80 years, the now abandoned building in the Lower Moyamensing neighborhood of South Philadelphia housed a paint brush factory owned by Joseph Lieberman’s company, Liebo Brush. By 2005, the company had been purchased by Sherwin-Williams, but the new management decided to close the factory doors.

After a meeting last Wednesday, the association posted a letter of support online addressed to the Philadelphia Zoning Board of Adjustment. The letter presented Rufo’s plans and stated the community’s agreement with the development. 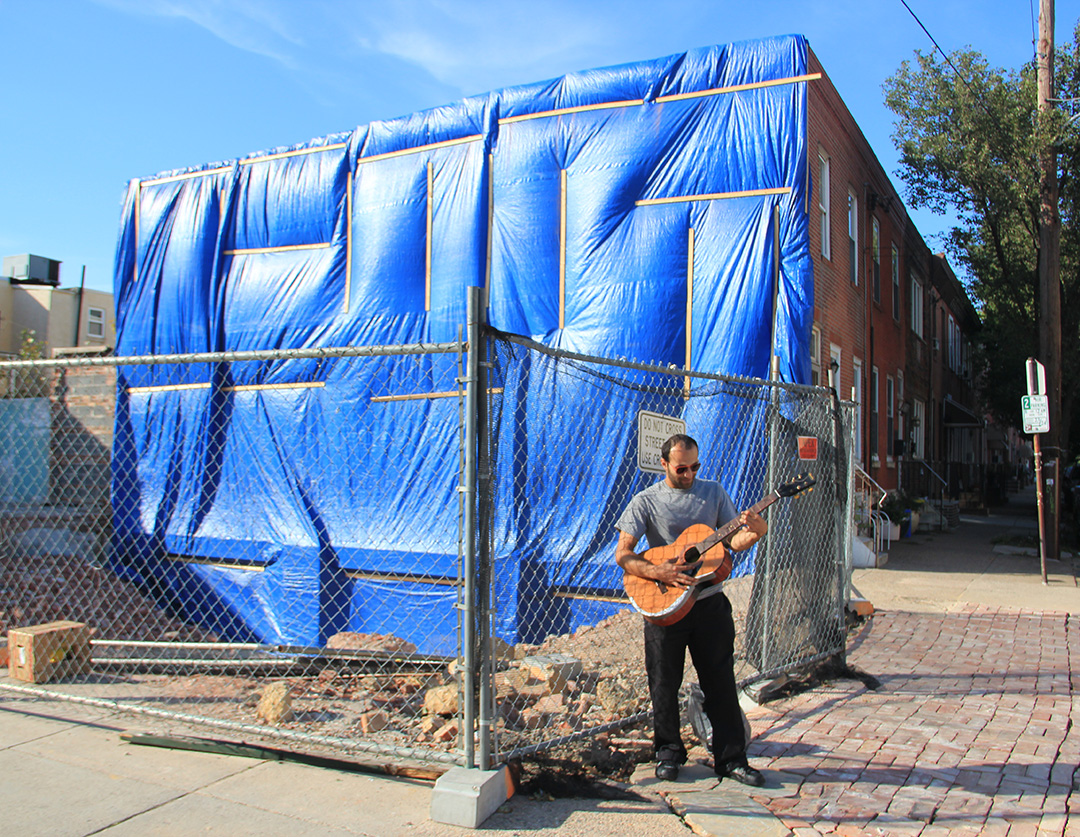 Developers Stephen and Tamar Olitsky have decided to continue with development on the recently demolished Artisan Boulanger after chef Chris Scarduzio pulled out of the project. He was planning on creating a first floor bistro at this East Passyunk location.

“My husband and I support Chris’ decision,” said Tamar. “We are still close personal friends.”

According to Tamar, building permits are still needed, but the two developers are looking forward to construction beginning within the next few months. The building is designed to have four units, two two-bedroom and two one-bedroom apartments. As the two filter through daily inquiries from restaurateurs and chefs, the first floor will still more than likely become a restaurant. 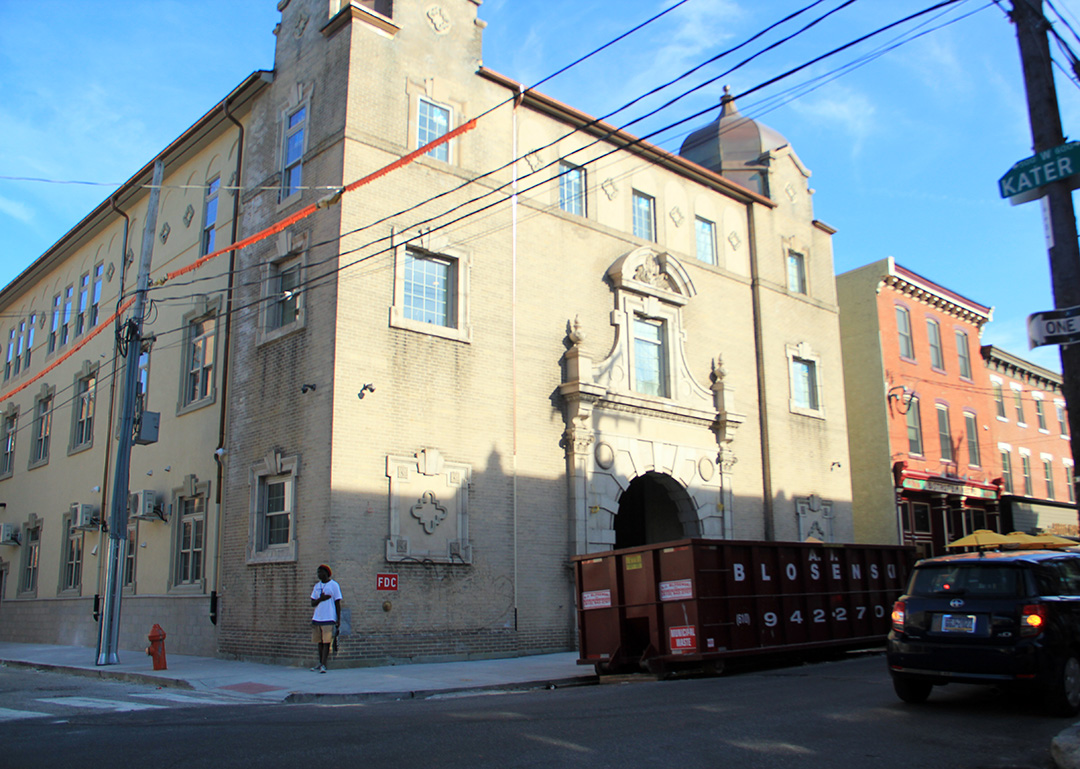 The Chevra B’nai Reuben synagogue in the Bella Vista neighborhood of South Philadelphia was once home to a Hasidic congregation. However, it has been closed for some time.

Owner of O’Kane Construction, Finnbar O’Kane, confirmed that the building’s renovations were completed last week. The building that once stood as a place of worship is now an empty three story apartment complex that will house residents in the near future. The original structure and walls of the synagogue were kept intact as the construction company renovated the interior of the building. 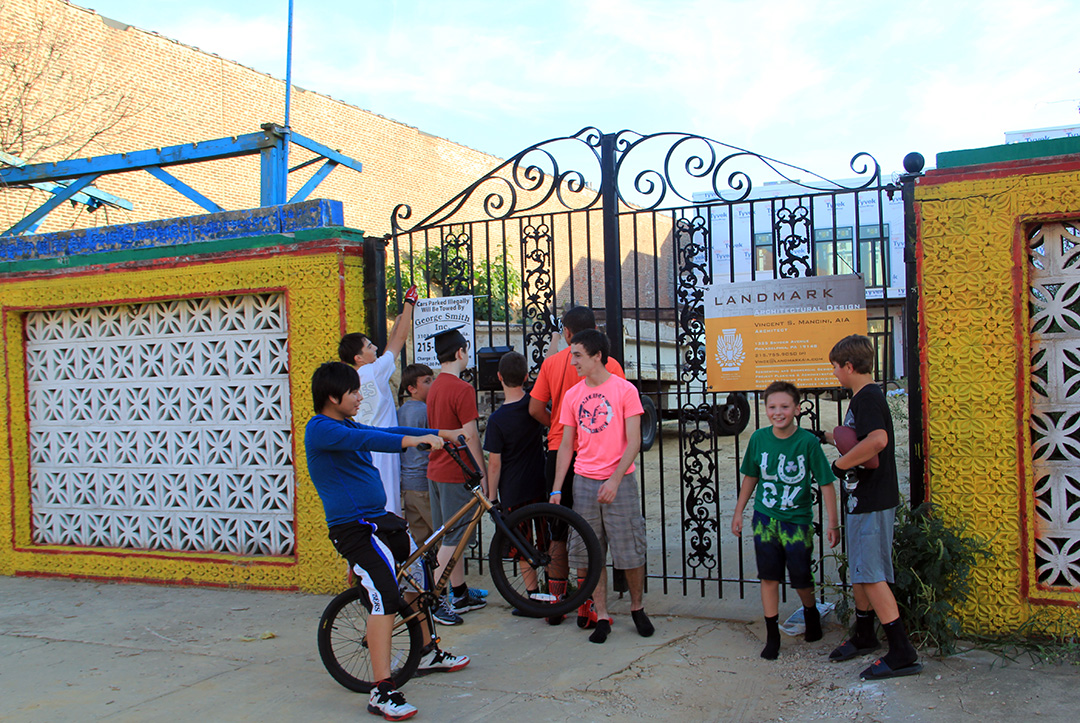 Pennsport children, pictured above, are hanging out in front an ongoing construction site of what used to be a popular Buddhist temple. The Greenwich Street Church was originally a place for worship to the Presbyterians in the neighborhood, but later turned into a Buddhist temple to serve the large Cambodian population in South Philadelphia.

After moving the temple to a different location in Southwest Philadelphia, a new project by Landmark Architectural Design LLC has been in the works.

There has been speculations from neighbors about the construction of two large single family homes, but Landmark confirmed the company has plans to only build one single family custom home at the site. 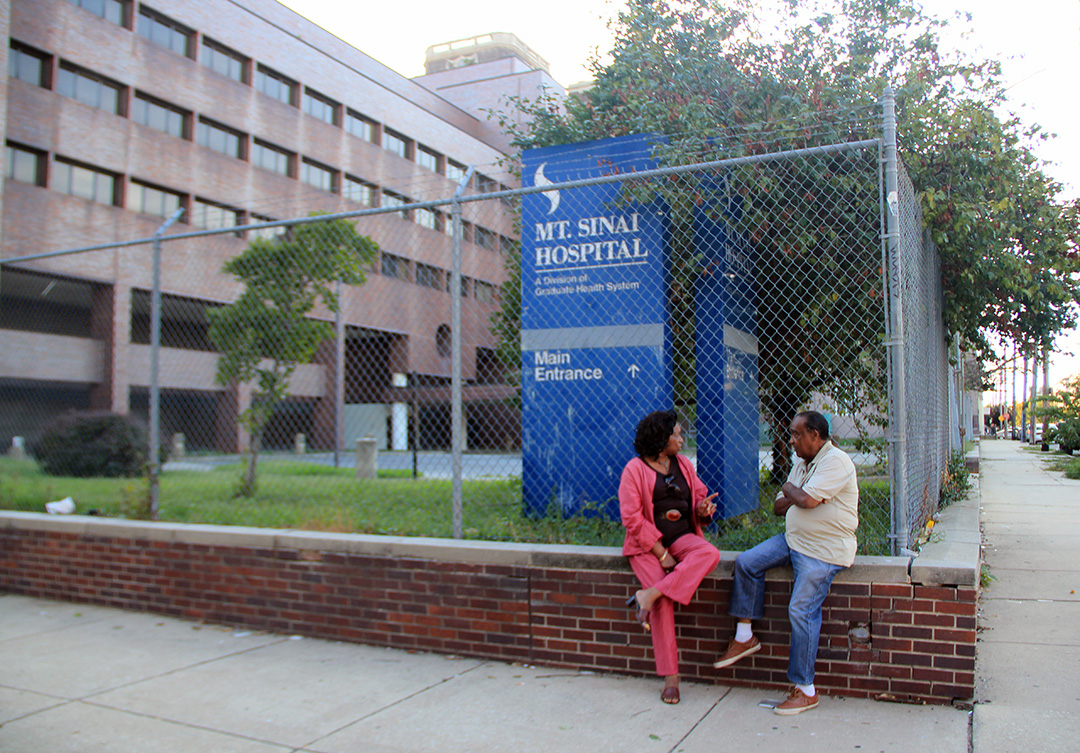 A once busy hospital is now a debilitated building, standing tall on the corner of Fourth and Reed streets in the Dickinson Square West neighborhood of Philadelphia. After Mt. Sinai Hospital shut down in 1997, the building has remained untouched since.

Greenpointe Construction developed a plan over the past year to construct residential apartments in place of the hospital, but like a few other companies, there have not been any updates since late spring.

Many neighbors, like Frankie Bagley and Shola Oyemola (pictured above), believe contractors will replace the hospital with apartment buildings in the near future, but the two said this talk has been going on for years. Neighbors are wondering what will ever come of the empty hospital.

– Text and images by Alexandra Snell and Amanda Kim.

“I’m one of those types that if you implant an idea in my brain, I can’t get rid of it,” said Christina Saboe, owner of Fireside Camp Supply located on South Street. Her two-year-old camping [Read More]

In 2011, The Philadelphia Water Department set off on a 25-year initiative known as “Green City, Clean Waters.” The plan was straightforward in theory – reduce stormwater pollution entering Philadelphia’s sewer system through the use of [Read More]