Chris Bartlett has been involved in the LGBTQIA community for more than 20 years. His career began with SafeGuards Gay Men’s Health Project in the early 90s. Bartlett was inspired by the work he saw being done at Philadelphia’s William Way LGBT Community Center when he was recruited for the executive director position four years ago and he’s been there ever since.

What was it that led you to take an active role in the LGBTQIA community?

The AIDS epidemic. When I was in graduate school, I had a number of friends who died of AIDS, so it energized me to get involved in the fight. Through that I got involved in the gay community and I fell in love with the different organizations. Act Up Philadelphia was one of the big training grounds. It was a non-violent AIDS activist group. The early years of the AIDS epidemic were really bad. There were a lot of people dying. It was a tough time. It made sense for me to get involved. 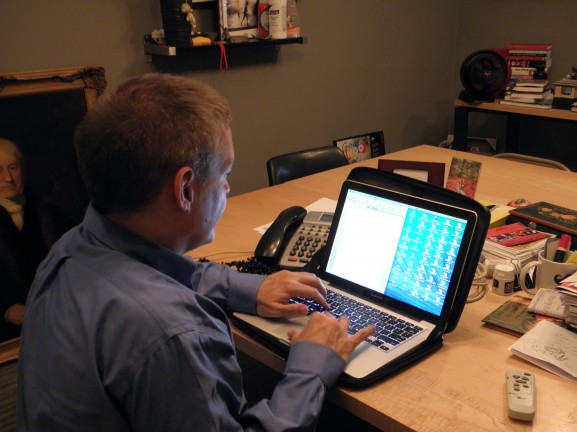 What would you consider your greatest achievements since taking over as executive director of William Way?

We’ve really focused on arts and culture as a vehicle for getting the LGBT voice out into many different communities. We’re going to be doing the first LGBT jazz festival, OutBeat. We’re really excited about that. It’s the first in the United States, so it’s both historical and the music’s gonna be wonderful. We’ve done wonderful senior programs and we were partners in building the new LGBT senior housing on 13th Street called the John C. Anderson apartments. A lot of the seniors in our community were my mentors, so I kind of want to give back and make sure they have a good senior period in their lives. 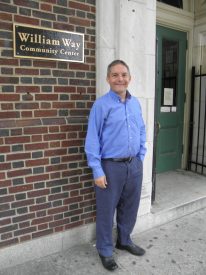 Why was the OutBeat Jazz Festival something you felt was important to bring to the community?

Jazz is the great universal art form. LGBT people from the beginning of jazz have had a really important influence. There’s a song, “Sissy Boy Blues.” There are songs about lesbians in early blues and jazz and then Billy Strayhorn, the wonderful lyricist who worked with Duke Ellington, was an openly gay black man at a time when that took a huge amount of courage. Billie Holiday was a bisexual woman. Everyone fell in love with Billie. There’s just a lot of examples of prominent LGBT people in jazz, so it’s important for us to acknowledge that and celebrate it and sort of map out our participation in the history of jazz.

What are some of the challenges you have encountered working at William Way?

I think one of the challenges is transforming the center into the 21st century as the gay community adapts. People might ask, “Do we still need a gay community center if we fit into the mainstream fabric?” I say yes. But we have to make that case as to why the community center is a site for the creation of new culture, new art. We have such a diverse community. We have to provide a place for all that diversity to coexist.

A big one is economic. It’s become more and more expensive to live in Washington West, so the neighborhood’s shifted south to South Philly. There’s always been a strong concentration in West Philly. I’m really interested in how we provide affordable housing for LGBT people, not only in this neighborhood but other ones so that we’re not forced to leave our own city.

The challenge around full inclusion of transgender people and having that be at the forefront of the equality battle right now and one of the places where the most interesting work is being done. 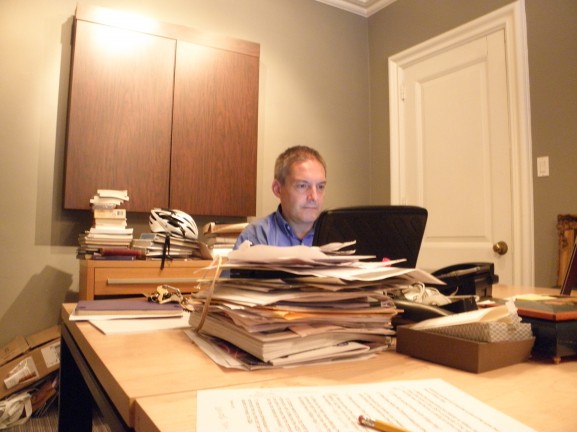 October seems to be a big month for Philadelphia’s LGBTQIA community with Outfest, the Indigo Ball and the AIDS Walk. What are some of the ways that can people get involved?

October is a big month. June is Gay Pride and October is Gay History Month. A lot happens. There’s OutFest, which always falls on the second Sunday of October. And then Indigo Ball’s on October 25th. So, it’s an exciting time. If people want to volunteer, they can volunteer at the William Way by reaching out to our front desk at 215-732-2220 or emailing us at info@waygay.org and asking to be connected to a volunteer orientation. We have an opportunity at OutFest where we do a table, so if people want to work at the table with us and hand out information and talk about the center to passersby. That’s always a great opportunity to get involved.

– Interview and images by Kate Kendall and Sara Patterson.

Politics: Groups Work to Register Philadelphia Voters Ahead of Election

Perhaps no one in Philadelphia has Oct. 11 marked on their calendar more than Gregory Irving. The voter registration deadline is one of many that Irving has faced over nearly 29 years working in the [Read More]

Online shopping is the new trip to the mall. With the rise of Internet commerce, business owners are capitalizing on digital opportunity. Luba Patlakh, a 26-year-old Ukraine-to-Philadelphia transplant, cut her slice of the pie with [Read More]

https://vimeo.com/33327147] When I first agreed to go on a field trip to Merrymead Farm in Lansdale with L.P. Hill Elementary School, I was concerned. The thought of helping chaperone 80 first- through third-graders was a [Read More]