Local musicians can be an important and influential component in their community. However, finding a good venue to play at can be a challenge, especially for smaller bands or ones that are just starting out. Below is a list of five venues in the city that support Philadelphia-based musicians.

Milkboy (pictured above) has hosted everything from battle of the bands competitions to bluegrass to hip-hop shows. The venue typically books bands that self-promote but massive Facebook followers are not necessary. Also, Milkboy has what is known as a basic backline, meaning that there is in-house gear that the bands can use. The price for admission can range from $5 to $15 with a room capacity of 200 people.

“Typically we look for between 120 to 150 people,” bar manager Evan Maffiori said. “Comfort is very important. If no one can move then no one can buy anything.” 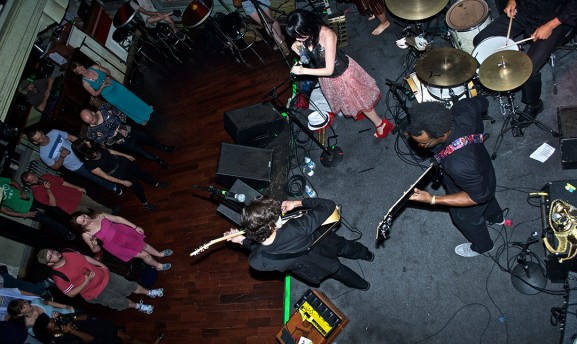 Johnny Brenda’s has become a staple in Fishtown, known for its locally brewed beer selection and live music.

“Given the evolution of the art, we aren’t too picky,” production manager Greg Mungan said regarding booking mostly indie-rock bands.

Instead, what Mungan looks for in a band is how they fit into the venue’s image.

“There are plenty of bands that could sell our room out,” he said. “But we don’t have them here because we don’t feel like it fits with what we want to do. We like to empower bands that we think are really good and are just starting out.” 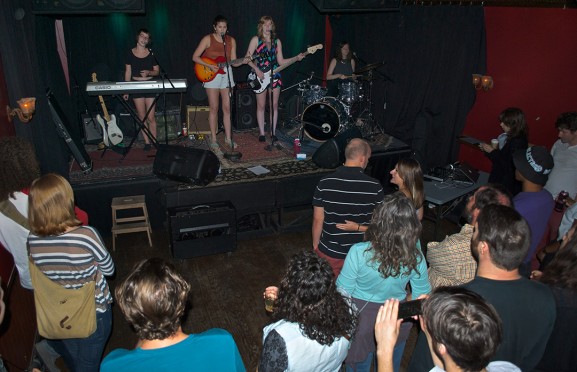 Venue manager Greg Altman, who plays guitar in the band Vacationer, refers to Bourbon & Branch as a boutique venue.

“It’s an open forum,” Altman said. “It’s open to anyone. We try to build a community, a place where people can help each other out.”

Altman employs a DIY business model to Bourbon & Branch, encouraging bands that are billed together to communicate with each other regarding equipment. The price of admission can vary but during the week, the average cost of a ticket is $6. On the weekends it can go up to $10. 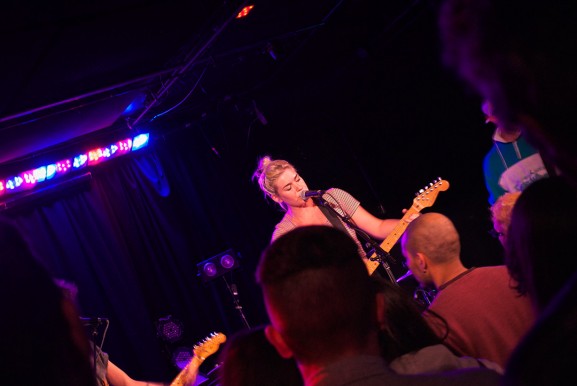 The venue is open to all genres of music.

“We get everything from death metal bands- that are spitting real pig’s blood on the audience,” said McCarthy, “to the sweetest singer songwriter.”

Like a true artist hub, the staff is made up of artists and musicians. Even the man checking tickets at the door played drums for Moby from 1995 to 2006, according to McCarthy. 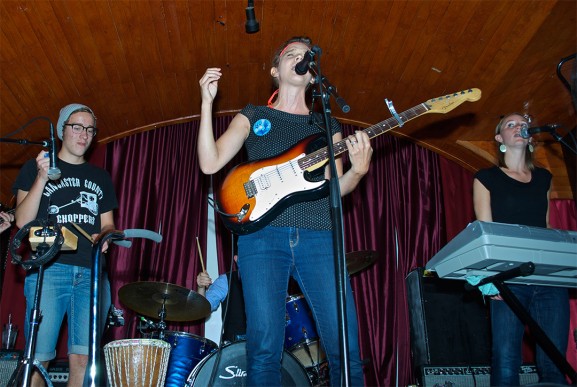 Kung Fu Necktie may be Fishtown’s haven for punks and metalheads but exclusivity is not strictly enforced. It is a venue for musicians, staffed by musicians. The staff is composed almost entirely of touring musicians, which booking agent David Kiss knows can be financially difficult. So, should they go on tour, the venue will hold their job for when they return. Getting booked at Kung Fu Necktie is easy. All a band has to do is reach out to the venue.

“If I really like a band, I’ll want to give them exposure,” Kiss said.

– Text and images by Matt Jobs and Christopher Wirth.

The Lancaster Avenue corridor in West Philadelphia is  home to many small businesses, including ethnic restaurants, specifically Korean and Jamaican. While these restaurants may not look like the jazziest places to dine from the outside, local [continue reading…]

https://vimeo.com/87647105] “Sometimes you want to go where everybody knows your name,” Gary Portony sang for the popular ’80s TV show “Cheers.” That’s the feeling some customers get the second they walk through the doors of [continue reading…]

Lancaster Mews, a row of apartments and businesses on the 3600 block of Lancaster Avenue will keep its 19th century architecture after a city commission ruled on its importance. Last month, sites around the city were [continue reading…]