Dana Lambie has been a Mayfair resident her whole life. She is actively involved in the community, serving as co-chair of Friends of Mayfair Memorial Playground, as well as serving on the boards of various community organizations, like Community Care of the Northeast. Her family also owns Lambie Funeral Home. Philadelphia Neighborhoods spoke with Lambie to find out what motivated her to become so involved.

How did you get to become so involved in the community and the Mayfair Memorial Playground?

It started back when my oldest son was two years old. I would take him to the park for fresh air and exercise. One day we walked there and it was gone. There was no warning.

Later my son also played T-ball at the Lansing Knights Youth Organization. So I went there one day and [Rep.] John Perzel was getting and award. I saw him talking to Melinda Mulvenna, and overheard her asking about the playground and if he could help bring it back. I told her that I would do anything to help her get it back. A few weeks later, she called me. Since then, it’s been the two of us figuring our how to get the playground back.

We fundraised. We named ourselves Friends of the Mayfair Memorial Playground. We got hooked up with Kaboom, a nonprofit organization that helps put playgrounds in neighborhoods. At that point, all we need was a sponsor. Then Giant supermarket opened up in the neighborhood, wanting to do something in the community. They were eager to help.

We all live in the neighborhood. We all have full time jobs and families. And we are all very passionate about the playground, so we volunteer.

What role do you think organizations like the Mayfair Civic Association and Mayfair Community Development Corporation play in the area?

Frankfurt Avenue used to be the shopping center for everyone in the neighborhood. It’s kind of gotten away. So they’re trying to bring that back. 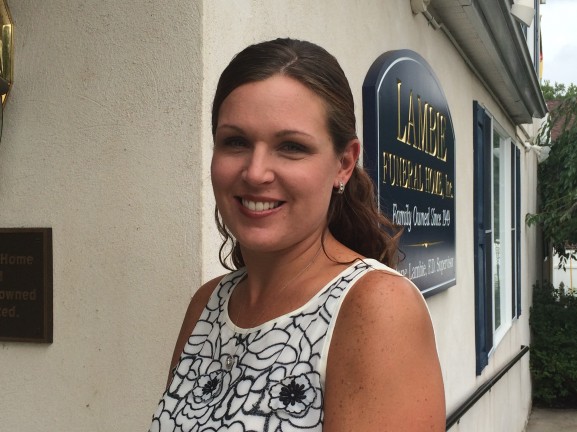 What are some improvements you’ve seen in Mayfair?

Other than the playground, they opened that farmers market and I love it. Every third Thursday they have vendors and music. It’s a really nice community event and they always have a nice turnout. We have some really good restaurants that just opened.

The CDC is out there cleaning. Almost every day some of the members are out there cleaning, weeding and mowing. They brought back the music in Pennypack Park, which is nice. They’re trying to make it more community oriented and family oriented.

What do you consider to be challenges in the area?

I just wish I could change the negativity of some people. Even though we get positive feedback about what’s being done in the community, there are still some people that complain. I wish more people were aware of the hard work that we put into the community. I want people to take pride in their community.

Some things have changed where there is some crime but I feel safe. We don’t have enough police presence in our area. But they started a town watch and that helps.

How do you balance being so active in the community and all your other responsibilities?

It’s hard work. But it’s a balance. My boys are 10 and 7, so they’re in school now. Fortunately my husband is flexible about letting me run here and there. I try to get my funeral work done first. Then I send emails out for the playground and other organizations. As a parent, I have to mentally make time for the children. So when the boys are done with school, I make sure I am able to go to they’re activities. Then when they go to bed, I go back to work.

– Text and images by Lynette Townes and Clifford Augustin.