During his 19 years in the Philadelphia School District, Richard Kydd always wanted his students to feel open asking questions in class. Now as a science teacher for veterans at the University of Pennsylvania, he said nothing’s changed.

“There have been a lot of science teachers that didn’t answer questions,” said Kydd, who joined Veterans Upward Bound, a pre-college education program for veterans, at the start of the fall semester. “The questions never went away, so I have veterans who still have those questions from high school science that never got answered.” 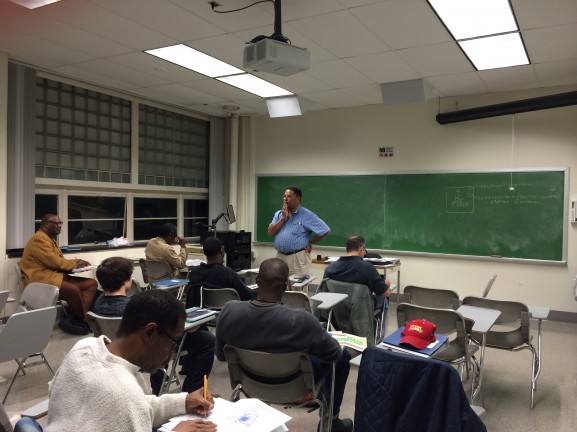 Kydd, 64 of Elkins Park, is the son of a Tuskegee Airman, B-25 pilot George H. Kydd. The Tuskegee Airmen were a group of African-American military pilots who served during World War II. Kydd said his father and his comrades were initially told they were unfit to be pilots because they were black.

Kydd is the Vice President of Tuskegee Airmen of Philadelphia, an organization that preserves the legacy of the military group. When Kydd spoke at the VUB graduation in August, he asked Diane Sandefur, VUB’s director, how he could get involved. Sandefur told him they already had a science teacher but that she would keep him in mind.

However, at the beginning of the semester, that instructor had to resign – and Kydd was the first person Sandefur called.

“I said, ‘Well OK, here’s Richard’s chance,” Sandefur said. “It could not have worked out any better.”

Kydd said it was a perfect opportunity to get in front of the classroom again while helping those who have served. His class, simply titled “Science,” is a night class every Monday and Wednesday on Penn’s campus. 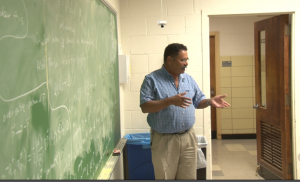 Kydd was born in Columbus, Ohio and moved to Philadelphia in the early ‘50s as a child with his family. A job at Kodak as a chemist landed him in Rochester, New York before he transferred to the company’s sales department and returned to the Philadelphia area. When Kodak hit hard times and downsized in 1994, Kydd was let go. He began working toward his substitute teaching degree and within months was placed in Germantown.

While he’s only been with Veterans Upward Bound for about two months, Kydd said he loves his new job. His students are enjoying having him, too.

“He’s very good,” said Sam Ayoub, a student of Kydd’s and a Marines veteran. “He has a lot of experience.”

He’s been adjusting the syllabus as he goes and makes a “Points of Exploration” list on the chalkboard for any topics of discussion that need a little more research. He said he snaps a photo of the list on his iPhone, does research at home and shares what he finds with the class. Even if it’s off-topic, he does his best to help students who have a question. One student’s son who sits in on class with her asked Kydd a question about astronomy and Kydd brought a star locater chart to class for him.

“It feels good to be able to create an environment where they feel comfortable enough to ask questions,” Kydd said. “They may be off topic, but I’ll give it some amount of time.” 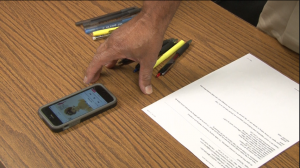 Kydd’s personal mantra is positivity. When he feels like he’s faced with a challenge, he said he looks to lessons from the Tuskegee Airmen.

“I know that if I come up with a particularly tough challenge – a task that seems insurmountable, I just don’t know how I’m going to get through it,” Kydd said, “I just think back to the fact that there’s probably nothing in my life that would make me go through the types of challenges that the Tuskegee airman had.”

Kydd’s father had first-hand experience with some of those challenges. When a commanding officer mandated that every serviceman sign a waiver agreeing to segregated living quarters, George H. Kydd was one of the men who refused and was arrested, known as the Freeman Field Mutiny. Kydd said he found a letter his father penned writing away for legal counsel.

“Growing up, I knew he was a Tuskegee Airman,” Kydd said. “I knew he had been arrested. But it wasn’t until after he passed that I started to come up with all kinds of questions.”

Kydd’s thirst for knowledge is reflected in his passion for teaching. Sandefur said his fervor for wanting to help veterans was clear.

“It’s like using part of your soul to make a difference,” Sandefur recalled hearing from Kydd. “I said, ‘Right. It’s spiritual.’” 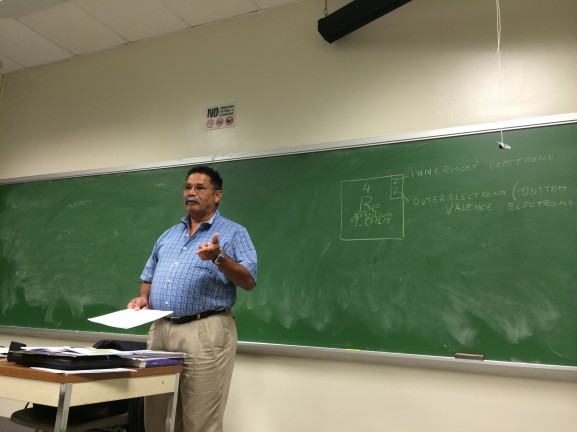 – Text, video and images by Nic Cutrona and Jenelle Janci.

April 23, 2018 Means George Arts and Entertainment, How To, West Philadelphia  0

Improv comedy is a relatively new art form in which many of its performers advocate the benefits which extend far beyond the stage. The National Alliance on Mental Illness indicates that one in five American [Read More]

In line with its dedication to combat city hunger and promote nutrition, Solid Rock United Methodist Church will host its Harvest Festival on Oct. 25. The event, from 4:30 to 7 p.m., will feature free [Read More]

Bike commuting in Philadelphia has grown more than 200 percent over the past 25 years. And while Philadelphia continues to lead the top 10 largest cities in bike commuters, it has fallen behind other major cities in [Read More]