James Dupree, owner of Dupree Studios, has been making and displaying art in his studio – a refurbished auto shop – for nine years, piling in vibrant paintings of subjects including political pieces, cityscapes and prominent cultural figures like President Barack Obama and Jimi Hendrix.

Dupree had a studio in South Philadelphia for about 20 years, but he moved to Mantua for a better location and more space. Now, the city wants to put a grocery store in place of Dupree’s studio.

City Council’s approval of the Philadelphia Redevelopment Authority’s (PRA) claim to the land under the Pennsylvania Eminent Domain code threatens one of the biggest parcels of land dedicated to art in Mantua. The city’s claim to the land hinges on the fact that Mantua is a food desert, which means the community lacks access to grocery stores with fresh, affordable food. Dupree argues the city can’t take his property for private use. 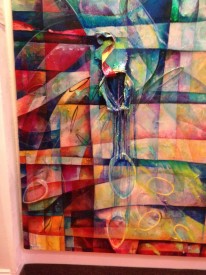 The space was originally a car garage. Dupree started with all open space and built upon it. He built walls dividing the space, second floors, and fixed the roof. In essence, he created a livable art studio.

This did not come without difficulty. After the plumbing took 80 percent of his budget, he has been using all the proceeds from his art to build, never stopping the endless construction on the building.

“When I found this place, I loved it within three seconds of walking into the building,” Dupree said. “Everything I own is in this building, every nickel and dime I get.”

The offer Dupree received from the city stands at $640,000, he said, while the estimated market value given when he got the studio appraised himself was $2.2 million.

“To offer me fair market value at the lowest price, using a law of blight from 35 years ago, is absolutely incredible, and from my vantage point, insane,” Dupree said.

Councilwoman Jannie Blackwell, who represents the neighborhood, said multiple supermarket companies are interested in the property, but the impasse with Dupree has put everything on hold. City Council members are working hard to resolve the problem, specifically by trying to find a comparable space to offer Dupree and an appropriate monetary offer for his land, Blackwell said.

Meanwhile, Dupree is striving to be more open to the community to show his studio’s value, by opening gallery hours on Thursday and by appointment. He also brings people from across the country to Mantua by offering his studio on Airbnb. Recently Alex Revson, a graphic designer, visited from Connecticut through Airbnb.

Revson said that while he knows this is off the beaten path, it is not to be missed. Dupree is bringing people here and introducing them to an otherwise avoided neighborhood, he said.

“It is really not the place you want to be walking around at two o’clock at night,” said Revson. “But definitely talking to James, being able to meet some of the neighbors that are around here … James has made the whole stay in this area that much more welcoming,” 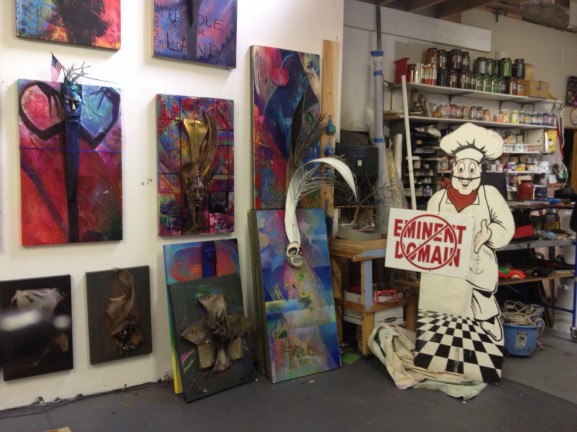 Dupree’s daughter, Gia Dupree, who is intricately involved in the fight, said she thinks there is some good that comes out of it.

“There has been a unifying and enlightening factor that has come out of this situation,” said Gia Dupree. “The egregious abuse of eminent domain in this case has sparked major concerns about the moral fortitude of the PRA, City Council and gentrification, concerns that may have gone unsought if Dupree Studios was not targeted. In this sense, Dupree Studios has really unified and enlightened many neighbors about the future identity of Mantua and its residents.”

Morgan’s Pier is entering its third summertime season since its grand opening in April 2012. The popular waterfront bar, restaurant and music venue has experienced significant success in its first two summers and has even [continue reading…]

After a trip to Legacy Youth Tennis and Education last year, Eric Worley had a vision. Joined by Legacy’s president and CEO Kenny Holdsman (above), Worley walked the halls of the East Falls complex and was impressed by the programs and [continue reading…]