Four University of Pennsylvania students took the year off to promote their mobile application. Michael Powell, Matt Wojcieszek, Adam Elkassas and Arjun Raj Jain all have taken the year off to launch their app, Down to Chill.

“Down to Chill simply put is a way to see when your friends are free and a way to choose which friends you want to hang out without having to text them first,” said Michael Powell, 20, chief of operations for Down to Chill.

Users can connect the app to their Facebook and then set up a time that they are “down to chill.” Users are matched up based on proximity, availability, and their use of hashtags (such as #lunch or #drinking). Currently, the application has around 400 users. 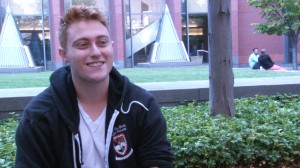 The company has three engineers and three Wharton students (two of them with dual degrees in engineering and business).  They all agreed that the decision to leave Penn for a year wasn’t difficult.

“It was an easy decision for me because I have always wanted to do my own thing,” said Adam Elkassas, 20, co-founder and programmer. “I felt that school was holding me back with the heavy time devotion that classes required.”

Powell agreed that by placing Down to Chill on the backburner while in school would not benefit either the application or his education.

“We can’t half-ass two things and get okay results out of both,” said Powell. “Not do great in school because we are doing a startup and not do our startup all the way because we are still in school, so we should really focus on one. We may as well take a year off and see what we can do with it.” 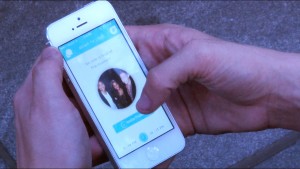 They plan to use their time promoting the application to clubs, teams, fraternities and sororities on Penn’s campus. Eventually, they want to branch away from Penn and go to other colleges, attend music festivals and go to other cities in the country. They also wanted to take the time to develop their online presence.

A few weeks ago, Down to Chill launched the start of their viral campaign with all the founders staring in a YouTube video.

“In reality, we have to start spreading to the people who don’t know us as Matt, Michael, Arjun or Adam, but know us as Down to Chill,” said Powell. “We need to spread as a company and not as an individual. We are aiming towards that corporate infrastructure that will allow us to spread.”

Gamification, a relatively new term, has become a topic of much discussion when it comes to the meaning of the word and its existence outside of video games. This idea of gamification is loosely defined […]

https://vimeo.com/80000691] As one of the oldest schools in Philadelphia, Northeast High School is used to change. In 2010, the school decided to completely overhaul the Advanced Placement program with the hopes of improving student participation […]

The 19th Baptist Street Church reached a crisis point in September of 2011. Hurricane Irene and a small earthquake dislodged much of the exterior masonry and threatened the structural integrity of the building, located at 1235 […]