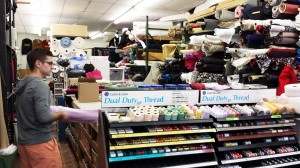 Business owners on South Fourth Street have been actively working with the Headhouse District on an ongoing streetscape project. Located between South and Catherine Streets, the area is well-known as Historic Fabric Row. It became a hot spot for Jewish immigrants in the early 1900s who made a living by selling textiles. As businesses became successful after World War II, many made the decision to leave the area and move to the suburbs. Although Fourth Street is still a vibrant community and a popular consumer destination for the fabric industry, the plain landscape poorly represents the colorful history the street contains.

Michael E. Harris, executive director of the South Street District and head of the reconstruction project, had proposed his ideas to the 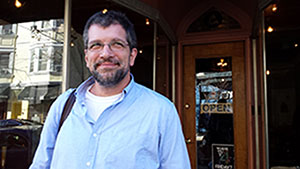 Community Design Collaborative (CDC) team and began working with them two years ago. One of many complaints from community members was the lack of street lights. Shops were missing an appeal factor to attract consumers, as they were desperately in need of outside lighting among other things. Other improvements requested were installing parking meters, street signs, benches, sidewalks and greenery, but working with little space has been a common issue.

Harris also explained the team faced a major challenge last year when a fire burned down a couple businesses, including one of their oldest fabric store, Jack B. Fabrics and a boutique called Moon and Arrow.

“The fire was a tragic incident but the good thing that came out of it was how we didn’t see people flying off of Fourth Street, in fact we saw people staying in tact and continuing their businesses at temporary locations, because they are so dedicated to the location,” said Harris. Moon and Arrow recently moved into their newly built building and Jack B. Fabrics is expected to move back to their original location soon. 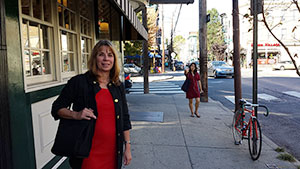 Many fabric and clothing shops had gone through remodeling, but some have yet to be completed. Kathryn Dethier, a freelance designer was able to collaborate with many stores and redesign the look of their shops. She focused on repairing old rusty windows and torn roofs, replacing them to classic modernized pieces, as some buildings were over 100 years old. Dethier also used business cards to determine the paint colors for each store. She recently completed designs for the new Moon and Arrow building, Paradigm Art Gallery and Digital Ferret Music.

Although Harris and his team started this project a couple years ago, there is still much to be done. He believes by adding street amenities and remodeling buildings without losing its historical charm, will be the ultimate answer in attracting more people and representing Historic Fabric Row.

– Text and images by Amanda Kim.

In an alley on Percy Street, just a few blocks away from Pat’s King of Steaks and Geno’s Steaks, a mural attracts events such as music video tapings, parties and even church revivals. The Electric [continue reading…]