Tucked away on Frankford Avenue, there is a movement growing where girls can tune their guitars as well as tune up their girl power.

Girls Rock Philly is the neighborhood spot where girls, ages 9 to 18, not only can gain knowledge in music education, but also learn community, teamwork and girl empowerment in confines of music.

Forming Girls Rock bands allows the young musicians to write and perform their original work, as well as play and explore their music prowess with everyone within the program.

“It’s an organization also dedicated to using music and relationship building as a means towards social change,” said Diane Foglizzo, Program Director. “Not only is it about serving young people, but we have adult programming as well and it’s about building relationships between young women and adults.” 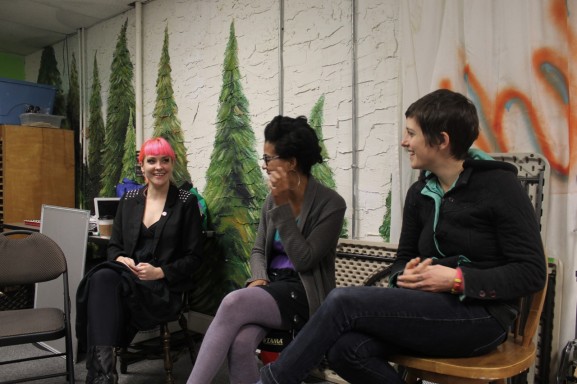 With the formation of bands and the use of the term “rock” in the organization’s name, it could be misconstrued that the focus of musical style at GRP is limited to alternative or offshoots of the rock music genre. However, Marquita Frisby, 18, a longtime member of GRP says it’s quite the opposite.

“In my band, we just like to play around with different types of music,” Frisby said. “I like a lot of music and I know a lot of people say they don’t like country, but I like some country artists because a lot of times it doesn’t sound like country.”

Though Girls Rock Philly is aimed toward empowering young women to express themselves through music and become open minded to take chances, Foglizzo finds that the true issue lies in the lack of arts and music education in schools.

“Although, we are open to girls all over the city, we do want to be a safe space for kids from this area because this is where we’re based and there aren’t a ton of afterschool programs in this area, so this is where we want to be,” Foglizzo said.

A vital component that contributes to the structure of GRP is the student to teacher ratio, where about two students are to one teacher, to promote mentoring and community building through this interaction.

At GRP, mentors encourage their students to walk through the door everyday, open to learning something they do not already know, with their motto being “don’t be a bagel, be a croissant,” a mantra usually recited at the beginning of each band session.

While the sole promotion is in advocating musical performance for young females, what about the boys? This pandemic of arts and music education program cuts is not a gender-biased issue, so why does GRP only focus on girls?

“In the context of music, young boys and men in general are often encouraged to play loud instruments and to be in a band,” Foglizzo said. “I think girls are generally not encouraged to play the guitar, the bass, the drums and to start bands with other girls.”

GRP would also not be where it is without the passion and teachings of their devoted volunteers.

Ali Zych, a women’s studies major at Temple University, feels as though she has found a place for her to connect with girls and the mission.

“I came to a volunteer meeting over here over the summer and I just fit in really well,” Zych said. “I just loved the space and it was so creative and I miss being here when I’m not here.” 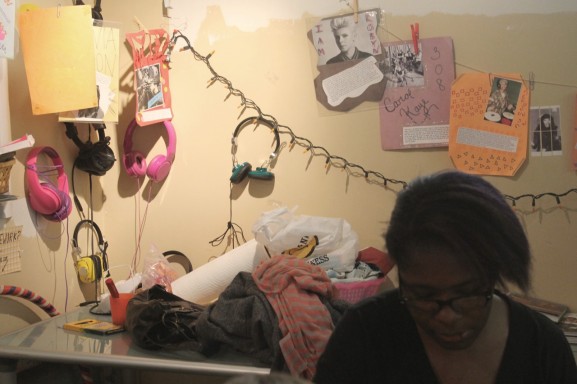 While GRP has made their mark in the City of Brotherly Love, the organization is also a part of the Girls Rock Camp Alliance, an international web of similar organizations with the same mission in providing girl empowerment through music education.

“I am actually on the board of directors of the Girls Rock National Alliance and we put on an annual conference every year for organizers all over the world to just come together and meet up and share ideas,” Foglizzo said. “We talk about what kind of things we are working on, challenges we’re facing and the board also meets at one other time during the year to connect and get some work done for the international organization.”

Other organizations involved in this alliance can be found all over the world including Canada, Europe, Brazil and Japan.

Strumming guitars and practicing basic rock beats on the kick drum are nothing compared to the bonds between the mentors and girls, as well as among the girls involved in the program. Fishtown has its own taste, or sound, of girl power and it is a sound to notice, respect and rock out to.

In the near future East Palmer Street will see a new dog park right next to Shissler Recreation Center.  Dog owners in Fishtown consider this new facility “a welcome addition.” Volunteers gathered recently to plant […]

The Mayfair Community Development Corporation and the Allegheny Iron and Metal Corporation have joined together to revitalize Mayfair. The specifics of the deal will be explained to the public on April 21 at the debut of […]

When pharmacist Kris Hunsicker opened Fishtown Pharmacy on April 1, he was not only excited to have his own business but also to be welcomed by the local residents. “I rehabbed the property myself, so I […]