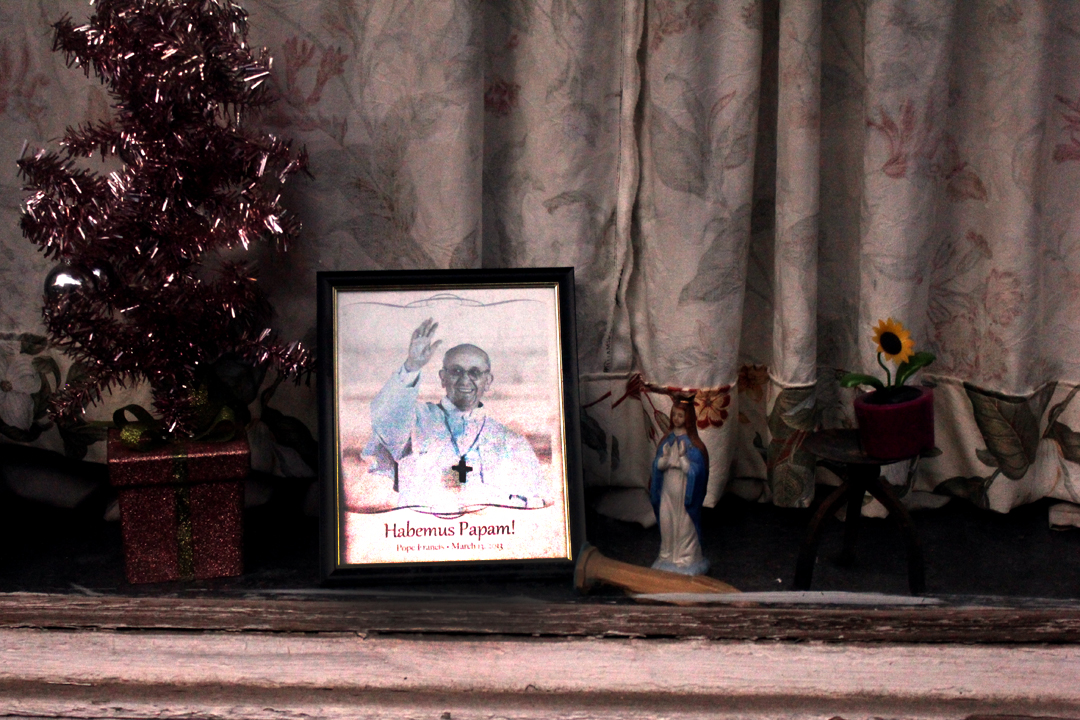 The Pope seen on display in a South Philly home

According to the Welcoming Center for New Pennsylvanians, the top five countries of origin for the state’s foreign-born population in 1970 were Italy, Germany, USSR/Russia, Poland and England. In 2009, the top five countries of origin were India, Mexico, China, Vietnam and Dominican Republic. This change in also reflected in Philadelphia, and South Philly especially, where the Latino and Asian immigrant populations are rising. 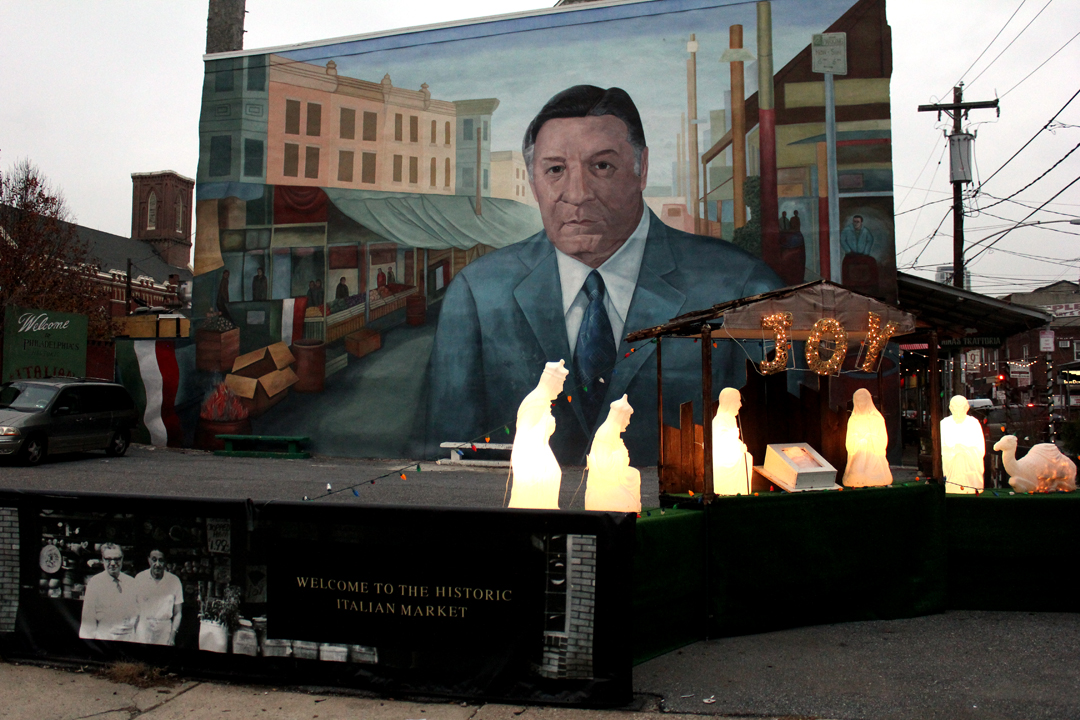 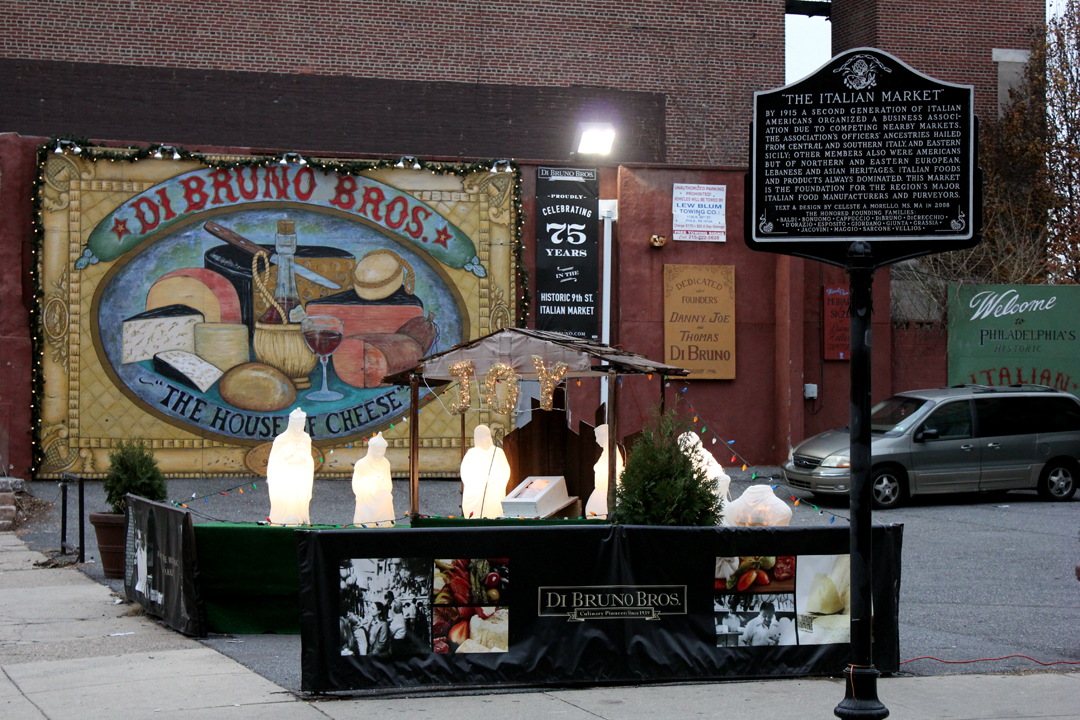 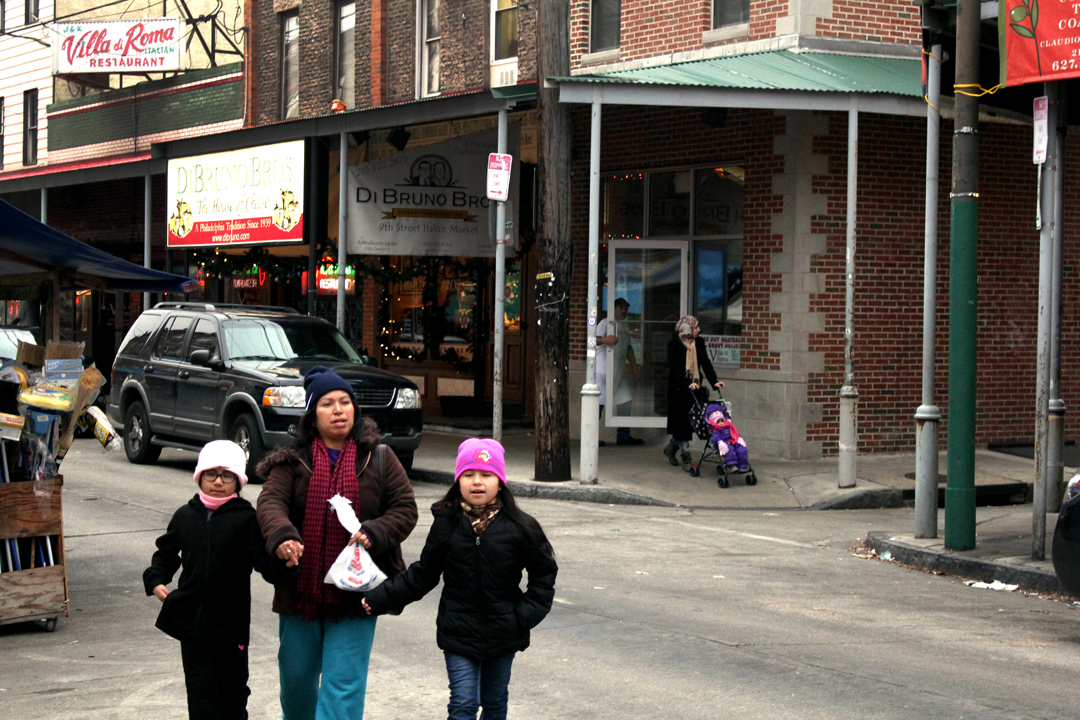 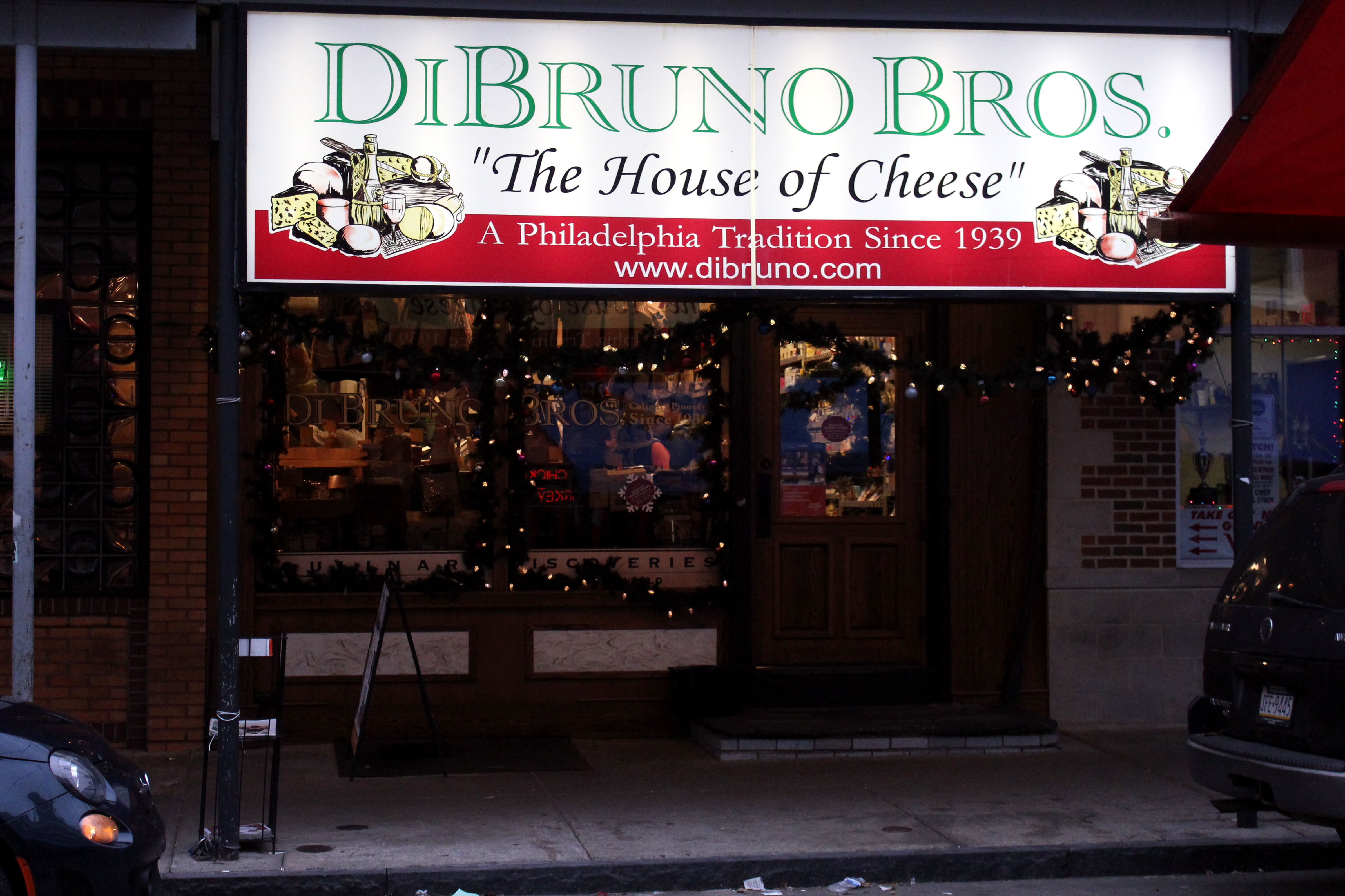 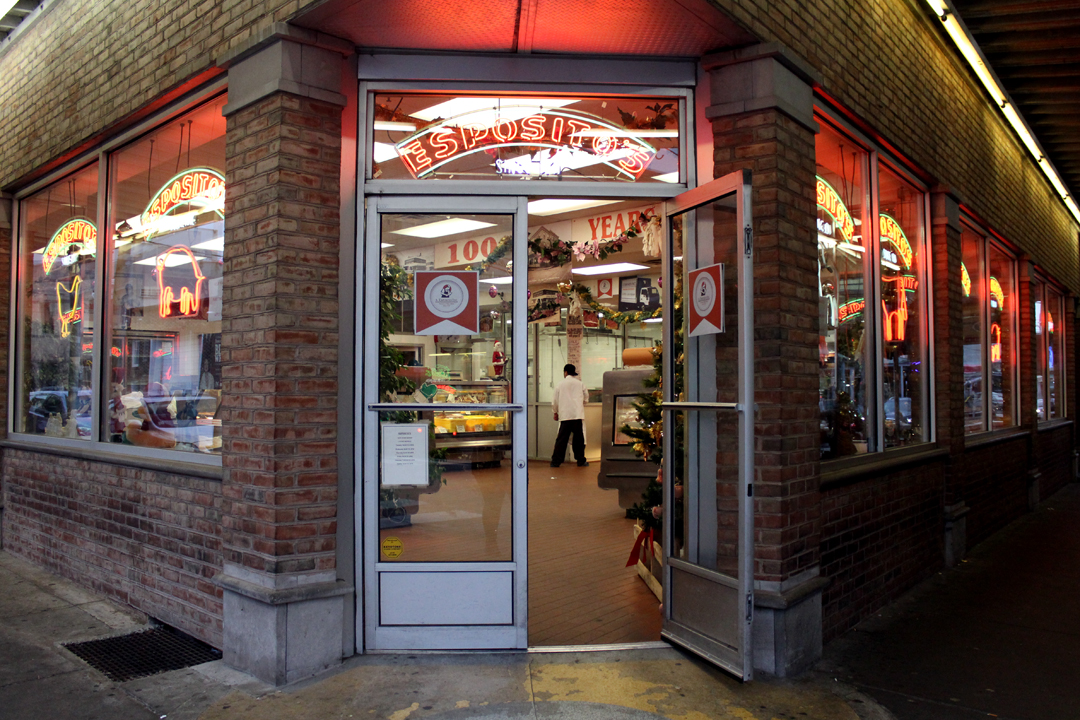 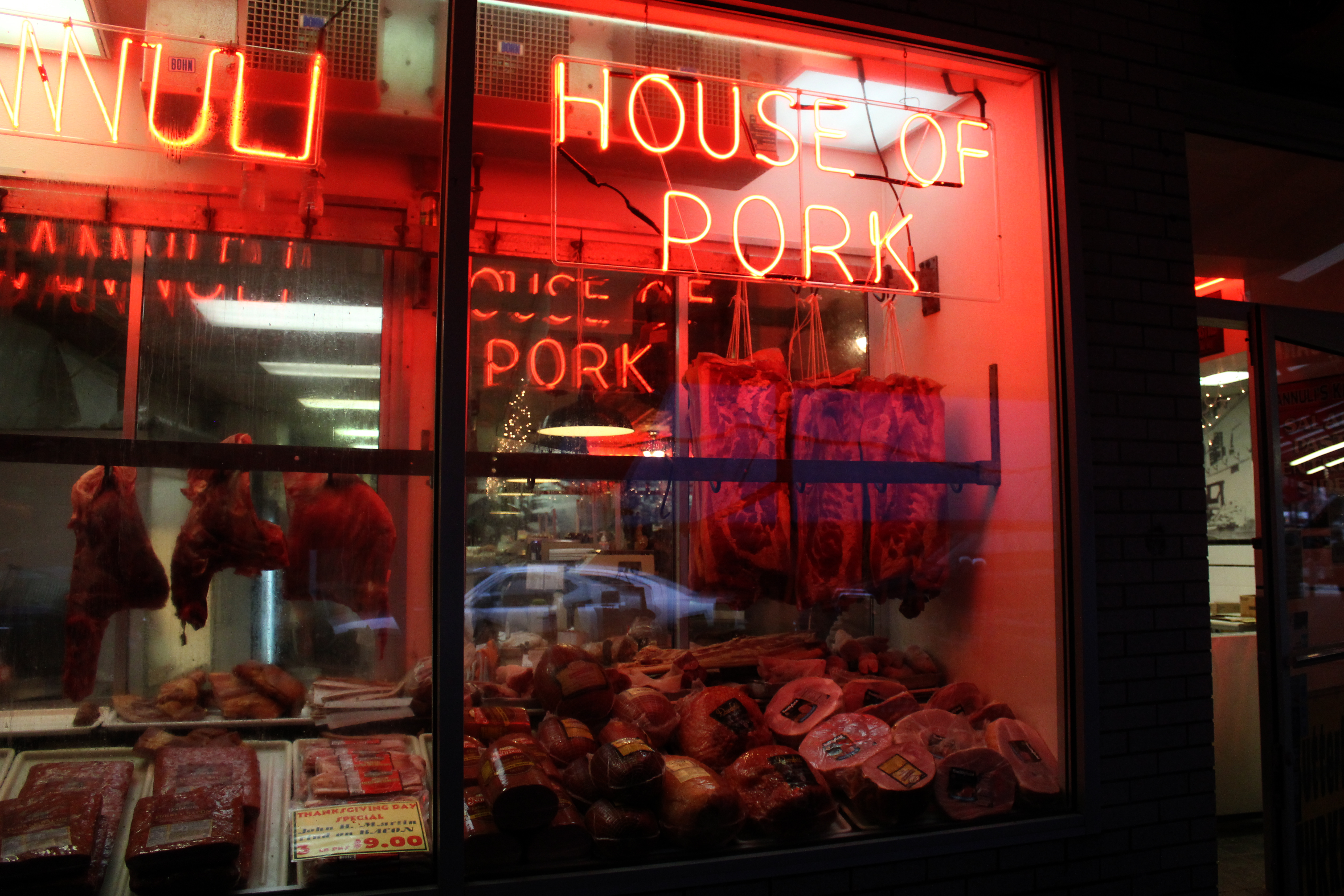 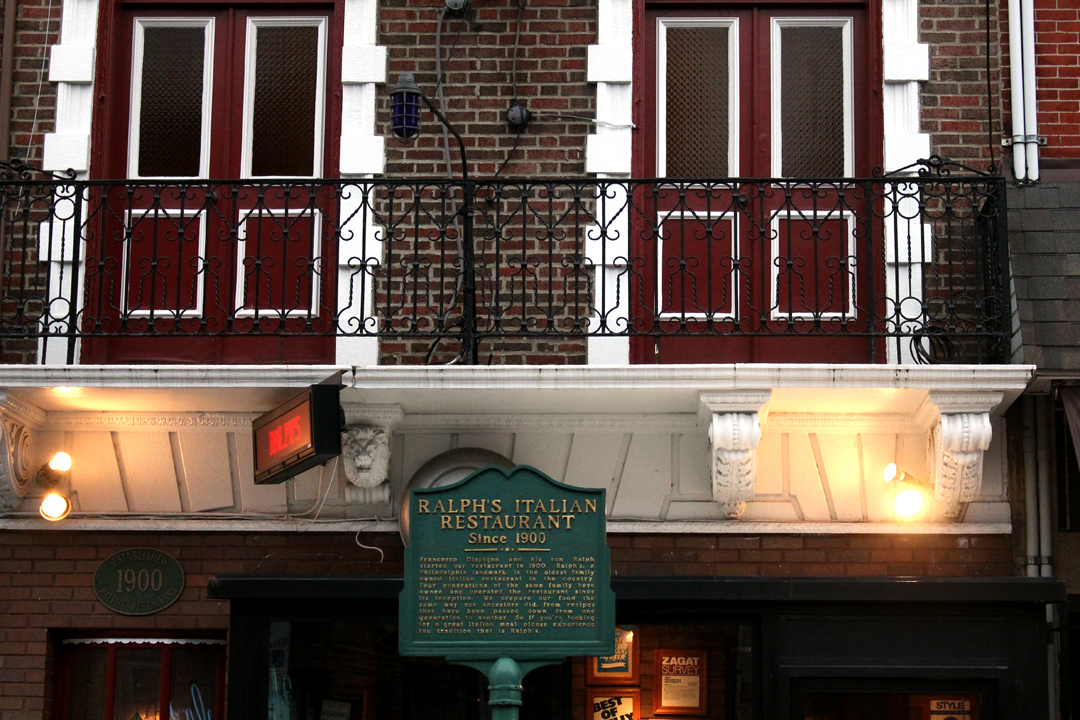 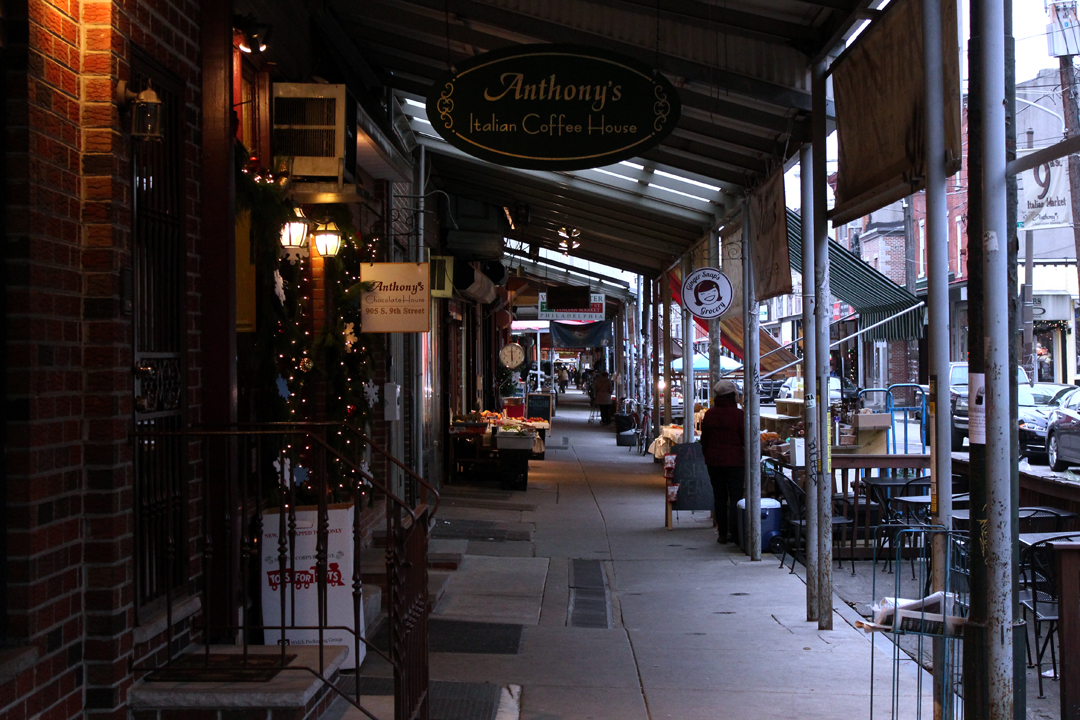 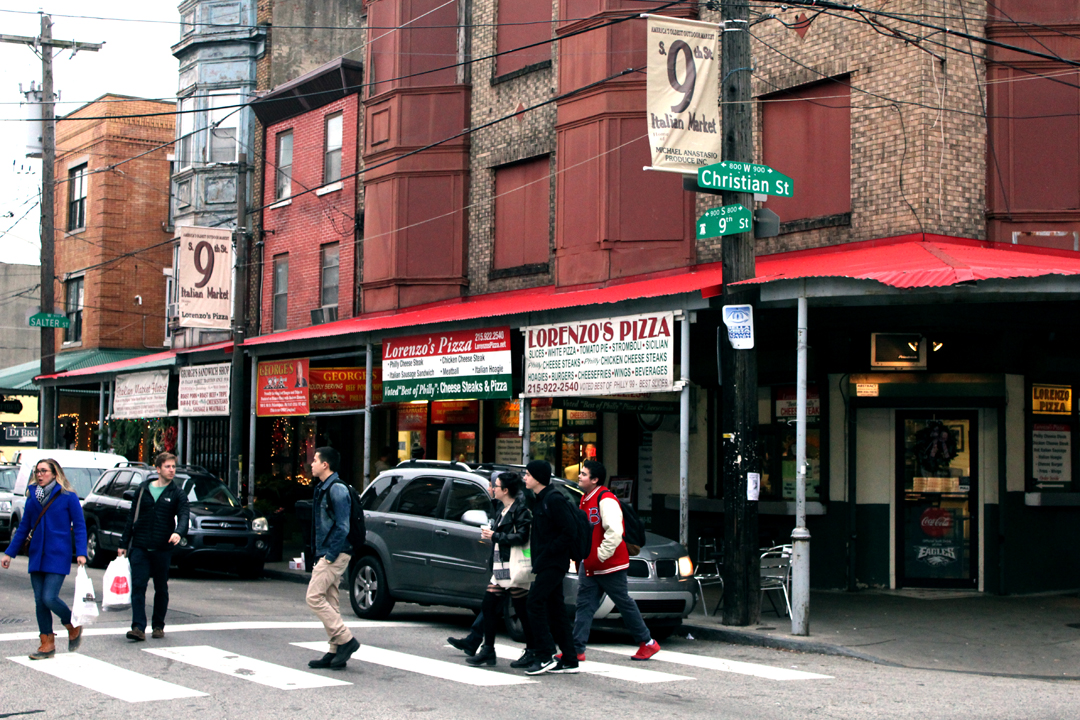 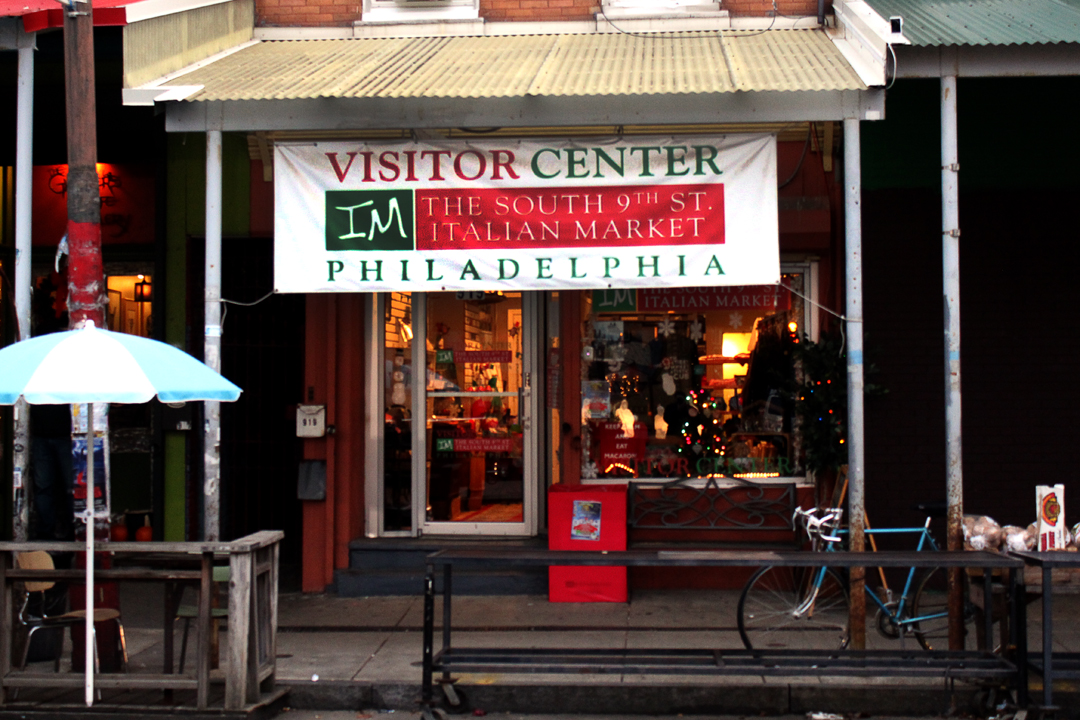 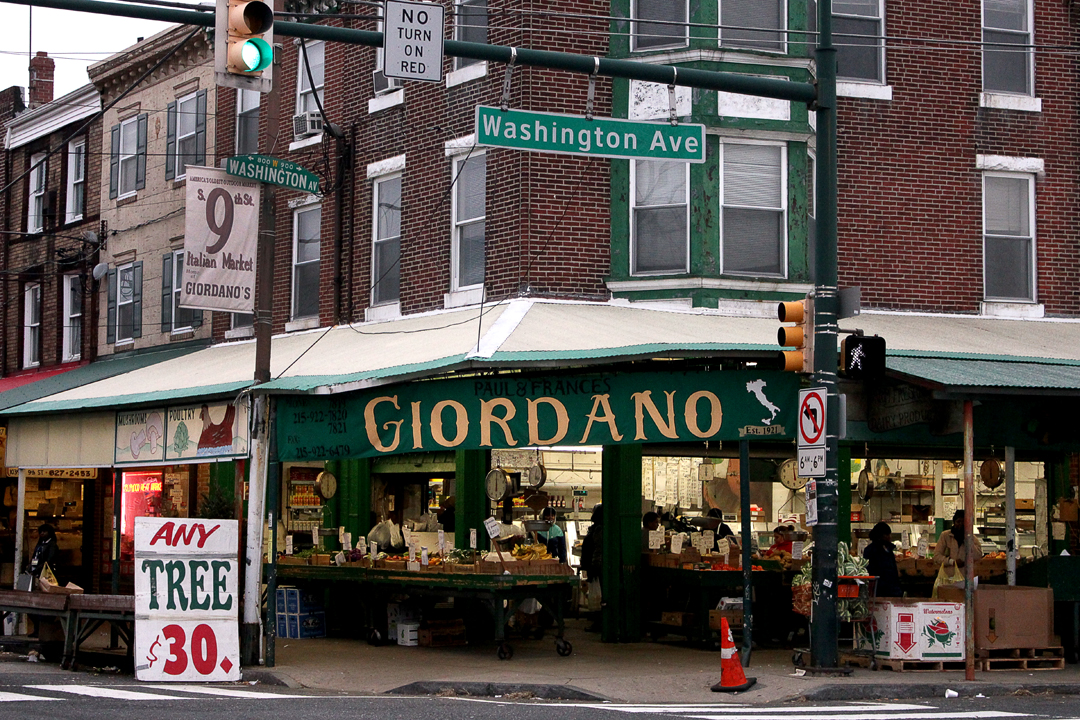 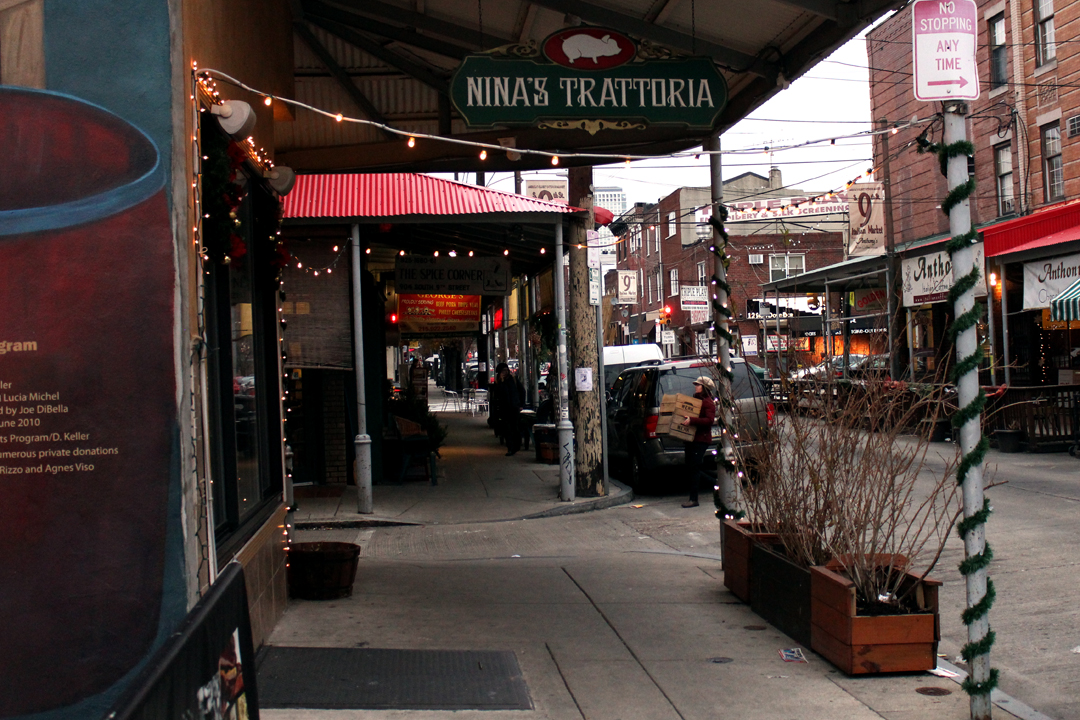 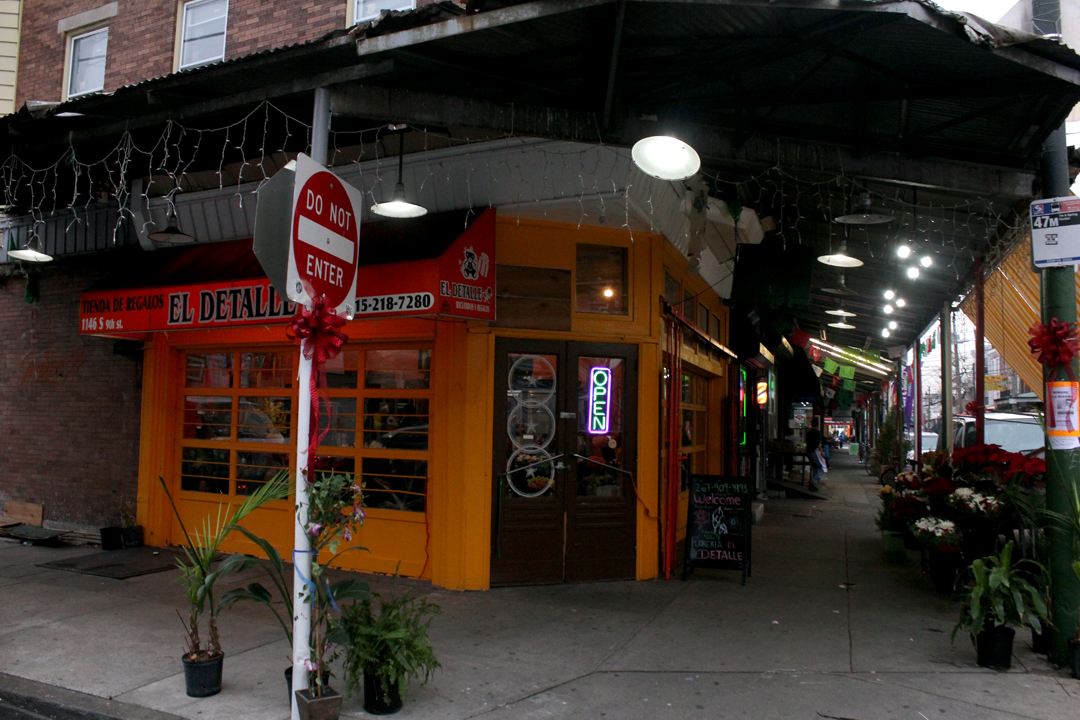 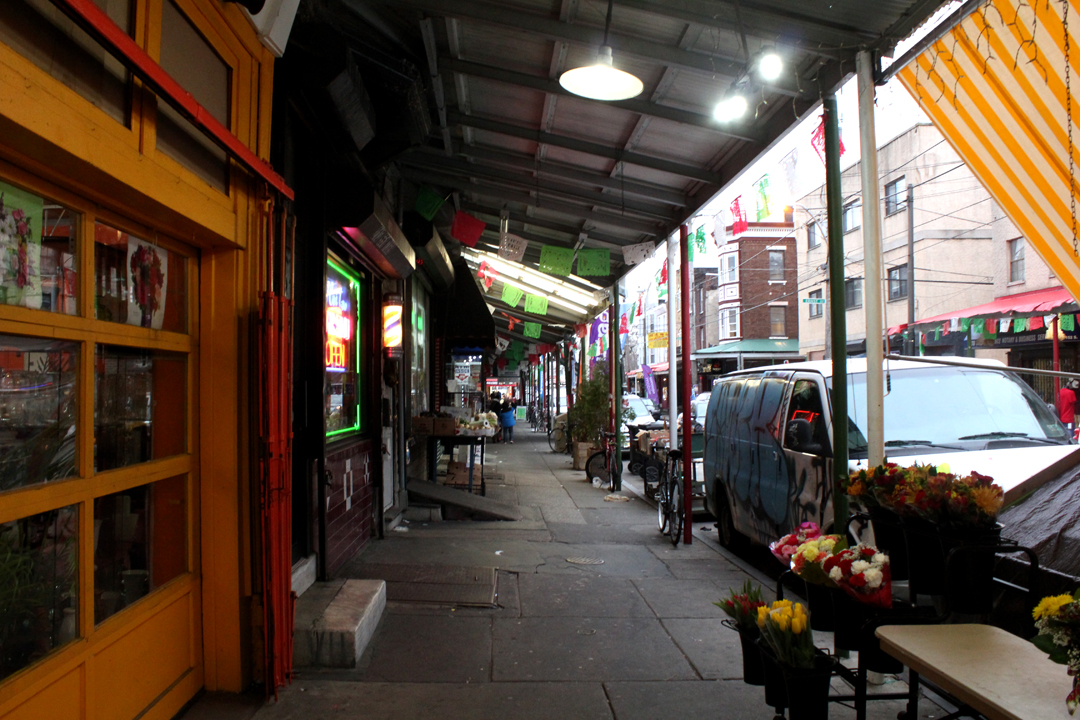 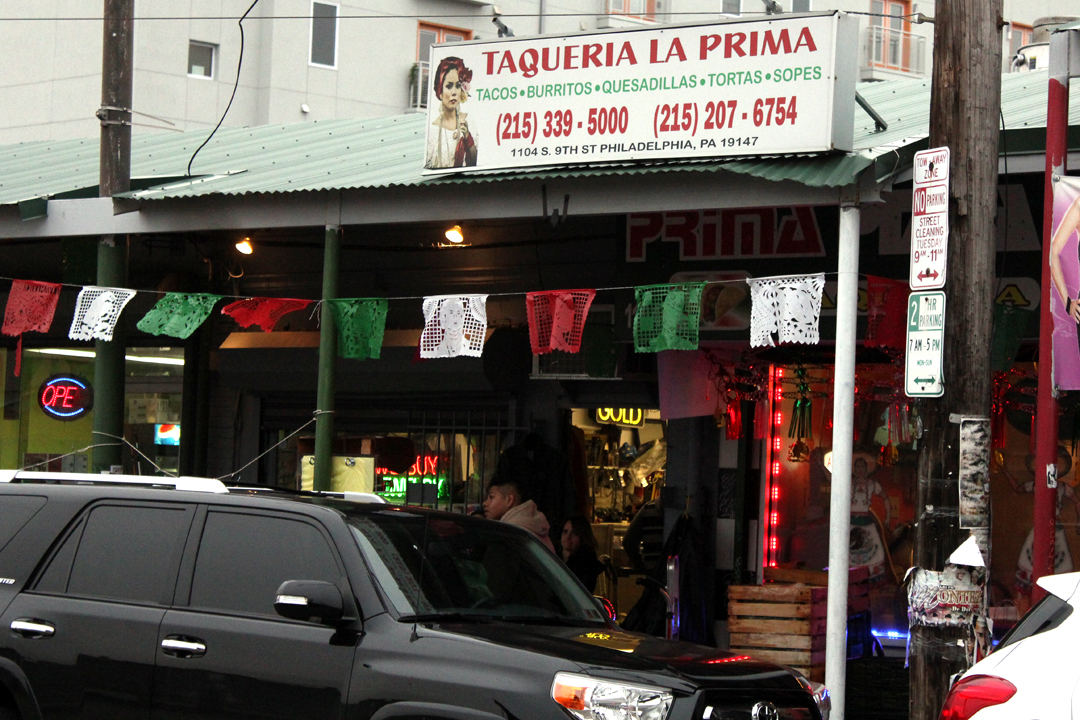 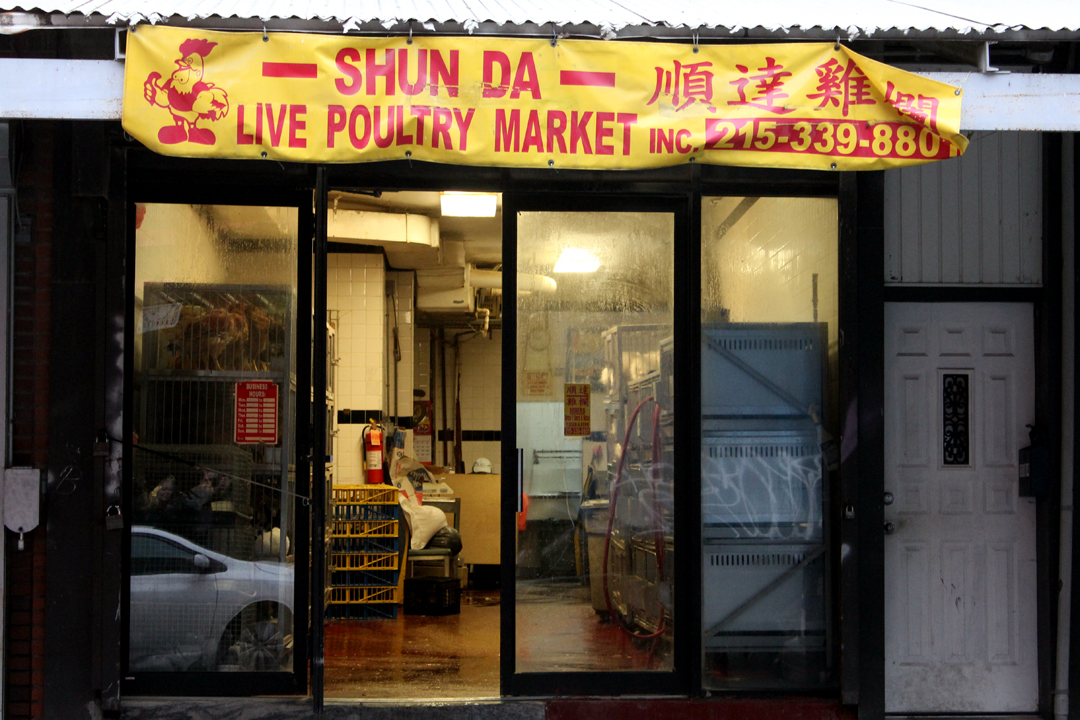 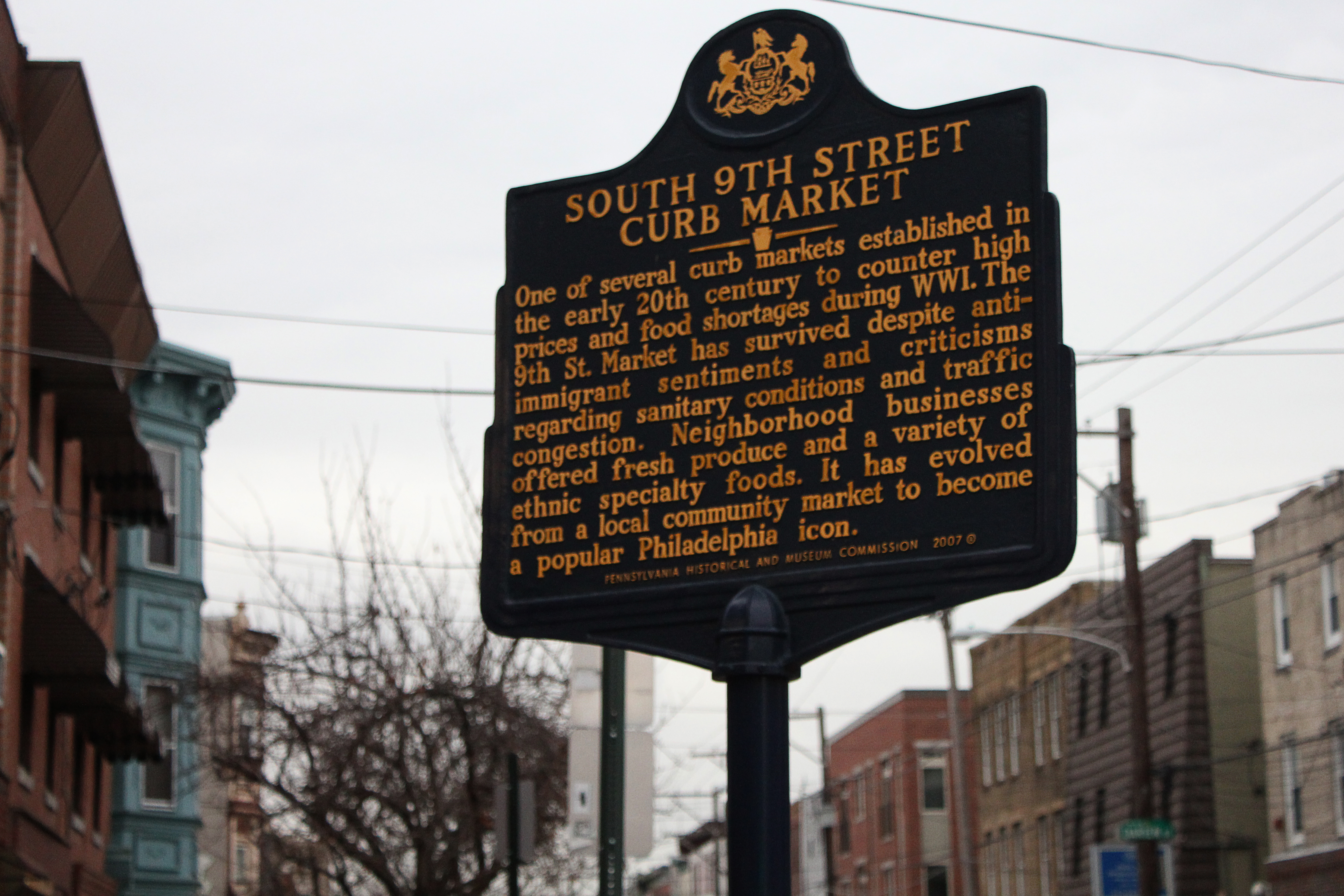 The Welcoming Center’s 2005 report, which largely utilized data collected from the 2000 United States census, shows that in the past 10 to 20 years, South Philadelphia experienced increases in Asian immigrants from countries like Vietnam, Cambodia, China and Indonesia. The growth in the Hispanic immigrant population has been most noticeable in parts of South Philadelphia west of Broad Street.

Even with the recent influx of non-European immigrants, the most common immigrant populations associated with the South Philadelphia area still remain the Irish and Italian communities. Their stamp on the area can be seen down near Second Street and Washington Avenue, where the Mummers Museum symbolizes their cultural involvement. The Welcoming Center’s 2005 report mentions that these communities have historically been involved with the Roman Catholic church in the city. 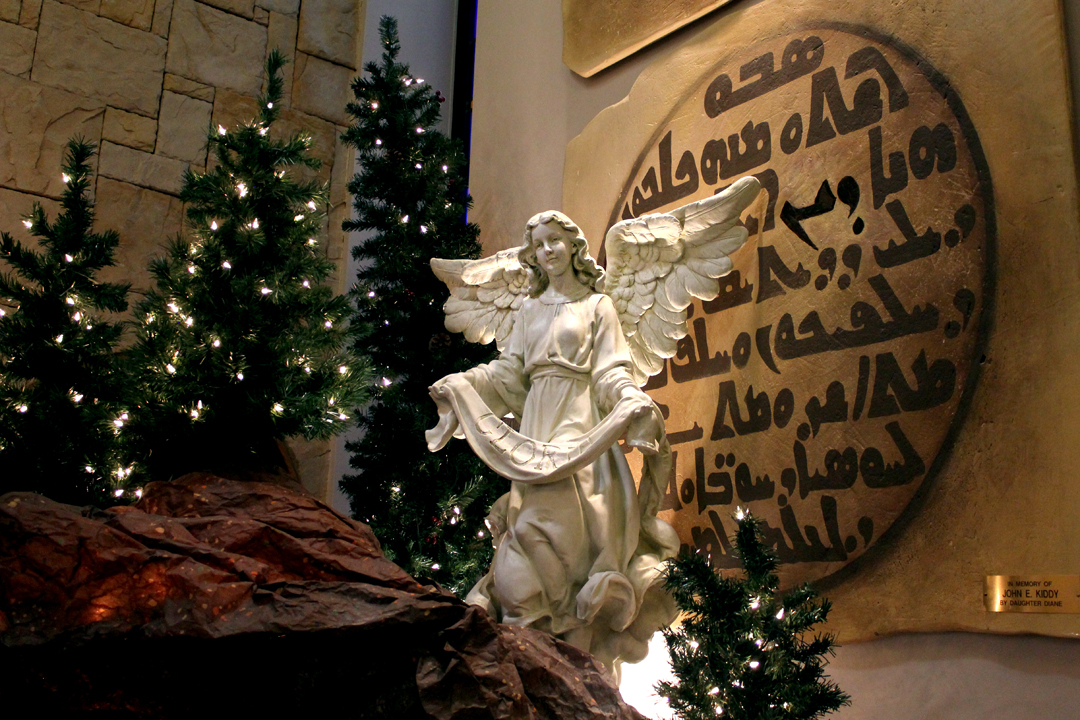 A 2008 Brookings Institution report states that Philadelphia has re-emerged “as an immigrant gateway.” The Brookings findings suggests that closer to the Bella Vista area in South Philly, a long history of Eastern European immigration is not as apparent. Jewish immigrants from Russia and other Eastern European countries found their way to parts of this area around Fabric Row and the Fourth Street Deli, but much of this community has gone elsewhere.

But as an area historically associated with Italian culture due to its prominent Italian immigrant and Italian-American population, Bella Vista’s religious affiliations are mainly centered around Christianity and specifically the Roman Catholic church.

One of the most notable Catholic churches in Bella Vista, St. Mary Magdalen de Pazzi, located at 714 Montrose Street, has not been an officially recognized parish of its own since 2000 but remains a storied landmark in South Philadelphia. This speaks to the issues surrounding churches and their financial struggle today.

When it comes to Catholicism, the Roman Catholic Church has made a strong presence all around Philadelphia but most notably in South Philadelphia. 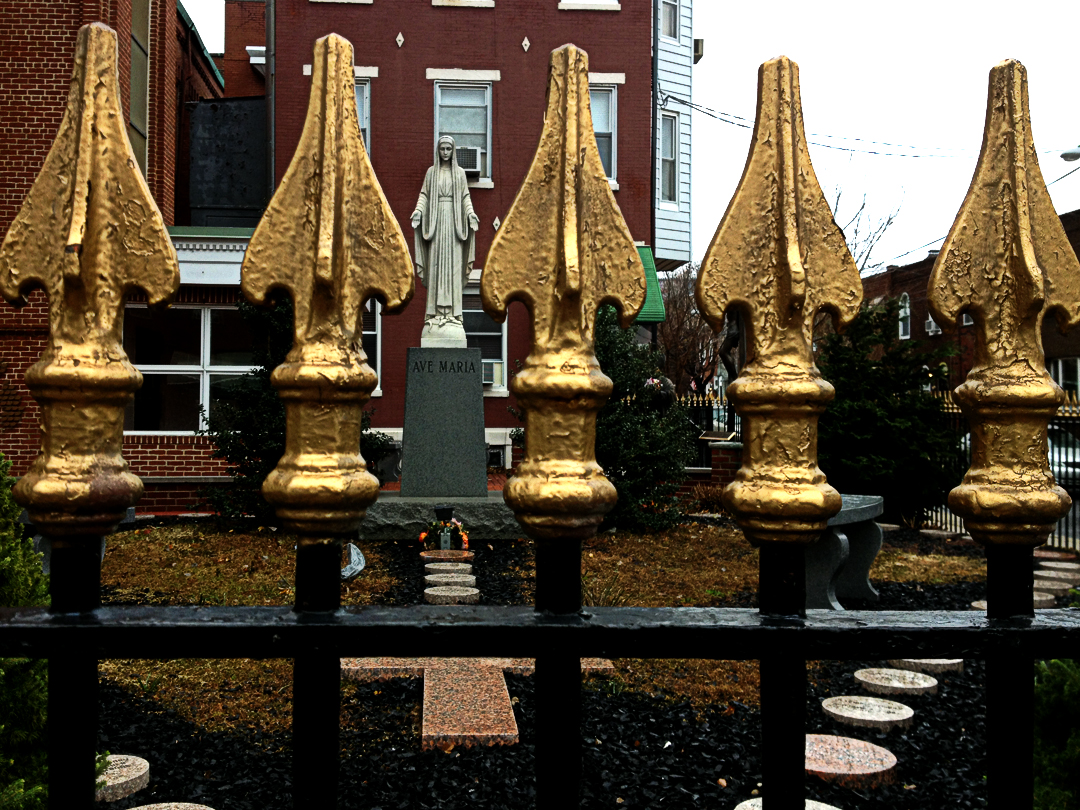 “There is a big Catholic population,” said Father Vincent Farhat, the pastor at Saint Maron’s Maronite Church. “I mean, there’s a Catholic Church every six blocks, maybe eight blocks. Okay, that’s probably a lot. I just think it’s a lot of people who grew up here in the late 1880s, early 1900s and their families have remained here. They are from South Philly and when you hear someone say they are from South Philly, well, that means something to them.”

Saint Maron’s is the second oldest Maronite Catholic Church in the country and has been around for more than 118 years. It has continued to be a central point in the lives of many South Philadelphia residents.

“For our community and for our people, who moved here back in the late 1800s, the church was the focal point,” Father Farhat said. “Everything revolved around the church. It’s part of our cultural make-up and to this day, we still have that connection. We have a lot of immigrants coming from Syria, from Lebanon, from Iraq. A lot of our community are from those areas to this day and their whole idea is that everything revolves around the church.” 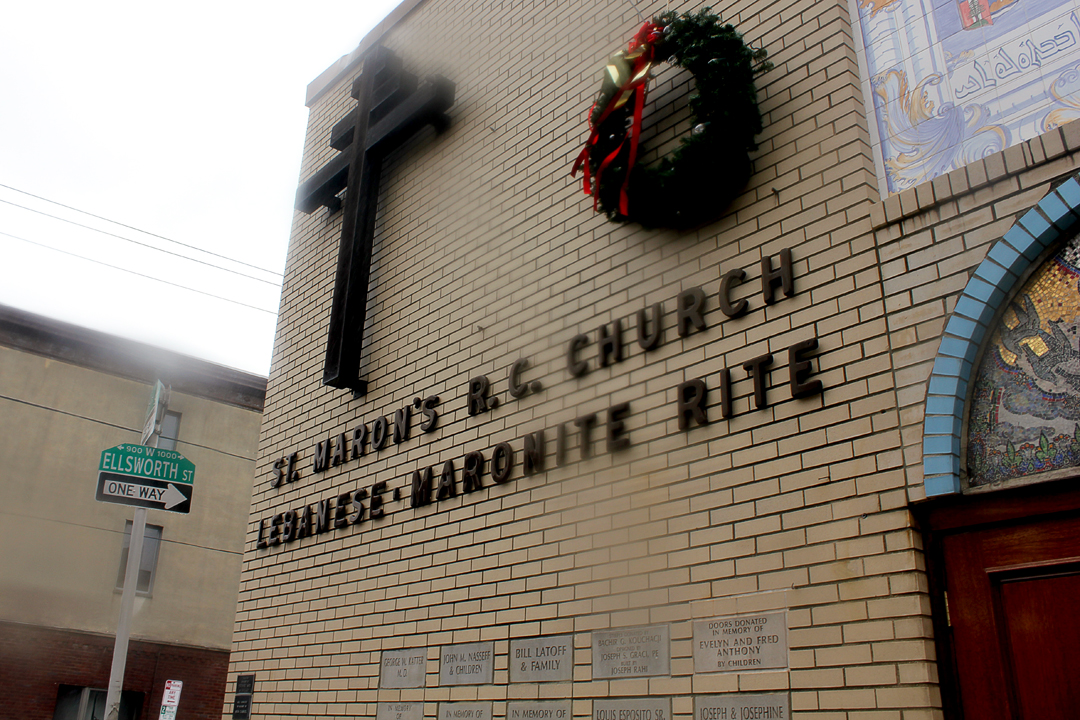 In an area where there are many Italians, Spanish and Lebanese, it is not surprising that Christ is a component of the neighborhood.

The Maronite church is not nearly as large as the Roman Catholic church and the fact that it is still up and running (but not without financial difficulties that most churches are facing today) shows that the neighborhood plays their faith into their daily role as community members. The Maronite Catholic church is also under the Pope but caters more towards Middle Eastern denominations.

South Philadelphia not only has a strong Catholic presence but there are three Baptist churches within seven blocks of one another on 12th Street, near Christian and Catherine streets. Once African Americans started to move into the area in the 1970s, the Baptist church became the primary place for worship for them while the Catholic church spoke for the influx of Italian immigrants according to Baptist Pastor, Clayton J. Hicks.

Christian Street Baptist gained Pastor Hicks a little less than a year ago and finally has the leadership it needed. 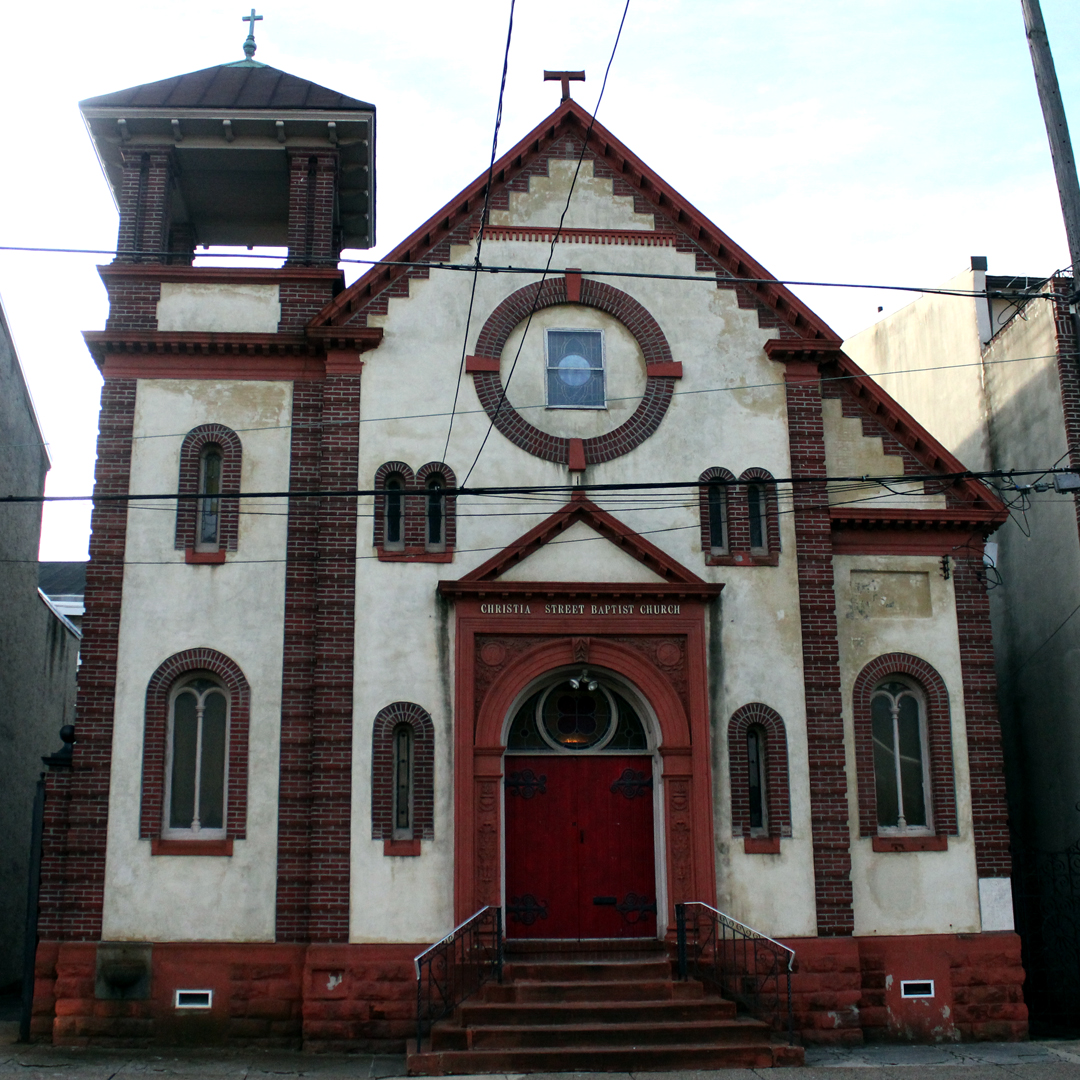 “There’s not much outside of events,” Pastor Hicks said. “A lot of people in the neighborhood don’t even know we are open. So it’s on the church to reach out and say, ‘Hey, let’s partner.’ Once people see us open and around we will be more open with partnerships.”

Knowing that partnerships and communication is vital to a church and it’s funding, the church already posts videos of Pastor Hick’s preaching in order to draw people in with Youtube.

“Like I said, we’re mostly a demographic of 50 years and older,” Pastor Hicks said. “The bible is a revolutionary book. Figure out what is the help and the need. Then draw in a younger crowd again.”

Within the last few decades, younger populations in churches have been starting to disappear.

Vicki Cusack, the parish administrator at Gloria Dei (Old Swedes) Episcopal Church in South Philadelphia wonders where all of the young people went.

“Why aren’t kids going to church?,” Cusack said. “They’re all at brunch! We’ve got to figure out that social media too. That’s where their all at. Brunch and twitter.”

Walking through many neighborhoods in Philadelphia it’s easy to see why church administrators and religious leaders think that brunch has taken over Sundays. Located in the heart of Bella Vista is one of Philadelphia’s most infamously known brunch spots-Sabrina’s Café. But let it be not mistaken – not all brunch places are taking away church’s attendance with fancy French toast and eggs Benedict (although don’t be surprised if they are).

Places like Sabrina’s are also trying to play a community role. Located on Sabrina’s website is a series of community links to things like Emily’s Entourage, a fight against Cystic Fibrosis to Little Smiles, a children’s charity. 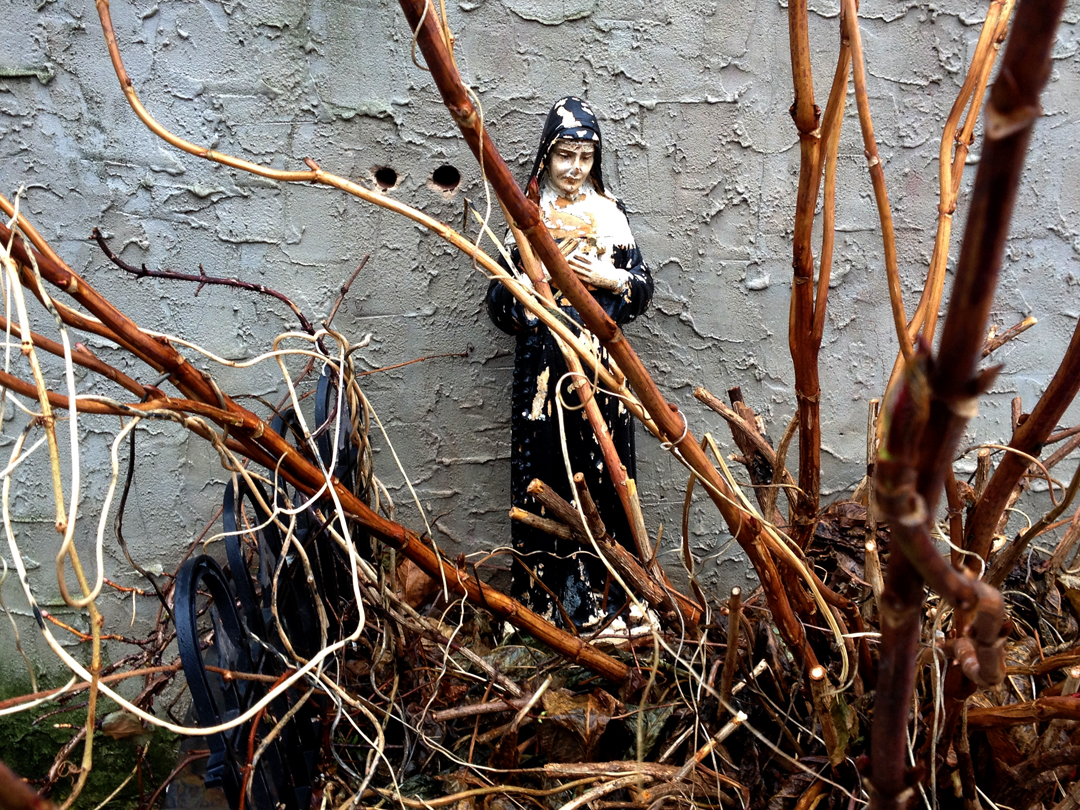 Despite simply going to brunches that have community ties, many community members are insisting that being a part of faith and organized religion can help better yourself and the community. Kelly O’Connell, a Young Life Leader in her early 20’s, helps create a relationship between high school students and Christ sees that young people need to see Christ in their own way.

“The bible never changes but there are different parts that people interpret differently,” O’Connell said. “The key to keeping young people interested is meeting them where they are at and showing them how the gospel is applicable to their own daily lives.”

Reverend D. Joy Segal even sees now as a time to shape and slightly change the approach to worship and religion as a whole.

“I think everyone’s readier for change,” Reverend Segal said. “Even if they aren’t here to worship, they are brought onto the church grounds. Outreach, stepping into our city. The more we can involve the community, the better off we are and the better off they are because they have this beautiful space to roam for free.”

Community outreach is what many churches are planning to do in order to open their doors to the young population in order to invite them in. The first step is just letting them know that the church is there to use as a resource if they wish. 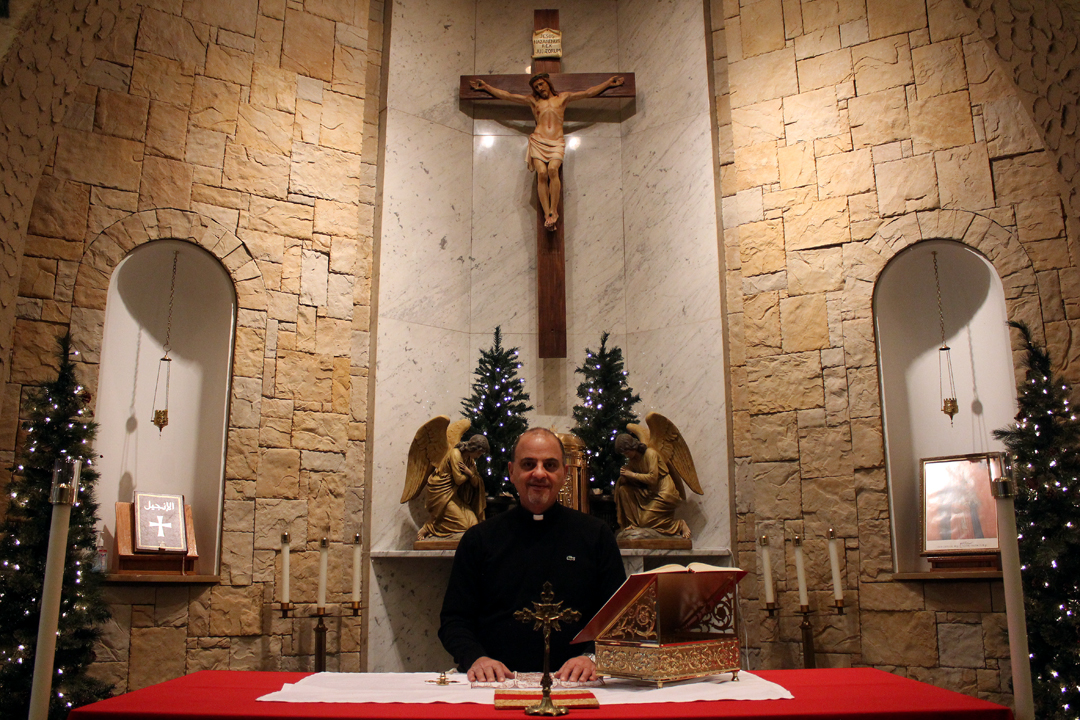 Father Farhat is keeping the way of worship traditional thanks to the fact that the literary aspect is a very traditional piece but he stresses that there’s something for every age at the church. Every Sunday the worship can be heard in English-Arabic and although not understandable to many people, the mass is rich with culture and authenticity.

Father Farhat welcomes the younger generations and even people of other faith’s into the church.

“Their dreams, their hopes are all the same,” he said. “Different religions but the same goals: to live in peace and harmony.”

– Text, images and video by Chelsea Finn and Monica Miller.

With its exterior bricks painted in geometrical patterns of blue, orange and green, the Mummers Museum stands out on the corner of South 2nd Street and Washington Avenue in Pennsport. However, in recent years, the [continue reading…]

Here is a list of five out of several well-established churches in the Mantua community. The motto of First United Baptist Church (above) is “Keep this Church Alive.” The pastor-teacher is longtime Bishop Samuel Adkins, who has [continue reading…]

Germantown: A Life Dedicated to Faith

“How many people can say that they work at a place where miracles happen?” said Florence Dellisanti, a buyer for The Shrine of the Miraculous Medal’s gift shop, located at 500 East Chelten Ave. Dellisanti [continue reading…]