“I want to encourage people who live in and around Philadelphia to do something that I think we don’t do enough of, and that’s being proud of your city and being a cheerleader and a booster,” mayoral candidate Lynne Abraham said.

Abraham joined the race for mayor of Philadelphia in November after a long career as district attorney, from 1991 to 2010. She is accompanied in the mayoral race by Anthony Hardy Williams, minority whip of the Pennsylvania Senate, former state Sen. Milton Street and former City Solicitor Nelson Diaz, among others. 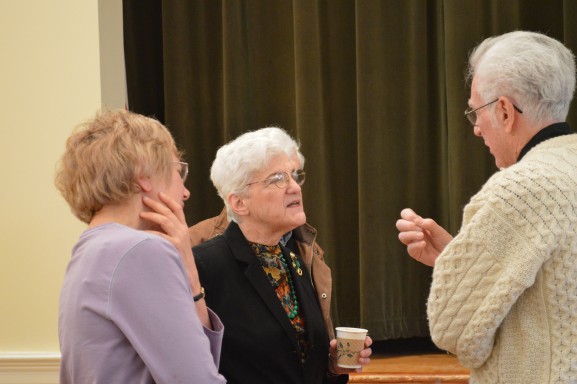 On Feb. 12, Abraham addressed a mostly older crowd at The Presbyterian Church of Chestnut Hill about the issues she deems most important in the upcoming election – the most important issue being education.

“The single overarching, most important piece of my platform is an overhaul of the entire education system in Philadelphia … top to bottom,” Abraham said. “We have to focus all of our power and energy on one goal and one goal only: educating children.”

This was met with applause from the audience. Abraham went on to say that the next most important issues are jobs and security. With nearly 20 years of experience serving as the district attorney of Philadelphia, Abraham is no stranger to crime. Not only was Abraham the first female D.A. in Philadelphia, but she also held the office longer than anybody in Philadelphia history. She earned the nickname “Deadliest D.A.” after the way her office sought the death penalty in past years.

“I can tell you without fear of contradiction there isn’t anybody in this campaign who knows more about crime and justice than I do,” Abraham said. “I’ve spent 45 years of my life in it, it is something I’ve eaten and breathed. I know it all backwards and forwards, and that is a significant portion of what people think about when they think about where they want to live.” 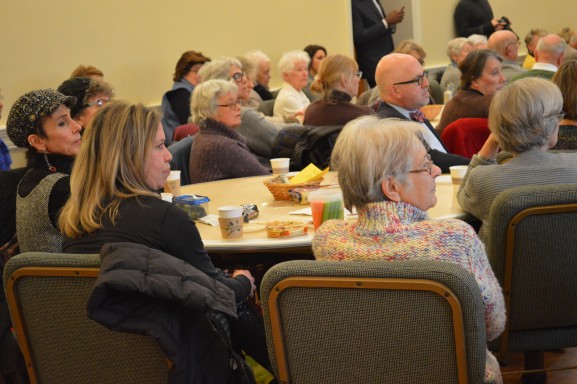 Hillary Mohaupt, communication coordinator of the church’s Center on the Hill program, reached out to Abraham and arranged to have her speak. The speaking engagement was a hit, with an audience of more than 100 people.

“It was an outstanding turnout, we usually get between 50 and 75 depending on the speaker,” said Leslie Lefer, director of Center on the Hill.

“She spoke very well and was very experienced and cares a lot,” attendee Jenny Godwin said. “I would have liked to hear more about gentrification of older communities and African-American communities, how they’re being pushed out.”

[View the story “Lynne Abraham Speaks at PCCH” on Storify] 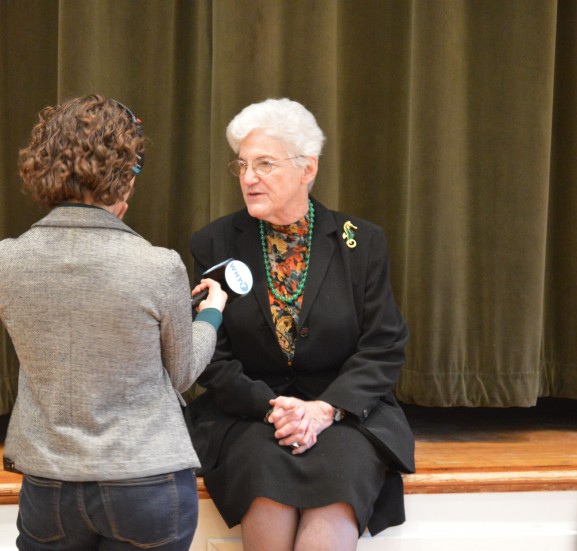 – Text and images by Paulina Jayne Isaac and Maryrose Kelkis

Education: English Teacher Aims To Improve Opportunities Inside And Outside The Classroom

Kayla Conklin currently serves as the department head of the English department at Esperanza Academy Charter High School in West Hunting Park. That title is just one of many she holds at the school, mainly [Read More]

After weeks of bombardment from advertisements blasting Mayor Michael Nutter’s record on education, Nutter responded last week with a series of videos blasting the Philadelphia Federation of Teachers’ leadership and shoring up his record on [Read More]