Ellis Gindraw, also known as Chuck Ellis, has quickly become a key figure in the training and coaching of Philadelphia basketball players of varying levels. Since starting Chuck Ellis Workouts Gindraw has steadily become one of the most well respected basketball trainers in the city and on the east coast. Gindraw is also an assistant coach on the Immaculata University coaching staff, works with juvenile delinquents at a residential facility in Camden and works at the Universal Charter School in Philadelphia.

Where did the idea start for you to start training basketball players? 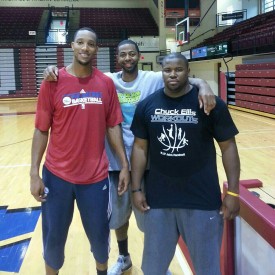 I’ve always worked with basketball players, working with John Hardnett growing up, when I was playing in college. And when I got finished playing in college, I watched [Hardnett’s] workouts, and helped him run his workouts.

But when he passed, that left a big void in guys getting trained. Then about three or four years after he passed, Dionte Christmas came home from [playing] overseas and he wanted to get ready for NBA summer league. He asked me if I would help him get ready for summer league. So me and Dionte got in the gym every day for about two weeks down at Temple, working out getting him ready for summer league. Coach [Fran] Dunphy asked if Khalif [Wyatt] and Scootie [Randall] could come in and join us while we were working out.

From there, it just blossomed, from Wayne Ellington to Dion Waiters and Maalik Wayns.

What type of impact did John Hardnett have on you aside from basketball itself?

He had a very big impact on me and he was very instrumental to the development from me learning different things and becoming a man. My father was in my life but John was a different type of influence, the way he dealt with people outside of basketball. John didn’t care if you were the star player or if you were the guy that never got in the game. He treated everybody the same and he also made sure everybody was taken care of as far as having the things that they needed to survive. John fed a lot of people. John clothed a lot of people. So, he was a very big inspiration to me, as well as a great example of how to treat people and put yourself aside to help someone else. 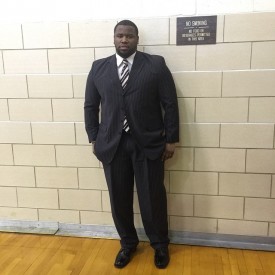 You’ve been a big influence in a lot of these players’ lives. How does it feel to know that you’re having such a big impact on them?

It feels very good because it makes me see and lets me know that the hard work that I’m putting in is not going unnoticed and not in vain.

Have you been able to receive a profit with all the work that you’re doing?

No, not at all because I’m not in it for a profit.

So, I’m actually not in it – especially with my guys from Philly who I have personal relationship with – I’m not in it for a profit with those guys.

You’re a hot commodity as a trainer and coach. Have you thought about maybe taking your coaching and training talents to another level and trying to take on a dominant job with coaching and scouting?

My ultimate goal is to get to Division I level. I’ve had a few opportunities that I could have taken but I didn’t feel as though they were the right situations for me. So I’m very patient, and I’m very humble and I believe in a greater faith. So I’m waiting on the right opportunity when I can move and be in a comfortable situation.

“We ride together, we die together,” Jamil Pines-Elliott said of the bond that he and his twin brother Jalil have. The Pines-Elliott twins have spent the last four years playing basketball at Germantown Friends. The team was [continue reading…]

Slippery patches of ice and an inches-deep layer of crunchy snow coat the walkways of Hunting Park, waiting to take down any residents who venture into the bitter cold. With the temperature hovering somewhere in [continue reading…]

The recreation center in Francisville looks like a fairly standard playground at first glance. There’s a swing set, a basketball court and a play set shaped like a train. However, the center is more than [continue reading…]