The 44-year-old Latina remembers going to North Philly’s Hallahan High School and telling her friends, “Meet me at the clothespin.”

“It’s our hub and meeting point,” says Maldonado of the famed restaurant and club on 5th Street near Raymond in Hunting Park. “Everyone knows where Tierra is.”

It makes sense then why former Common Pleas Judge Nelson Diaz, 67, chose the place that fastens the community together as his venue for announcing his mayoral candidacy on Jan. 15. If elected, Diaz would become the city’s first Latino mayor. He was the second Latino to enter the race behind former city solicitor Ken Trujillo, who dropped out at the end of January to tend to family matters. 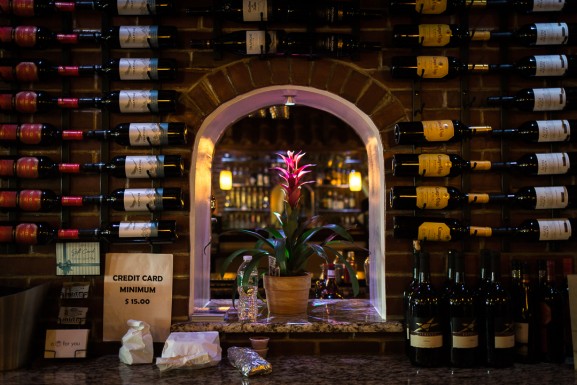 Tierra Colombiana General Manager Oswaldo Galindo says the “only big Latin place in Philadelphia” was an obvious choice for Diaz since it sponsors many activities in the Latino community.

Maldonado, who gained social media fame in 2011 for being the city’s most followed Latina on Twitter, says she’s known Nelson since she was a teen. She attended the same youth group as his children. She now has a 12-year-old daughter of her own.

Maldonado works with many causes and organizations to raise awareness on social media. She has a new crowdfunding campaign in celebration of Women’s History Month with Girls Auto Clinic, and continues to work with Global Teen Talk and Stop Hunger Now, among others.

“He considered us all his kids then and even now, 30 years later,” says Maldonado (pictured below), who attended the Tierra event along with about 100 other leaders of the Latino community. “The kids are our future and I want someone who is going to fight for our kids.” 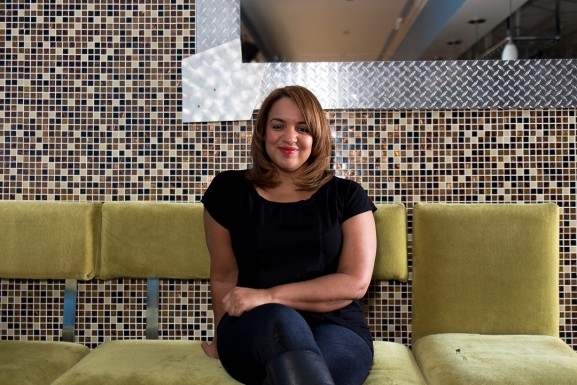 Diaz was quoted by reporters after his announcement saying, “The reason I’m in this race is: one, I know I can win and two, I’m going to fix the school systems no matter what. I will die fixing those school systems.”

Maldonado noted that Diaz has appeal to every community in Philadelphia from his 40-plus years of working in the city. His résumé includes time as city solicitor and general counsel at the Department of Housing and Urban Development. She says he’s respected by every community in our city.

He’s going to need that outside respect to get the approximately 100,000 votes needed to win the Democratic nomination in the May 19 primary because relying on his Latino base won’t be enough.

Voter registration and turnout are low among the city’s wards with the highest concentration of Latino voters. The city’s only Latino on City Council, Councilwoman Maria Quiñones-Sanchez, said she’s backing the mayoral ambitions of state Sen. Anthony Williams. Councilwoman Sanchez represents most of Hunting Park within the 7th District.

– Text and images by Ed Newton and Cara Stefchak.

Google Hunting Park. Count the articles on death, shootings, stabbings and assaults. Now count those that actually took place in the neighborhood. For over 30 years, Hunting Park residents have been fighting the neighorhood’s notorious [continue reading…]

Hip-Hop music played loudly at the Hunting Park Recreation Center, where a group of young girls smiled with joy as they began preparation for their next performance. The Black Diamond Dance Troupe was founded two [continue reading…]

[vimeo 62800136] A large crowd recently gathered for a rally at Love Park in support of immigration reform. Several organizations including Juntos were involved with the event. One of the key speakers was Miguel Andrade. He [continue reading…]