The west side of Broad Street in South Philadelphia isn’t exactly known for its pizza. But from West Passyunk to Point Breeze, the community contains several pizza shops worth noting.

Some of the pizzerias in the area are new, while others – like Uncle Tomy’s – are relatively old. Some sell traditional pizza, while others, such as Florida Style Pizza, give their signature product a distinct twist.

What’s constant, however, is that each of the restaurants has its own story to tell.

Chuck Comasco has carried on his father’s legacy, continuing to operate Uncle Tomy’s Pizza (pictured above) into its 43rd year in Grays Ferry. Comasco said the best pie on the menu is the margherita pizza, and that what separates his eatery from others in the area is its homemade quality.

“My dad went into business in 1972,” Comasco said. “Here I am a couple thousand weeks later.” 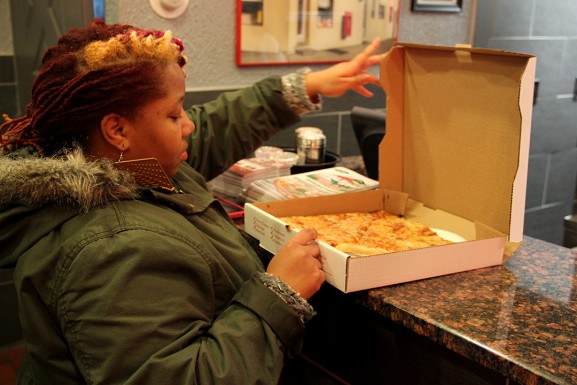 Located on the 2100 block of Wolf Street, this eatery first opened in 1986. Founded by Martino Picariello, the family-run business has built a loyal following. Highlights on the menu include a heart-shaped pie and the Philly Breakfast pizza.

“It’s convenient, the food is good, the prices our reasonable and [Picariello] has been in the neighborhood for a long time,” longtime customer and South Philadelphia resident Charlotte Ellis said. “The people who work for him are really responsible.”

“When I order from other places, I wish I had got it from here,” Ellis added. 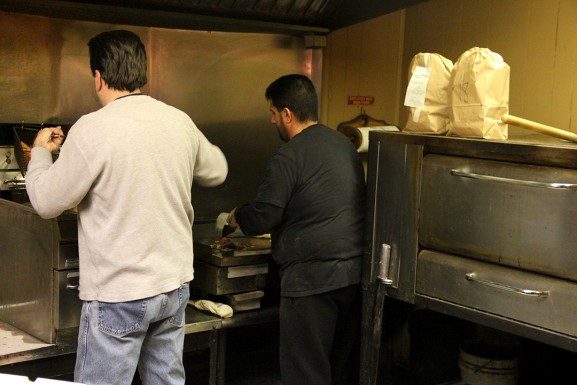 At first glance, Florida Style Pizza might not catch your eye. The paint on the outside is fading, the sign is peeling and the lobby area seems empty. But on a Friday night in late January the cooks looked busier than ever, preparing a series of inside-out pizzas, in which the toppings are all wrapped inside the dough – the restaurant’s signature item. 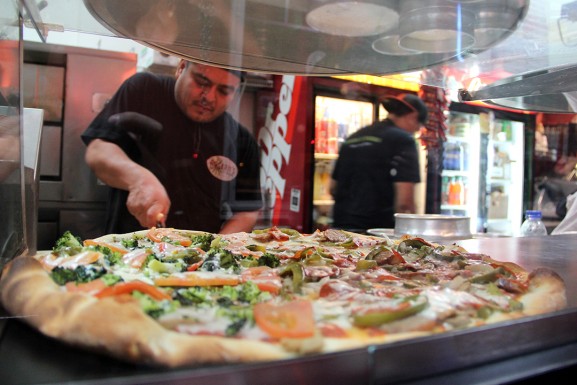 About three years have passed since Margarita Jeronimo and her husband Aaron Rosario, who are from a small town in Mexico, opened up their family-run business on the 1500 block of Wharton Street in Point Breeze. Rosario’s is known for its La Mexicana Pizza – a pie with tomatillo sauce, mozzarella cheese, roasted poblano peppers chorizo, avocado and roasted corn.

“We wanted to mix Mexican food and American, so we started creating our own pizza,” Jeronimo said. 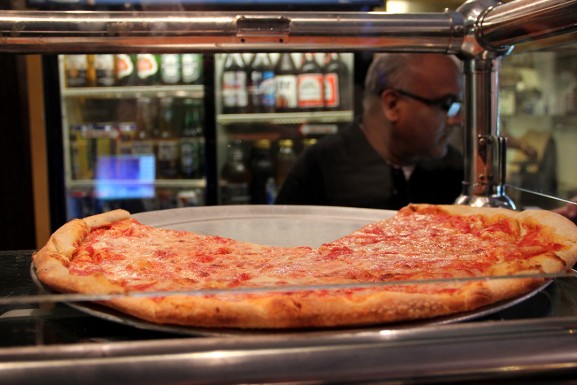 The bar at the Pizza Pub in West Passyunk has been around since 1927, said current owner Sonny Shah. He purchased the pub eight years ago, and believes the bar coupled with its beer delivery service give his pizza shop a unique quality that others don’t have.

– Text and images by Avery Maehrer and Dustin Wingate.

Port Richmond: Taste of the Neighborhood

Located in the heart of Port Richmond, Aramingo’s Best Pizza has been serving up its signature “Sauce on Top” pie for almost 20 years. Created unlike other pies throughout Philadelphia, Aramingo’s Best starts out with […]

Walking down East Passyunk Avenue, you might miss this Italian, family-owned and operated pizza shop. Iannelli’s Famous Brick Oven Bakery may be small but third generation owner, Vincent Iannelli, knows his way around the kitchen. […]

Port Richmond is a close knit community, known for its large Polish and Irish immigrant population. That said, there is plenty of diversity within the borders of the region. This diversity is seen throughout the community […]