As litter from the sea washed upon the white sand beaches of Puerto Rico, Doryán De Angel discovered her zeal.

Fueling her fervor for the recovery of Earth’s waterways, the environmentalist is now the community watershed leader of the Tookany/Tacony-Frankford Watershed Partnership (TTF), a Philadelphia-based initiative established in 2000 to promote community engagement with the body of water.

Born and raised on the island, De Angel graduated from the University of Puerto Rico in 2010 with a bachelor’s degree in environmental science.  Throughout college, she helped pioneer research efforts to reduce the pollution of the San Juan Bay for its estuary program from 2009-2010.  Alongside classmates, De Angel conducted a scope of experiments, including testing the water for fecal coliforms, chloride and turbidity.

“In similarity, it’s kind of what we’re doing here with the Delaware River estuary,” De Angel said. “(The San Juan Bay and the Delaware River) are comparable in the sense that they’re both in very urbanized cities. What’s similar is the same disconnect…You don’t see the creeks when you’re in the city, but the disconnect is what happens in the middle.”

That “middle” is De Angel’s mantra – bridging the gap between the issues and the community.

Along with an extensive set of chemical and biological skills, De Angel packed her personable character as she ventured to the United States in 2013, not knowing that this specific fusion of strengths would be serviceable to the topography of her new backyard. 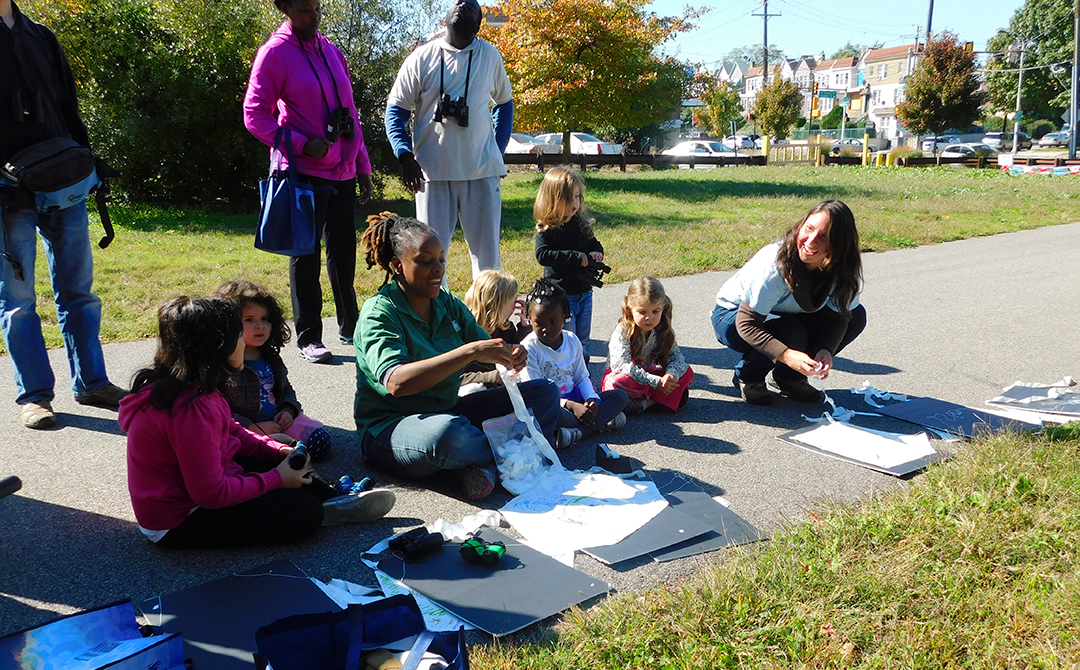 Serendipitously, De Angel, still fresh with wisdom from her San Juan Bay studies, happened to move into a neighborhood inhabiting its own contaminated waterway. Nestled along the bustling intersection of Whitaker Ave & Loudon Streets in Juniata Park, the sequestered oasis of greenery and wildlife can nearly go unnoticed.

One of Philadelphia’s seven watersheds, the polluted creek begins its course at Montgomery County, weaving through nearly 30 square miles until it reaches Tacony Park.

Repercussions of urbanization have spilled into the hidden haven causing a series of challenges including polluted stormwater runoff, littering, dumping, graffiti and reckless ATV use. The issues pose a threat not only for Philadelphia’s drinking water but for the welfare of the creek’s flora and fauna, including nearly 100 species of birds.

After stumbling upon the creek, De Angel began working as a volunteer for TTF, translating those experiences from the Caribbean to North Philadelphia. 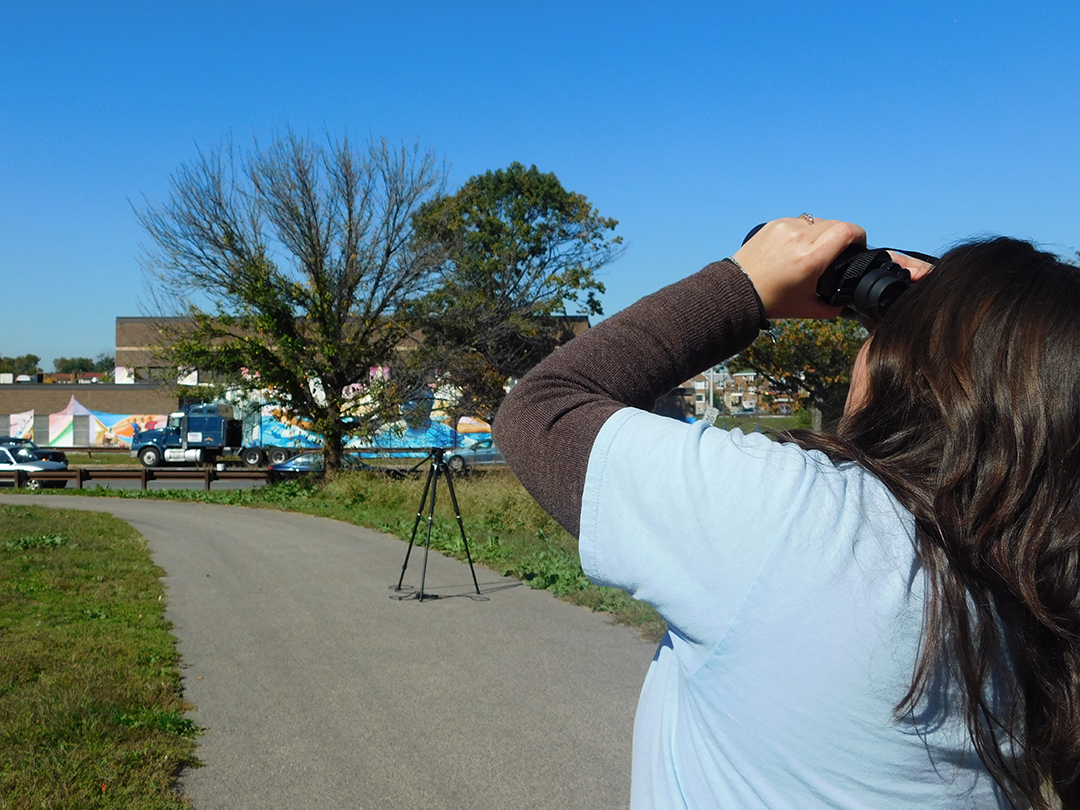 It wasn’t long before when her exquisite collection of flairs caught the attention of the staff.

“She does a very good job explaining and connecting people to these issues,” said Julie Salvet, executive director of the program. “She’s really gotten to know people, and it’s broadened the TTF family. She’s very good at building those relationships so people feel like they’re part of the organization and they identify with us.”

TTF strives to turn Tacony locals into stewards of the park, shedding light on the concerns and teaching how to alleviate them. With 56 percent of the region being Hispanic, De Angel’s fluency in Spanish made her an even more valuable asset to the program. 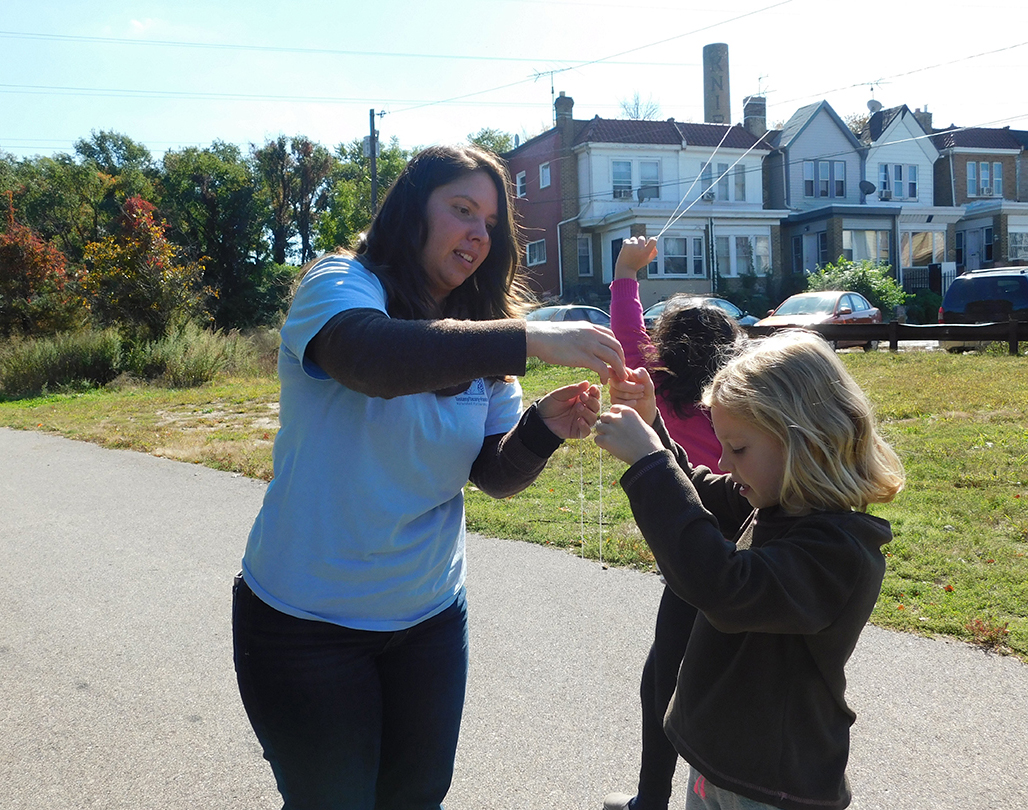 Within six months of volunteering, De Angel clinched her title as community watershed leader in June of 2014.

“I know a lot about the environment but one of the things I didn’t learn in college was the community aspect, and that’s really what I learned through TTF,” De Angel said. “That’s when I realized – it’s not just about the science. It’s translating that information to the community.”

Over the past two years, she has cultivated partnerships with nature programs, like Let’s Go Outdoors, a Philadelphia-based initiative to promote outdoor engagement in city communities, particularly with minorities.

“I can tell she’s definitely passionate about what she does,” said Seraiah Robinson, a Let’s Go Outdoors staff member. “Anyone helping out who’s passionate, that’s really important.” 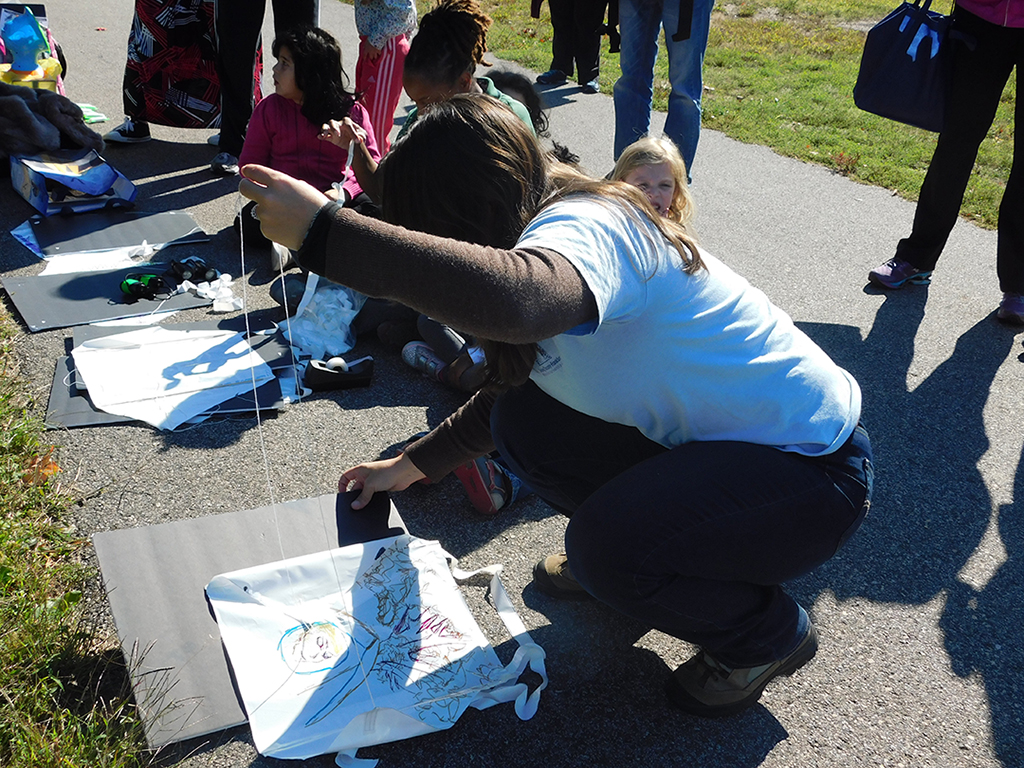 Although their relationship is only three months old, TTF and Let’s Go Outdoors have kickstarted a series of events that have especially engrossed the region’s youth.

“By her encompassing those skills, that’s what is going to continue bringing people to watershed,” said Tarsha Scovens, one of the co-founders of the Let’s Go Outdoors program. “She has really helped to bring something that hadn’t been happening, which was family engagement programming, to the watershed.”

De Angel’s influence has led to various forums, including monthly morning walks led by environmental educators, bird guides in English and Spanish, and the establishment of the Tacony Creek Park Keepers, a group of neighbors supporting programs and improvements which was approved as the official park friends group.

“This helps to build community. It helps to build a sense of peace. It improves the neighborhood when people feel pride in their surroundings, knowing there is something so beautiful in their backyard,” De Angel said.

“To better effect change, it’s best to do it together, making a collective impact.”

-Text, video and images by Grace Maiorano and Ashley Portillo.

Tacony: Businessman, Civic Leader Improving The Community In This Life And The Next

Every time Joseph Sannutti steps outside his funeral home at 7101 Torresdale Ave., he stops and spends time talking with neighbors, colleagues and fellow Tacony residents. He seems to know everyone in the neighborhood. Sannutti [Read More]

The 7000 block of Erdrick Street in Tacony is anxiously awaiting to find out if it will become the city’s Most Beautiful Block. And if you speak to any of the residents, they believe they’ve [Read More]

Tacony: The LAB Brings Creativity And Art To The Community

This past March, on its 110th anniversary, the Tacony Free Library branch at Torresdale Avenue and Knorr Street closed its doors for 18 months of renovation. “The target date is Oct. 1, 2017,” said branch man­ager and [Read More]