Many forces are up against Greg Gillespie and his bookstore.

“They’ve closed Richmond Street from Cambria south. So it’s all dead end,” Gillespie said of recent construction in the area. “This used to be an alternate route to I-95 and once they cut off the flow, the traffic, it’s been pretty rough here.”

Port Richmond Books has served as a neighborhood hub for over a decade, with Gillespie’s passion, and help from his friend, Deen Kogan, founder of Society Hill Playhouse, as the driving forces behind its survival.

Even major bookstores, like Borders, failed to lure customers in recent times in which digital purchase of books has increased. 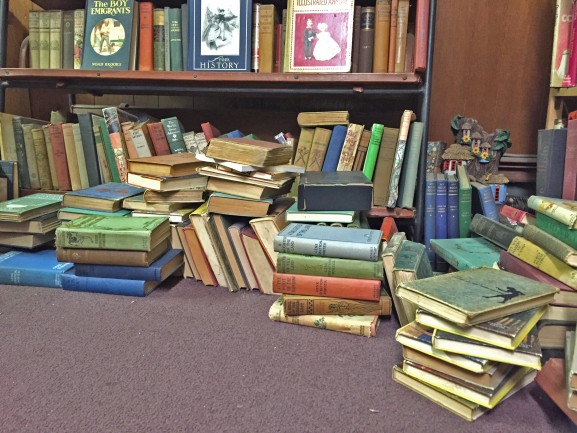 But encompassing about 6,000 square feet of space and more than 300,000 books, the place has a story, and Gillespie is interested in preserving that.

Lifetime Port Richmond resident Ronald Bonk recalled frequenting the space in the 1950s, when it was Richmond Theater.

“We’d catch the chapters—Superman or Batman,” Bonk said. “We had to go see them. You didn’t want to miss them.”

The building later became Blue Ribbon Vending, and then Fischer Hardware Company. When Gillespie and Kogan bought the space, they had to clear out lots of hardware, while remnants of the original pipe organ from the movie house still remain in the bookstore’s basement.

“You have to have a brave heart to go in the basement,” Kogan said. 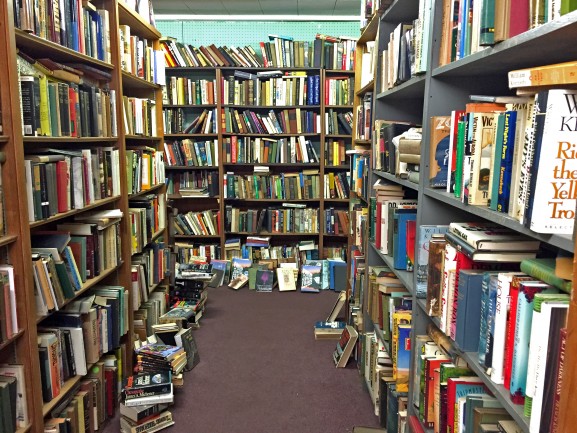 Gillespie said two separate paranormal investigators have confirmed “some type of presence” resides in the store. But it still comes off a second home to Gillespie. He pointed to a couch in the back of the bookstore.

“I’ve slept there a couple of times,” he said, walking through the bookcases in the cluttered, freezing back room.

Gillespie grew up in Narberth, Pennsylvania, but claimed he wasn’t always an avid reader.

“I was a terrible reader,” Gillespie said of his time at Bonner Prendergast Catholic High School.

After a brief visit to Ireland in 1973, Gillespie considered joining the Irish Republican Army. He “cowered out” but returned to Philadelphia with a growing interest in Irish literature.  A friend returned home from the Marines and had a house in Manayunk, and Gillespie moved in.

It was around this time that he started acting for Society Hill Playhouse, where he met the founders, Kogan, and her late husband, Jay Kogan. Gillepsie didn’t exactly have ambition to be an actor, but was more interested in being in a play by his favorite Irish novelist, Brendan Behan. 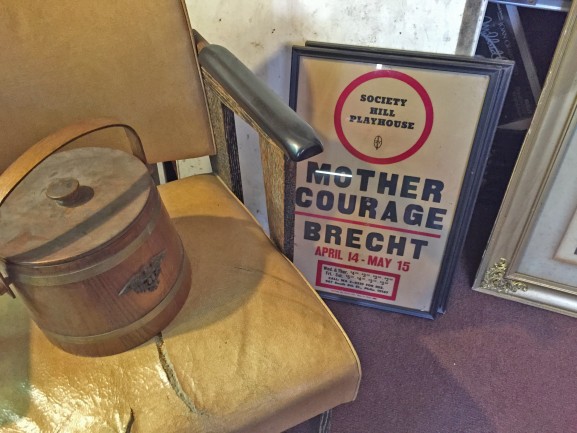 Although Gillespie said this decision was not based out of his love for acting, he ended up volunteering for Society Hill Playhouse for about 30 years.

“Greg came to the theater when he was quite young, so we’d known him a long, long time,” Kogan said.

Jay Kogan and Gillespie became “booking” buddies—together they would look for and buy books for Kogan’s collection: what eventually amassed to over 30,000 volumes in crime fiction.

“I was convinced that the third floor was going to collapse,” Kogan said of her husband’s collection in their former house. “I live in a four-story house now, but the third and fourth floors were dedicated to books, and they couldn’t hold what was being acquired.”

Kogan originally stored the books in a South Philadelphia building on Passyunk Avenue, but eventually the four stories of that building weren’t enough.

When her husband died in 1993, she decided to find an official spot for the books, along with Gillespie’s own blossoming collection of Irish literature. An advertisement in a newspaper drove them to the Port Richmond location (on 30th and Richmond Streets) and in 2005 the space officially became Port Richmond Books. 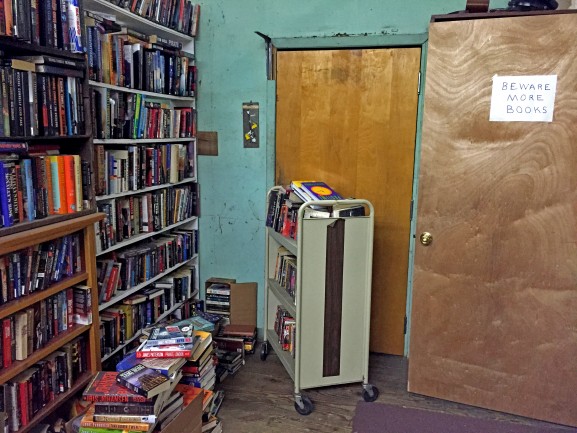 Gillespie and Kogan have hosted events like readings, book signings, small play productions, and, most notably, a place for people in the area to come and talk about something that brings them together – a good book.

“I’m most proud of is the people that come and meet here that have become friends,” Gillespie said.

Friends will join him at the bookstore, grab a soda or a beer, and talk books.

“The thing that’s amazing to me, is how big that place is, he can tell you where every book is,” Kogan said.

At 66-years-old, Gillespie said he’s not so sure that he’s able to keep up with the times.

“I think it’s more of a young man’s game, young woman’s game,” Gillespie said. “Somebody that knows their way around the Internet.”

But for local residents, Gillespie does the job just fine.

At Julie’s Corner Bar, across the street from Port Richmond Books, the owner’s son, Mike Savage, said Gillespie has brought a positive facet to Port Richmond.

“It seems like he’s actually trying to change the neighborhood there, for the better,” Savage said. “There’s something good there.” 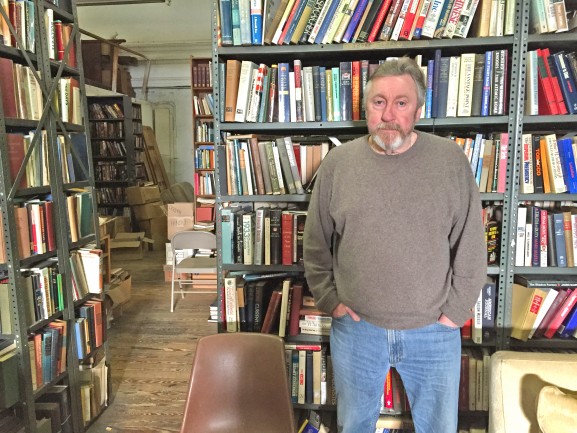 – Text and images by Regan K Abato and Kerriann Raimo.

2011 marks the 50th anniversary of the Leprechauns Sports Association, which has provided a variety of sports for local youths in Port Richmond to participate in. Nearly 300 athletes between the ages of 7-18 participate [continue reading…]

A new 92,000-square-foot Wal-Mart will officially open its doors today at the Aramingo Crossings Shopping Center at 2200 Wheatsheaf Lane, bringing an estimated 300 jobs to the area. To welcome the new employees a preview ceremony [continue reading…]