The Street Tails Animal Rescue (STAR) is an organization that has helped to get animals adopted and into good “forever” homes for around 10 years. The animals they receive are older and usually have medical issues.

Deb Rand, a woman who never thought she would work at a place like STAR, now sits on the board of directors, just three years after she started there as a volunteer.

“I was afraid to work at a place like this because it can really pull at your heartstrings,” said Rand. “But I gave in and I’ve never regretted it.”

Rand’s creative ideas have impacted STAR greatly. She helped to create a thrift store for pet products to help pay for the animal’s vet bills. Thrift for Tails is a way for owners who are adopting to get discounted products – leashes, toys, crates and even treats. Rand thought it would be a good idea to help relieve some of the burden on the owners of new pets. The rescue also gets money to help keep the animals they receive healthy and ready for adoption to go to a forever home.

“A lot of these animals are sick and come from kill shelters,” said Rand. “Our biggest expense is medical bills.”

STAR prides itself on taking in the homeless animals that are often overlooked for many reasons. Many of the animals need widespread medical attention. Unfortunately, these animals are thought of as unadoptable or not worth the effort.

“Even though we’re a nonprofit we still need to find money to pay for the bills,” said long time volunteer Johanna Grassia. “The medical bills are astronomical because the one thing about Street Tails is we take special needs animals. We don’t look past any animal.” 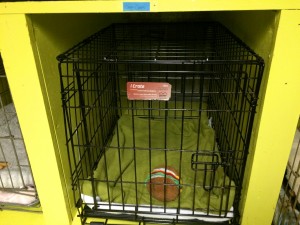 Adoption for the dogs is roughly $300. Rand collects used items from anyone and everyone. Pet stores even donate stock that they have excess of or that isn’t selling.

“If we can help out the owners in any way, we will.” said Rand.

The idea at STAR is to help animals that are overlooked. They don’t have puppies often, unless they’re abandoned or sick.

“A lot of people see a sick dog and they think that there’s nothing they can do to help them,” said Rand. “So they opt to give them away or put them down. We are here to tell you those are not the only options.”

STAR finds a lot of their dogs at kill shelters or they receive them when their owners pass away. One of the dogs they currently have at the agency is Morty, a 10-year-old bulldog. He has severe arthritis and breathing issues.

“What a lot of people don’t know is that bulldogs are being bred out,” said Devon Kelemen, the only paid employee at STAR. 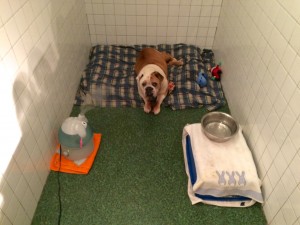 STAR is always looking for volunteers to help with walking, feeding, bathing and taking care of the dogs.

“I may not have money but I do have time to give for these dogs and that’s the number one reason why I became a volunteer here,” Grassia said. “Debbie was a devoted worker from the beginning. She would come in with her husband all the time.”

Rand also admitted that she had fears of pit bulls before volunteering at STAR.

“I was afraid of pit bulls but now I love them,” said Rand. “There was one pit bull that we had and everybody kept going in to see him. I went and sat down with him. He sat on my lap, looked at me and licked my face. At that moment, he won my heart. They make you love them.”

Rand is now a loving owner to her very own STAR rescue, Johnny, who is a 6-year-old Chihuahua. Friends and family of Rand’s call her the Chihuahua whisperer. Some people are afraid of the breed because they are known to nip at fingers. 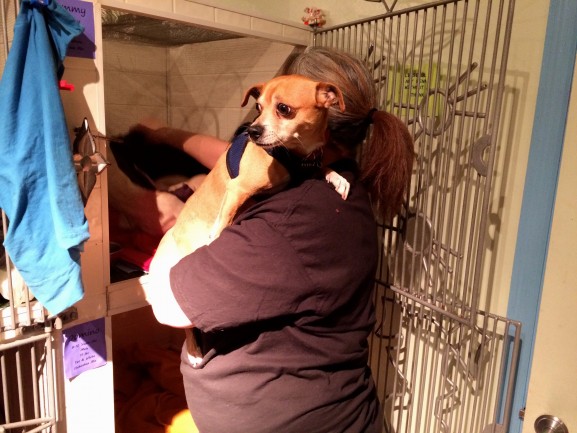 “Johnny came in with scars all over him,” Rand said. “I was supposed to take him home just for the night. That was two years ago. I love him so much, I got a tattoo of his name on my arm.”

Now that Rand sits on the board of directors, she comes in to do paperwork for the thrift shop and still comes in to walk the dogs whenever she can.

– Text, video and images by Emily Melendez and Taylor Lumpkin.

Philadelphia is an artistically diverse city. It is home to many galleries and music venues. In the recent years, the number of music venues has grown, and it is affecting the already established venues in […]

It’s not unusual to walk through Whitman and encounter some type of structure that is either a vacant lot, abandoned property or building under construction. On the corner of Oregon  Avenue and Swanson Street  lies […]