In response to President-elect Donald Trump’s promise to end the country’s refugee resettlement program shortly after taking office, Philadelphia mayor Jim Kenney signed an open letter requesting President Barack Obama and his administration to continue to protect immigrants, including those whose home countries are too unsafe to return to.

In compliance with Governor Tom Wolf’s statement in 2015 regarding Pennsylvania’s involvement with Syrian refugees, Philadelphia has been working with local organizations to resettle more families.

According to Doctors Without Borders field worker Donna Canali, as of 2011 there were 23 million Syrians, half of which are now either displaced or are refugees.

“To assist the settlement of families fleeing the humanitarian crisis in Syria,” the Wolf administration said in the statement, “the federal government coordinates with local charitable organizations in Pennsylvania and other states.”

As the state’s largest city, Philadelphia has played a big part in Wolf’s call out for resettlement processes.

Miriam Enriquez, the Director of Immigrant Affairs for the city of Philadelphia, works on a team of three people who partner with different resettlement agencies around the city. They work on refugee and immigrant relations. These agencies include HIAS Philadelphia, Nationalities Service Center and Bethany Christian Services. Between the three agencies, and with help from the office of Immigrant Affairs, the city is hoping to welcome nearly 1,000 refugees this year.

“We love to respect and accept our city’s diversity,” said Enriquez. “We like to embrace our diversity because when refugees come and settle here, they really are a part of it.” 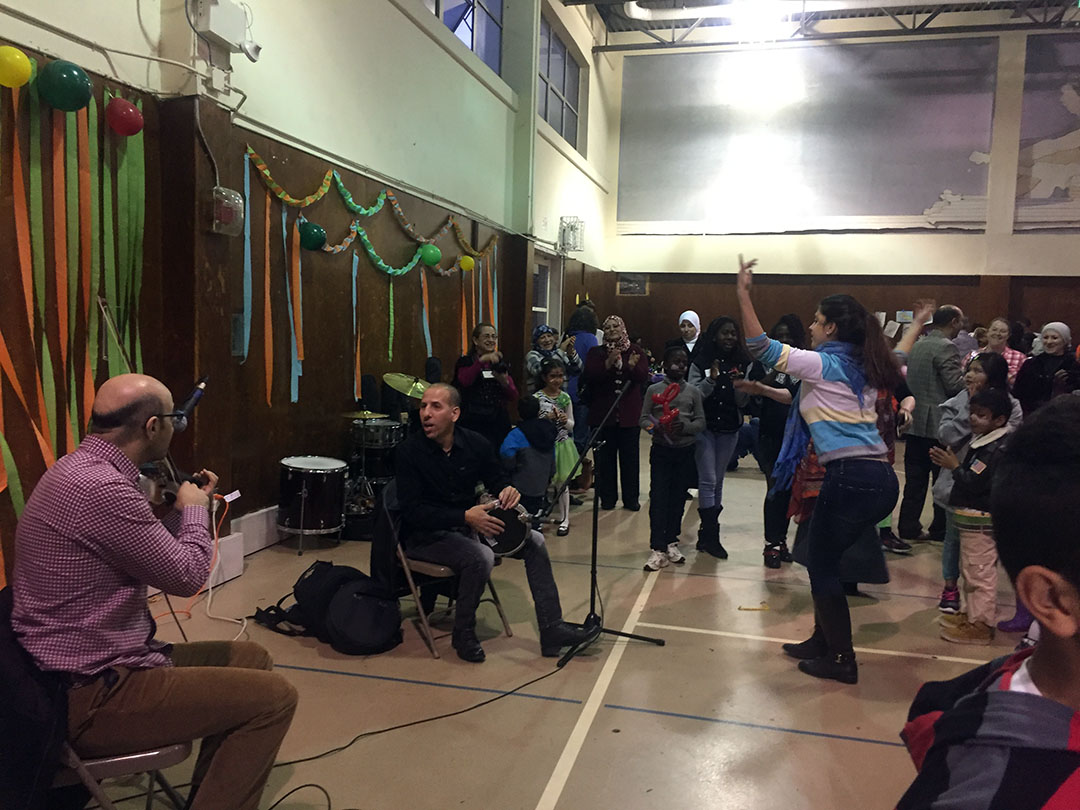 Nationalities Service Center senior director Julianne Ramic says the Philadelphia branch – the largest agency of the three in the city – has helped resettle 563 refugees in the 2015-2016 fiscal year.

“Refugees are fleeing the well founded fear of persecution based on their race, nationality, religion, ethnicity, political opinions or membership,” said Ramic. “It has always been part of the fabric of our city to be that welcoming place.”

HIAS, another nonprofit that helps refugees, does work beyond refugee resettlement. It is also involved with advocacy and education for public policy. The refugee resettlement process makes up about 40 percent of the work the organization does, in addition to working with immigrants and asylum seekers.

Despite Wolf’s statement and Philadelphia’s embracement of refugee resettlement programs, there are organizations that see this aid as a hindrance to local policies.

Joe DeFelice, chairman of the Philadelphia GOP, believes the program does not benefit local citizens.

“Any added balance that we as government can offer refugees is going to hurt the taxpayers that are already here,” said DeFelice.

In order to qualify as a refugee, one must have fled the country and been staying outside of their country of origin. Many end up living in countries such as Jordan, Egypt, Turkey and Lebanon, where there are refugee resettlement camps. While living in these camps, individuals and families begin the process of applying for resettlement in accepting countries, such as the United States.

Before coming to the attention of organizations like HIAS and the Nationalities Service Center, refugees have to apply for refugee status through the federal government. In this complicated process, the Department of State will identify refugees and provide them with vetting and travel documents to legally arrive in America for resettlement by a nonprofit partner. This process can take up to two years.

When families arrive in the city that was chosen for them, the state department regulates that nonprofits working with the family provide a culturally appropriate meal. Judi Bernstein-Baker, the executive director of HIAS, recalled a time when a new Syrian family arrived, another family that had already arrived months prior went ahead to prepare the meal for them.

“This deed demonstrates that this group will be very successfully integrated because they are going to be self-sufficient through relying on each other,” said Bernstein-Baker. 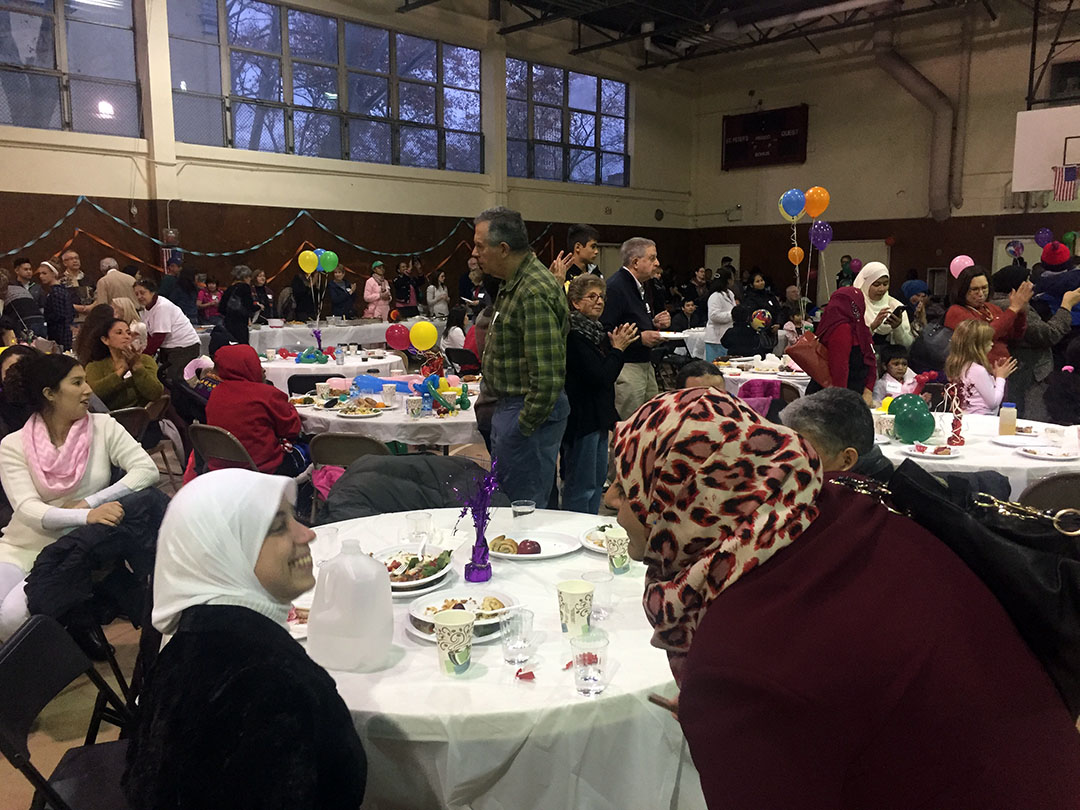 HIAS has records of settling a large portion of their recent Syrian refugees in Northeast Philadelphia. In this area, there reside more than 20 different families who have been resettled through the program and process HIAS provides.

The resettlement timeline for refugees ranges from 30 to 90 days of agency and government aid upon arrival to the United States after receiving refugee status. Some services these organizations provide individuals and families with are assistance with social services, immunizations, employment and getting children enrolled in schools. It is a standard goal to have 80 percent of refugees employed within four months of their arrival in Philadelphia.

A significant number of refugees come with families of young children who are quickly enrolled in public schools and taught english. HIAS provides after school programs at various elementary schools across the city to help refugee children with homework and to practice their English as a Second Language (ESL).

The nonprofit partners students with volunteer workers Monday through Thursday after school to get more comfortable with ESL.

Mutaz Barnwi, an International Public Relations master’s student at Arcadia University has been volunteering with HIAS’ after school program since September 2016. Barnwi is originally from Saudi Arabia and is often able to communicate bilingually with the students in both English and Arabic.

“These students can tell me so much about the differences between school in their home countries and in the United States,” said Barnwi. “They were treated poorly in the classroom and had a really hard time back at home. Their stories have made me want to be part of this group to help them.”

HIAS also provides a similar ESL class for adults as well. This class does not offer homework help, but rather lessons about when to call 911, how to apply for a driver’s license and other procedures for day-to-day activities. The program calls these lessons “survival English.” It includes financial literacy and things needed to know to navigate through America. 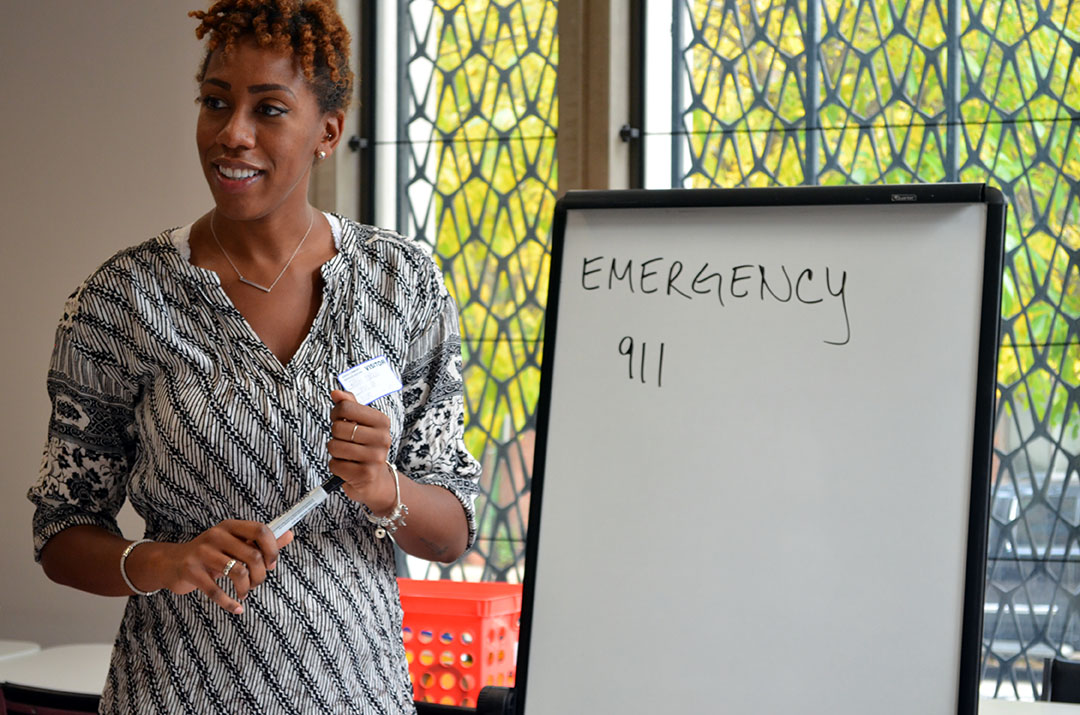 The class meets every Tuesday and Thursday morning for two hours at the HIAS office on Arch Street in Logan Square. The goal is to make English relevant for these non-native speakers. The teacher will typically engage the adult students via drawing on the whiteboard and verbalization to practice speaking in English. 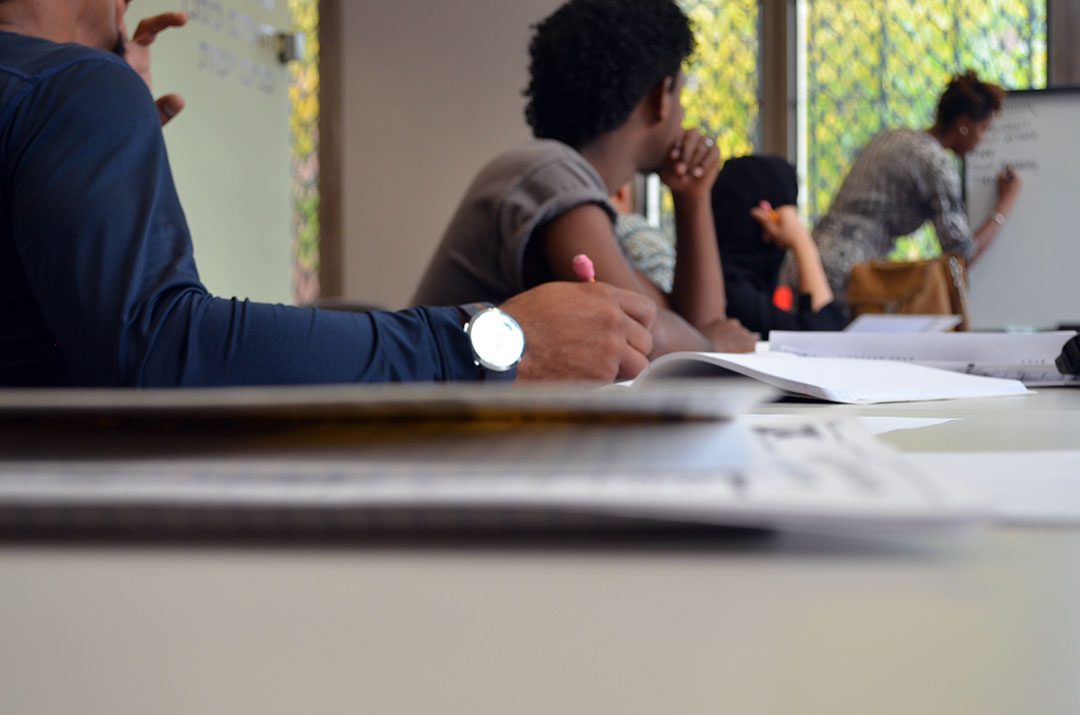 Aside from providing ESL classes, HIAS and the Nationalities Service Center often refer refugees to the Arab-American Community Development Corporation. The organization works with the surrounding community to provide any other necessities the refugees and their families may need.

Amnah Ahmad, the associate director of the AACDC, visits five families every week to make sure their homes are properly furnished, welcomes them into their community and checks in on their progress. Ahmad, along with eight to ten volunteers, spends every Monday doing this work.

“We’ll bring them a set of cooking ware, a set of plates, a set of silverware, everything,” explained Ahmad. “We give them a washer, dryer, a whole bedroom set for all the children in the house and the parents.” 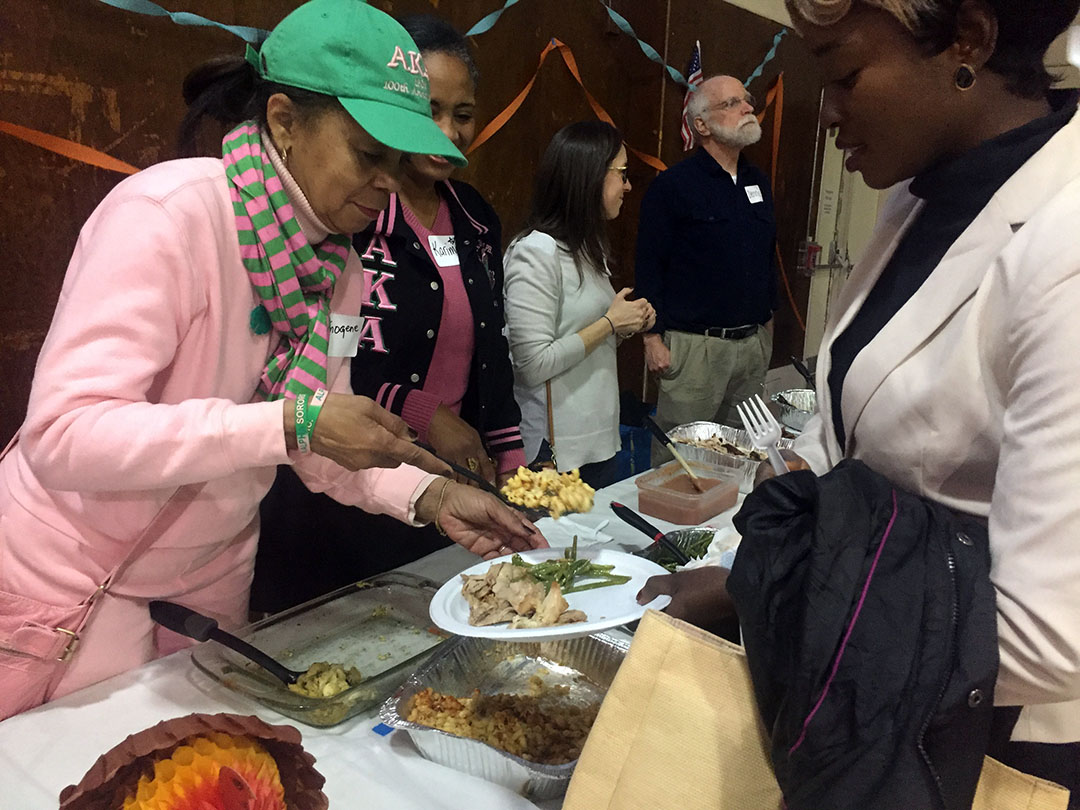 Additionally, HIAS has provided programming for refugees to network amongst each other and further integrate with the community. In November, the nonprofit hosted their 8th annual Refugee Thanksgiving. The Refugee Thanksgiving brought together multi-faith and inter-ethnic communities consisting of people HIAS resettled in the past year for their first Thanksgiving dinner.

The model used is based off the success of the Philadelphia Refugee Mental Health Collaborative, which worked under the Lutheran Children and Family Services, an organization that helped resettle refugees in Philadelphia until June 2016. 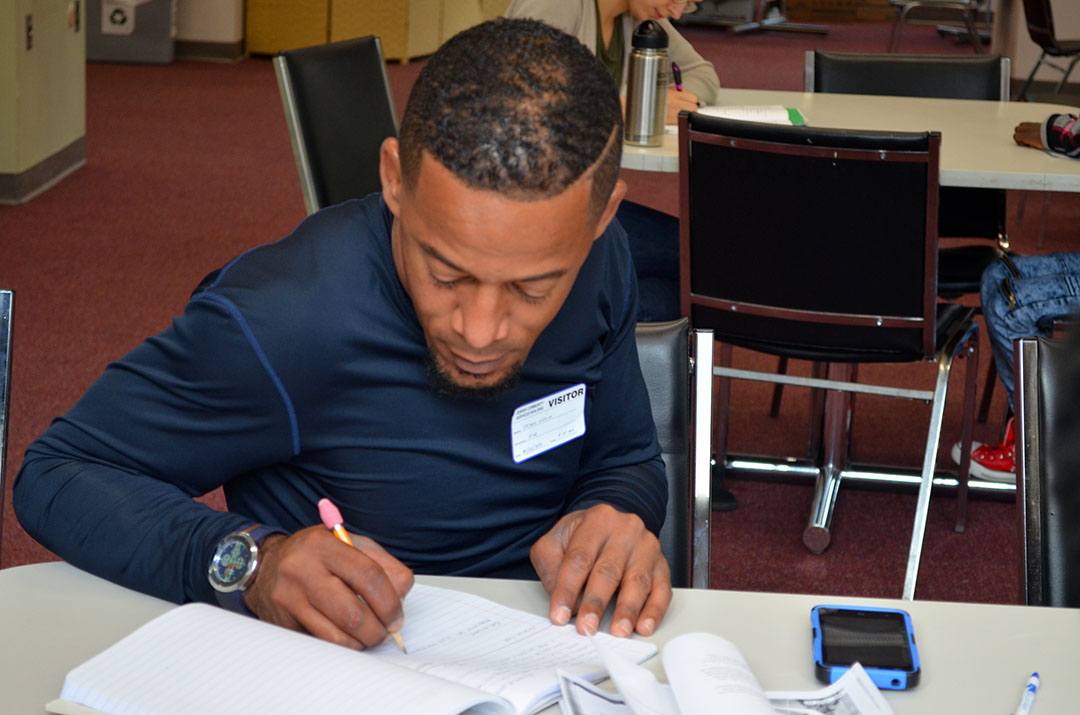 All of the refugees working with Nationalities Service Center are screened for any signs of depression and anxiety during their resettlement process. After the screening, there is a prevention phase to educate refugees about nutrition, stress and what are considered to be the eight dimensions of wellness.

The last phase in the mental health and wellness program is healing, where Nationalities Service Center often refers refugees to the right medical services for their needs.

In a further attempt to engage the community, Médecins Sans Frontières (MSF), commonly known as Doctors Without Borders, held the exhibit Forced From Home to raise awareness of the world refugee crisis. The organization toured five cities around the country, including Philadelphia. 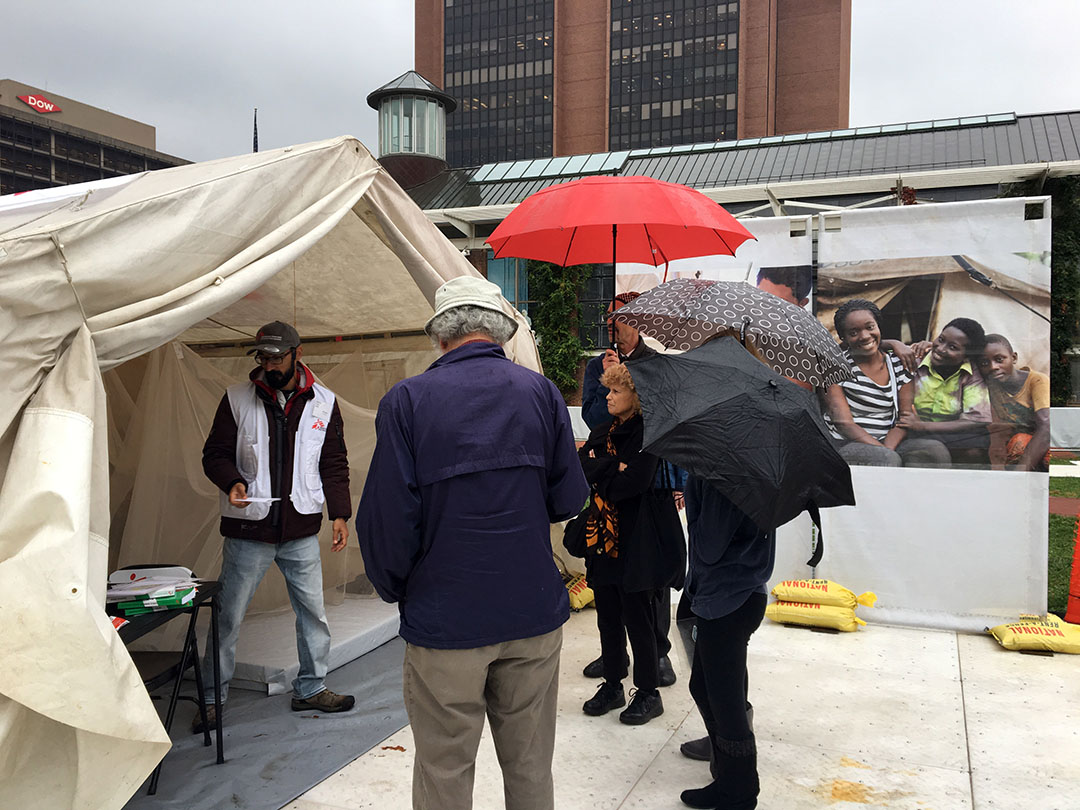 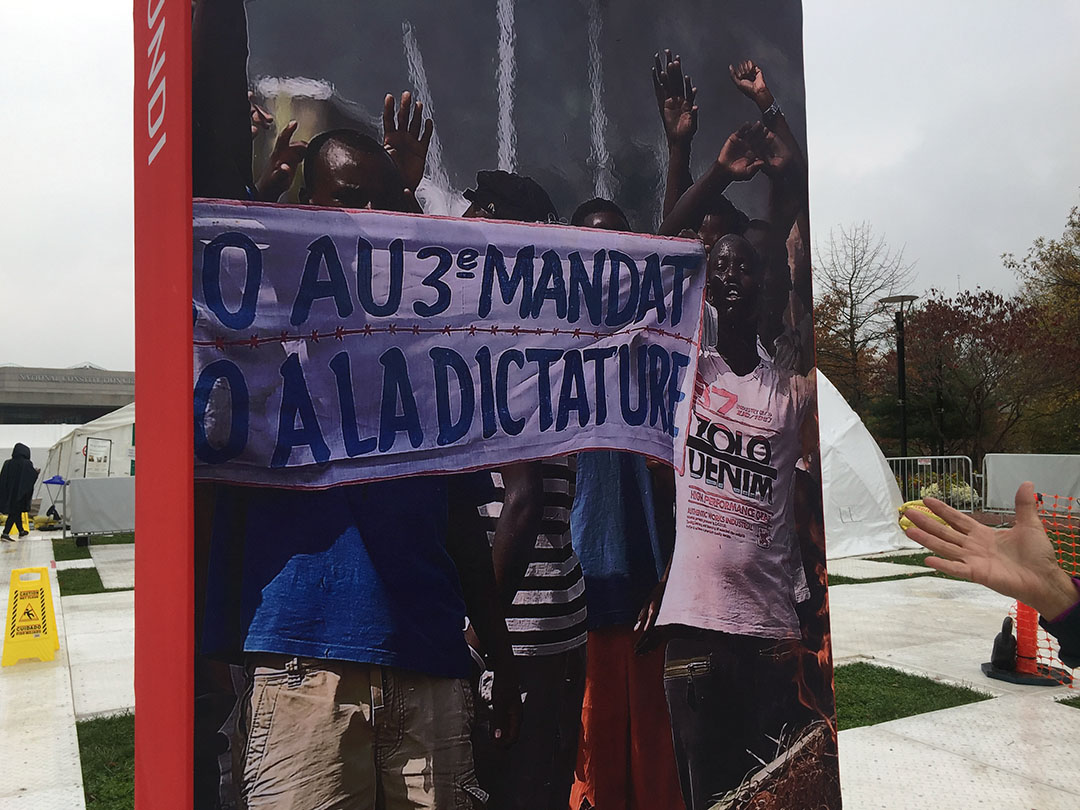 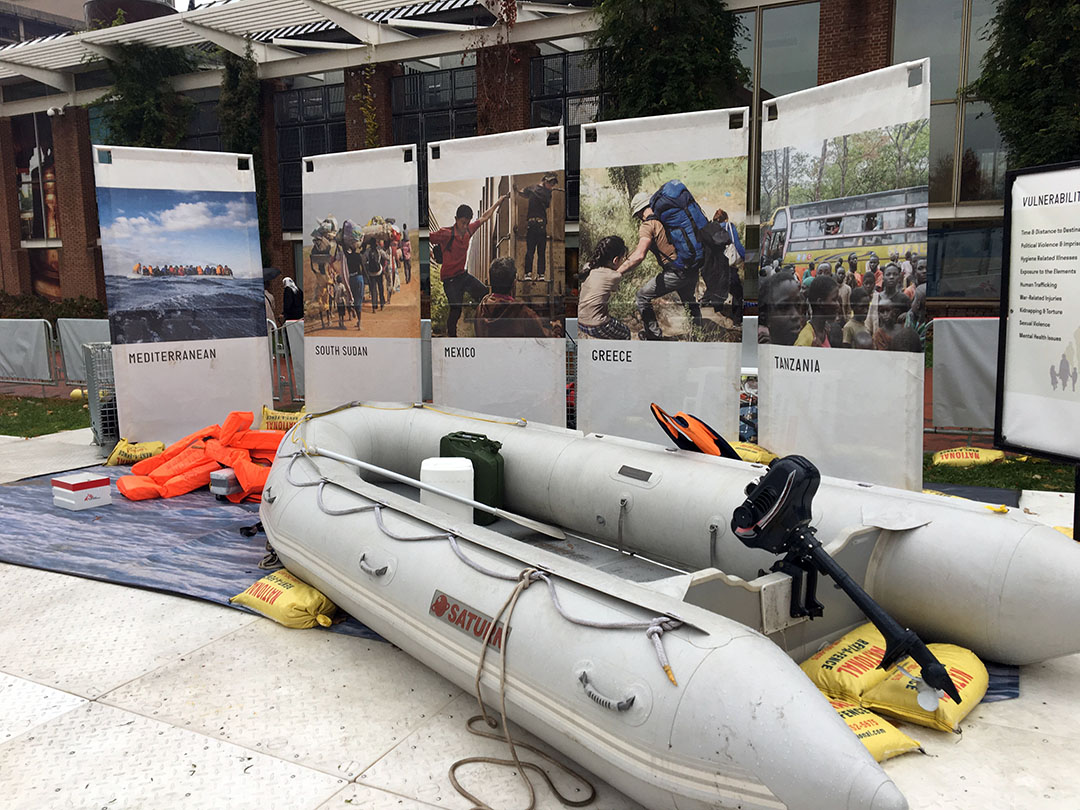 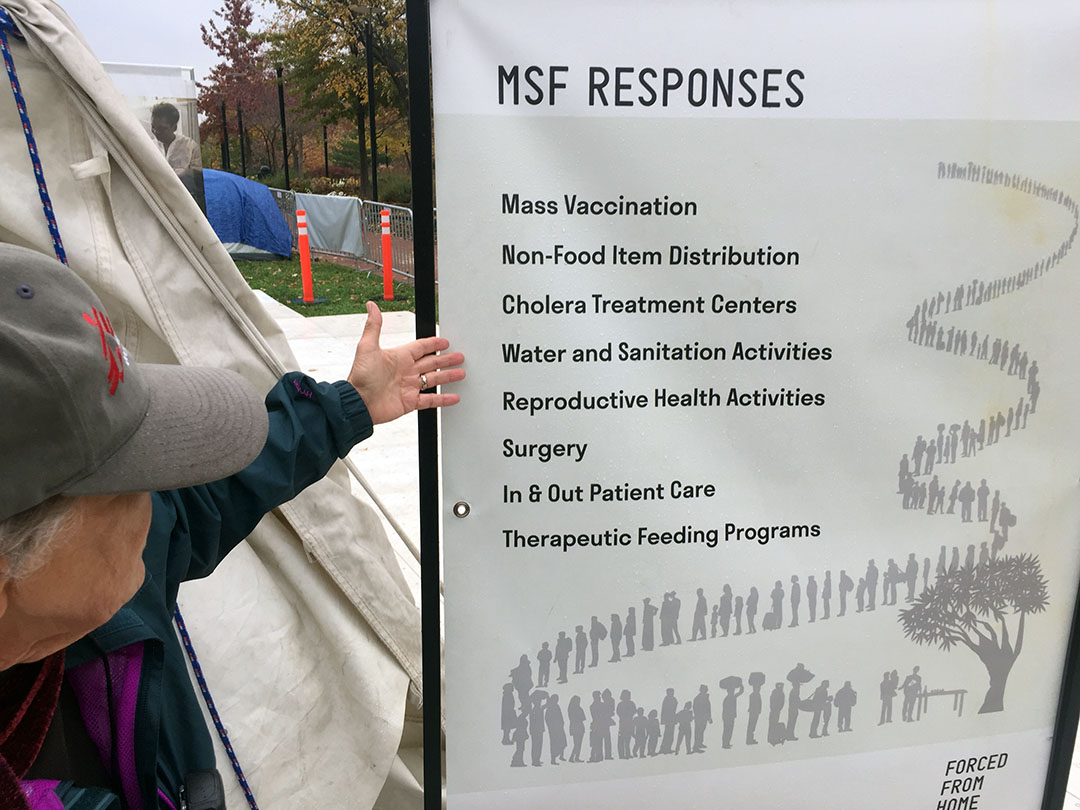 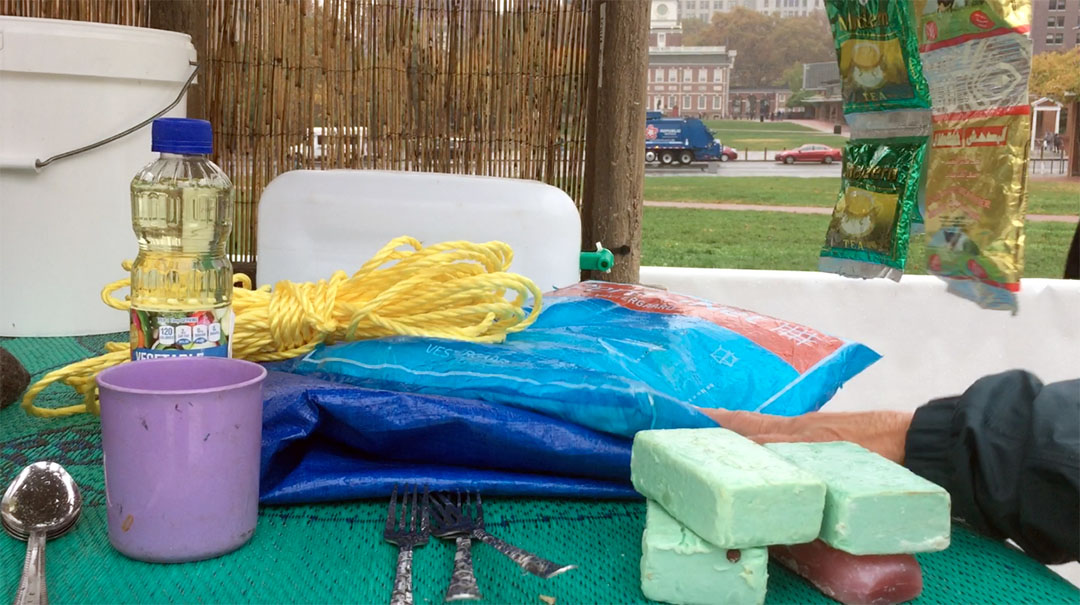 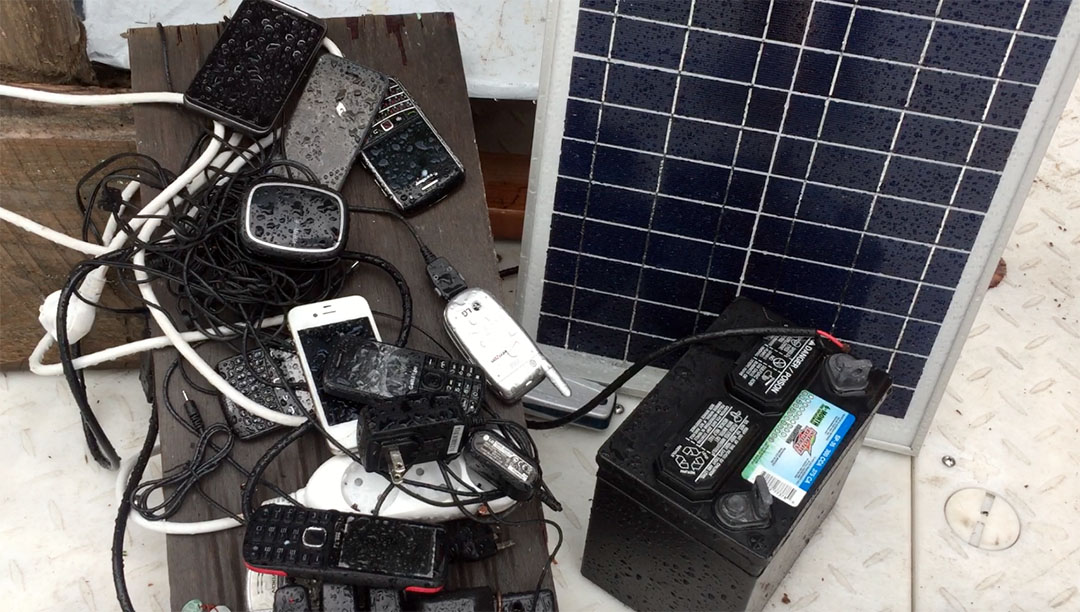 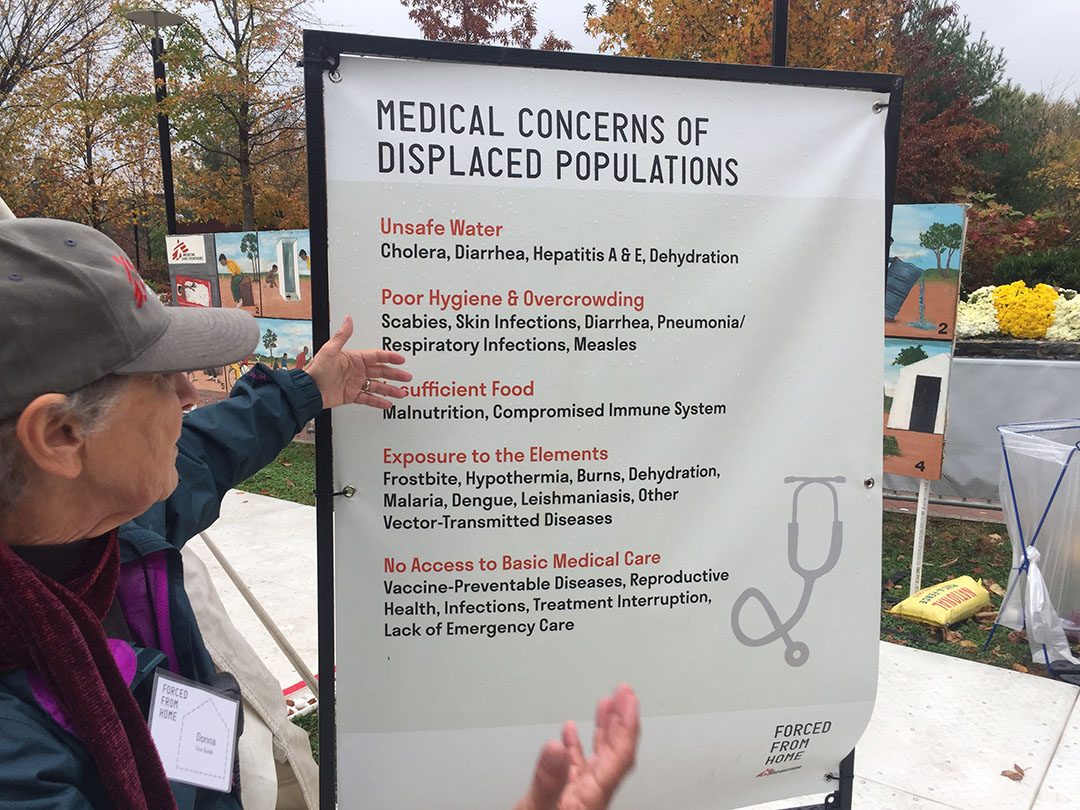 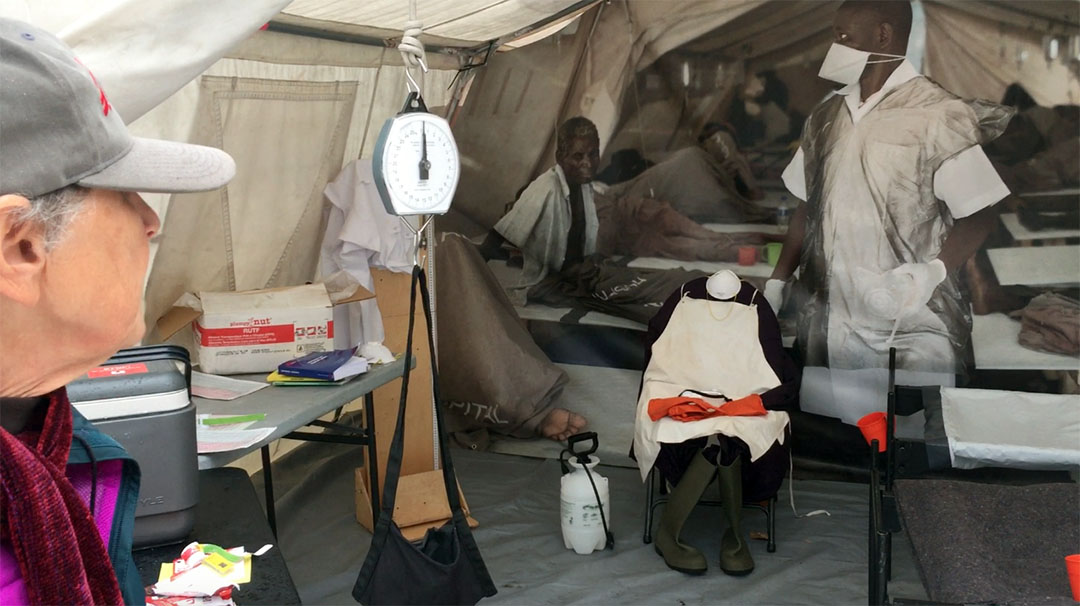 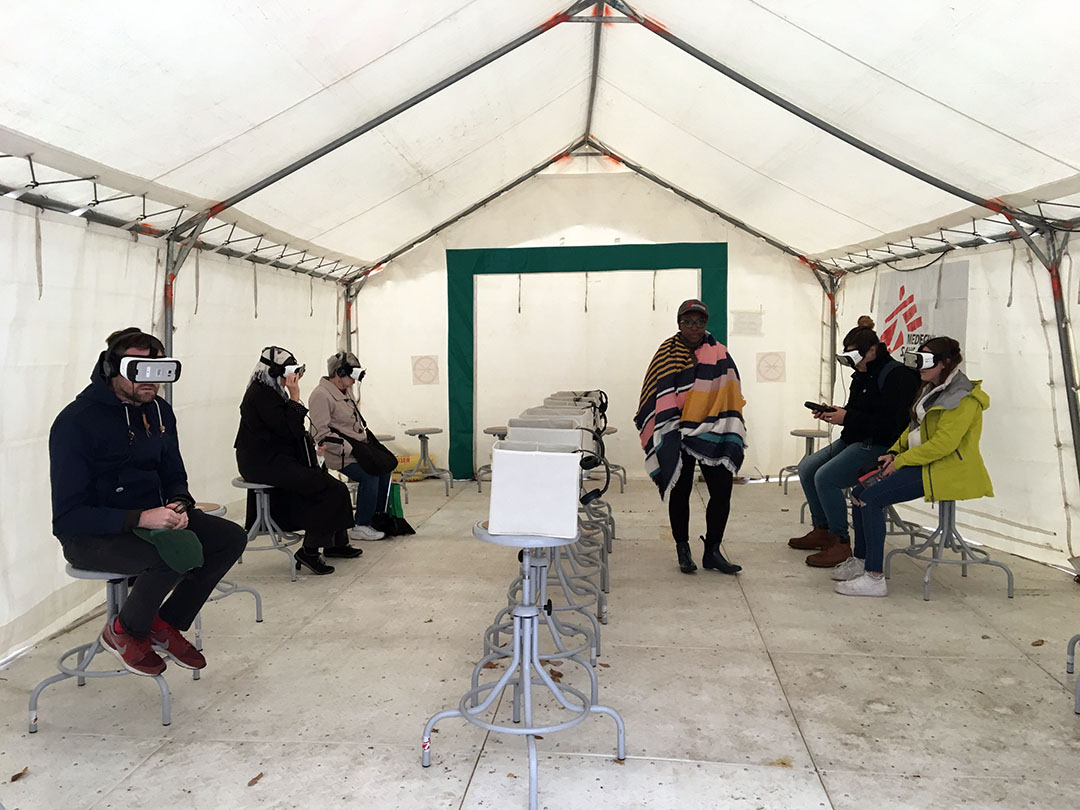 <
►
>
Some refugees flee their countries of origin by boat.

The week-long display consisted of guided tours led by aid workers, videos showing the stories of MSF camps, virtual reality programs and a walk through to demonstrate what it is like to flee one’s country.

“You can look in your own cities and your own neighborhoods [to see] what organizations are working with refugees, what the needs are, what it might be like if you’ve undergone such a traumatic displacement,” said Doctors Without Borders field worker Donna Canali.

– Text, video and images by Aish Menon and Elly Perlowitz.

[vimeo 75819579] The Church of Saint Martin-in-the-Fields in Chestnut Hill is reviving spirituality in the community with its new program, Wellspring. The program’s intent is to provide an outlet for a less structured religious experience. “Wellspring is [Read More]

In lieu of the Philadelphia School District budget crisis, Houston Elementary in Mount Airy has created a different model for creating and funding various after school programs. With the decrease in funding from the state [Read More]