Contrary to the impression viewers might get from primetime television every Monday night, professional wrestling is not a self-sustaining job.

Beyond the television screen are thousands of independent wrestlers across the country, each with their own aspirations, goals and motives for getting into the business.

Many seek fortune and fame in the WWE. Some wrestle to stay in shape and others wrestle because it makes for a fun release from their regular lives.

A native of Northeast Philadelphia, Brian Johnson wrestles for all three of those reasons. 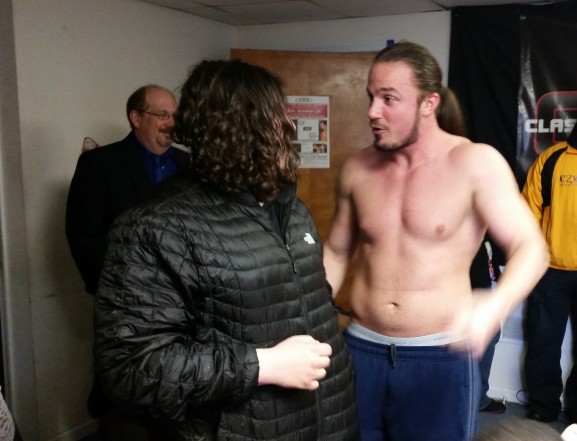 “It’s a crazy lifestyle,” Johnson said. “I work a government job from nine to five down in Center City, and then I’m training two to three nights a week. It’s like having two full-time jobs.”

Though his affiliation with professional wrestling began as a fan, Johnson, who his fans affectionately refer to as “Number One,” has been wrestling for eight years and has since taken his talents to several wrestling companies along the East Coast, including his current gig at Old Time Wrestling in Williamstown, New Jersey.

Johnson attended Father Judge High School before spending a year at Arcadia University. When he decided his dream was to become a professional wrestler, Johnson dropped out, devoting himself to getting better in the ring while hoping to one day make a career out of the job.

“I don’t know how many other guys at 25 years old can say they’re doing the same thing they said they wanted to do when they were 7,” Johnson said. “I’m living the dream.”

Another wrestler, Adam Chandler, is very familiar with Johnson as a rival inside the ring and as a close friend on the outside. He can also attest to the struggles wrestlers have in finding time to hone their craft, as he works two jobs himself. 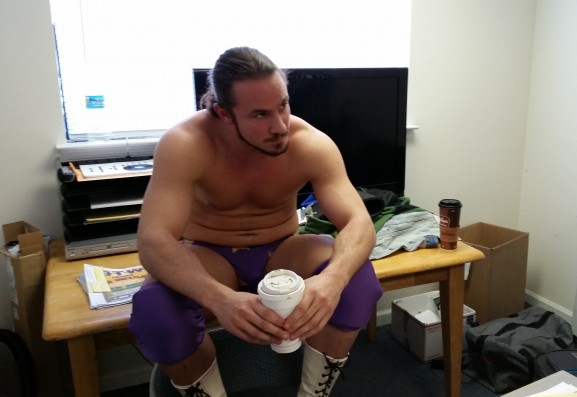 “It can be difficult finding time to train,” Chandler said. “Weightlifting has helped me come a long way, and that’s the part I like about training the most. There’s mornings where I’m up at 5 a.m. training before making both my shifts and then waking up the next morning and doing the same thing all over again.”

As for his WWE aspirations, Johnson is keeping eyes and ears open to new networking opportunities and believes his time to shine is still to come.

“There’s no rhyme or reason as to why they pick guys, but I’ve got some time under my belt,” Johnson said. “I need to put on size, everybody does. It’s about proper nutrition, but it’s also about getting in front of the right people in tryouts. Maybe one day they’ll be looking for a guy with a ponytail that can work half-decent.”